How ’bout some dedication to your craft, sir 😉

Are you telling me all these guys are for NPCs? If so, where are the characters? Are they the ones we’ve already seen for the four guys?

It’s too cold for sculpting but mostly, I’m lazy.

These are the characters 1Love, 3Some and 4Play. Only 4 NPCs done so far.

I still have mixed feeling on reloading as an action. I feel the opposite to you. I think having only a single action per turn makes the penalty for reloading too high. Although I’m also imagining my guys waiting for the enemies to run out of ammo and reload before popping out for the kill.

@DSG
Can you describe the 54mm game you played in more detail?

The long wait for GZG to release their new fighters. The thing I really like about space game is the terrian is easy to put together. 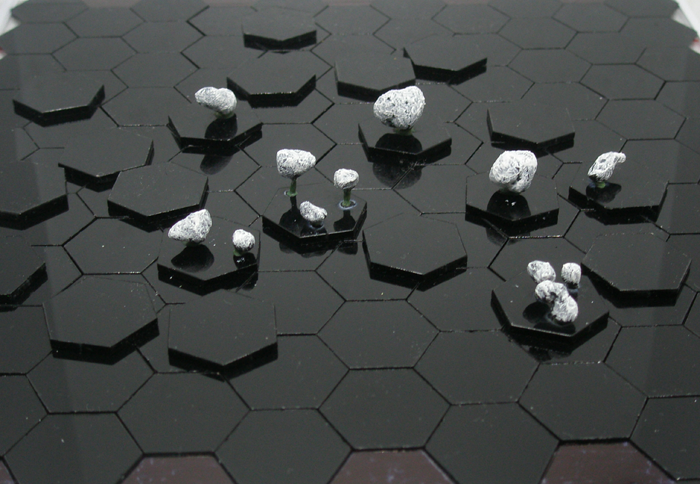