Hello Mike, this one isn’t really a close-up but does show a bit more.  I did John Carter using black hair (as described in the books) but using pale flesh (the shade that I tend to use for Northern Europeans).  When I did the first lot I painted the hero figure with the flesh colour that I use for South Europeans, but that looked half way to the Red Martian colour.  I now use that base for John Carter’s son Cathoris, and his lady. 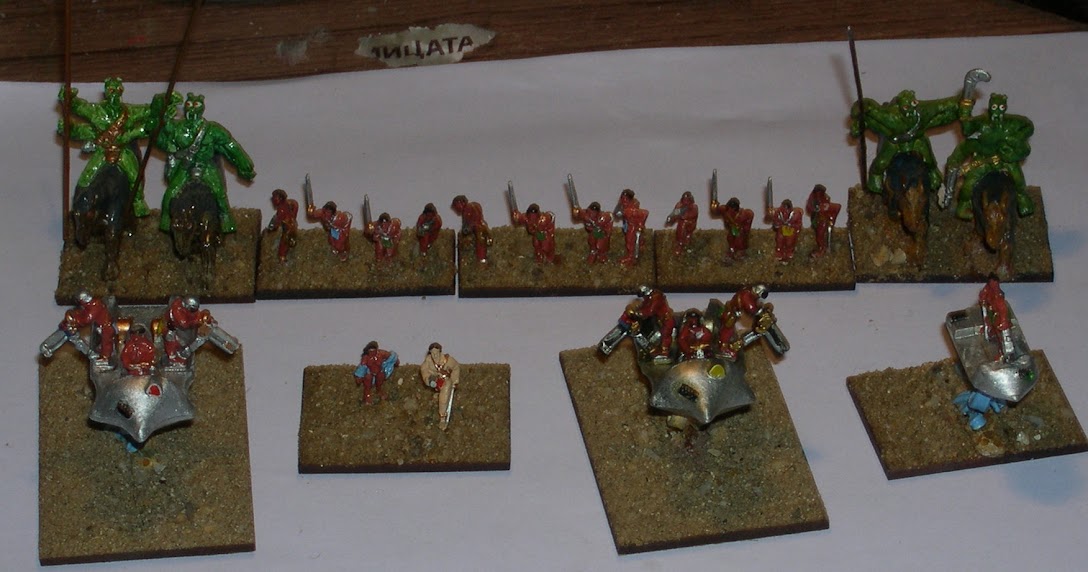 I might try a bit more of photography some time, but it always seems to do better with a lot of light.  These were done with artificial light.  I think that the sunshine outside today is a little too hazy to get better pictures.

The Green Martian leader figures doesn’t look hugely different from the other lancers.  I have one done on its own on a base as a Hero for either “Hordes of the Things” or “Warfare’s Tremendous Feats”.  The other one (which I painted as part of the new batch) I based as a Knights/Lancer with an ordinary lancer.  On the picture with 8 bases of mounted it is the base on the right end of the front row.  The leader figure has one of his hands on his holstered pistol, and is holding two of his other hands up, palm outward, with no lance.