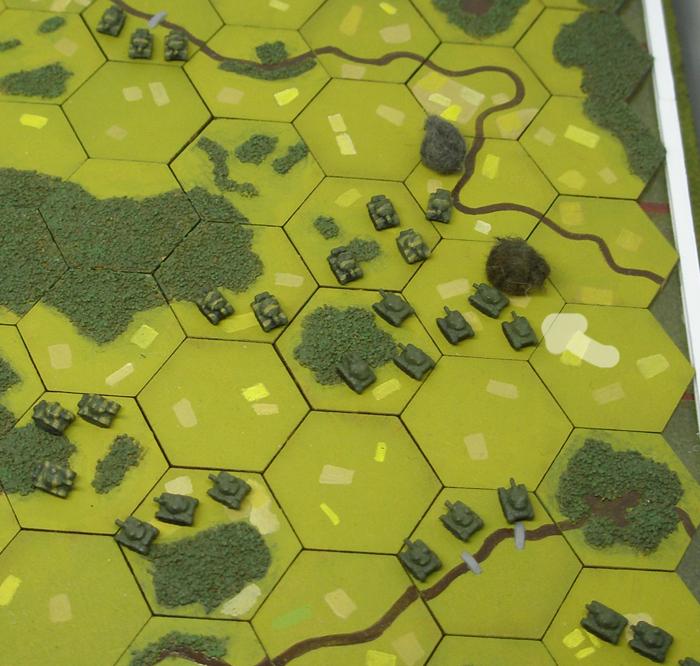 The battle resumed with attacks and counter attacks all cross the line. Northern forces moved a platoon south to replace the destroyed platoon on the southern most flank, but left a hole in the middle of the line while reinforce struggled to reach the front line. They also launched another attack on the northern flank caused some casualty but was quickly reinforced by the reduced platoon in reserve. Southern forces then counter attacked and wittled down the Northerner platoon defending the river shore.

Else where, the last platoon of reinforcements arrived for both sides. 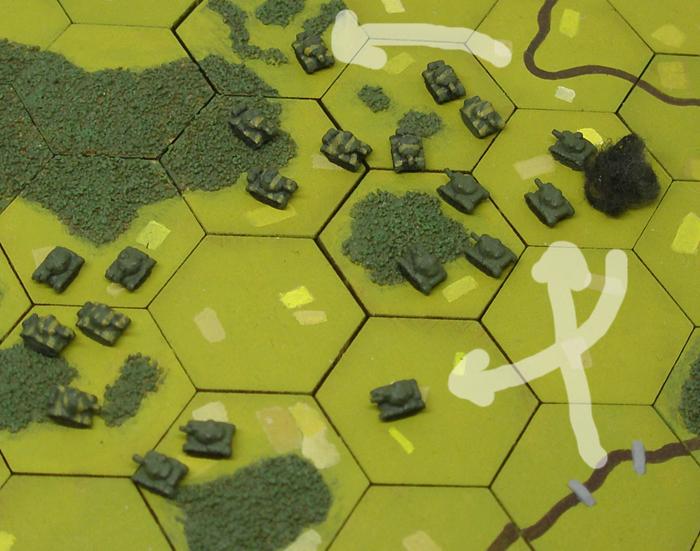 Nothern forces pulled back it’s depleted platoon at the river bank. Southern forces exploited the hole between the Northerner line, sending a fresh platoon into the gap but without getting shot at and taking casualties. Southerners then did a strange move, pulling back the depleted platoon in the north and switching it out with their final platoon of reinforcment. 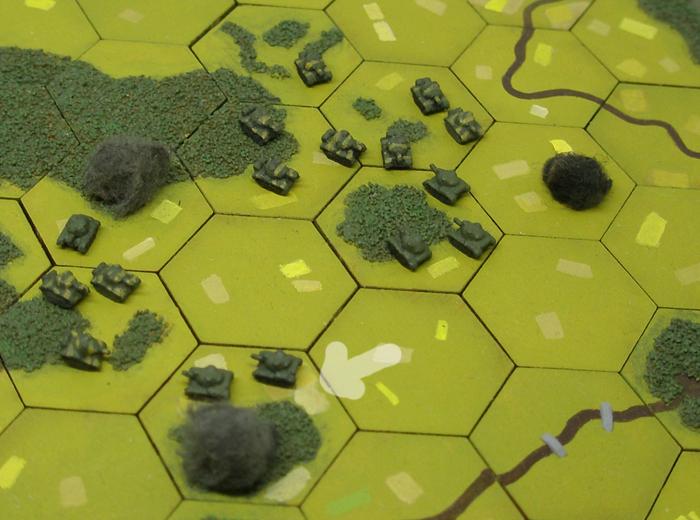 The elaborate maneuvering didn’t save the Southern forces as their northern defense collapse despite the fresh platoon sent there, Norther forces had managed to make good their loss by plugging their own reinforcement there. To the south the trapped Northern platoon managed to hold it’s own against two Southerner platoons, gradually wittling them down without any loss. 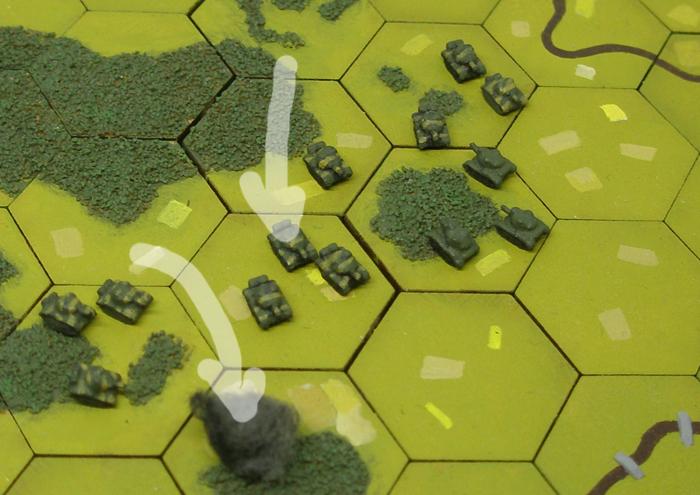 Sounthern forces realized they needed to concentrate their force in the south, pulled the infiltrating platoon back but the Northerners seeing the chance to close the gap sent a full platoon after the Southerners and through coordinated attack destroyed the final resistance in the southern flank. Southern platoon somehow managed to hold on despite being attacked form multiple sides for most of the battle. 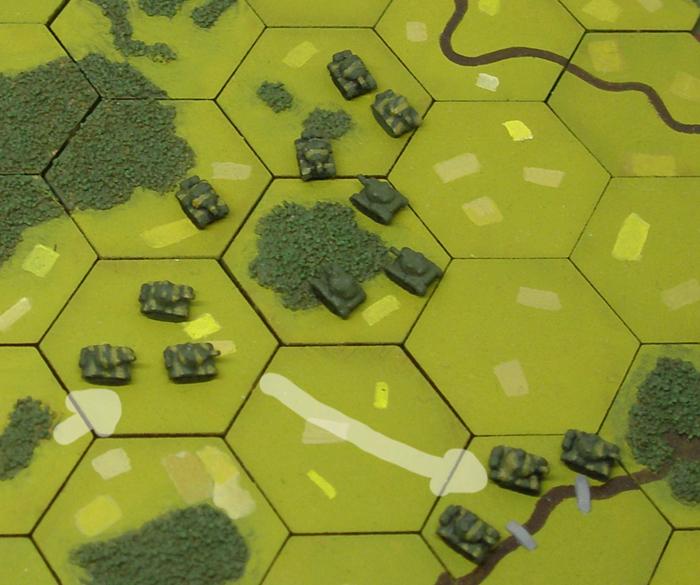 The way clear Northern forces rushed to capture the bridges and cut any hopes of reinforcements, signalling the doom of the remaining Southern platoon. The single Southern platoon fought on and managed to hold off yet another attack even as their government press for a ceasefire.