Some photos from today’s playtest – did a single US platoon dropping into an LZ, with the VC at the treeline. Fleshed out a lot of rules, things like disembarking / embarking, touch-and-go landings, detection, etc. Its always surprising just how many things you discover and alter during the first few playtests of rules.

Slicks inbound to the LZ, haven’t yet detected the VC in the treeline, while the VC certainly know they’re coming – they’re just waiting for the right time to strike 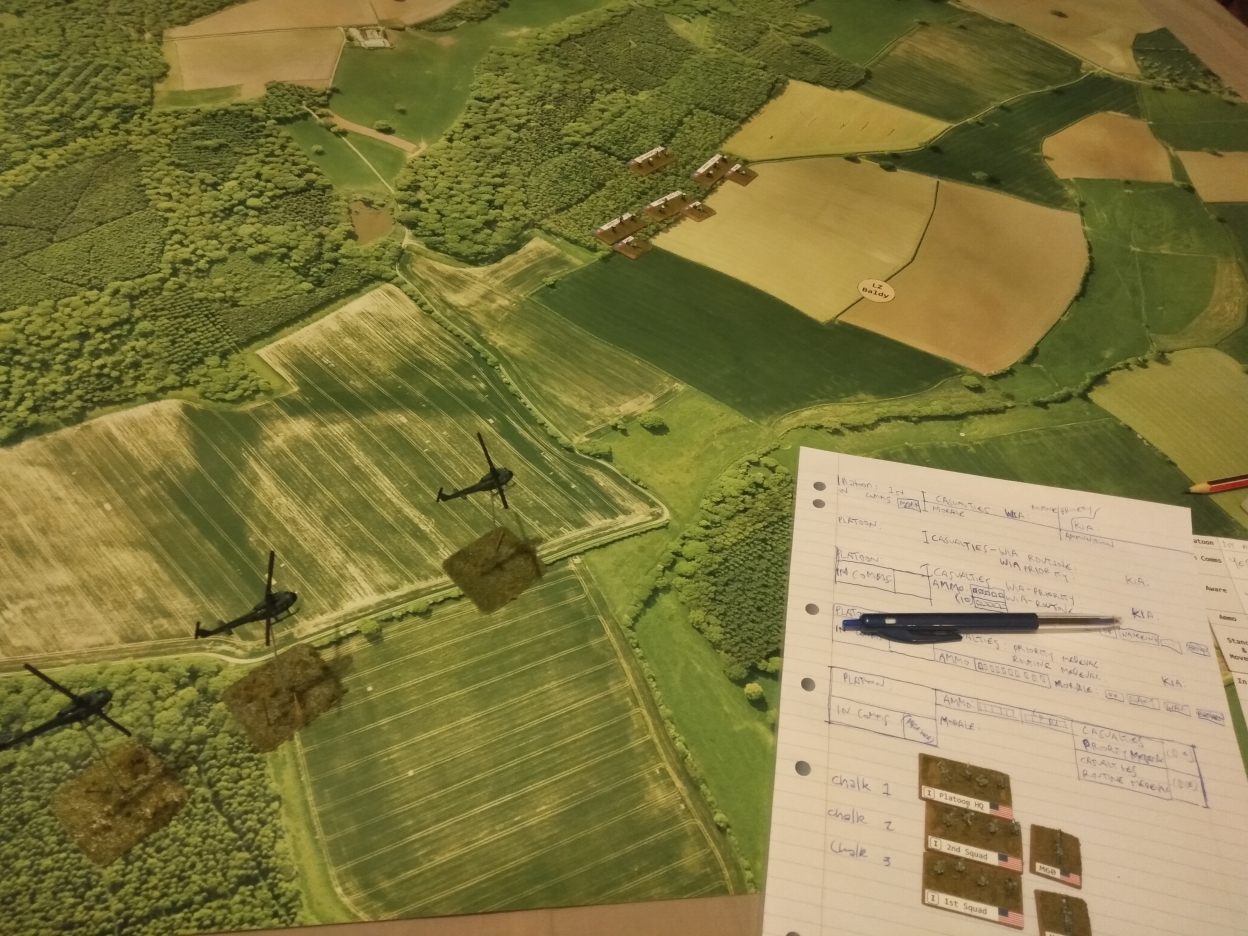 The Slicks touch and go, detecting VC in the treeline and opening fire with the left-hand M60s, suppressing the VC. The US troops dismount, considered to be disordered while first dismounting 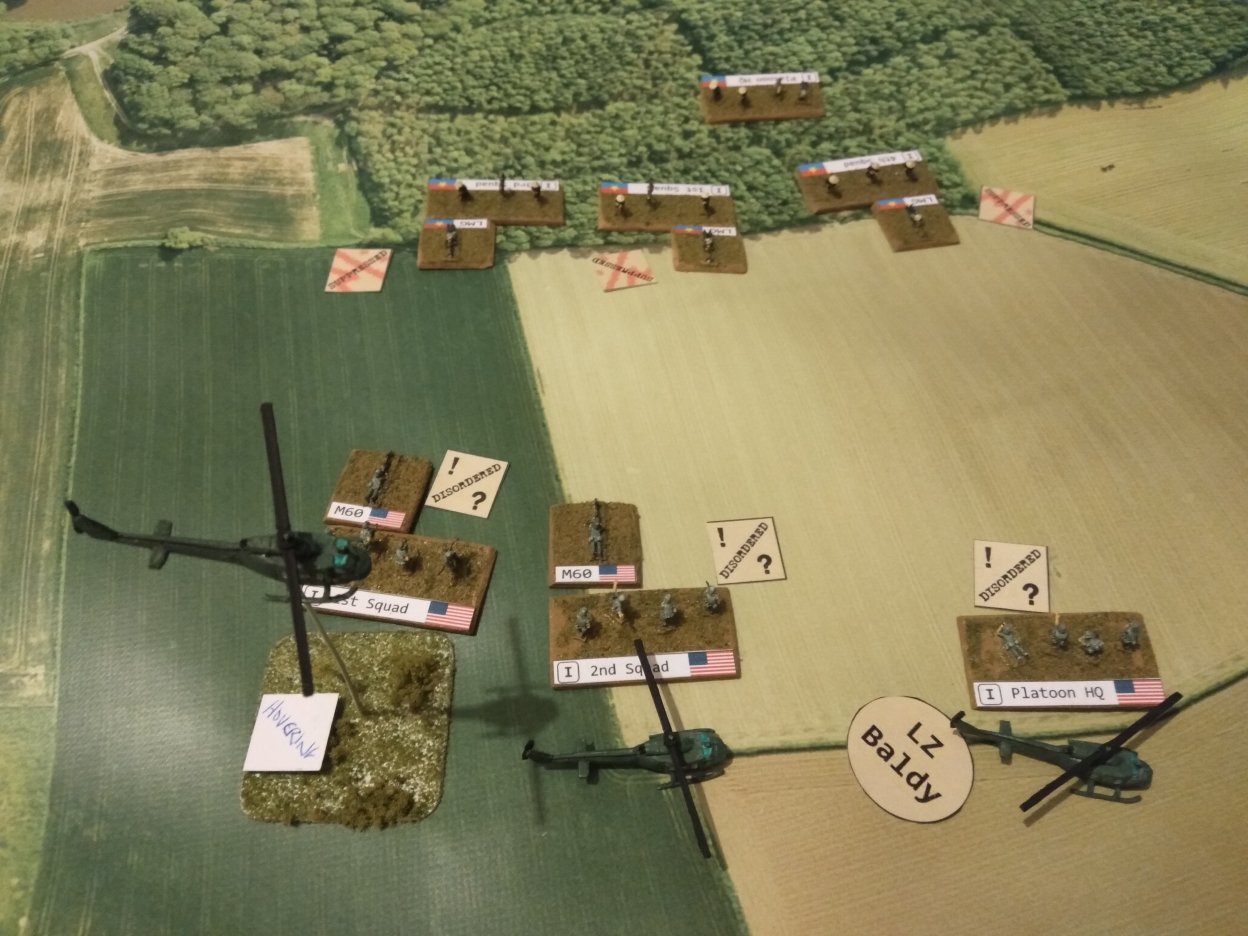 The VC open fire on the disordered US troops, as they hit the ground. The slicks lift off, heading out. (These tracer markers are subject to change…) 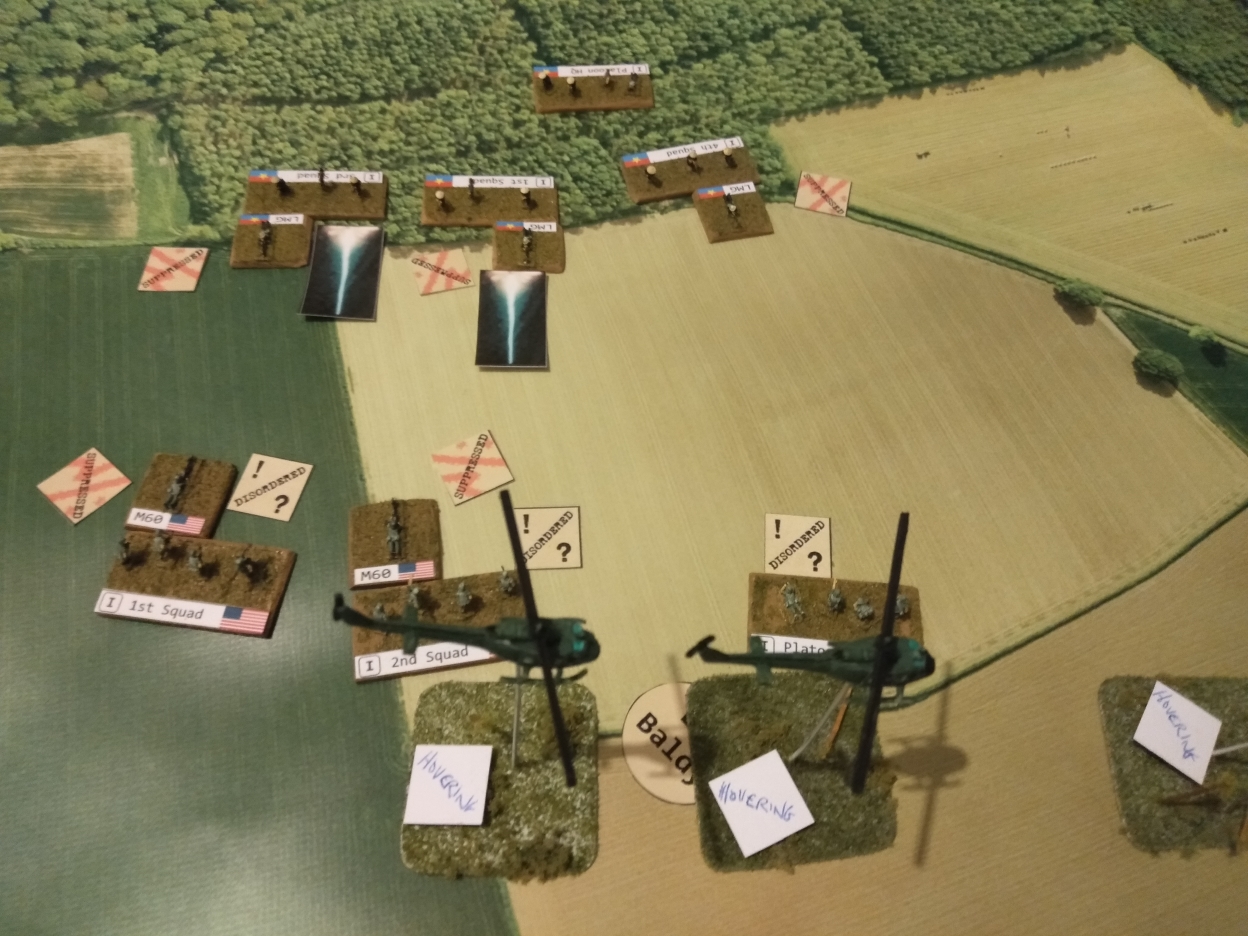 The US open fire on the VC while the VC decide to aim at the slicks, attempting to get some lucky damage with their small arms fire, which forces a slick to RTB (“Its Too Hot!”), and kills the Door gunner in another, also causing that slick to RTB. 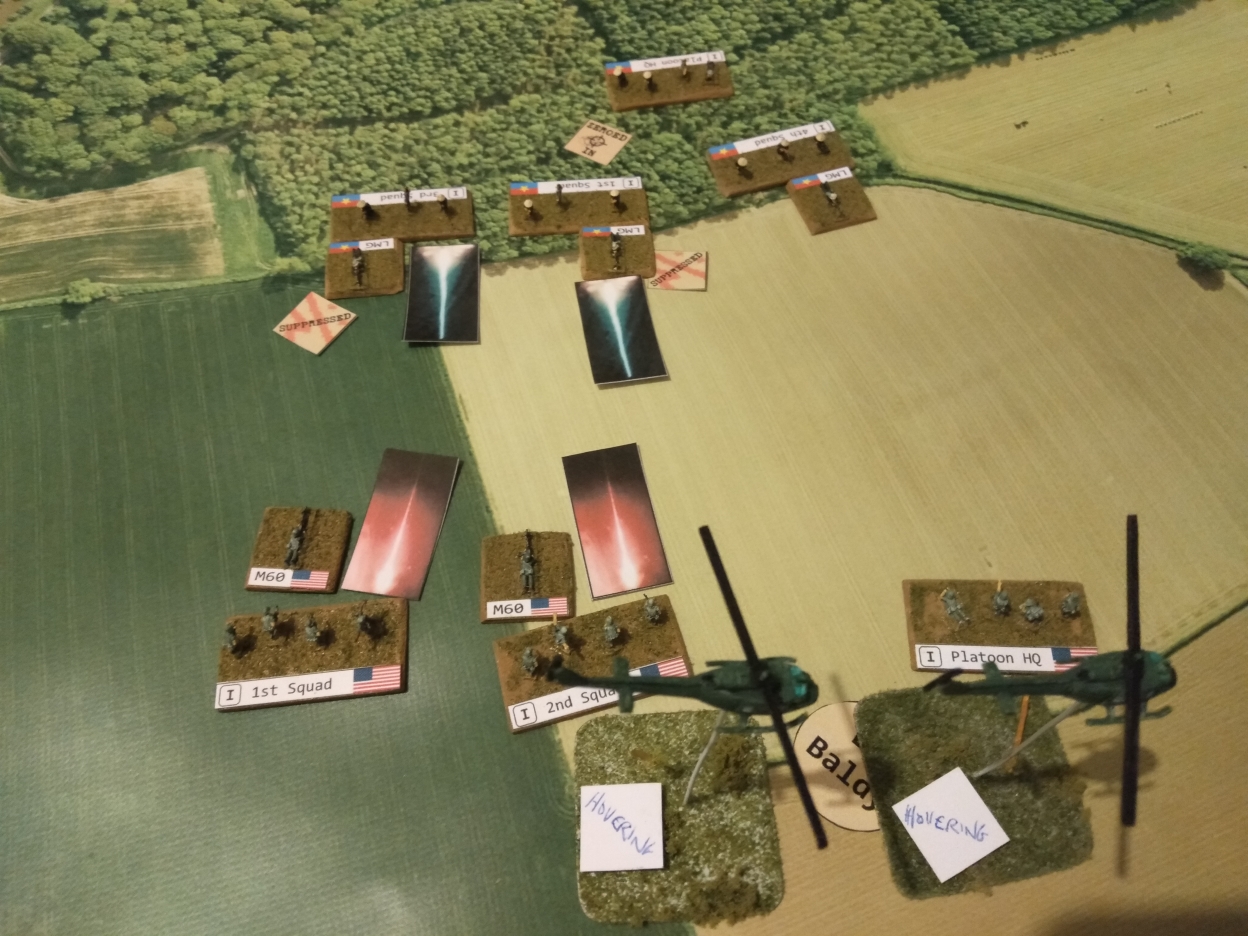 That’s about as far as I took the playtest, as it was mostly a proof of concept on the helicopter rules and how insertions worked. Typed up a lot of things and clarified a few others, so the Helicopter section is looking a lot more healthy now. I decided I will have a helicopter roster sheet where damage can be tracked (and troops aboard placed), to prevent too many markers on the table.