Reply To: What's your favourite ancients ruleset and why?

About a year ago I was introduced to Mark Lewis’ Sword & Spear rules, published by Great Escape games. I started GMing S&S games this past spring, and I like ’em.

I like ’em because they play well in a club environment with up to 8 or 10 players in a game, keep everyone involved and entertained, and give a clear win-or-lose result in three hours of play on a club game night.

The S&S rules are well written and understandable, explained with many examples of play. S&S covers all ancient and medieval periods, so may be too generic for specialists, but I think there’s enough chrome applied to the different troop types and army lists to distinguish Bronze Age from Early Iron or Classical. F’rinstance, chariots are not just cavalry with wheels, there are archery chariots vs spear chariots, tribal militia archers are different from regulars and so on. S&S are big-battle rules for big armies, they are not suitable for small skirmishes or pre-state warfare, and will require armies of c. 50 to 80 stands of figures per side. They are scale and mounting-agnostic, and can be played using any size figures mounted to any consistent system, although playing with bigger troop stands increases movement distances and shooting ranges, so requires a bigger playing area.

As written, S&S is designed for one-on-one games, with a nod to multi-player. I hack the rules a bit for club play, by organizing my armies into multiple divisions, each with its own player-commander, and giving each commander his own set of activation/command dice which apply only to his own command.

This is the first rule set in years that’s motivated me to bring out my large collection of WRG-mounted 15mm Bronze and Early Iron age armies and play with them. Here are a few snaps from the first scenario I ginned up, that I ran for two different local clubs, and they asked for more. It’s The Battle of Wawat, a pitched battle between a Memphite Egyptian army (just before early New Kingdom) and a Napatan Kushite army, to raise the Kushite siege of an Egyptian fortified town in disputed territory: 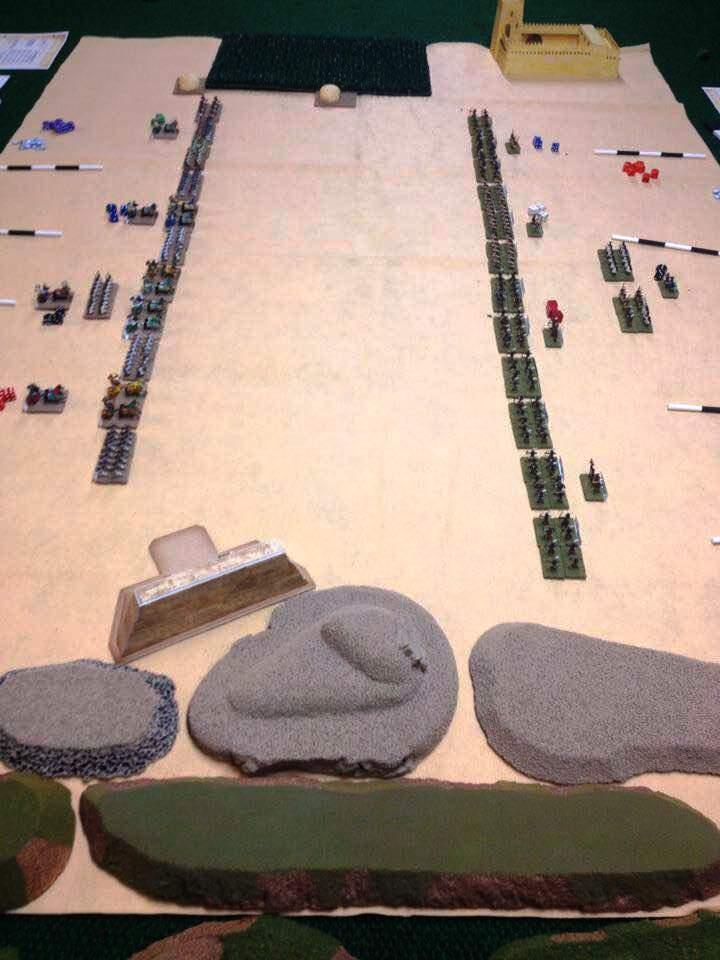 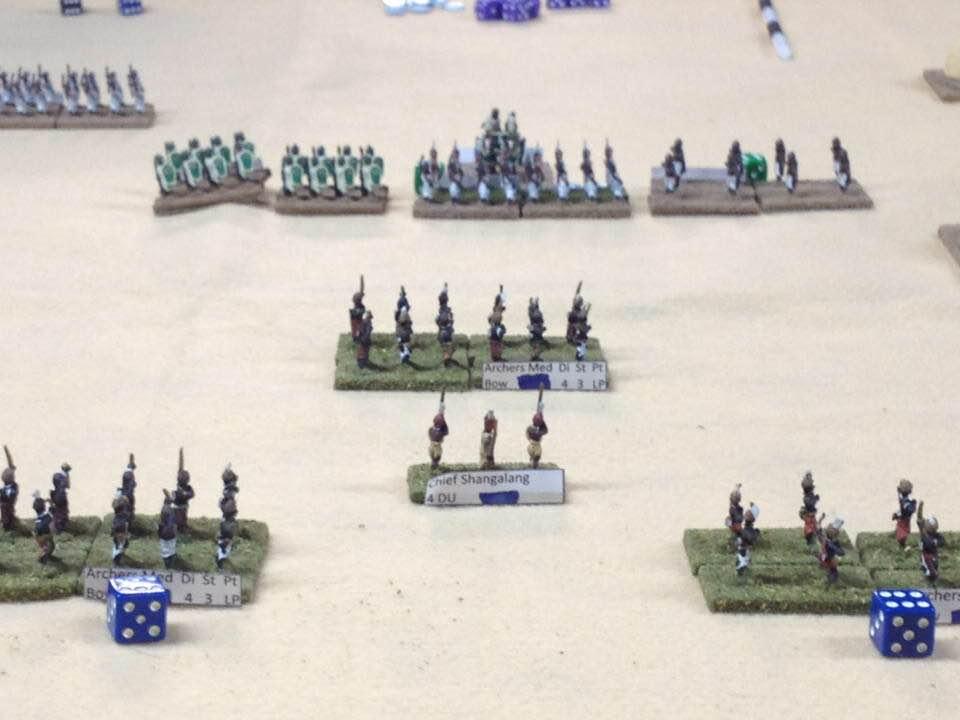 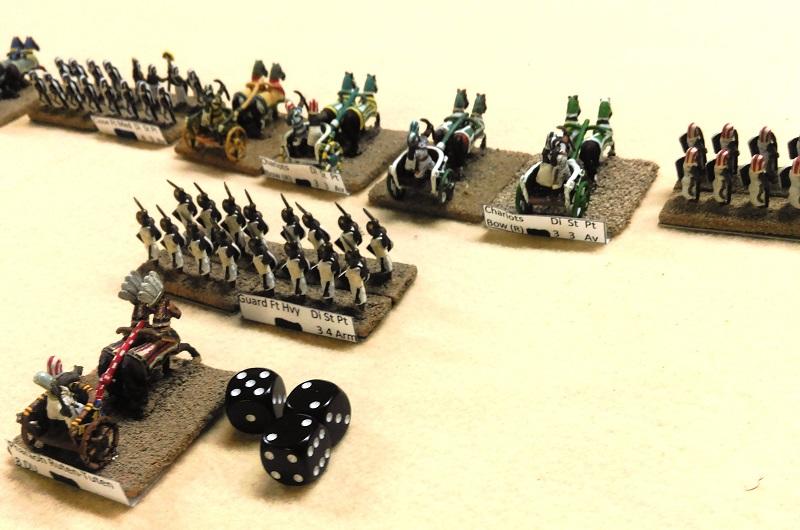 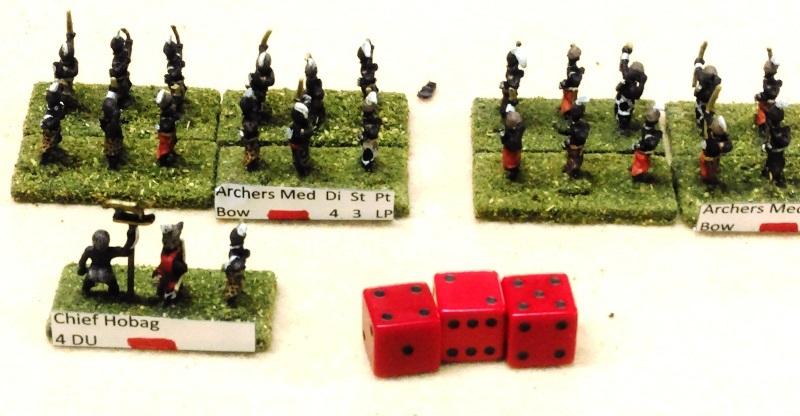 The upcoming game will be The Battle of Mt. Gilboa – The Deaths of Saul and Jonathan. Philistines vs. Israelites for all the marbles.

You'll shoot your eye out, kid!