At 0715, 2nd Lt Herman led a flight of four Wildcats in escort of six SBD Dauntless dive bombers from Marine Scouting-Bombing Squadron 241 (VMSB-241), up against six Zeros of the Japanese Combat Air Patrol.  The mission was sort of a success: five Zeros were downed (two by SBDs!) and the sixth was shot up, no Wildcats were lost, only three Dauntlesses were lost, but no hits were scored on the enemy carriers.

It’s now 0800, and Major Chandler is leading a flight of four Wildcats on an escort mission for four US Army Air Corps B-26s specially modified to carry torpedoes.  The Marine escorts have done a pretty good job so far of beating up on the Japanese CAP, so that the enemy is only able to get four Zeros in the air to oppose them. 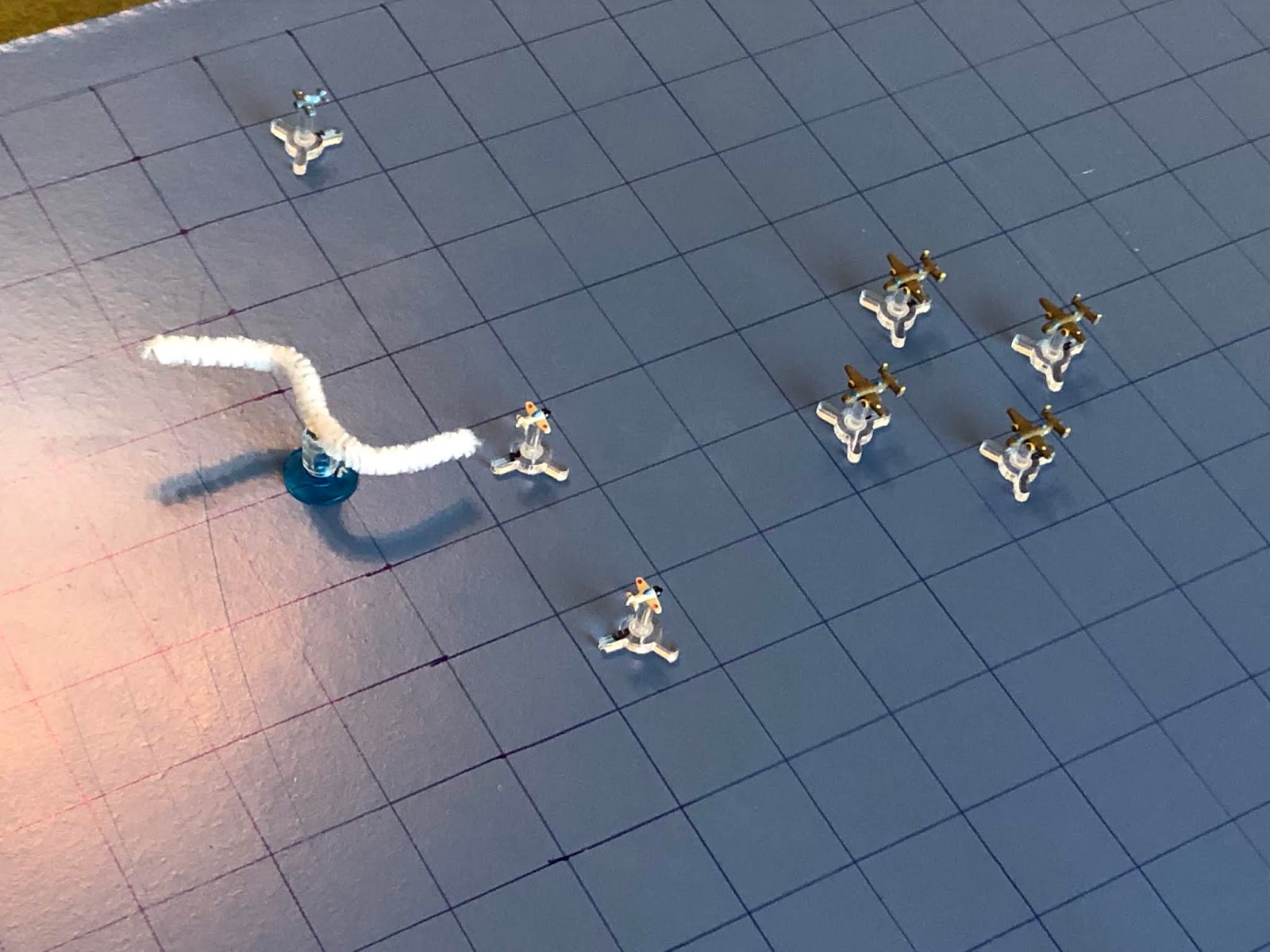 The Marine escorts are getting caught out, staring, as the Japanese Zeros maneuver aggressively against the US bombers. 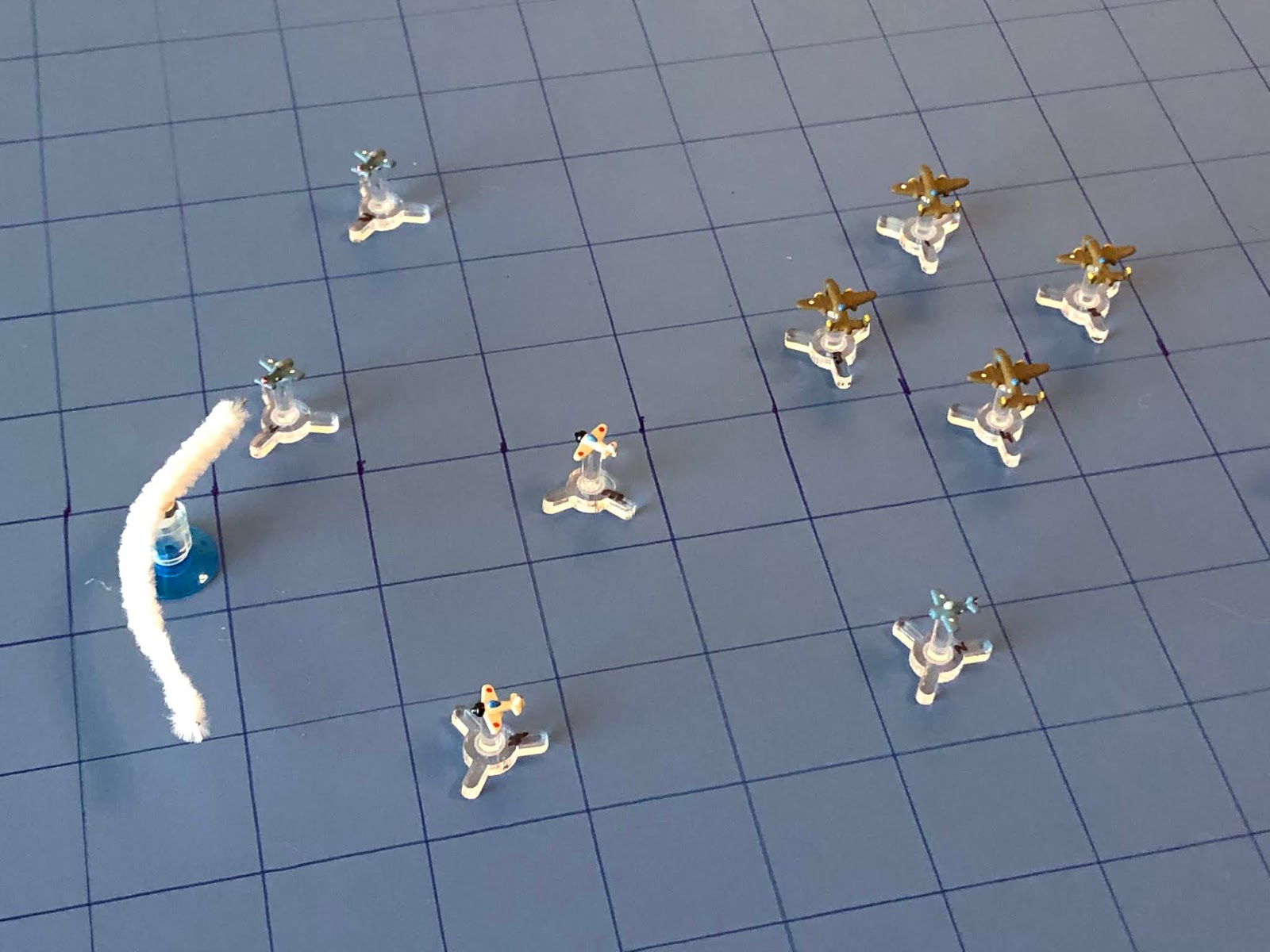 It’s a furball, sky full of twisting planes and tracers. 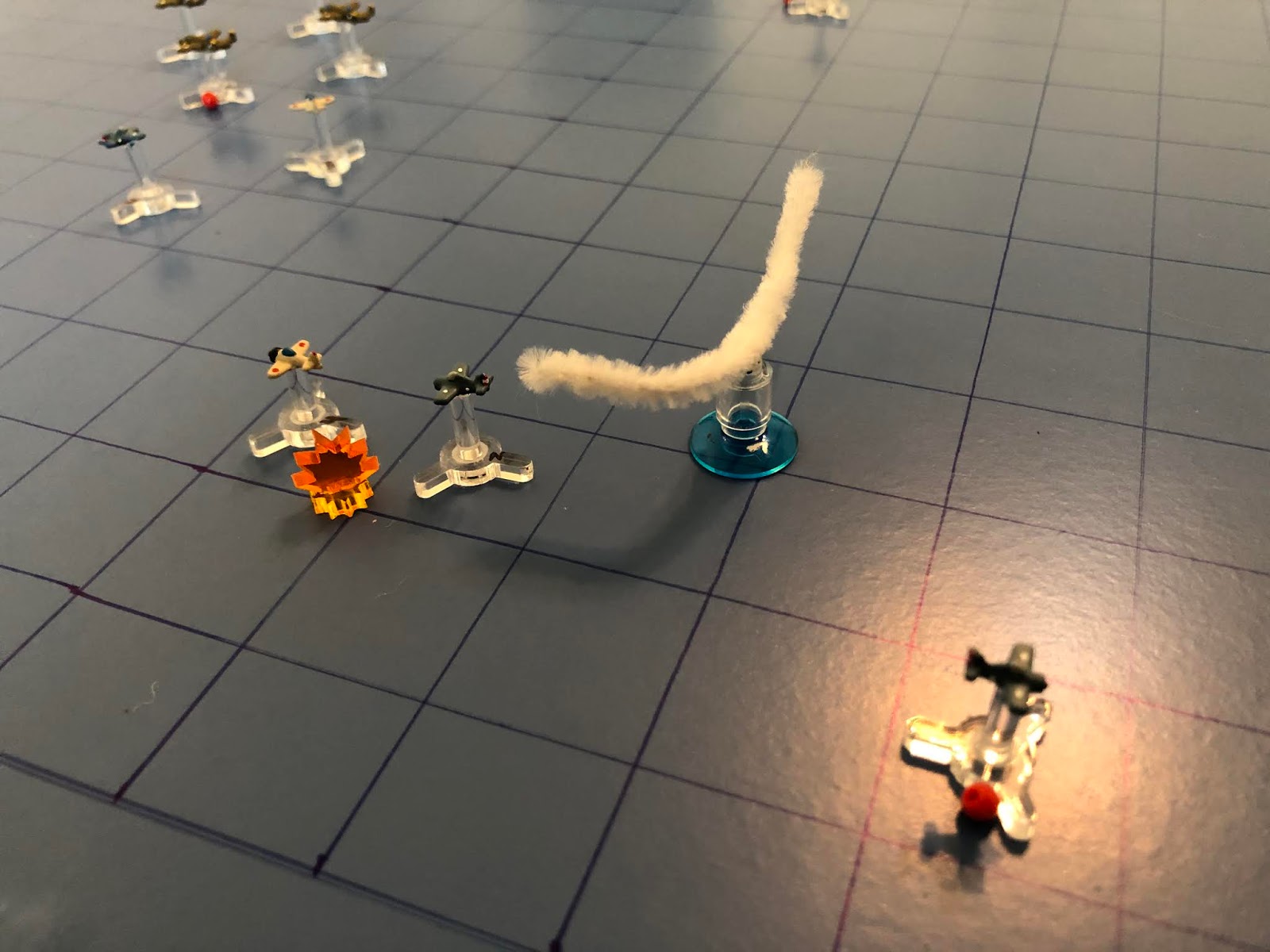 Lt Cross nurses his wounded Wildcat home (bottom right) as Lt Higbe pulls onto a Zero’s tail and opens fire.  To see how the fight went, please check the blog at:
https://oldleadbreed.blogspot.com/2020/03/battle-of-midway-fight-5.html

Next up, we’re back to the US Navy’s Killer Pelicans, which will see them carry out their (world famous) strikes on the Japanese carriers, then attempt to defend the Enterprise, Hornet, and Yorktown from the Japanese strikes.  I expect the Navy pilots to do better, on two accounts: first, they have much more experienced pilots (having flown more sorties in the Dutch East Indies, and having fought at Coral Sea), and second, this is a campaign that is weighted towards the Americans, meaning the US forces had both the Dirt Divers and the Killer Pelicans committed, while the Japanese have considerably fewer fighters, and they’ve sustained significant losses in the first five fights.

Just saying the Marines did all the heavy lifting, so the Navy could slide in here and get four Japanese carriers 😉