At 0715, 2nd Lt Herman led a flight of four Wildcats in escort of six SBD Dauntless dive bombers from Marine Scouting-Bombing Squadron 241 (VMSB-241), up against six Zeros of the Japanese Combat Air Patrol.  The mission was sort of a success: five Zeros were downed (two by SBDs!) and the sixth was shot up, no Wildcats were lost, only three Dauntlesses were lost, but no hits were scored on the enemy carriers.

At 0800, Major Chandler is led a flight of four Wildcats on an escort mission for four US Army Air Corps B-26s specially modified to carry torpedoes.  The Marines lost two Wildcats and had another damaged, and two B-26s, with another damaged, while the Japanese lost all four CAP Zeros, though one was shot down by a US bomber.  The lone B-26 to reach the Japanese fleet missed on its torpedo run and, to add insult to injury, Major Chandler was one of the Marines shot down, and he was badly wounded.

At 1010, and LtCmdr Case, the Ace squadron leader of the Killer Pelicans and winner of the Medal of Honor, lead a flight of four Wildcats in escort of six TBD Devastators against the Japanese carriers.  They faced six Zeros, and it wasn’t pretty: Ensign Warren was shot down, two more Wildcats were damaged, and all six Devastators were shot down, at the cost of only three Zeros, two of which were shot down by the torpedo bombers! 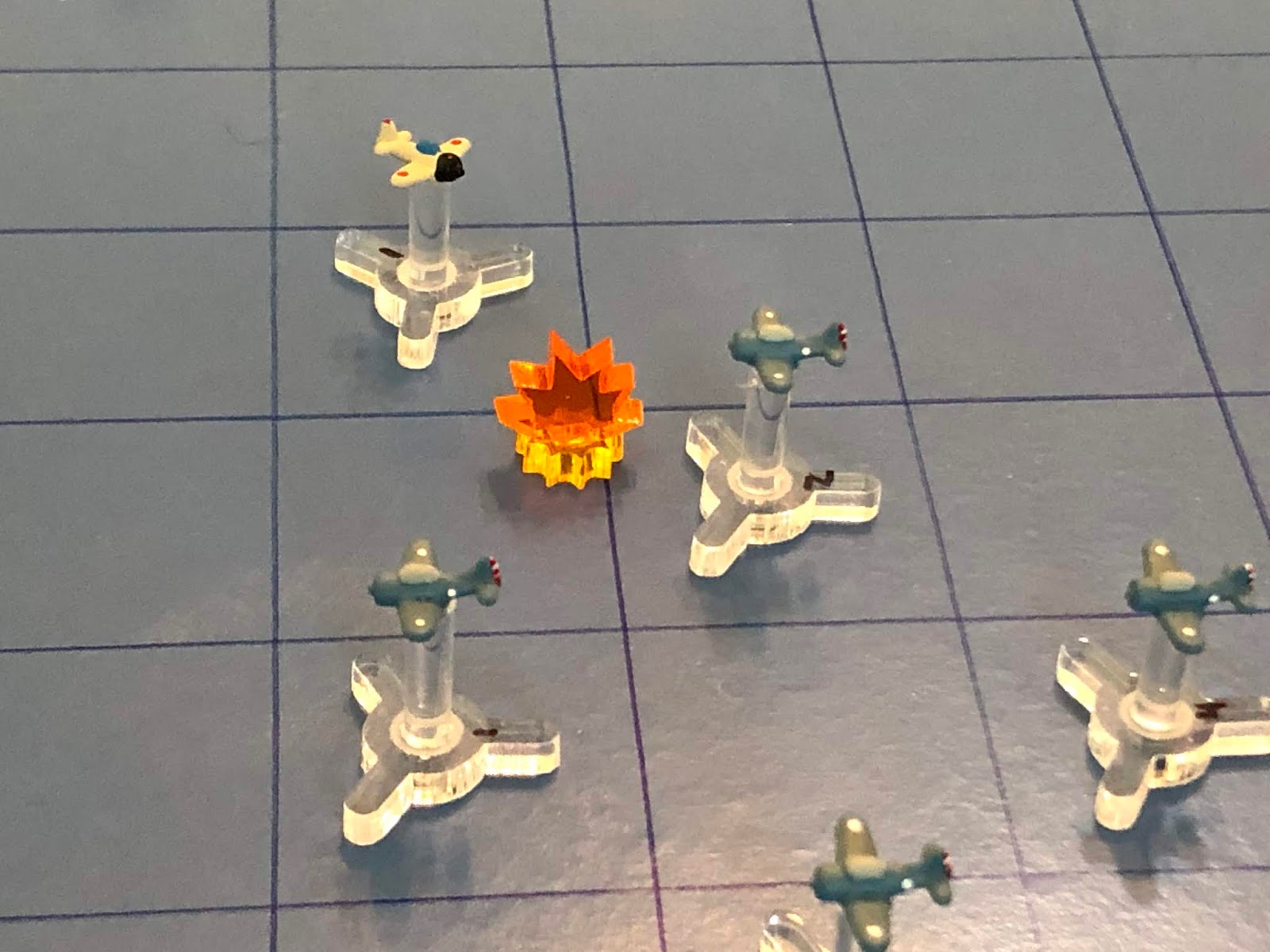 The Japanese waste no time in getting after the Dauntlesses. 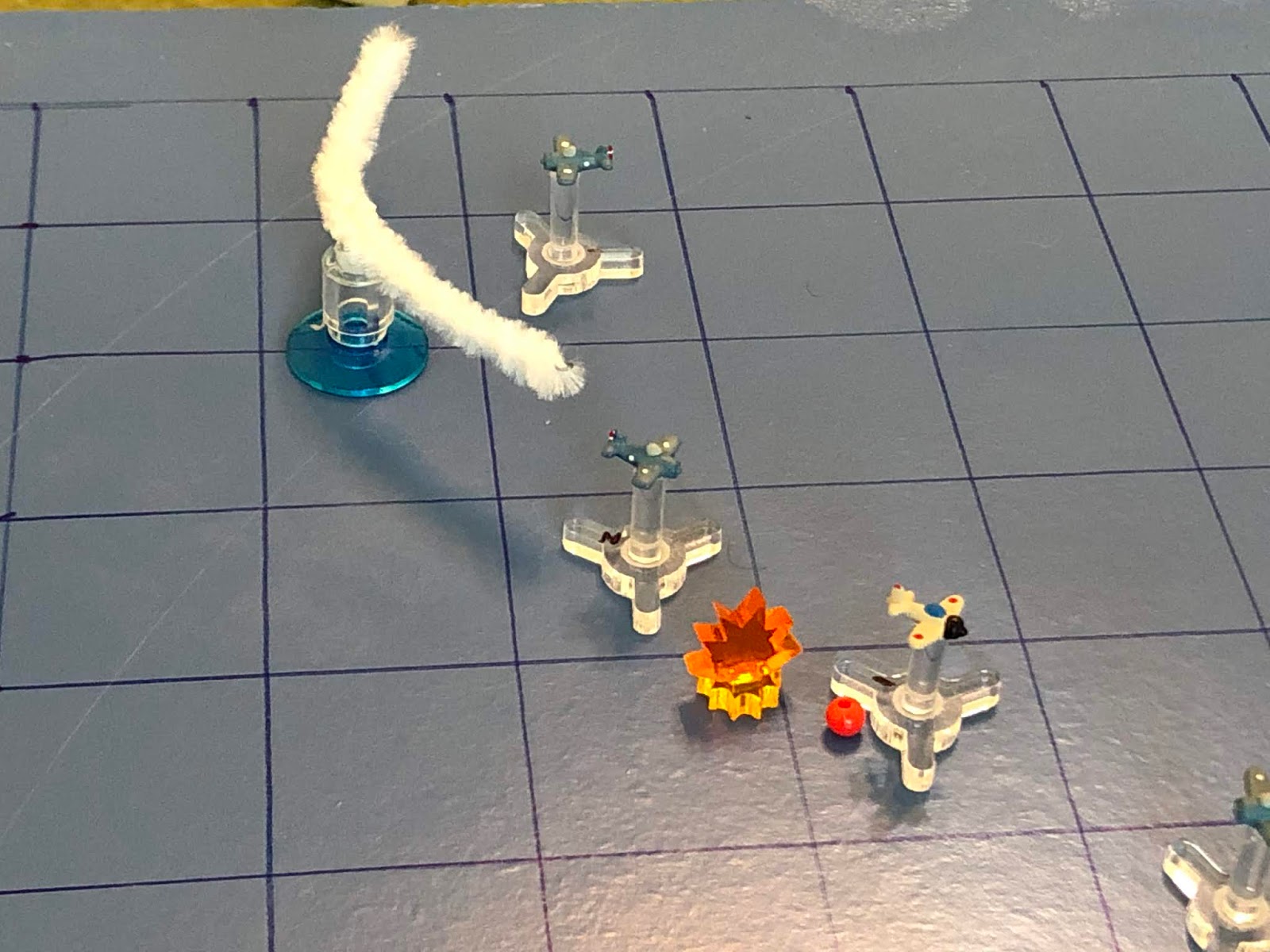 But the Wildcats have done a good job of sticking close and get right after them. 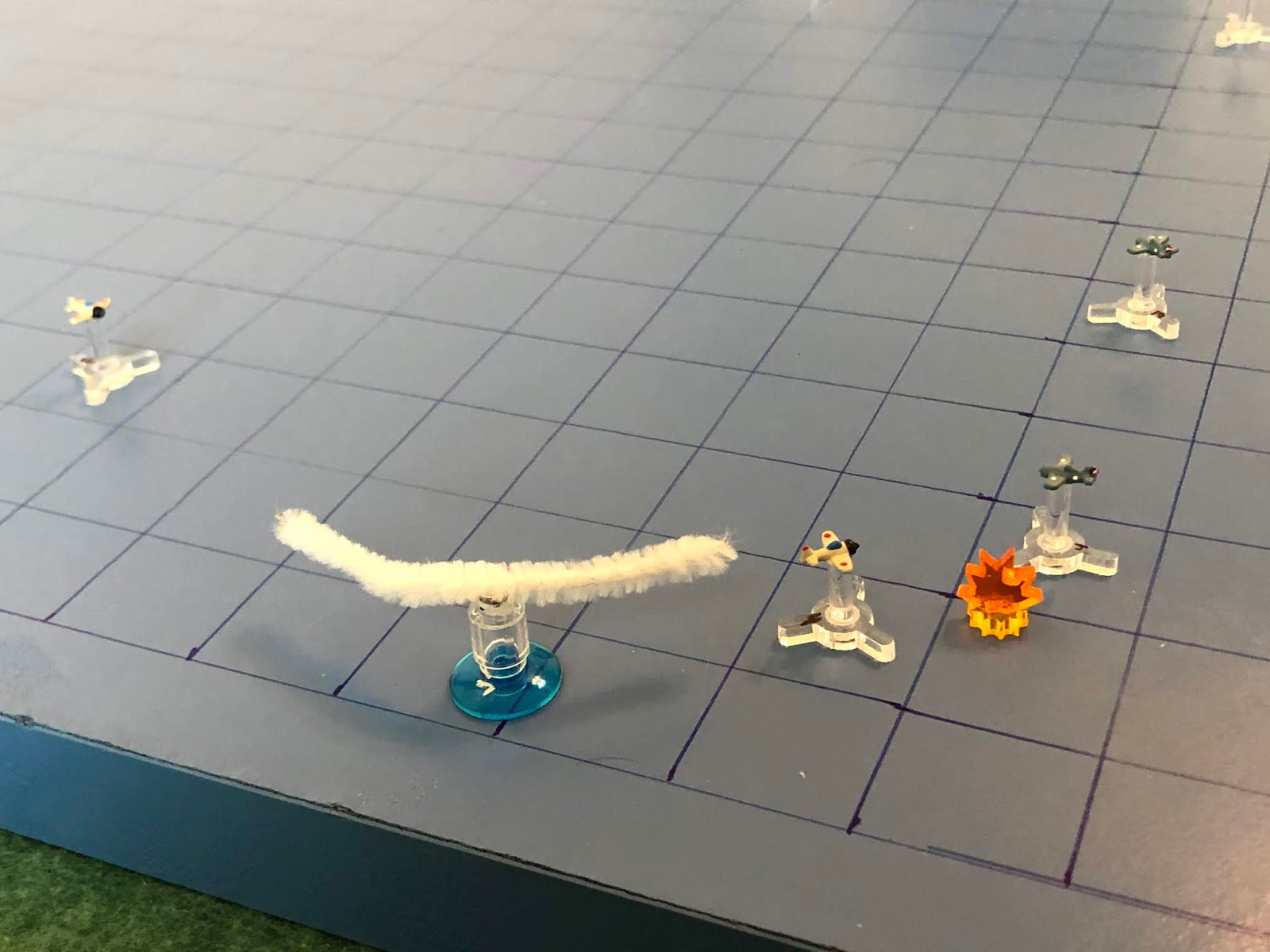 So the Japanese peel off some Zeros to deal with the escorts. 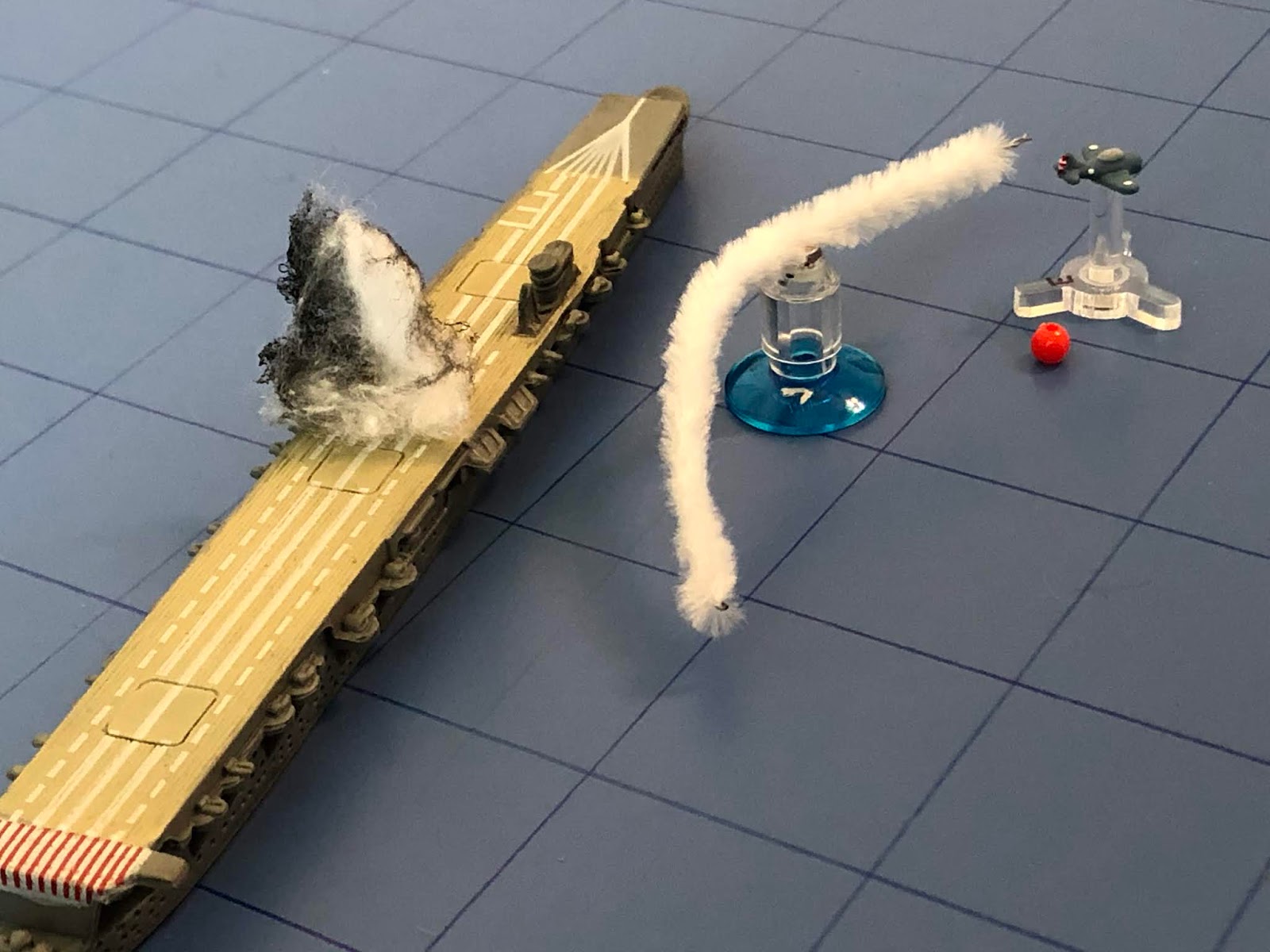 Did something good just happen for the Pelicans?  ‘Bout time!

To see how the fight went, please check the blot at:
https://oldleadbreed.blogspot.com/2020/03/battle-of-midway-fight-7.html

So not great, but some damage was done as part of the overall war effort.  Lt French spots Lt Cmdr Case inbound at the head of a formation of SBDs from “Bombing Six,” and the boss is signaling him to have all airworthy fighters form up to escort them in.  Tally ho!