It’s now 1035, and Lt Cmdr Case has re-formed a group of three Wildcats to lead the final strike of six SBD Dauntless dive bombers from VB-6 (“Bombing Six”), hoping to surpass the achievements of their compadres in Scouting Six.  They are facing a reduced Japanese CAP of two Zeros. 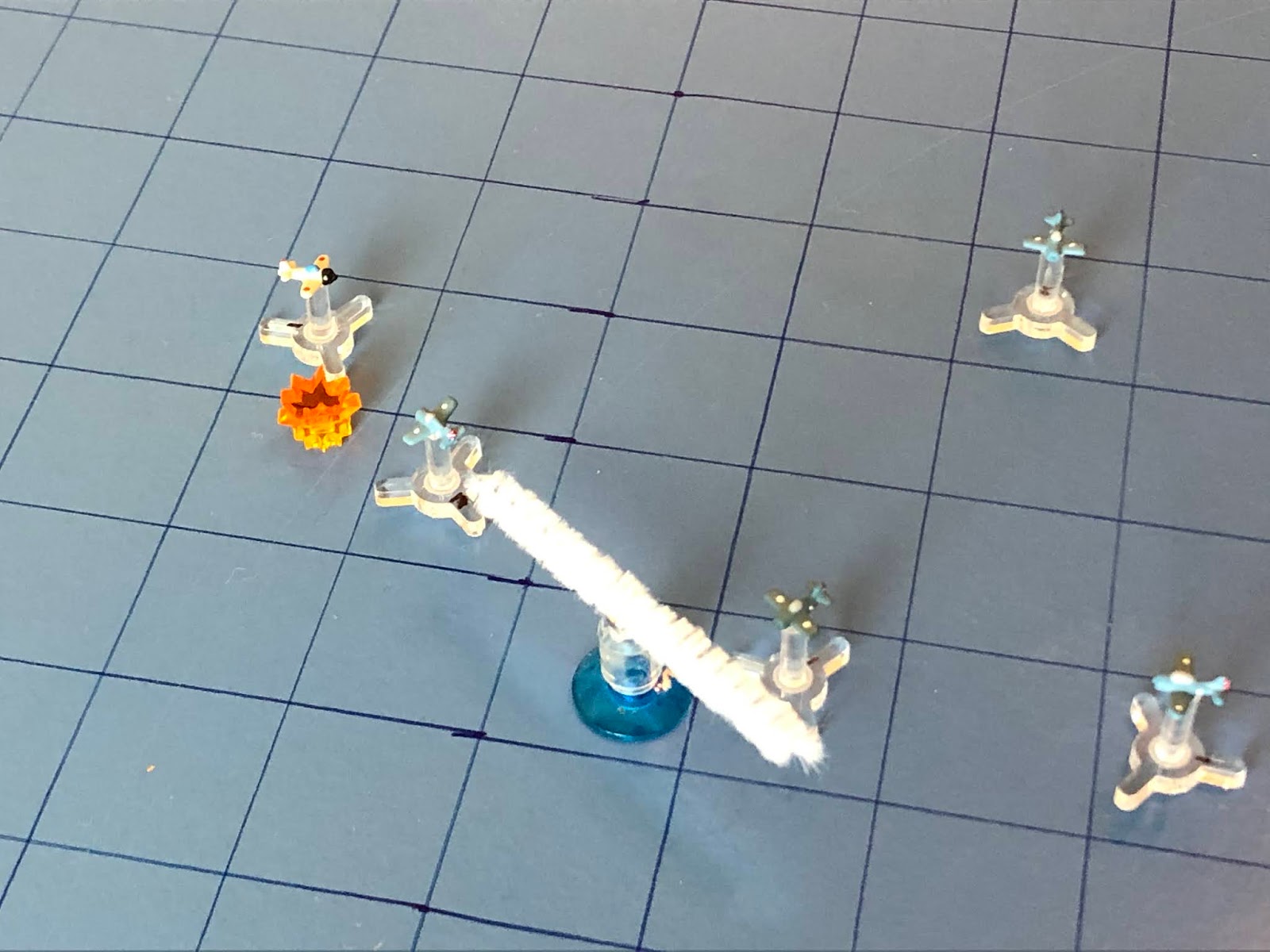 Wildcats swarming on Zeros for a change! 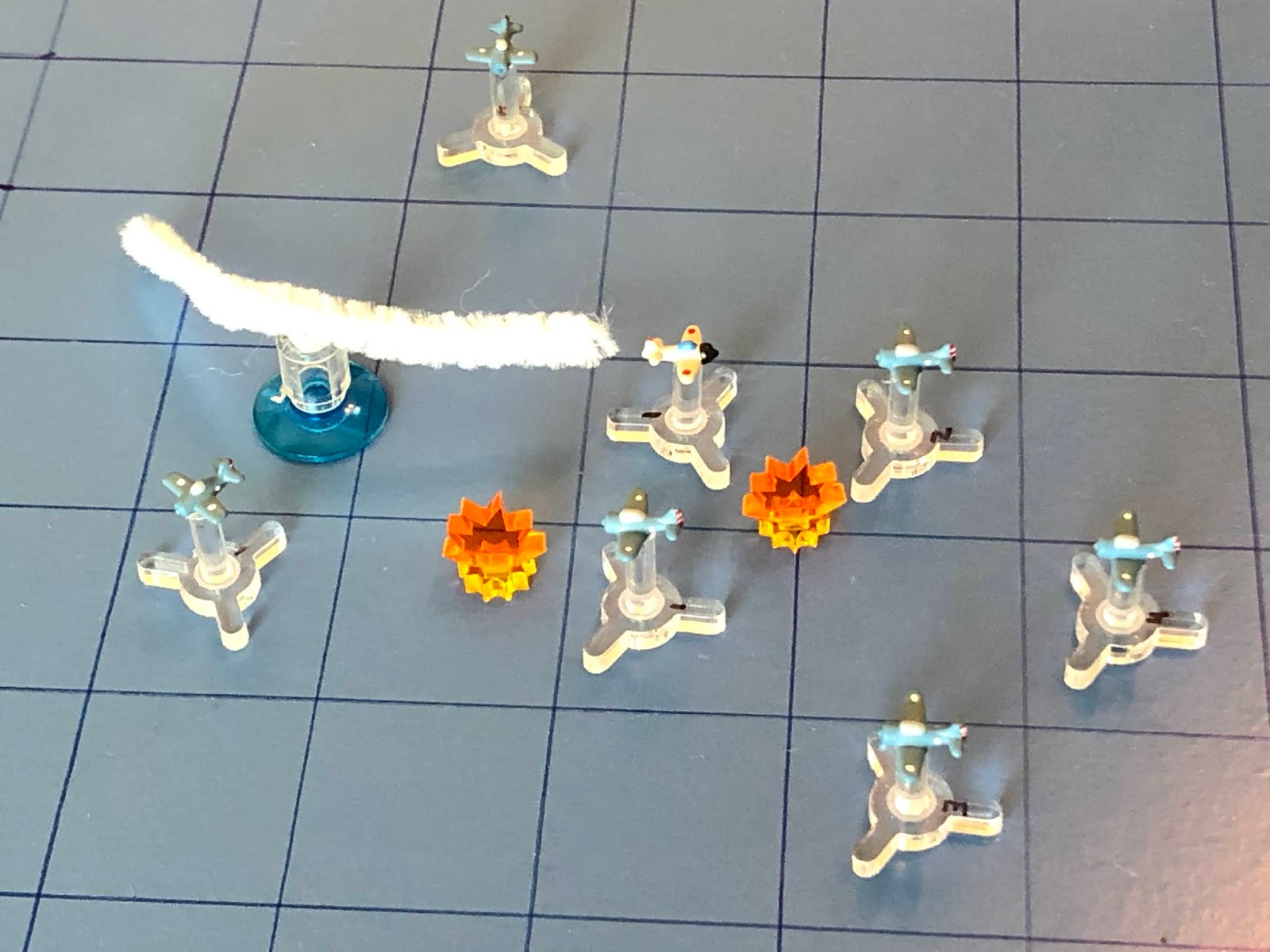 But the @#$%ers still get through… 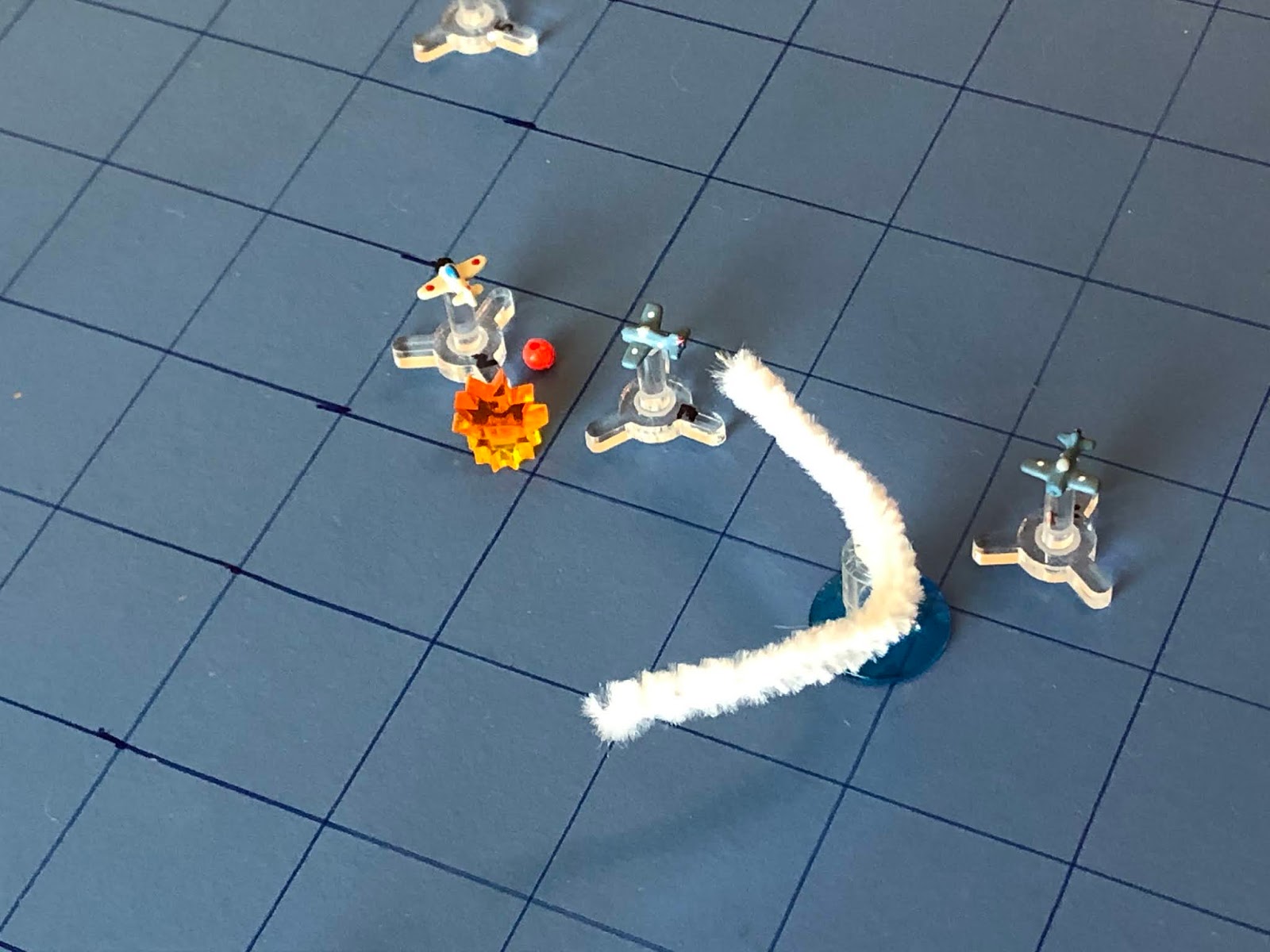 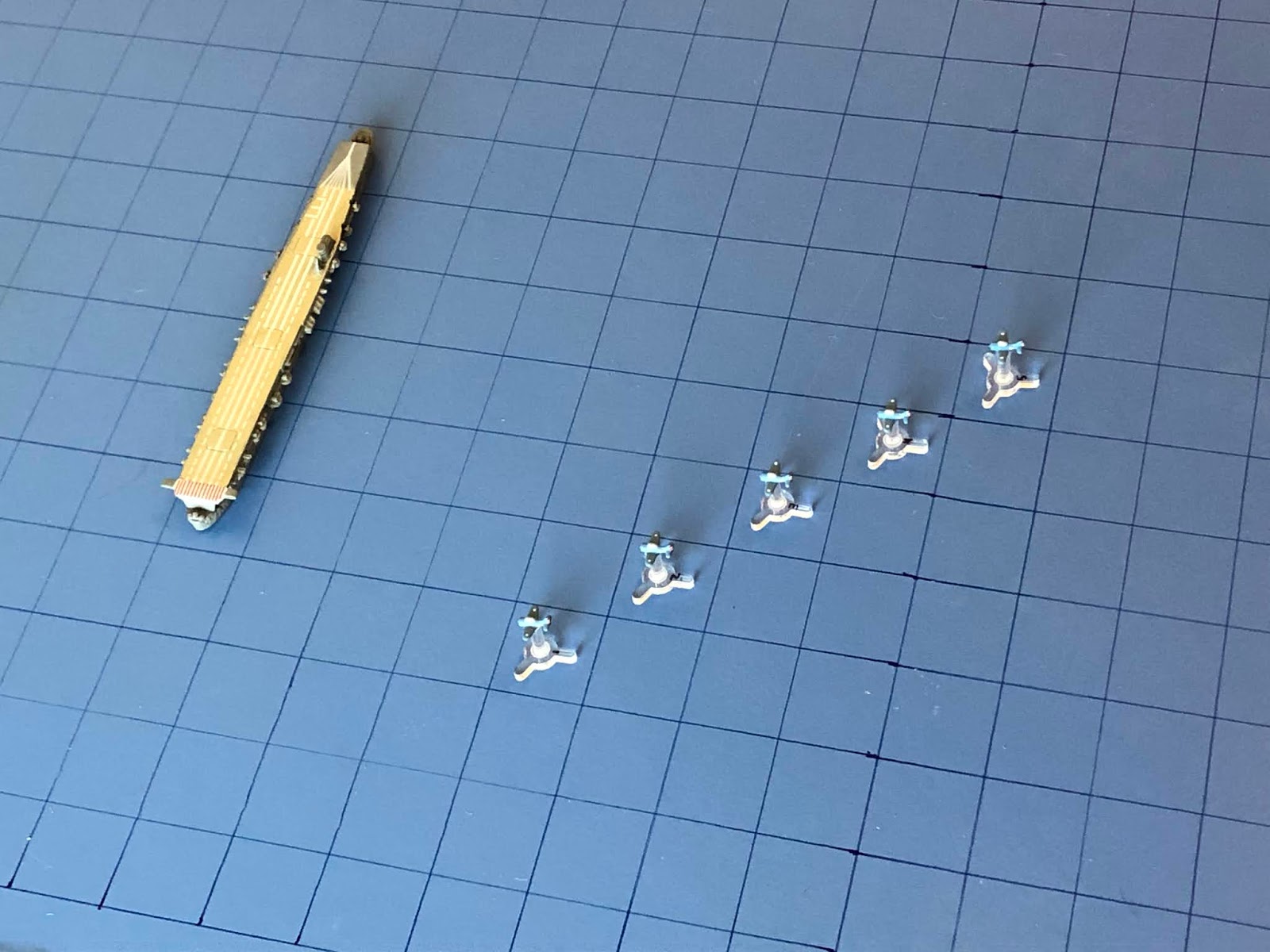 That looks so much better!  Yes, 5 of 6 SBD Dauntlesses actually made it to the target area.

To see how the fight went, please check the blog at:
https://oldleadbreed.blogspot.com/2020/03/battle-of-midway-fight-8.html

So while these guys are cruising home, we’re going to flip over to Lt Chipman leading a six-plane CAP, going up to intercept a flight of Japanese ‘Val’ dive bombers closing on the USS Yorktown.