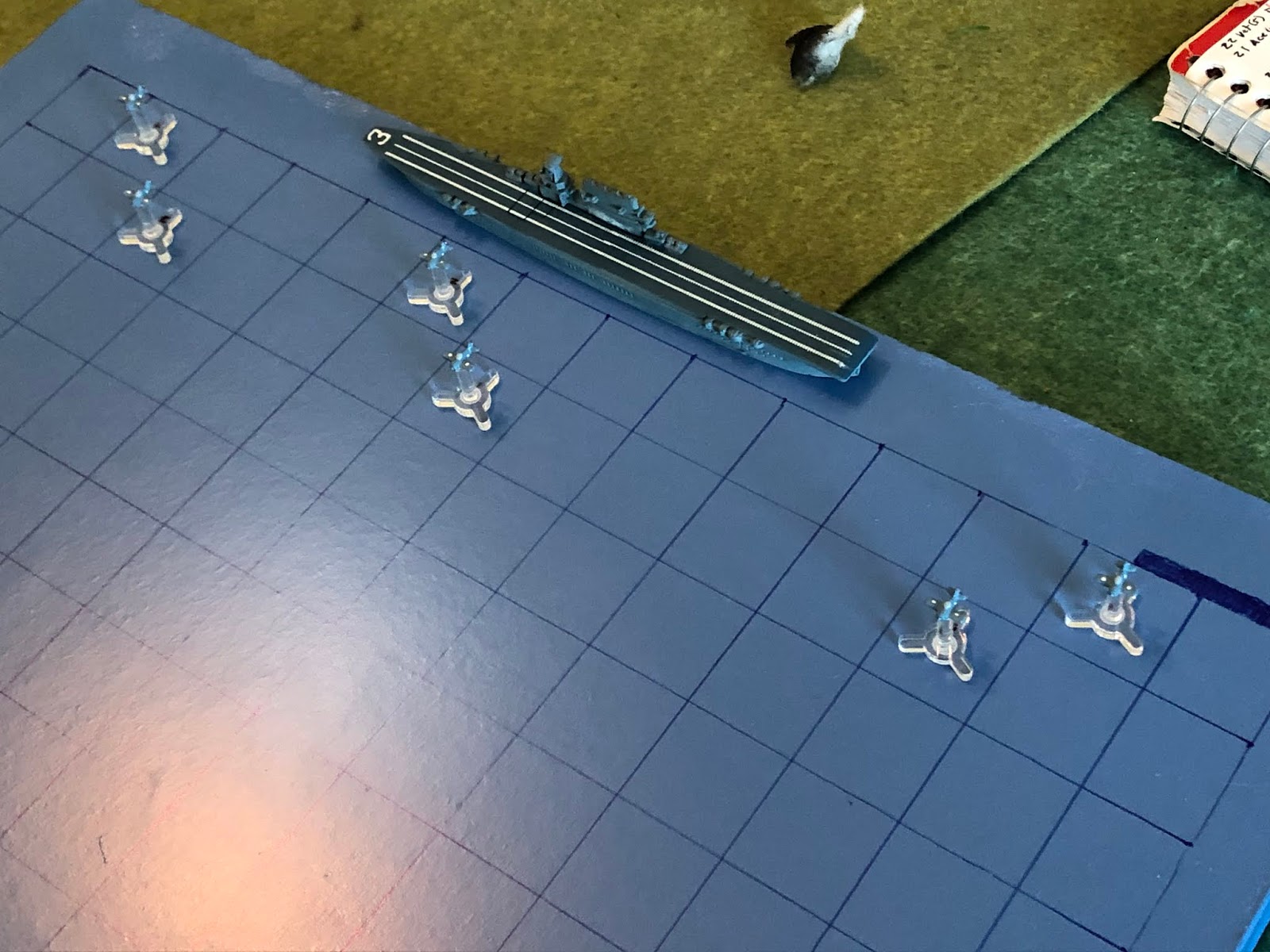 The American CAP, from top left to bottom:
Ensign Theisman, a Rookie that was shot down at Coral Sea on his first sortie
Lt (jg) Chipman, a Veteran with three kills on four sorties

Ensign Walton, a Rookie on his first combat mission
Lt (jg) Head, a Veteran with four and one half kills on four sorties

Ensign Manley, a Regular with one and one half kills on two sorties
Ensign Bowles, a Rookie on his first combat mission

The Yorktown lays in the background, hoping to not catch any Japanese bombs… 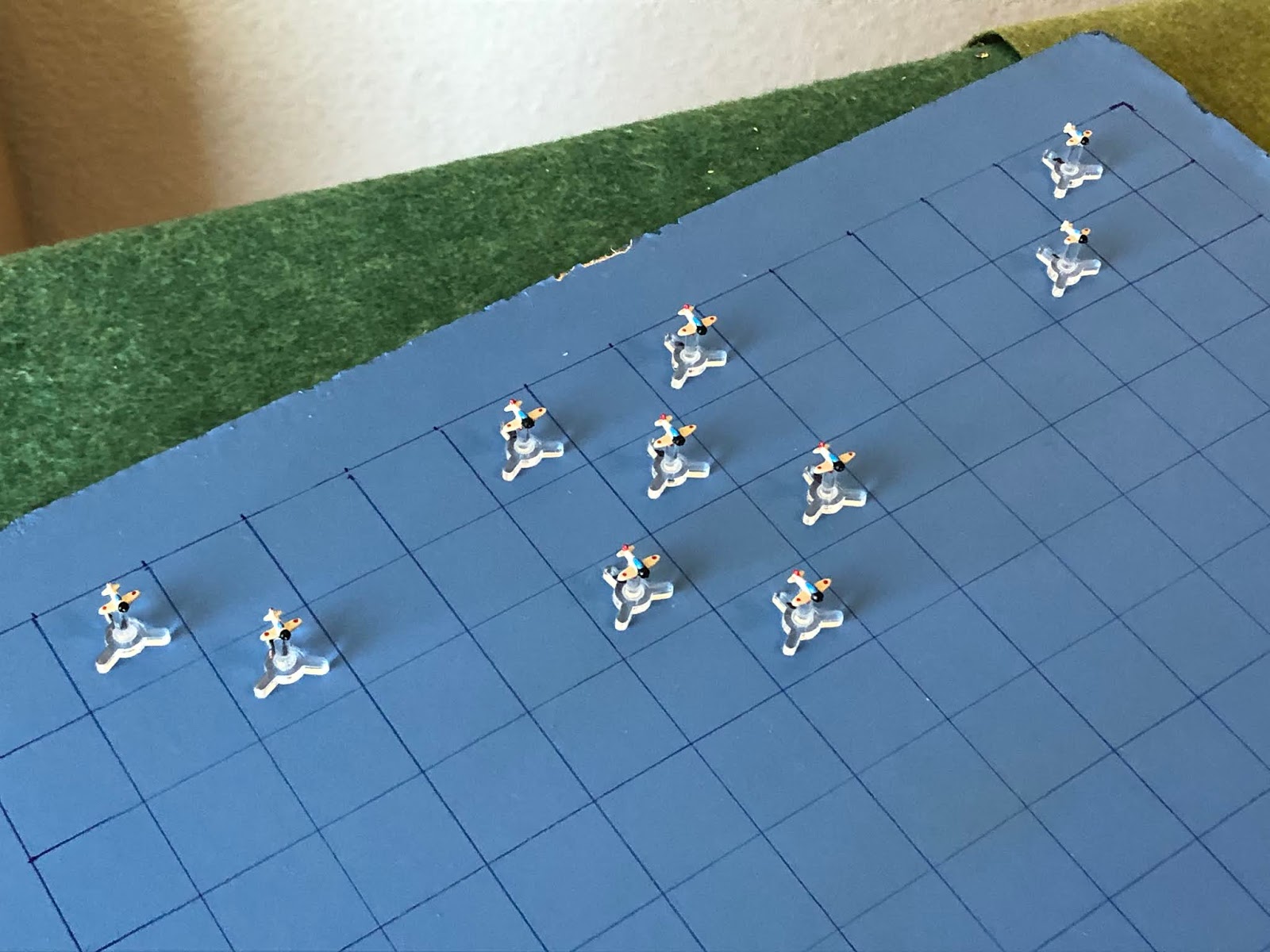 The Japanese strike group, from top right to bottom left:
Zero 02, a Veteran
Zero 01, an Ace 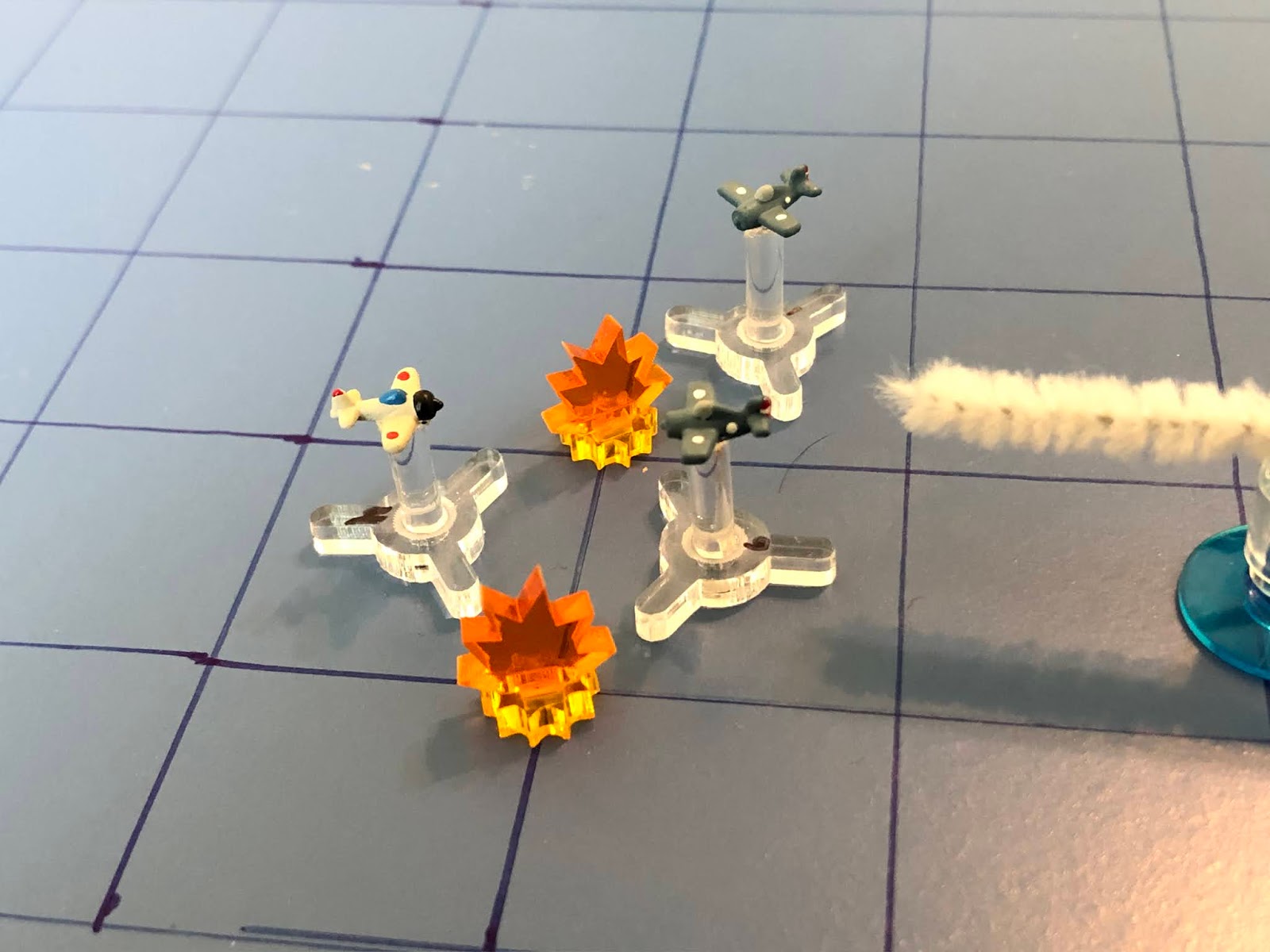 Wildcats swarm the Japanese escorts, making head-on and high-angle attacks on them, looking to knock them out of the sky and deal with the enemy dive bombers at their leisure. 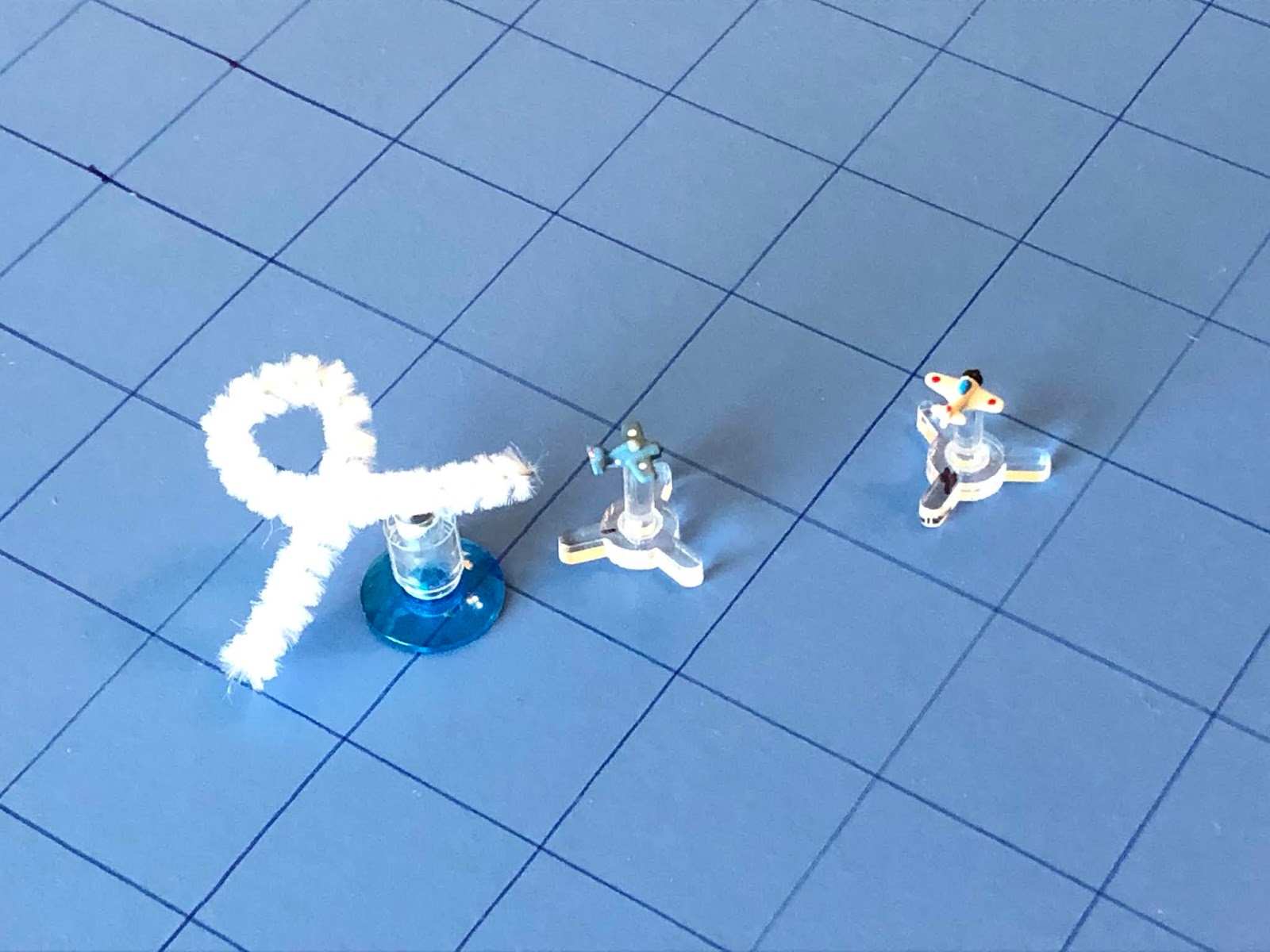 To see how the fight went, please check the blog at:
https://oldleadbreed.blogspot.com/2020/03/battle-of-midway-fight-9.html

Things are looking up: for the moment, the skies are clear.  Lt (jg) Head got to set his damaged Wildcat down, and the net set of CAP refueled and launched.  A couple hours later the klaxons sounded again: inbound bogeys, this time a flight of Kates torpedo bombers!