To catch up on all the old fights, please click here:
https://oldleadbreed.blogspot.com/2019/11/battle-of-midway-fight-1.html

It’s now 1425, and a flight of B5N “Kate” torpedo bombers is inbound, escorted by four Zeros. Lt Fitzsimmons, the Squadron XO, leads the six-ship CAP up to meet them. 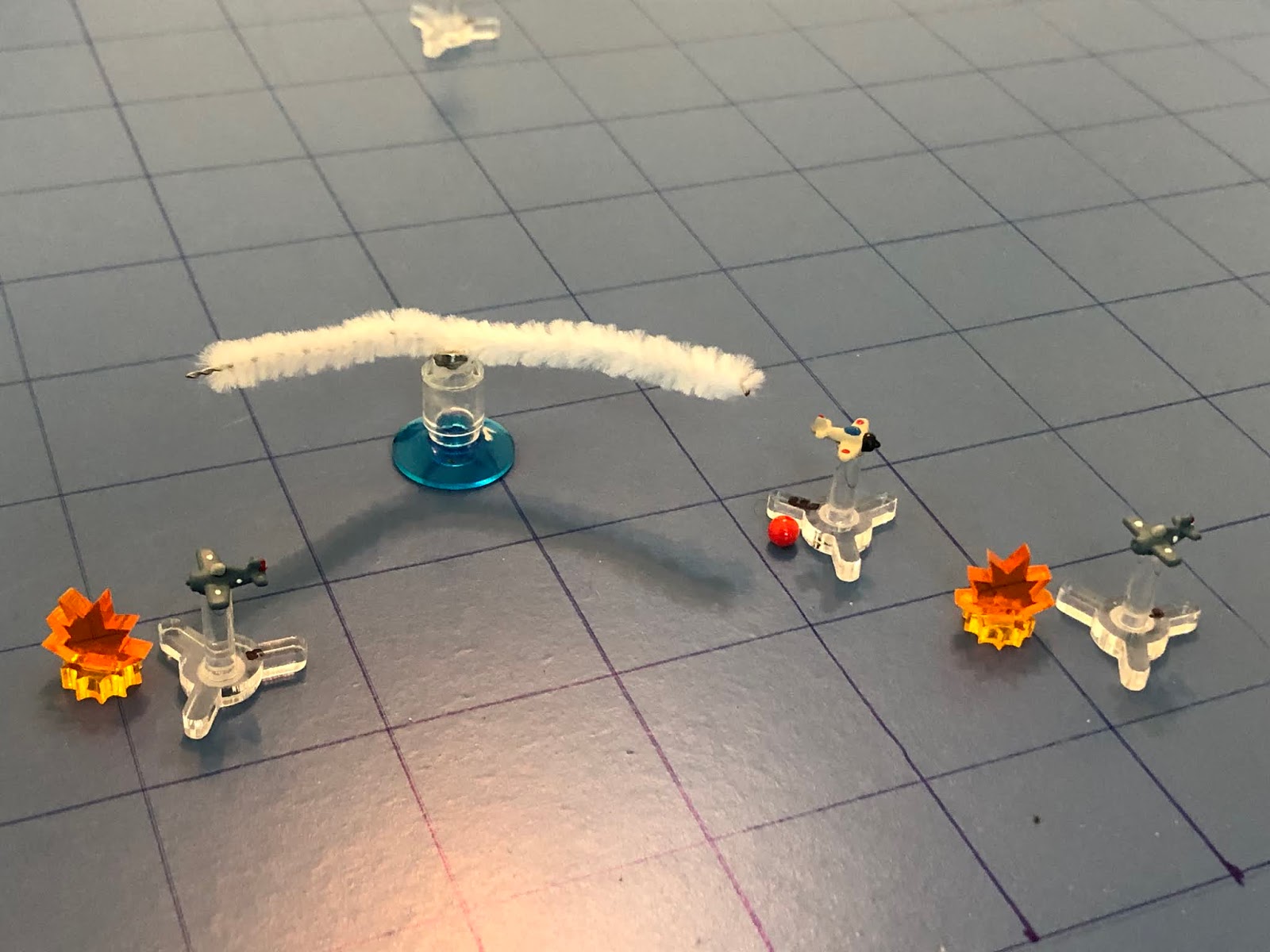 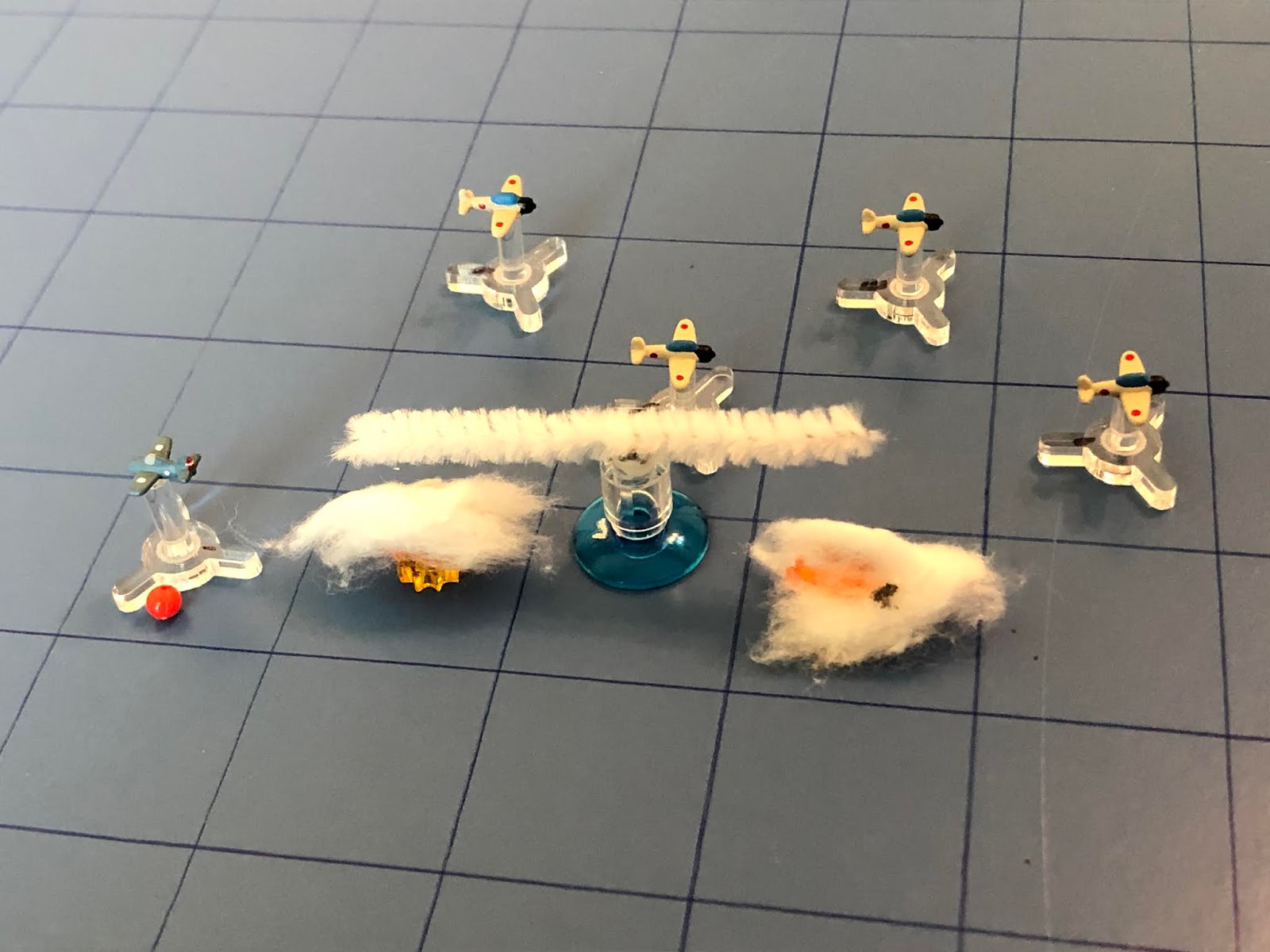 But some of the foxes manage to get into the henhouse! 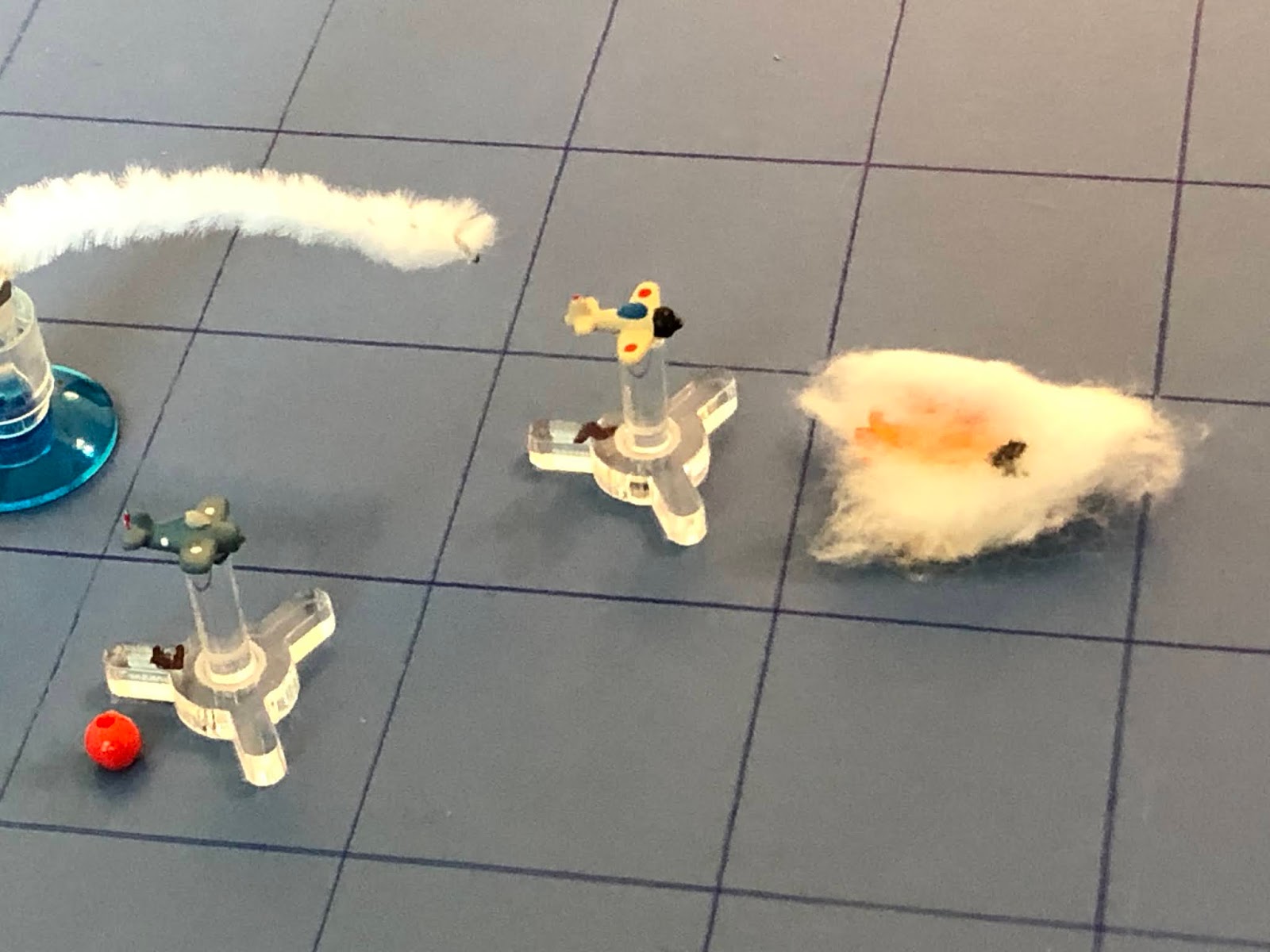 And while the Americans take their lumps… 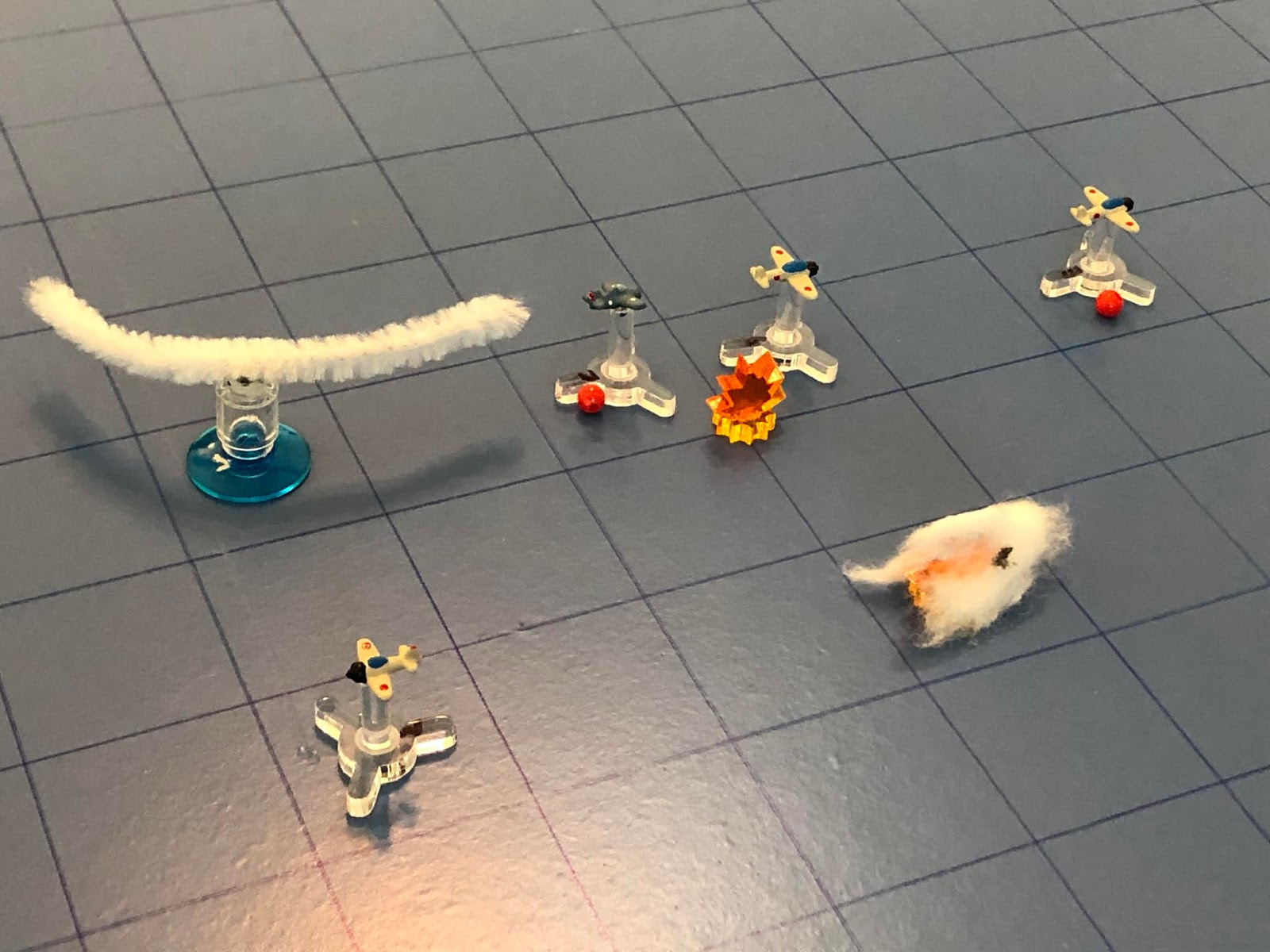 But they show pretty well, too. 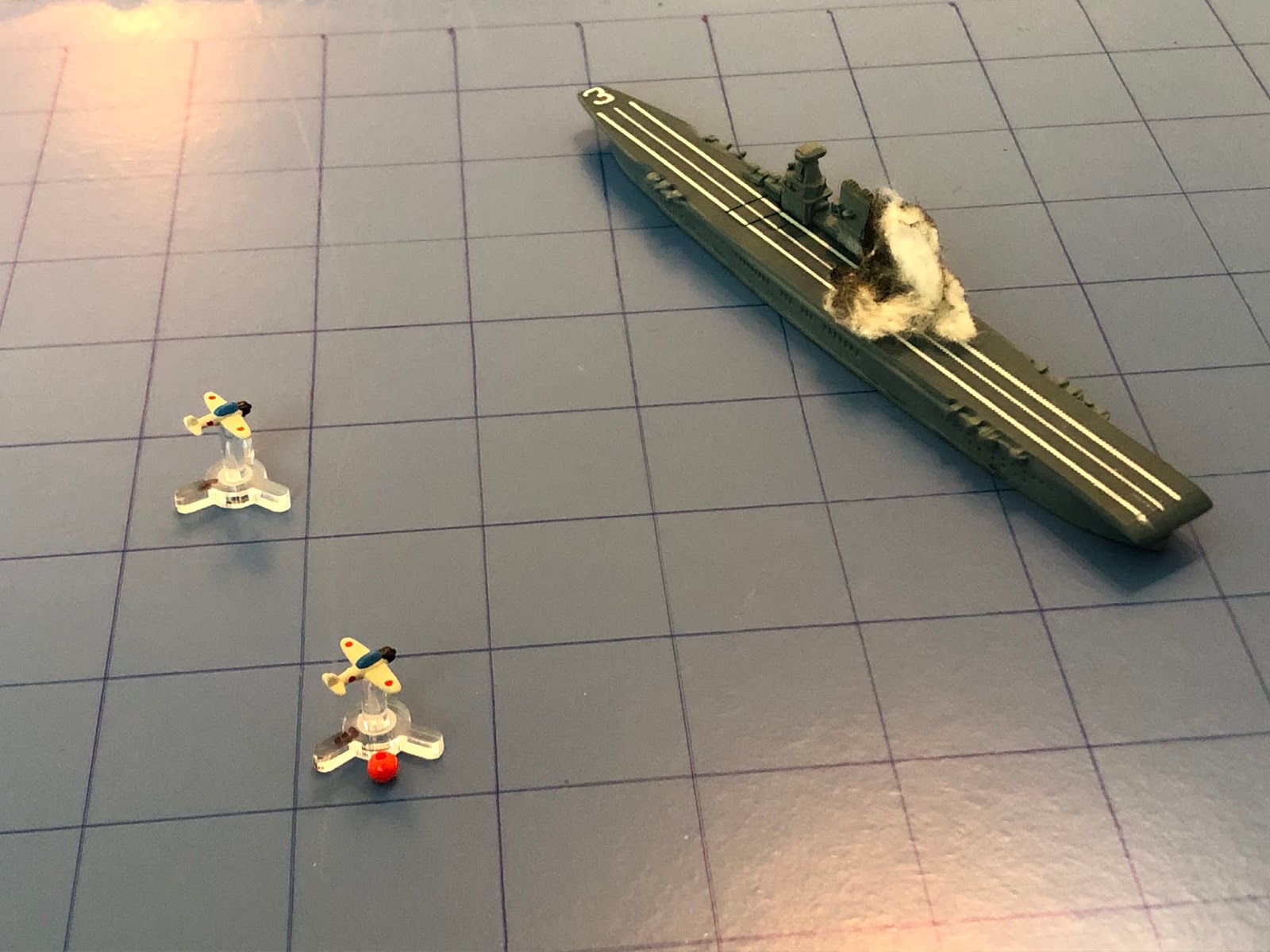 Though not well enough…

To see how the fight went, please check the blog at:
https://oldleadbreed.blogspot.com/2020/03/battle-of-midway-fight-10.html

Well, this has been incredibly ugly, and there’s one more to go.  The Japanese dive bomber and torpedo attacks damaged the Yorktown and Enterprise, but flight operations continue.  The last Japanese carrier, the Hiryu has been sighted, and it’s all hands on deck.  The planes have launched, and we’ve got LtCmdr Case leading the last three Wildcats in escort of six SBD Dauntlesses.