Oh, my goodness… What did I get myself into!?

The brig’s standing rigging is pretty much complete except for the fore-stays. There were a couple mis-steps but that’s why I wanted to start with one of the numerous brigs, not the more complicated frigate. Even so, I’m not a fan of the thread Warlord has supplied. It’s got no body or stiffness, too easily unravels at the cut end and continually wants to curl back into its bobbin sized curls. I’ll have to source something else. Luckily, I’ll raid my wife’s old sewing basket for some tan thread for the running rigging and see if that works better. I’ve got a roll of monofiliment somewhere around here so I might try that, too. (Not sure how I’d color that for the running rigging, though.)

But mostly my life as a one-eyed creature (hence no depth perception) really makes this difficult. I’ve gotten so used to it that I didn’t even think about that being an issue. Live and learn again and again!

This took me about three hours. I think it’s time for booze. No, I KNOW it! 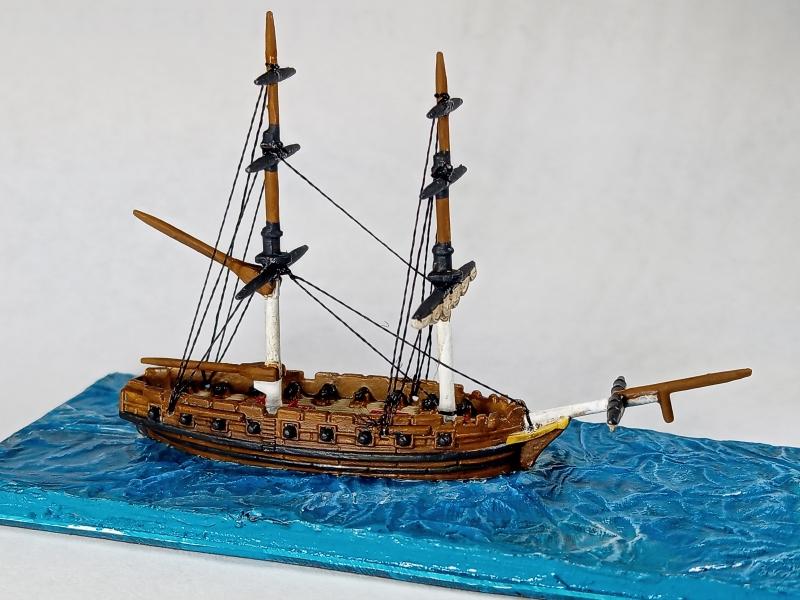 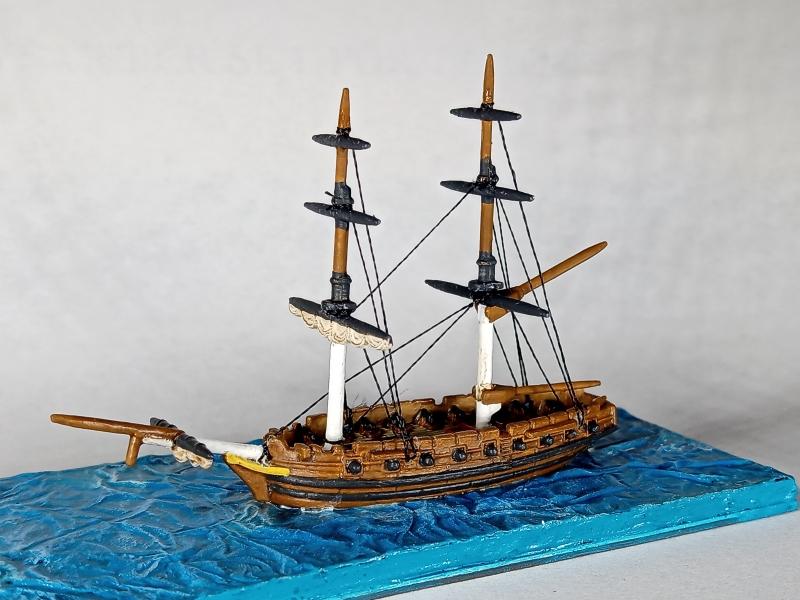 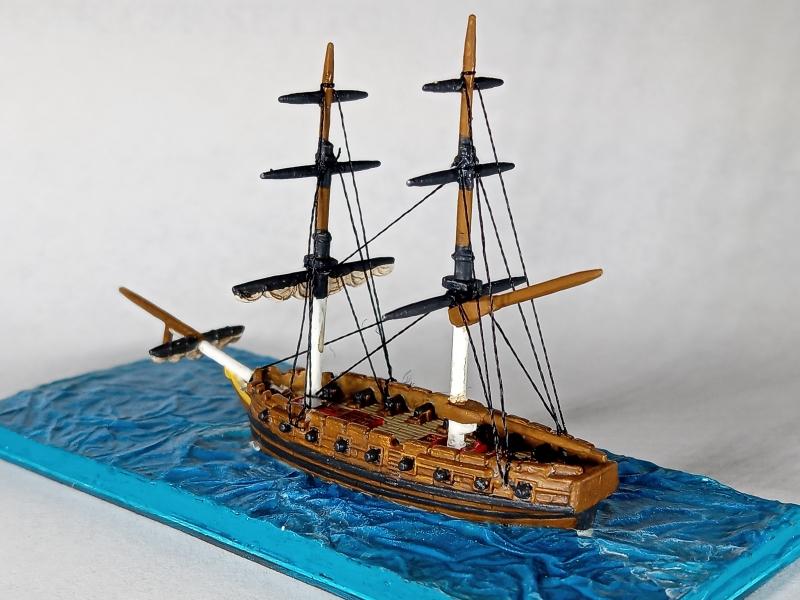 Self taught, persistently behind the times, never up to date. AKA ~ jeff
More verbosity: http://petiteguerre.blogspot.com/