Reaching the town of Anshan 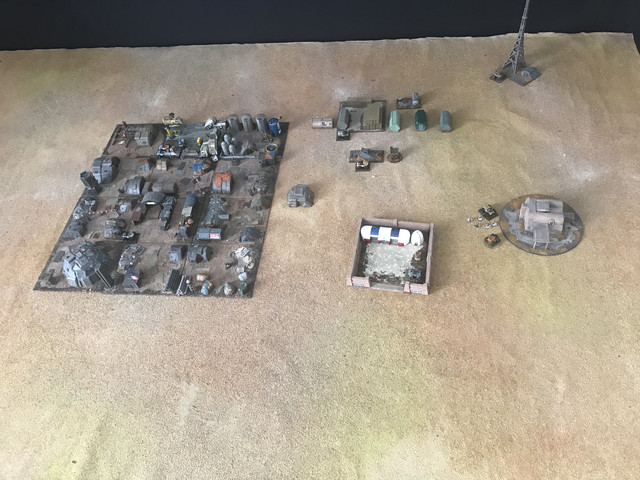 The team member disembark the van and make their way to meet Hess.

“Good to have you onboard. Sorry I’ve had to go dark, I think am being watched”. Says Hess

“Yeah, we had a little welcome party to get rid of. We are compromised as well. You have any leads?” Asks Kane.

“Yes, a man called John Twice. He said he has information but fears his life is in danger. So far I haven’t been able to find him”.

“Ok, Swear Kim in as a new deputy, take her and try and find Twice. Iain, go to J’s bar and see what you can find out. Me and Tom will see what we can find out around town” says Kane.

Iain stops and ducks around the corner just as a vehicle stops outside. A lady of the night interrupts him and asks for business, which Iain quickly declines. He turns to face the vehicle, keen to see who it is. He knows for experience what situations are of interest. A smartly dressed man gets out followed by a goon.

“Keep an eye on the vehicle while I go in and see J. I might have a Pina Colada or two. When I get back we’ll deliver the package to the oil drilling station”. Says the man.

Iain thinks fast and needs to have a look in the boot and see what they are taking to the oil drilling station. He needs to distract the goon first. Where’s that lady of the night gone, he wonders?

“No not me. You see that guy by the vehicle. He’s my friend and needs cheering up”

“I can cheer any man up for two fifty” she says.

“Here’s three. Make him ecstatic and take your time”.

Iain waits until they are out of sight. Then moves in to pick the lock of the boot and see what they are delivering to the drilling station.

This has four outcomes. The smartly dressed man might finish his Pina Colada and come back. The goon could finish his pleasure of the flesh prematurely and come back. Or both of them at the same time, which won’t be good for Iain…..Or they both stay away and Iain has time to see what’s in the boot.

So that’s roll some dice…. 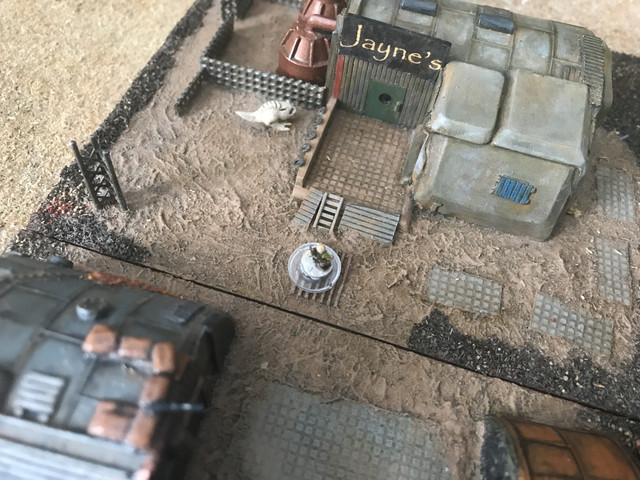 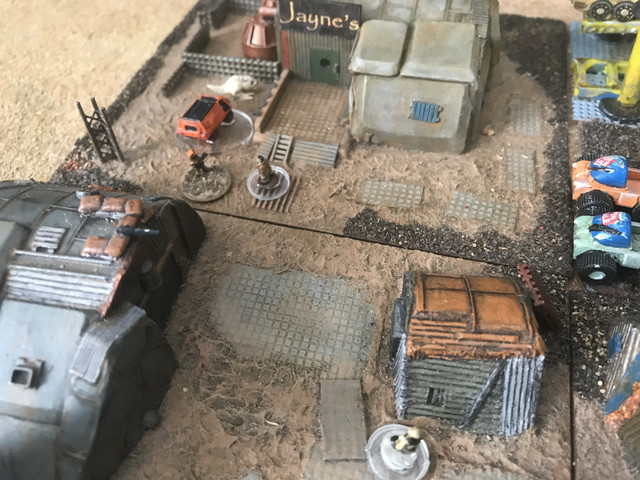 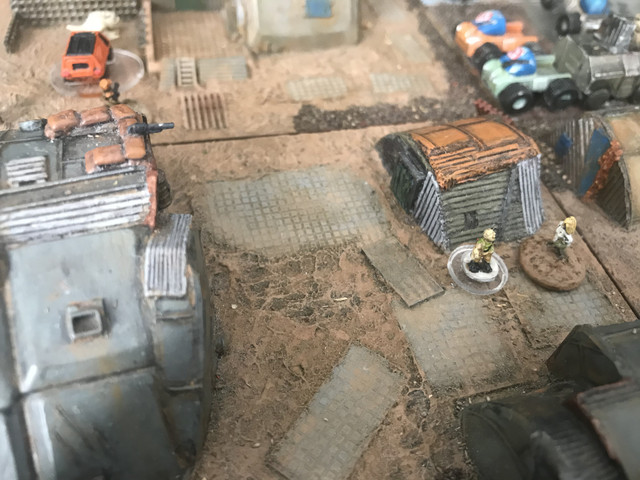 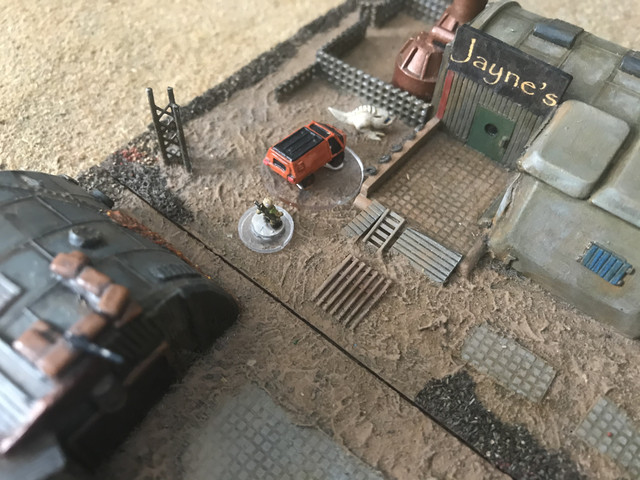 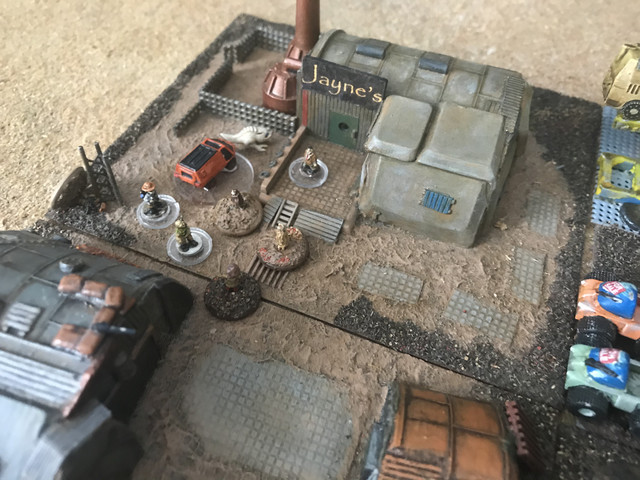 ……..The man in the suit comes back and catches Tom red handed. Obviously not liking his Pina Colada much. Maybe J didn’t have any those umbrellas.

This has a few options depending who activates first. The suit dressed man could run back inside. But if Iain gets to him first then he can whack him. Since this scenario is all close quarters……..

……..He shouts and runs back into the bar. This gets the attention of the goon who comes around the corner and faces Iain. Who wastes no time in flooring him. Well, Iain is expert in Judo and ninjitsu. Or maybe the goon was still doing up his trousers.

Soon Iain finds himself surrounded by people from the bar. Probably roughnecks from the drilling station. Either way his in for a fight.

“That’s him! That’s him, that’s the car thief!” Shouts the Suit dressed man.

Fists fly, a few kicks find the mark. Followed up by a few head butts. Unfortunately all goons were standing come the end. Bloodied and bruised but standing. Iain was on the floor beaten unconscious.

“Lovely, jubbly. Chuck him in the back of the van lads. I know someone who might want a chat with him over at the drilling station” says the suit.