The last AAR did take a little longer. But concluded quicker then what I would have assumed. The action starts back at J’s bar and the team spot the target vehicle. They disembark and Iain moves in to sabotage it. But as a repeat of when he was first there. Glubbits and Martin Once come out with a couple of goons and catch him red handed again! 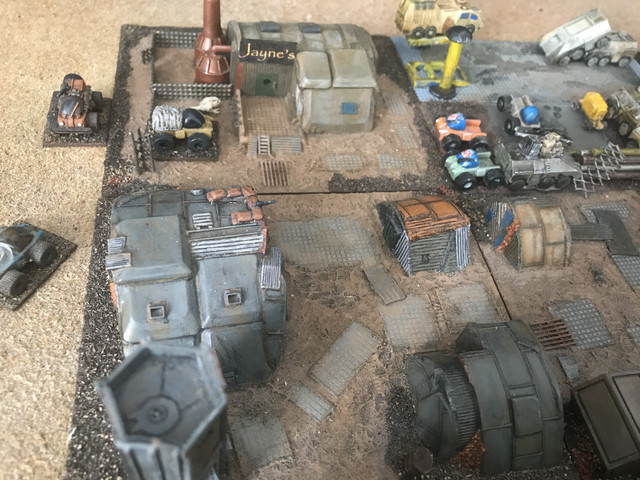 A fire fight quickly erupts and Kane, still true to form drops a goon. Once and Glubbits take off in their vehicle but getting peppered in shots and the truck losing two structure points (SP). Once shots at Tom as they drive pass and he gets suppressed. The one remaining goon makes a dash for the escort truck shooting at Bob as he did so. Bob shots back but both miss each other.

As Glubbits and Once go speeding off down the street, Kane gets a shot off and hits. Unfortunately only having a small arm means the truck has 1 armour. Being a civi vehicle usually doesn’t. So it’s able to make a save. Glubbits and Once are now escaping but Iain manages to activate and lands a hit, it’s armour failing and doesn’t make the save. Reducing it SP to zero the truck is wracked. Glubbits and Once exit and this is when Kane takes down Martin Once. Cracking shot I may add, two 6s and a 5.

Looks like Glubbits will have his day but the goon in the escort truck. Comes to his rescue. Glubbits jumps in and they take off up the adjacent street. But the truck gets peppered in shots the whole time. Leaving it with only 1 SP a broken MG and Glubbits taking a hit and getting knocked out. Despite all this the truck remains running. Bob, all this time has got behind the wheel of the blue 4×4 and pursed Glubbits and the goon. Picking up Kane in the process. 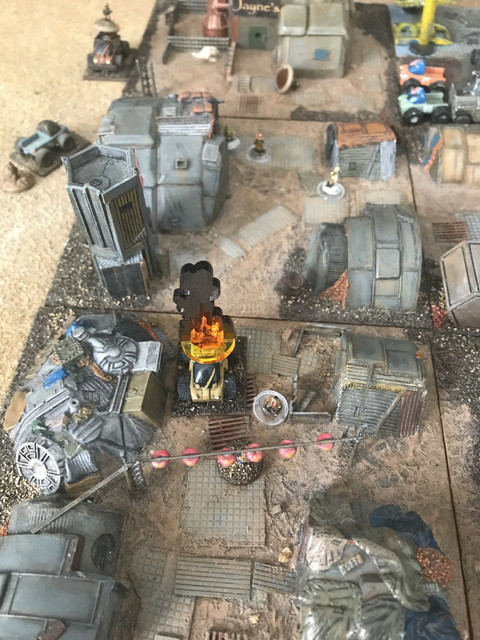 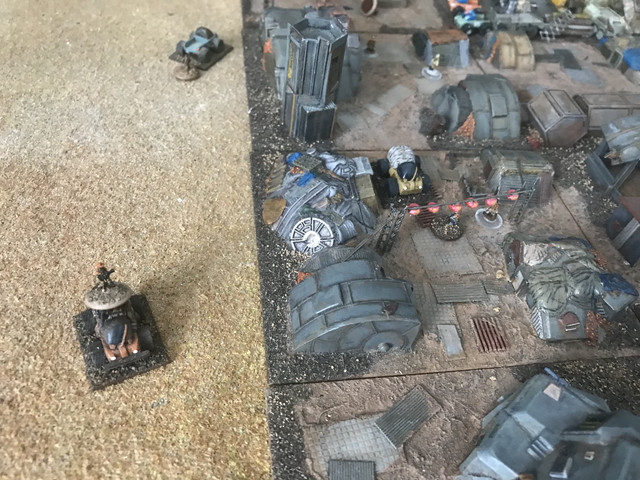 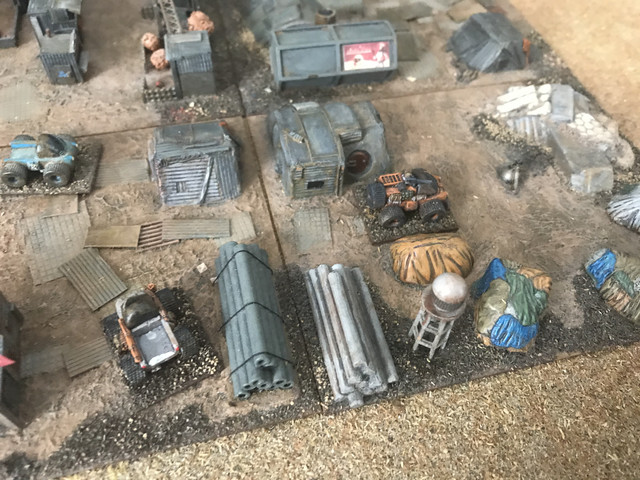 Tom and Iain seeing everyone else take off in vehicles look around for one of their own. Then see a couple of 4x4s for sale in the scape yard area. While they “borrowed one” Kane and Bob flooring after Glubbits. Kane shooting while Bob driving but unfortunately misses all shots. 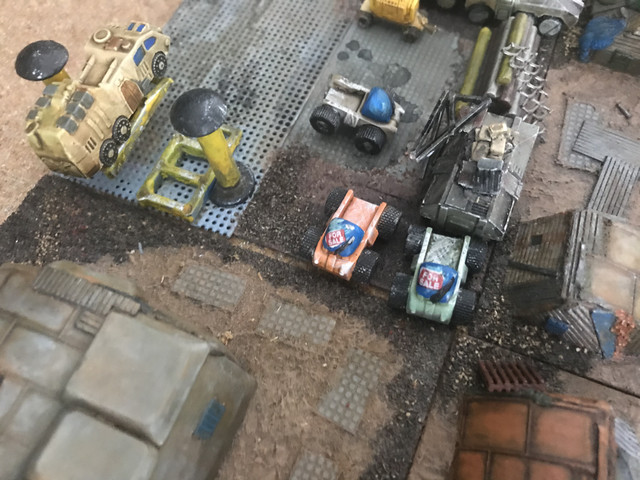 Iain and Tom make slighter slower progress catching up with Glubbits. Since Tom forgot to take off the for sale sign. Which was obscuring Iain’s vision so he got a minus to movement. Glubbits’ goon took a wrong turn and into a dead end just as Bob and Kane arrived, then Iain and Tom shortly after. 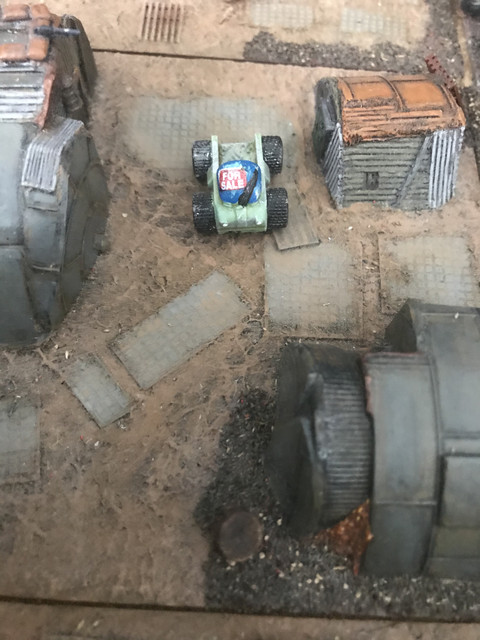 Tom opens up wracking Glubbits truck and reducing its SP to none. With Glubbits knocked out and the goon outnumbered his resolve fails and he gives up.

Mission successful…….they stoped the mind control wave from being deployed. Thus saving the world! They captured the Scarlet Pimpernel. Who as it turns out to of been their top boss Director Glubbits. With only two casualties. Losing Hess early on meant I couldn’t explore this character as much as I would have liked.

The game took a few different turns which I had to adapt to. The end wasnt anticipated at all. Kane, was rolling some top dice which resulted in a number of goons going down. The vehicle rules worked really well. I certainly would like to do more Startport Scum with a more focus on vehicles.

That’s it for now, hope you all enjoyed…..