Having just completed a relatively short (10-game) campaign in WWII Greece (https://blackhawkhet.blogspot.com/search/label/Peter%20Mini-Campaign), I wanted to stretch my legs a bit, see how the campaign system would do with a much longer series of fights, so it’s back to South Leon.  Not heard of South Leon?  Well, here’s the catch up:

Free Cuba (those are the good guys) deployed a small force, Task Group Fulgencio (a company of Marines, a company of paratroopers, and a detachment of Special Forces), to the fictional west African nation of South Leon on 1 May 1990, to assist the government of South Leon with its internal insurgency by the Free Leon Army (FLA), which is supported by its Communist neighbor to the north, Fédération Socialiste Nationale de Leon (FSNL).

On 24 July 1990 the country of FSNL mounted a full-scale invasion of its democratic neighbor to the south. The South Leon Army was quickly cast aside and the Communist forces penetrated far south, all the way to the South Leon capital of Pendrakenville.

Cuban leadership quickly deliberated: cut losses and pull out of South Leon, or stand by their ally. The Cubans decided to up the ante, and staged a counter-invasion on 27 July 1990, where two airborne drops blocked access to the beaches where another company of Marines (TF Bowie) and a mechanized infantry company (TF Hammer) were brought ashore.

The recently landed Cuban forces pushed east (Task Group Halabrio), but the combined FSNL/FLA defenses solidified and stiffened near Route 1, the main north-south running highway. This not only left the Cuban invasion force, known collectively as Task Group Halabrio, about ten kilometers short of Pendrakenville, it also left their brothers from Task Group Fulgencio cut off southwest of the capital city.

This map campaign begins with Phase 2 of Operation Chunky Bandit: the concept of operations is for the SLA mechanized infantry battalion, with TF Black, to remain in/around Hill 114 in order to interdict enemy resupply/reinforcement coming from FSNL, and Task Group Halabrio (Task Forces Hammer, Hawk, Dusty, Bowie, and 23) push east to engage Communist forces in order to allow the cut-off elements of Task Group Fulgencio (Task Forces Redleg and Razor) to breakthrough to the west and join up with their comrades.
Immediately following Task Group Fulgencio’s breakout, Phase 3 will begin, the objective of which is to liberate Pendrakenville. The SLA mechanized infantry battalion will continue to interdict Communist resupply/reinforcement efforts from FSNL, while Task Group Fulgencio will merge with Task Group Halabrio and push east to defeat Communist forces and take Pendrakenville.

The first fight sees Major Chavez leads his TF Hammer straight east, assaulting the FSNL 3rd Company’s positions.  The overall Task Group commander, Major Halabrio, has decided to attach himself to the assault element, leaving Major Chavez in overall commander but willing and able to assist as necessary, functioning as a second command stand for the Cubans. 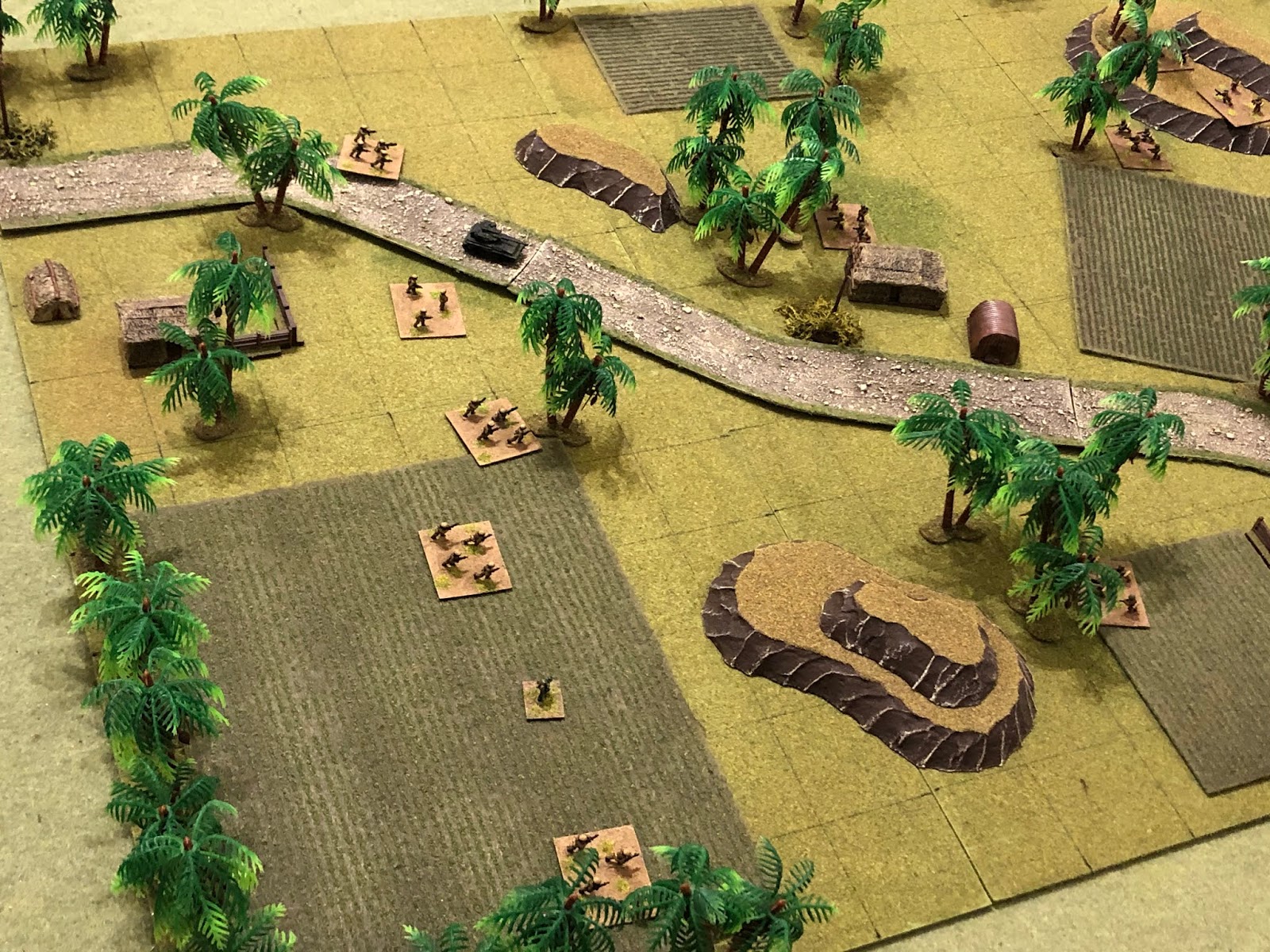 The Cubans (left) push forward on a broad front. 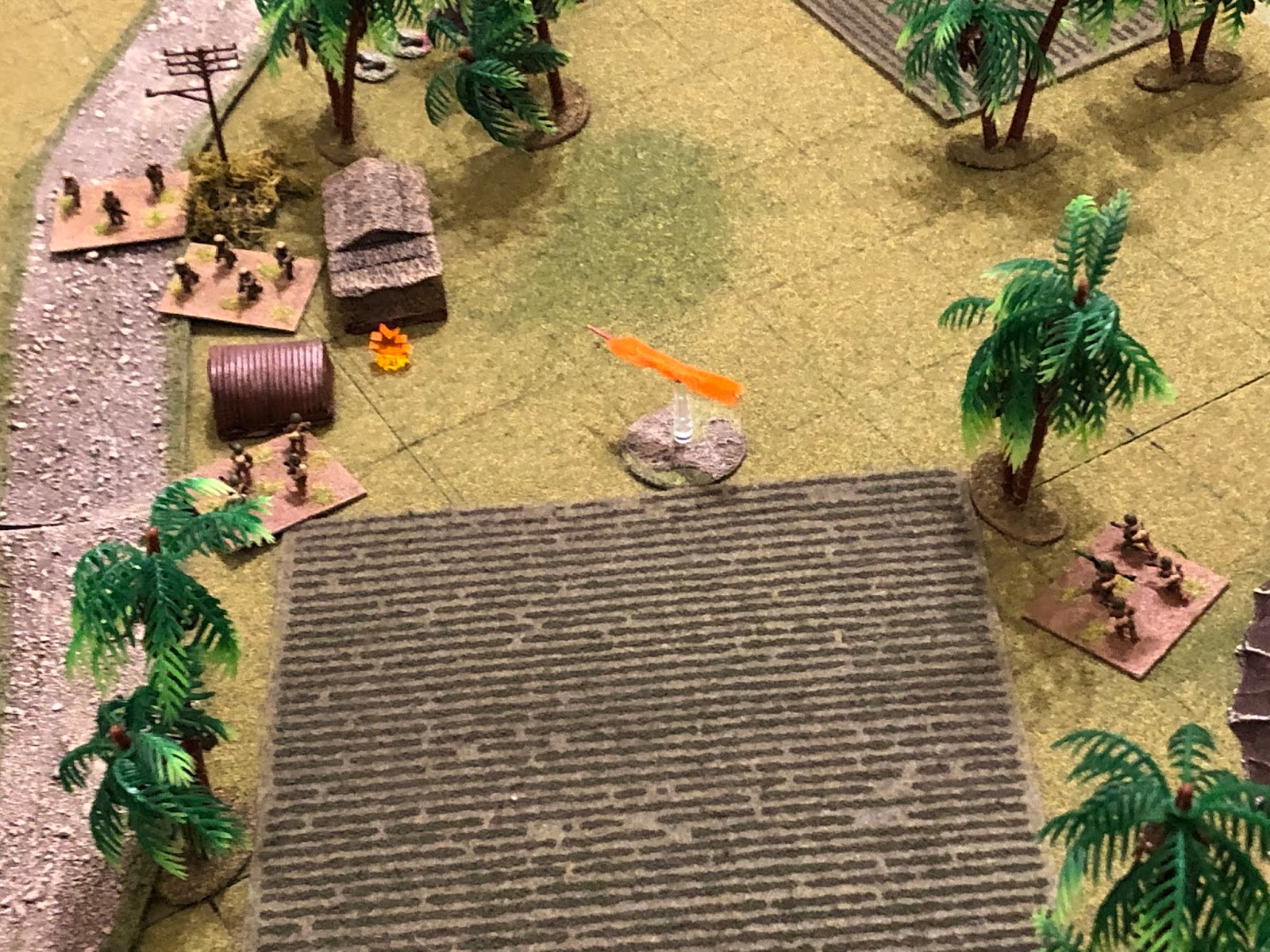 But it’s not long before the Communists spring their ambush. 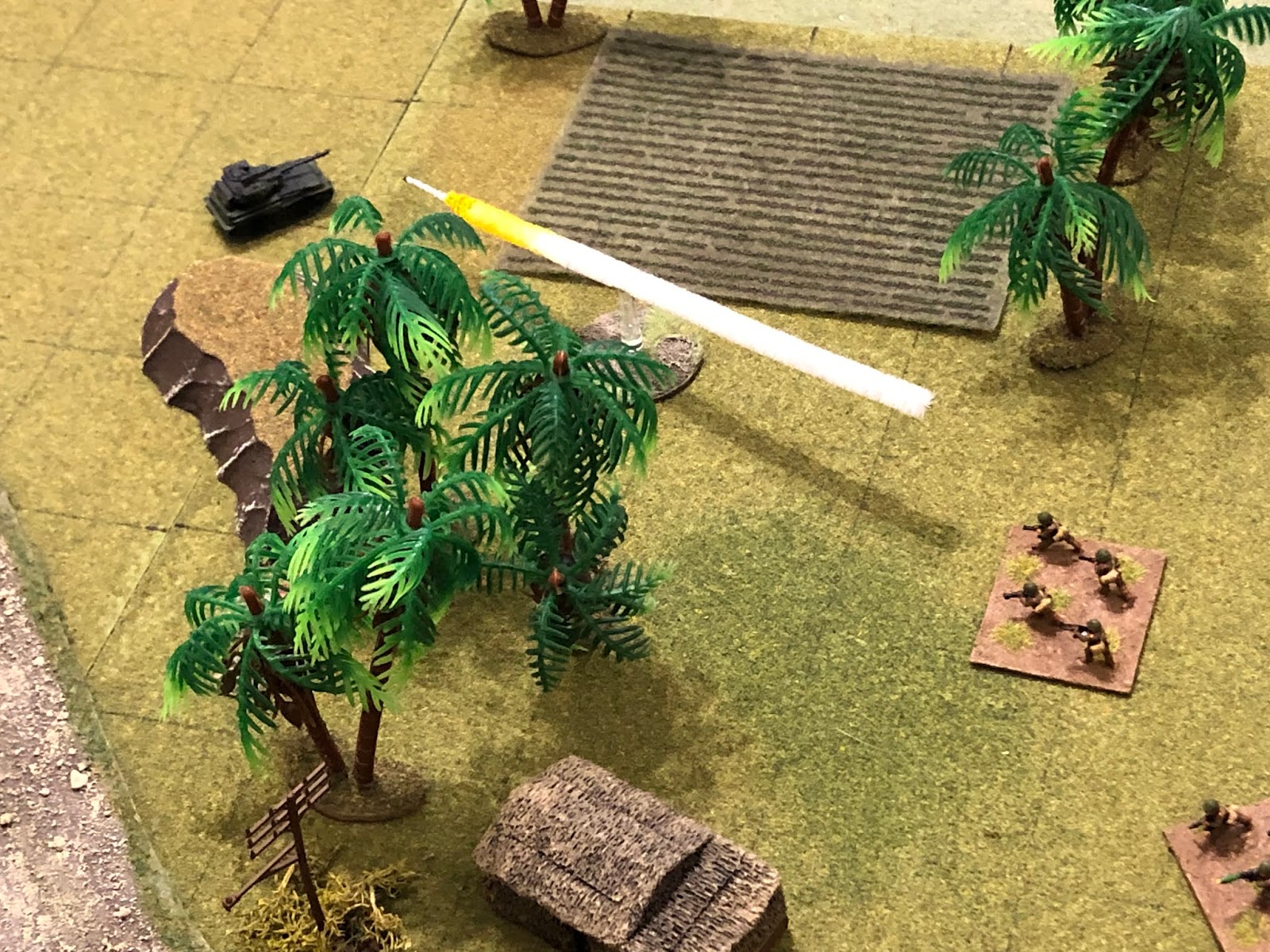 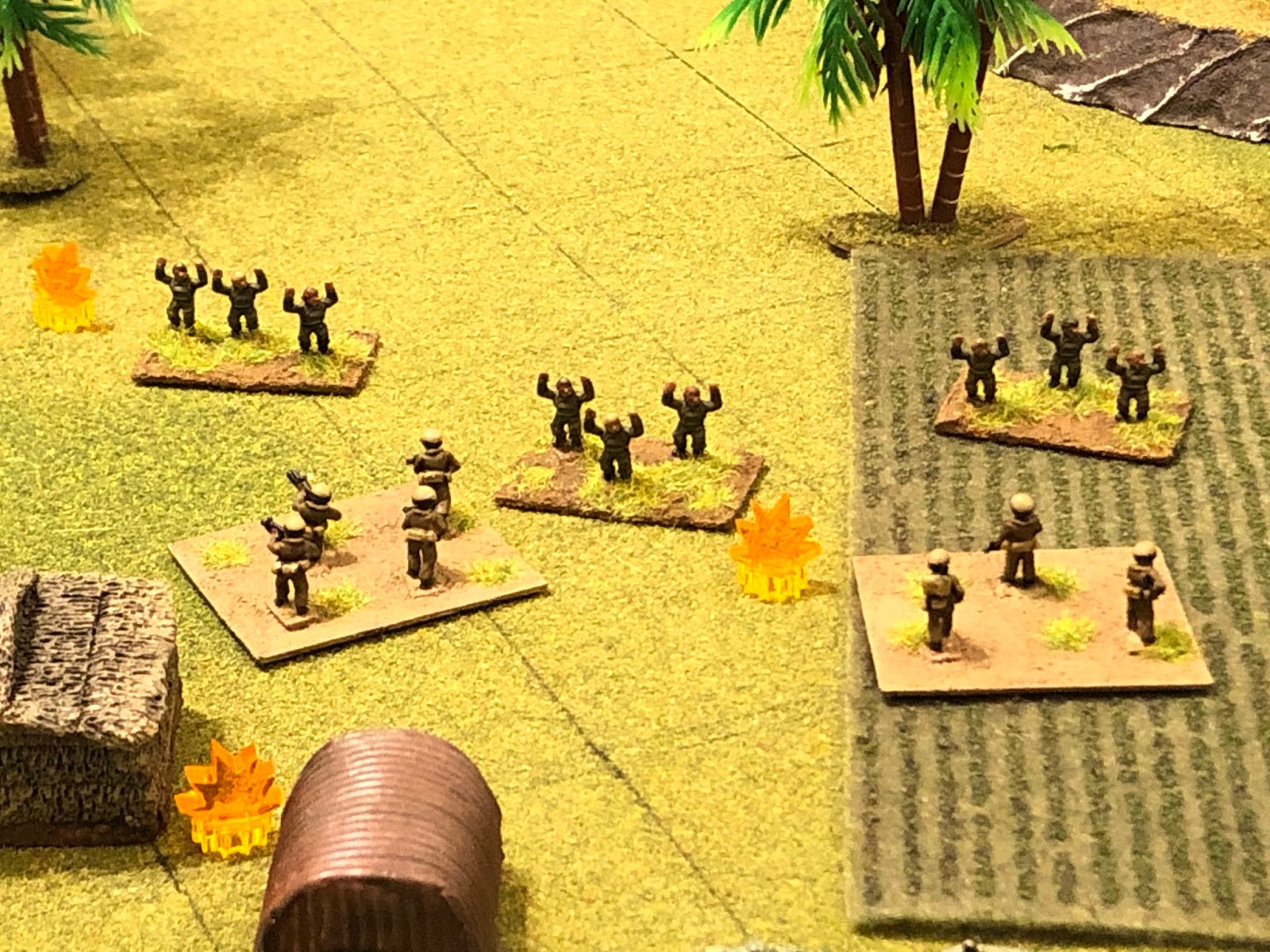 To see the whole fight, please check the blog at:
https://cubalibrewargame.blogspot.com/2020/05/operation-chunky-bandit-27-ground.html

Next up we have 1st Lt Madre-Animral’s TF Bowie attacking the FSNL’s 4th Company.