1st Lt Madre-Animral leads the tough Marines of TF Bowie straight east, assaulting the FSNL 4th Company’s positions.  This is a simple attack/defend scenario; the Cuban goal is to crush their enemies on the way to the capital, the Communist goal is to hold the ground. No sooner does the Cuban attack jump off then they run into enemy infantry (far right). 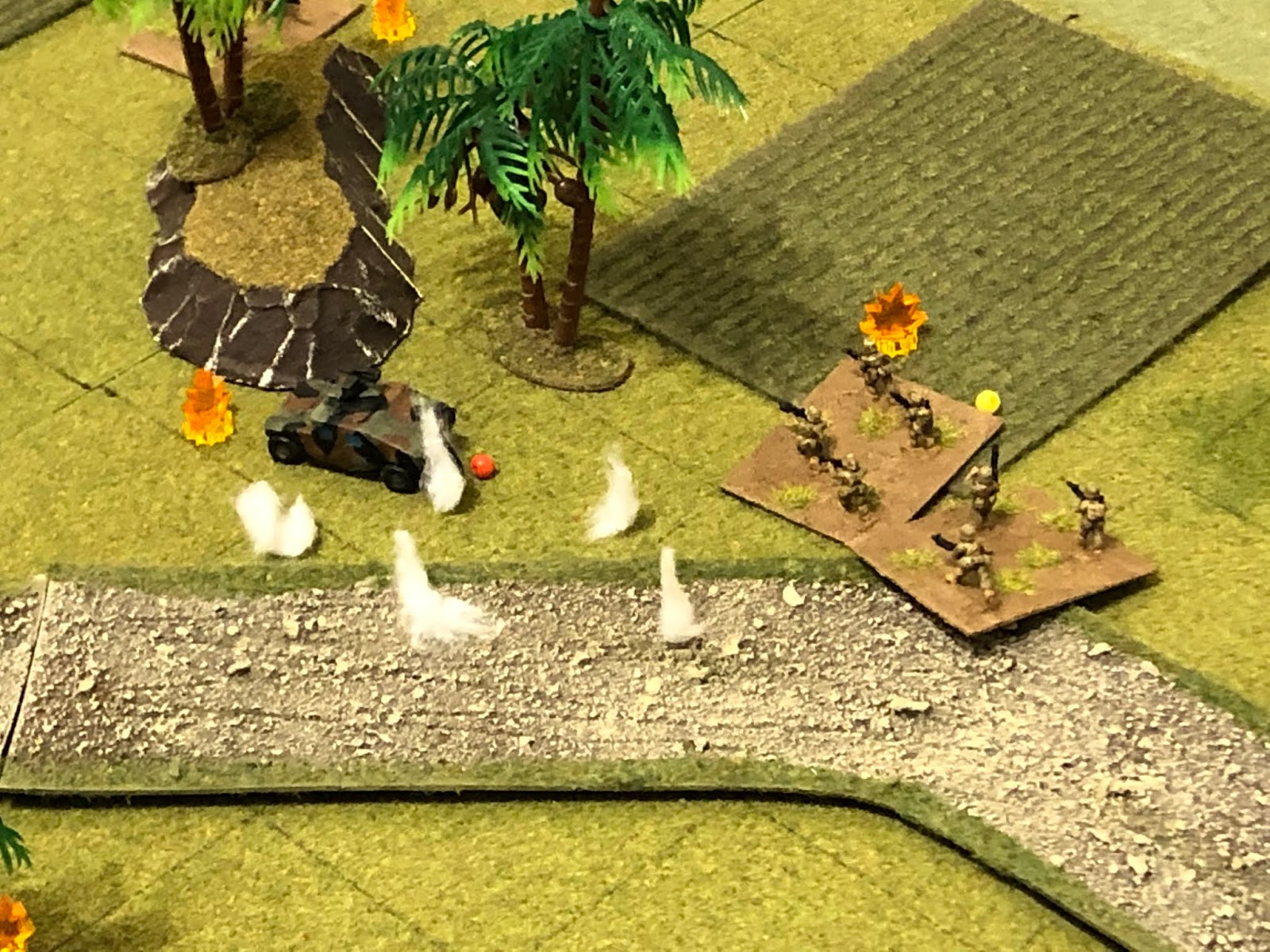 Return fire is intense and Lt Madre-Animral dashes forward under heavy fire to rally the troops! 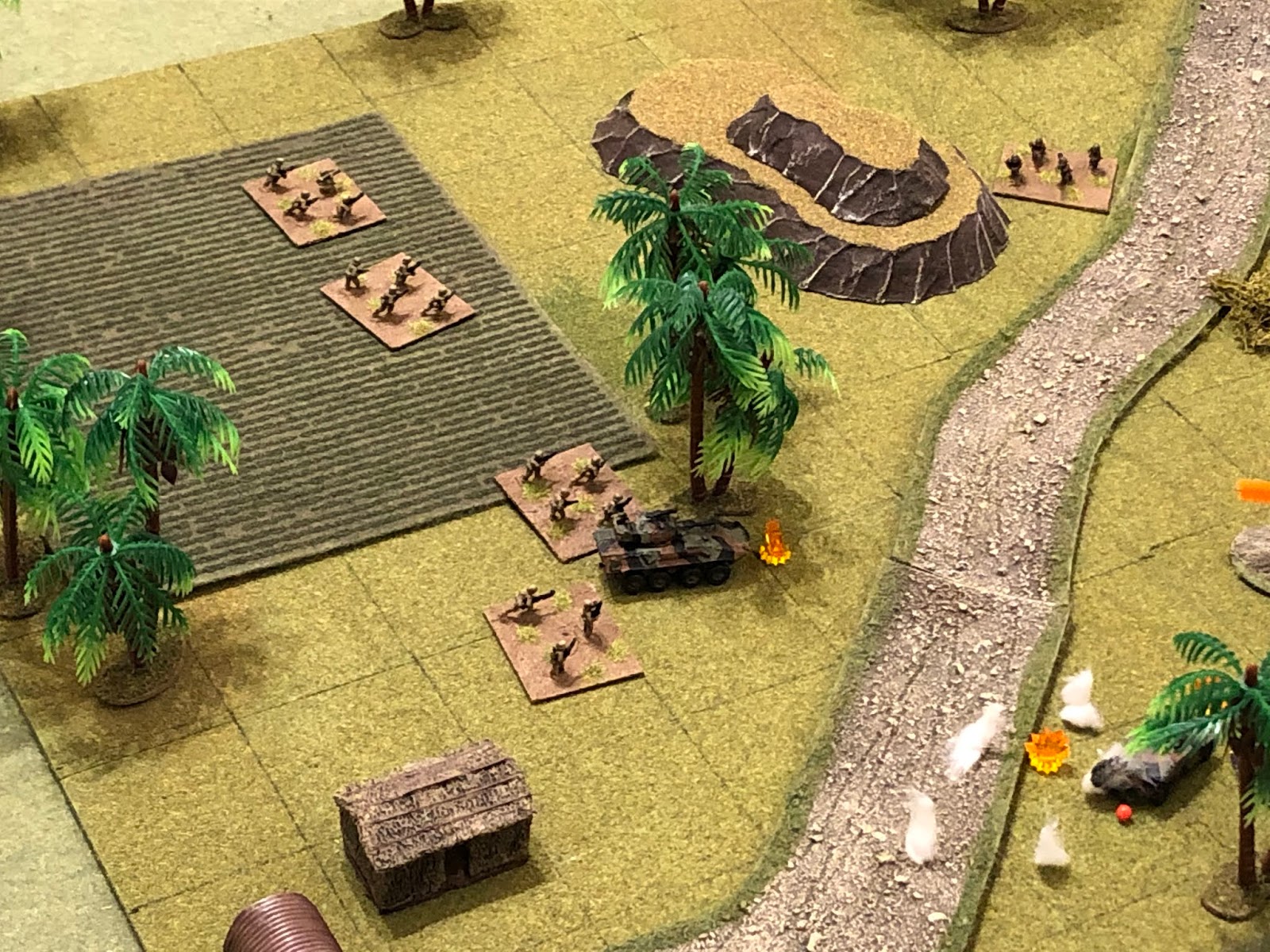 Stymied on the right, the Cubans try the left, bringing up their LAV-25 and more infantry. 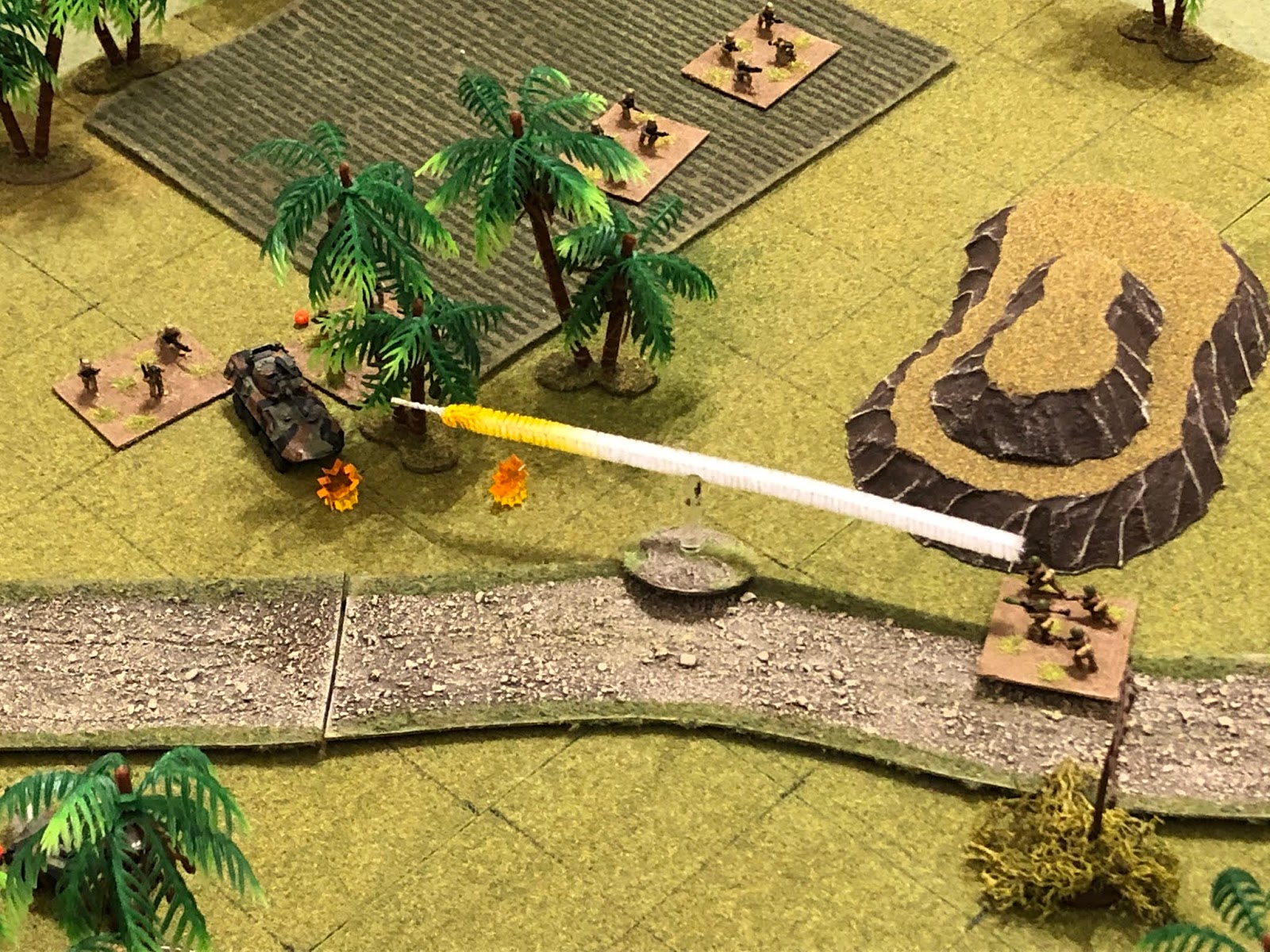 But the Communists are quick to counter!

To see how the fight went, please check the blog at:
https://cubalibrewargame.blogspot.com/2020/05/operation-chunky-bandit-28-ground.html

Next up we have 1st Lt Espinale’s TF Hawk attacking the FLA’s 2nd Company.