Back in the summer of 2012 I visited my brother in Indiana (USA). This killed two birds with one stone: 1. I wanted to play in the largest Star Wars Miniatures event in the world, having loved that game for a few years prior. 2. I wanted to visit my brother and his wife. While there I sat in a couple of sessions of DnD and played a random new person along for this session. I had always had a passing interest in DnD, but had never pushed the button and played. Fantasy miniatures were lame. Also while there I went to Gencon where I fell in love with Pathfinder, bought a load of dice and got some paraphernalia. I was hooked. I also came across Kickstarter and the Reaper Bones project. I had spare money so went for the full Vampire package and ended up with something like 150 miniatures for $100. It was great. These arrived at the end of 2013 while I was living abroad. They sat in a box for a while until 2014 when I decided to paint up a handful of figures: a bar wench, barman, blacksmith, couple of warriors and archers. Never finished them. Never played an RPG game either since being in Indiana. The whole thing stalled. I bought some Perry Miniatures in 2015 and they went basically untouched. I painted up a dozen or so skeletons but that was it.

Then Lockdown happened. The past week I got my box of half finished fantasy miniatures out and swore I would paint some knights up. At the same time I decided to actually try and improve my painting skills.

And here we stand. Four completed experiments. I am actually quite happy with them.

More to follow. I have the rules Song of Blades and Heroes that I intend to use. 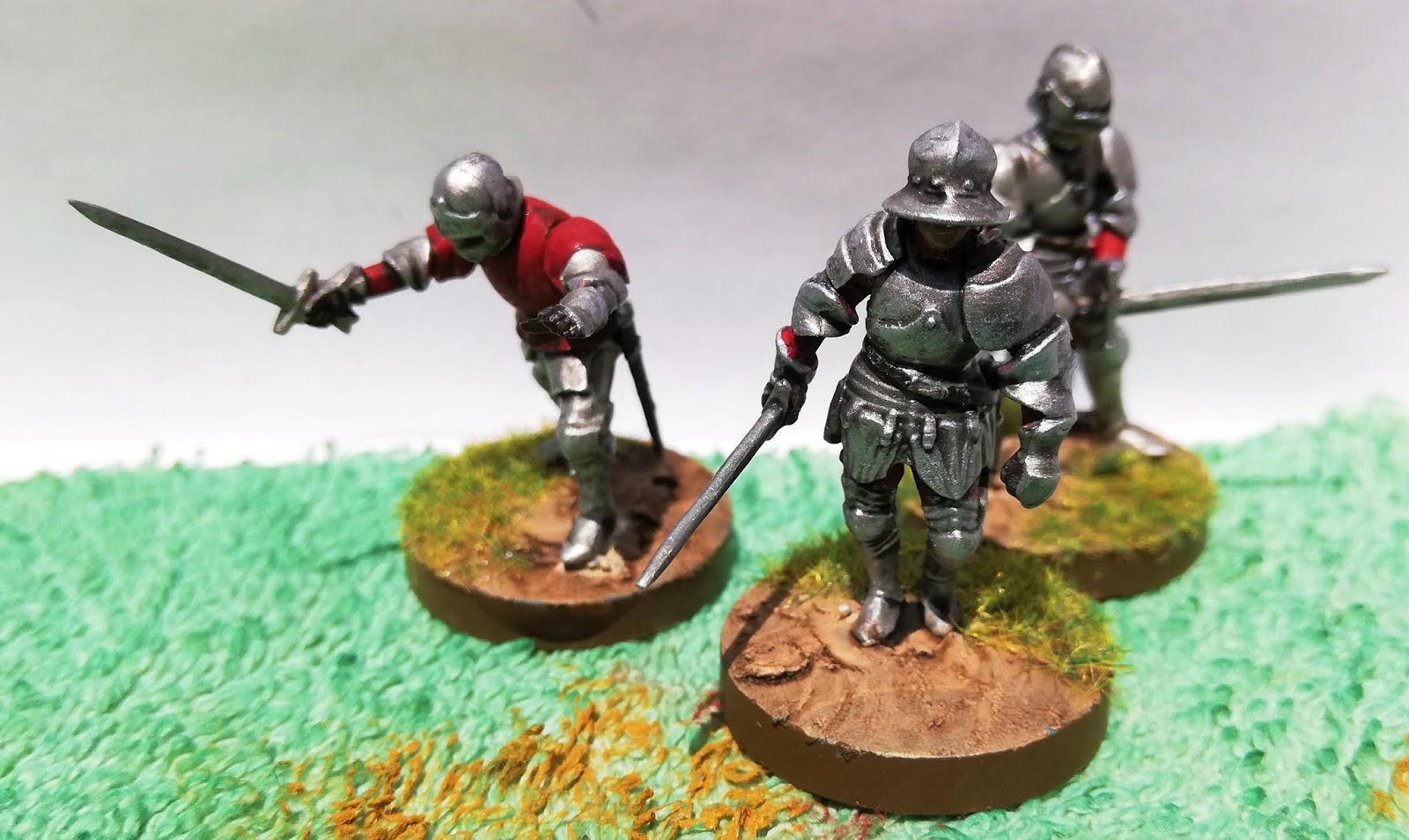 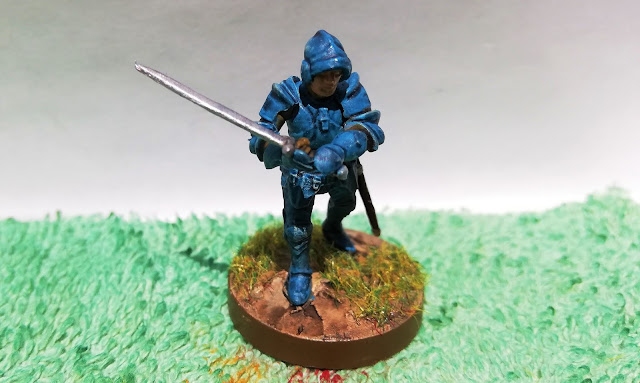