Reply To: War for the Old World (3mm Microworld Fantasy)

By the way, these are some photos which illustrate my basing predicament.  I’m starting to doubt, a little, that the 1 1/4″ bases with labels will work correctly.  They might make the tabletop look skewed.

Visually, this looks best to me, but as you can see it means that there could be misunderstandings when bases are engaged as to which unit is fighting which. 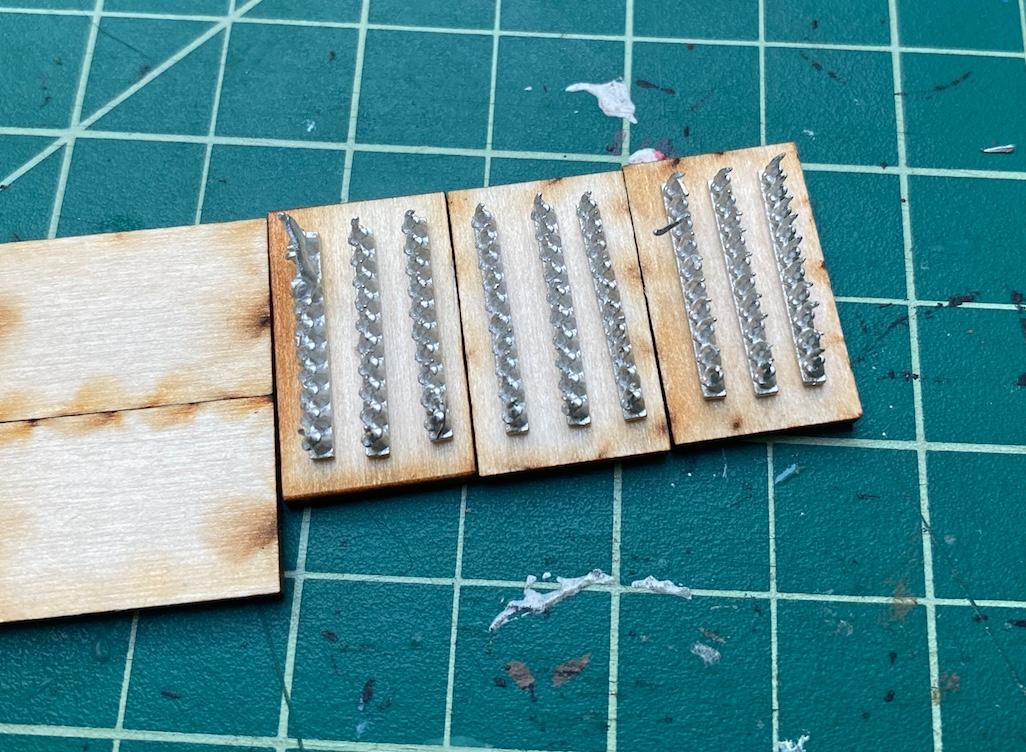 This is most functional but feels like there’s too much visual elbow room: 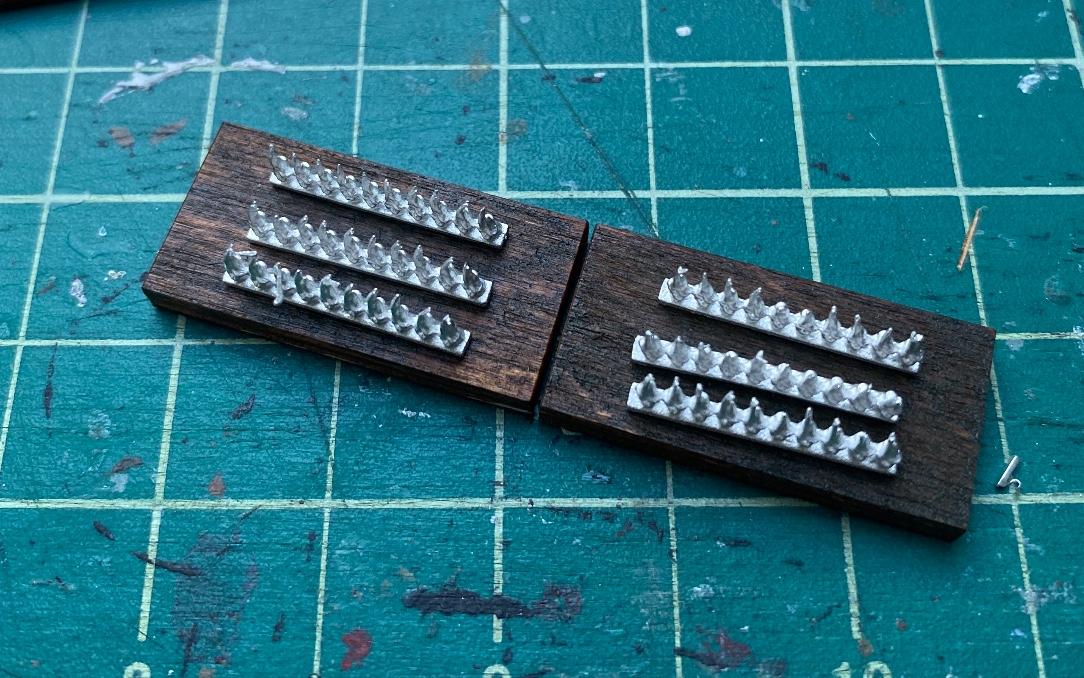 And this feels like it would only play on a way bigger surface than I really want, and although it would be pretty stunning would take me a million years to finish: 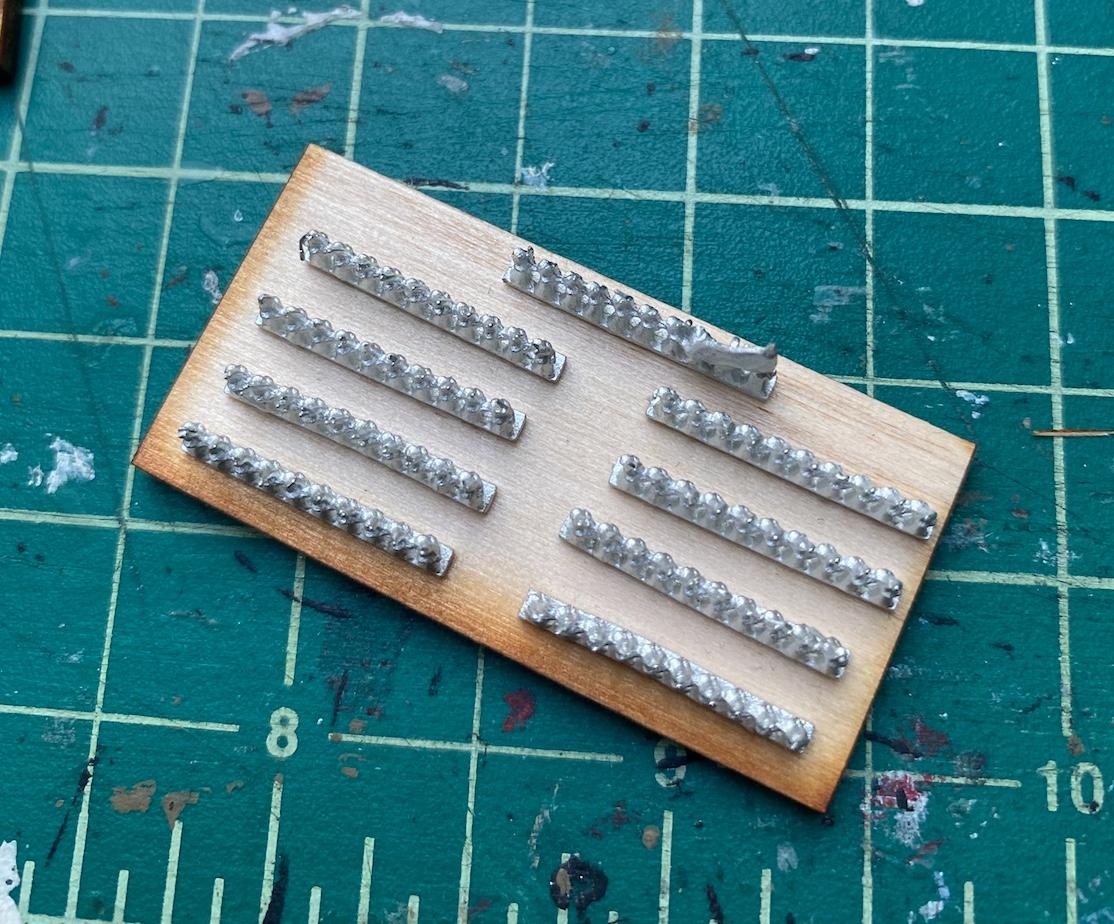 This is the “compromise” with base labels.  It would definitely help determine facing but you can see what would happen when units engage.  Maybe I don’t care?  Maybe I do. 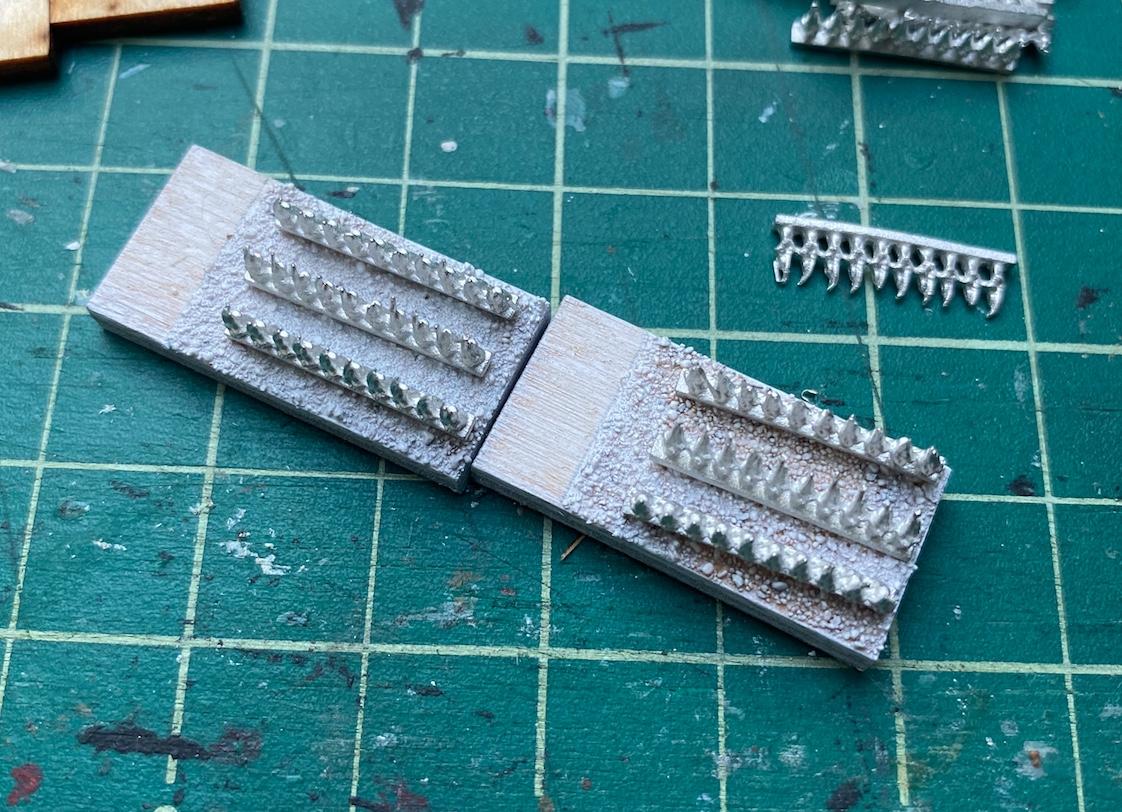 Yet another option comes to my mind.  If I give units like Cavalry an “engagement zone” painted on the front of their bases, it would indicate which unit they were engaged with?  I’m not sure the math works out on that.  Maybe I’ll just go for what looks best and damn the game, just put the game at the service of the minis instead of the other way around.  I’m dithering.