The SLA’s D Company was dug-in deep into defensive positions oriented north, prepared to fight off the Commie hordes coming down Route 1, but aware of the Cubans’ Task Group Halabrio attacking east to west behind them.  What they were not expecting was for a Communist company-sized battlegroup to be defeated by TF Hammer and pushed into their rear, but that’s exactly what happened!  Having said that, the industrious SLA troopers were able to rush some troops to their left flank and prepare a defense, even digging in a couple of their units, as the Communists approached. 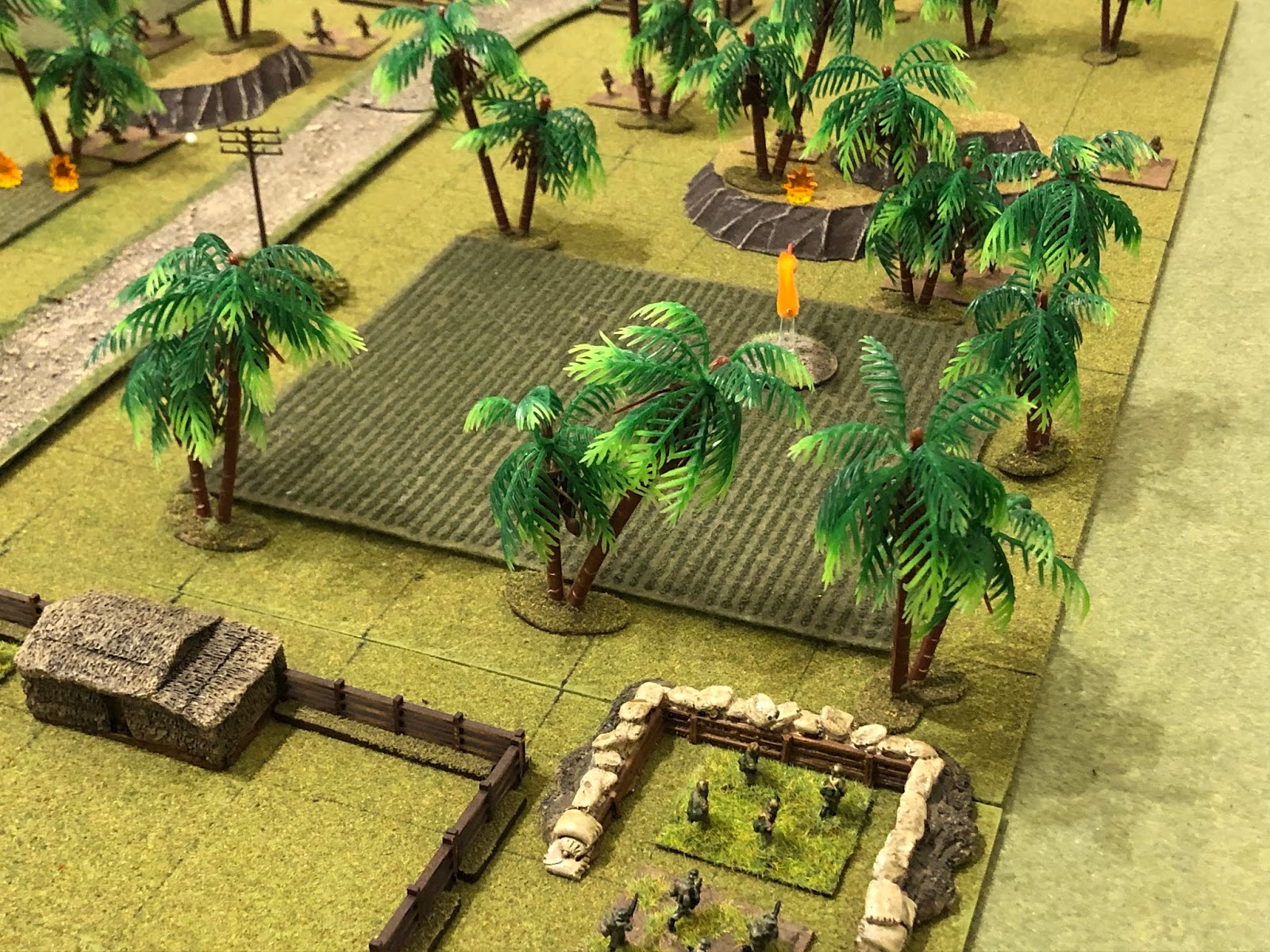 The SLA troopers are dug-in and expecting trouble, and as the Communists creep through the jungle, the defenders open fire. 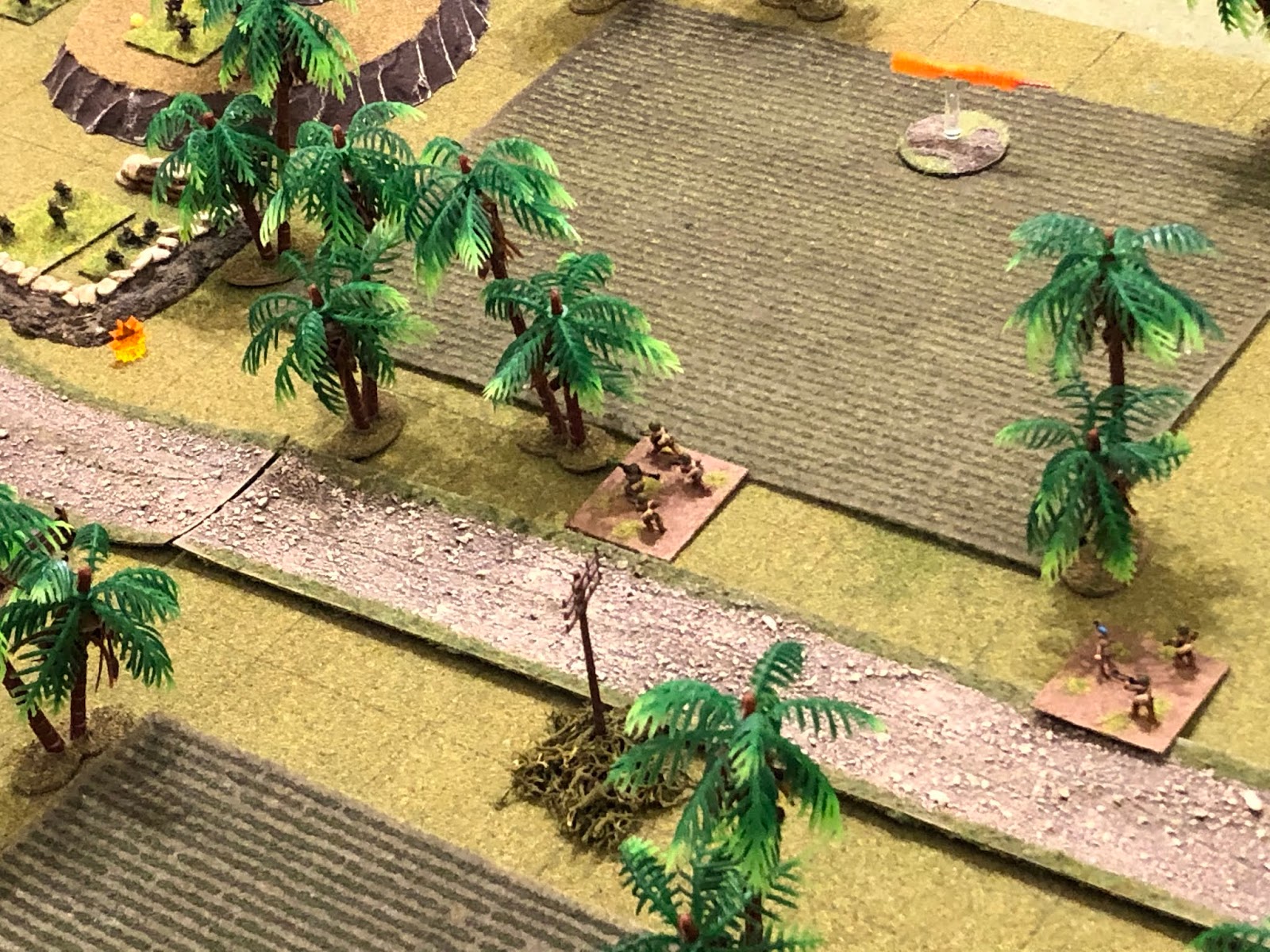 Despite the prepared fields of fire, the enemy manages to push forward in the center. 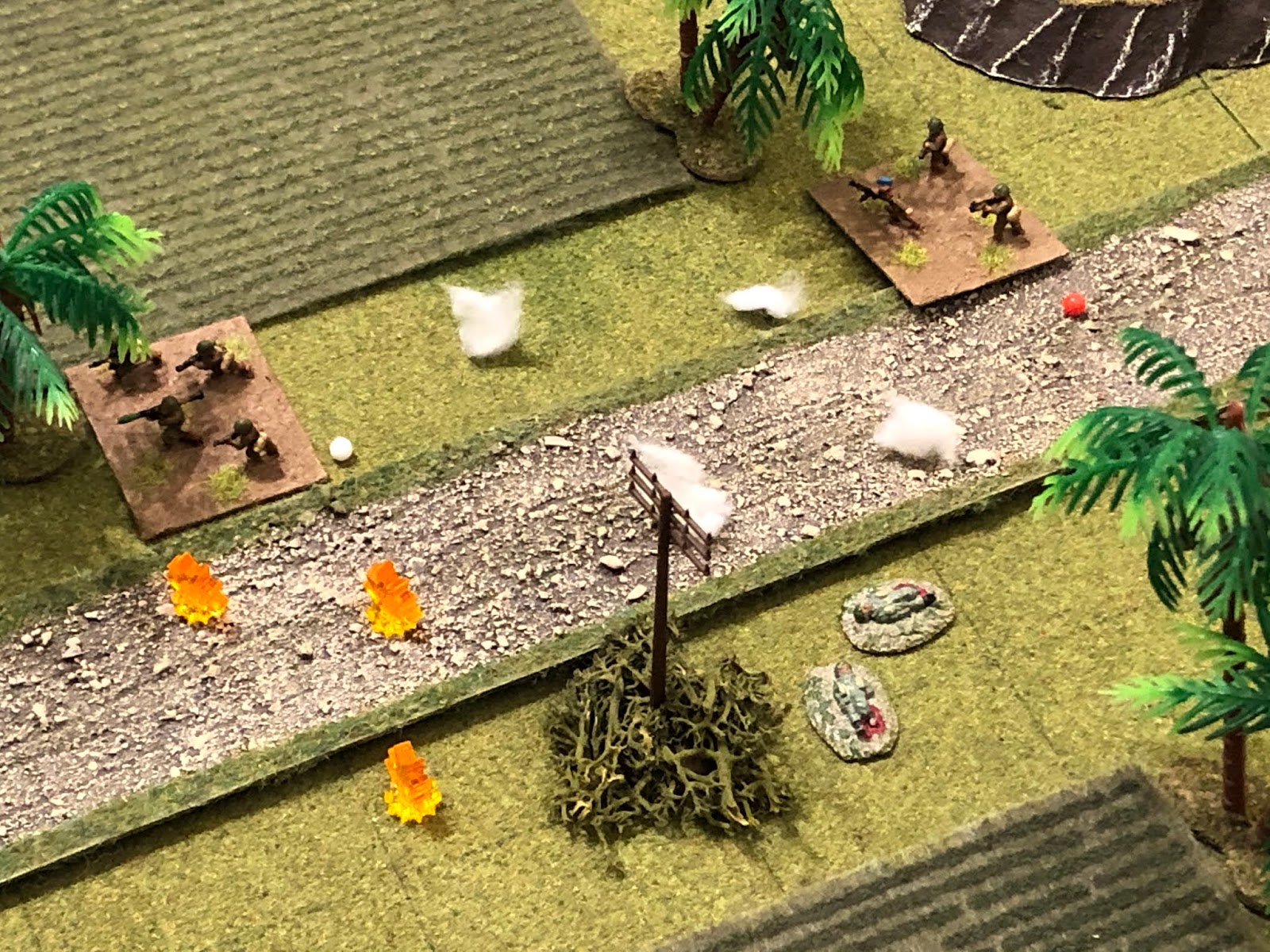 But the SLA mortars and machine guns make quick work of them.

To see how the fight went, please check the blog at:
https://cubalibrewargame.blogspot.com/2020/05/operation-chunky-bandit-31-ground.html

Next up we have the rematch between Lt Espinale’s Task Force Hawk and the Free Leon Army’s 2nd Company, which fought the Cubans to a standstill, knocking out a tank, an APC, two rifle teams, and wounding their commander!  The Cuban paratroopers are seeking retribution.