Thanks everyone, I like them and I think they’ll work.

Andrew – You raise several good points man; I’m certainly no cartographer, and your product is much more accurate and detailed.  I just kinda eye-balled it and rolled with what I could find, happy that most (and I mean most!) of the locations are roughly in the right spot.  Yes, this thing is definitely out of scale, no two ways about that (the Greek map was, too), and is showing areas where whole Corps, if not Armies, fought, not just a measly little brigade-sized element, but I wanted to have a feeling of movement and the name recognition of some of the larger locations.  To me, it would have been much more accurate, yet kind of strange, to play a campaign that was part of the Minsk encirclement, yet Minsk wasn’t even on the campaign map as KG Klink’s piece of the overall puzzle never brought them anywhere near Minsk.  So I fudged to get something quick and playable.

Along those lines, you’re right about continuity with Smolensk, but each map campaign is essentially a stand-alone module, with KG Klink getting a breather (and probably some reinforcements, or at least a reorganization) in between.  To that end, I believe Vyazma will be the furthest east KG Klink gets.

The last piece of that is, I guess I need to stop calling it KG Klink, eh?  Their designation is now “PanzerGrenadier Brigade Klink” (sort of in the Grossdeutchland model), so I’m thinking to call them PzGren Bde Klink, and call each of the sub-groups “Kampgfgruppe (name of the commander).”

Whirlwind John – I’m with ya, you can never have enough Soviet stuff, but here’s what I’ve got and it will have to do: 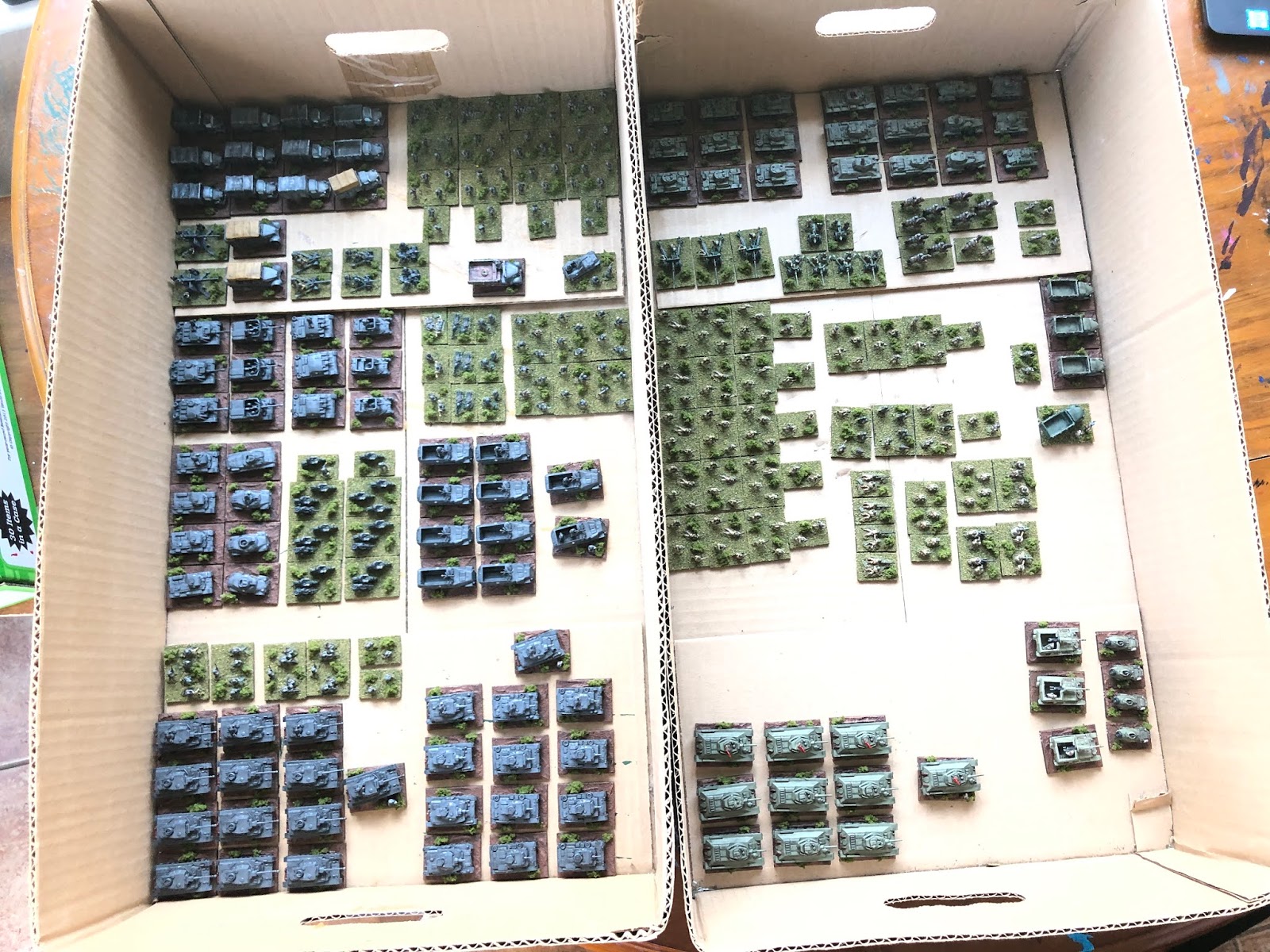 Germans on the left, Reds on the right.  Here’s the link if you want to see closeups:
https://blackhawkhet.blogspot.com/2020/05/my-10mm-basing-solution-ready-for.html

I’m off next Friday, so I’m hoping May 29th is D-day for Klink’s Operation Barbarossa!