This is the first fight of Turn 2, where we have 1st Lt Espinale and TF Hawk in a rematch with the FLA 2nd Company’s ferocious defenders.  To see the map moves, please check here:
https://cubalibrewargame.blogspot.com/2020/05/operation-chunky-bandit-mini-campaign_25.html

TF Hawk was roughly handled in the first fight, losing a tank, an armored personnel carrier, two rifle teams, and having their commander lightly wounded.  The Cuban paratroopers, supplemented by commandos from TF Dusty, are singularly focused and seeking retribution.  This is a simple attack/defend scenario; the Cuban goal is to crush their enemies on the way to the capital, the Communist goal is to hold the ground. 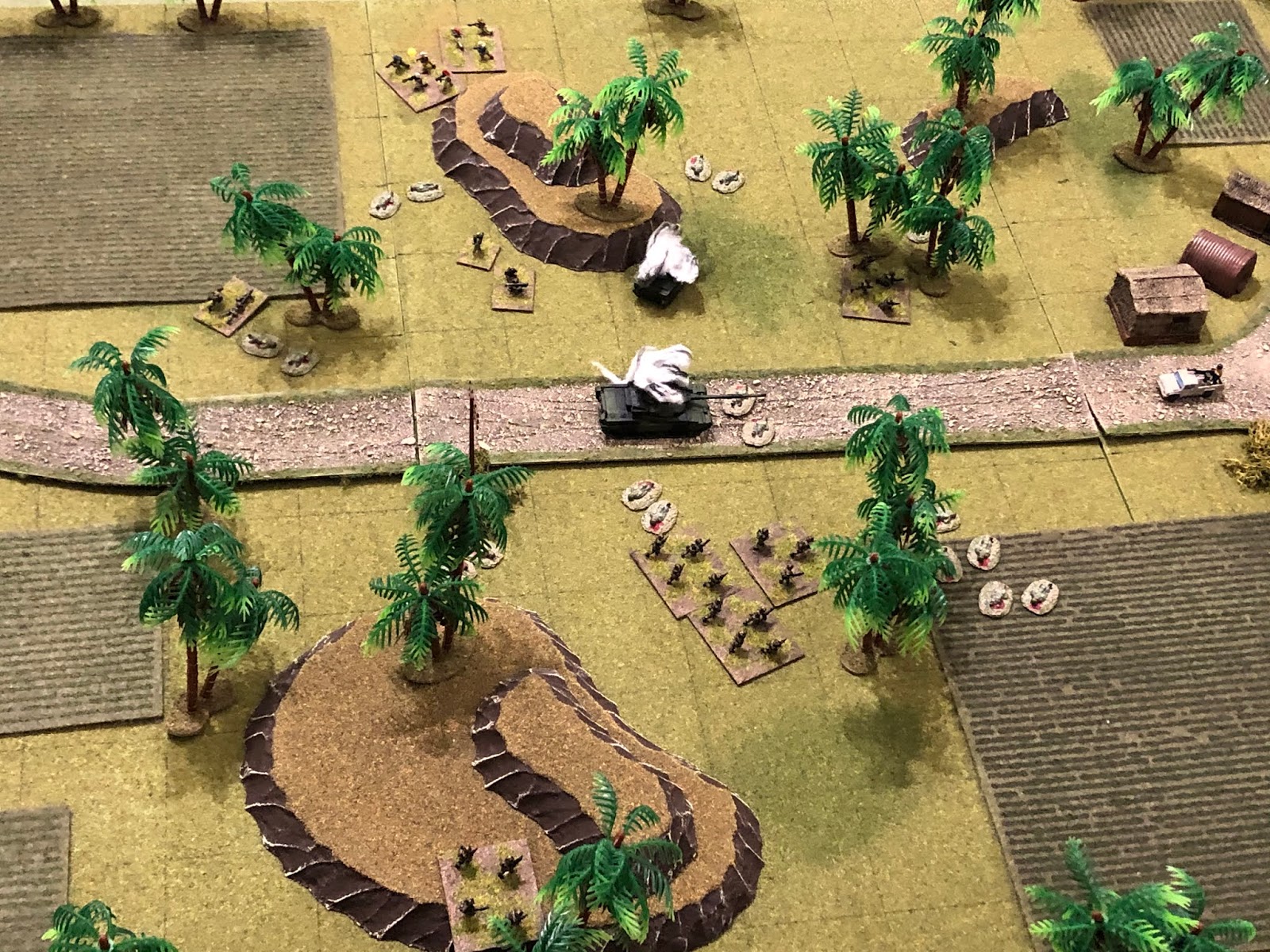 The Cubans are making good progress in the center (center), when suddenly an enemy Technical shows up (far right). 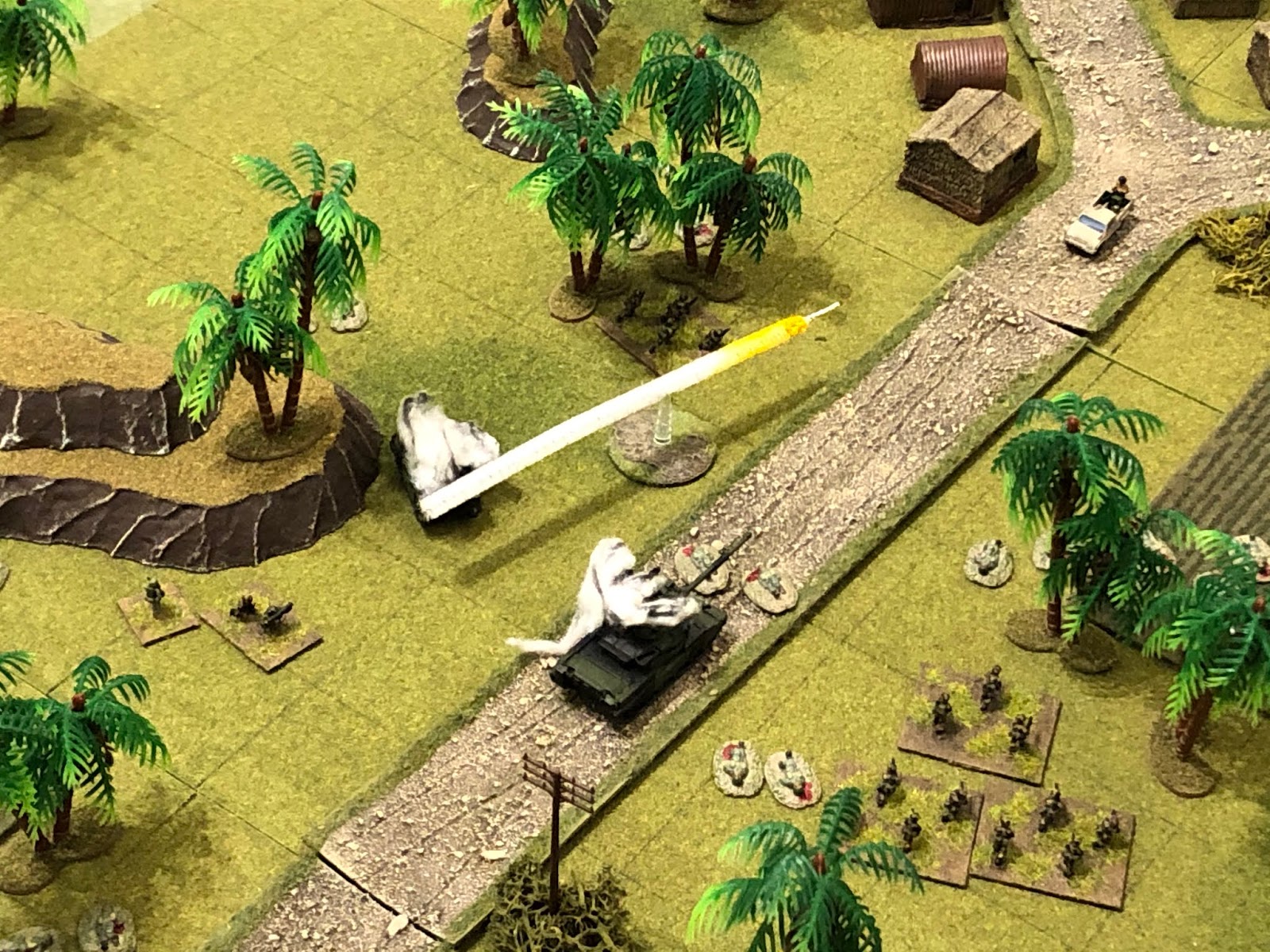 So Captain Villagrosa brings up the Charlie G team, who sends an 84mm round down range… 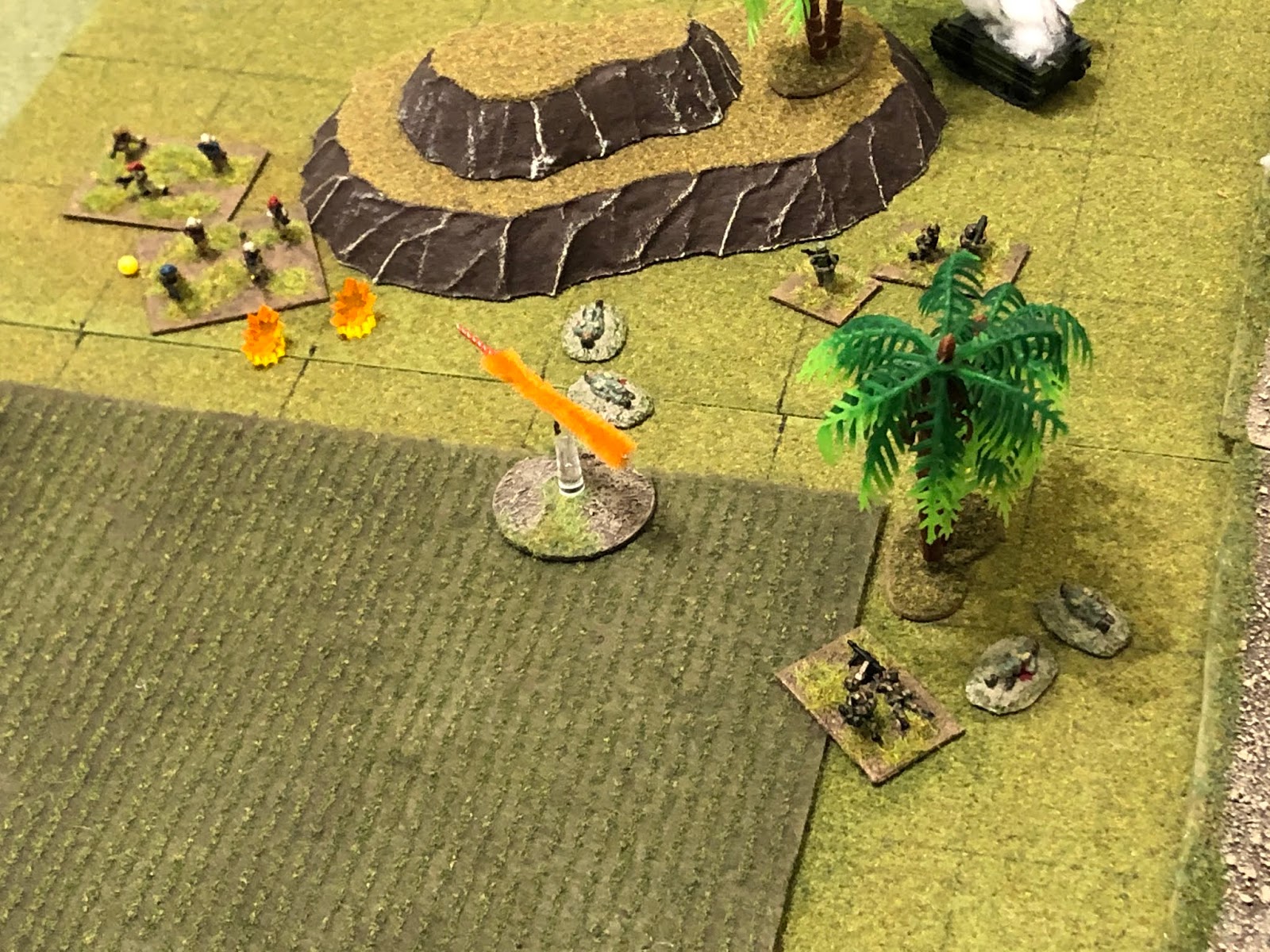 While the MG team holds down the left flank.

To see how the fight went, please check the blog at:
https://cubalibrewargame.blogspot.com/2020/05/operation-chunky-bandit-32-ground.html

Next up we have the South Leon Army’s D Company, buttressed by one team from Task Force 23, defending against the FSNL’s 1st Company.