The SLA’s D Company was dug-in deep into defensive positions oriented north, prepared to fight off the Commie hordes coming down Route 1, but were suddenly attacked from the west by FSNL3, which was retreating from a beatdown they received at the hands of TF Hammer.  It turned out to not be a big deal; the company quickly re-oriented itself to the west and very easily gave the retreating Communists a bloody nose, sending them packing in a northerly direction.  Security patrols were quickly sent out in all directions, seeking to find out if any other enemy forces were lurking in directions unexpected, and even hoping to tie in with the incoming Cuban forces, but bad news came back: fresh enemy troops were spotted coming in from the north!  It seems a new enemy formation passed through the retreating Communist troops they’d just defeated, and now D Company had to re-orient itself to defend to the north again. 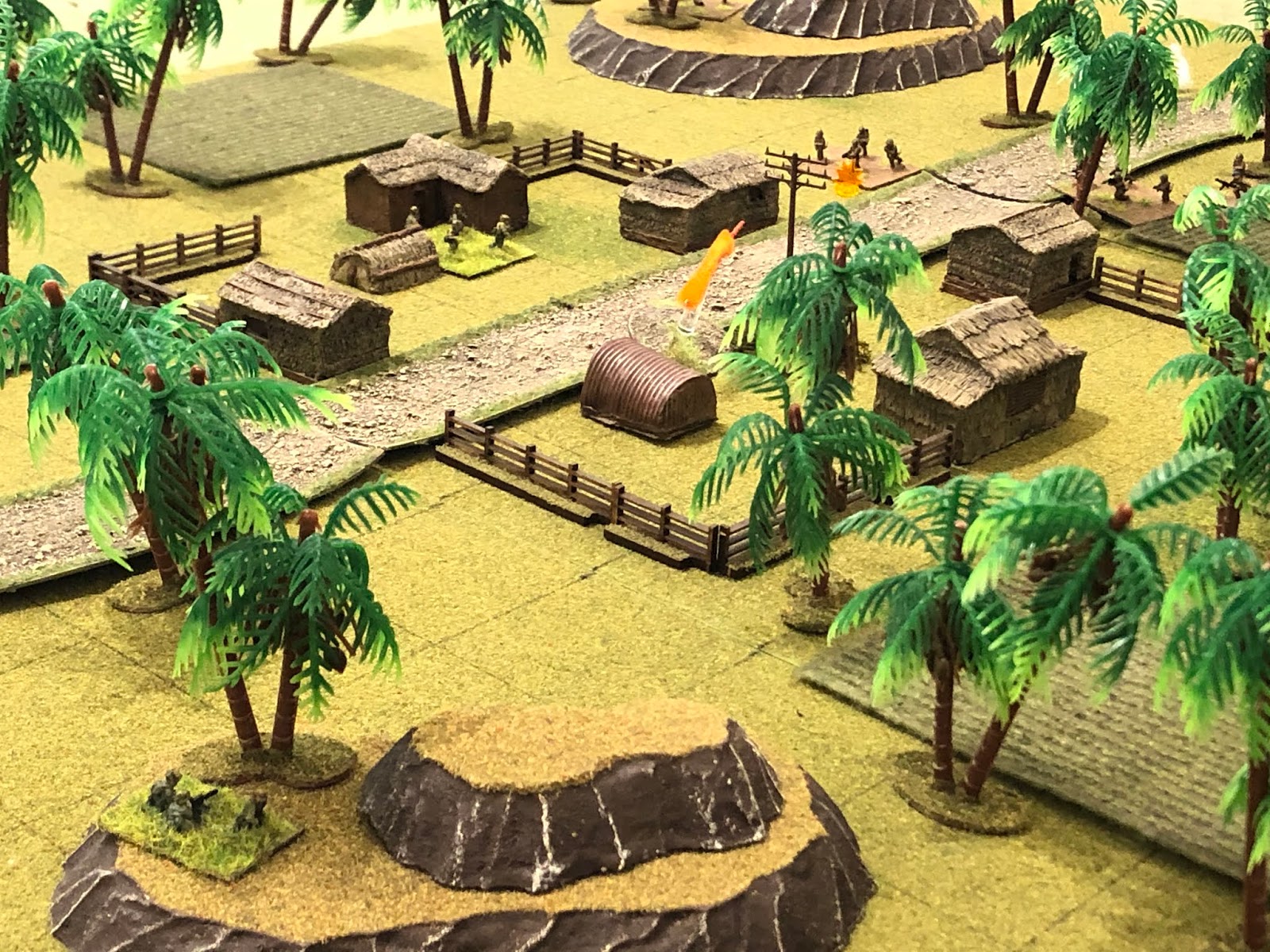 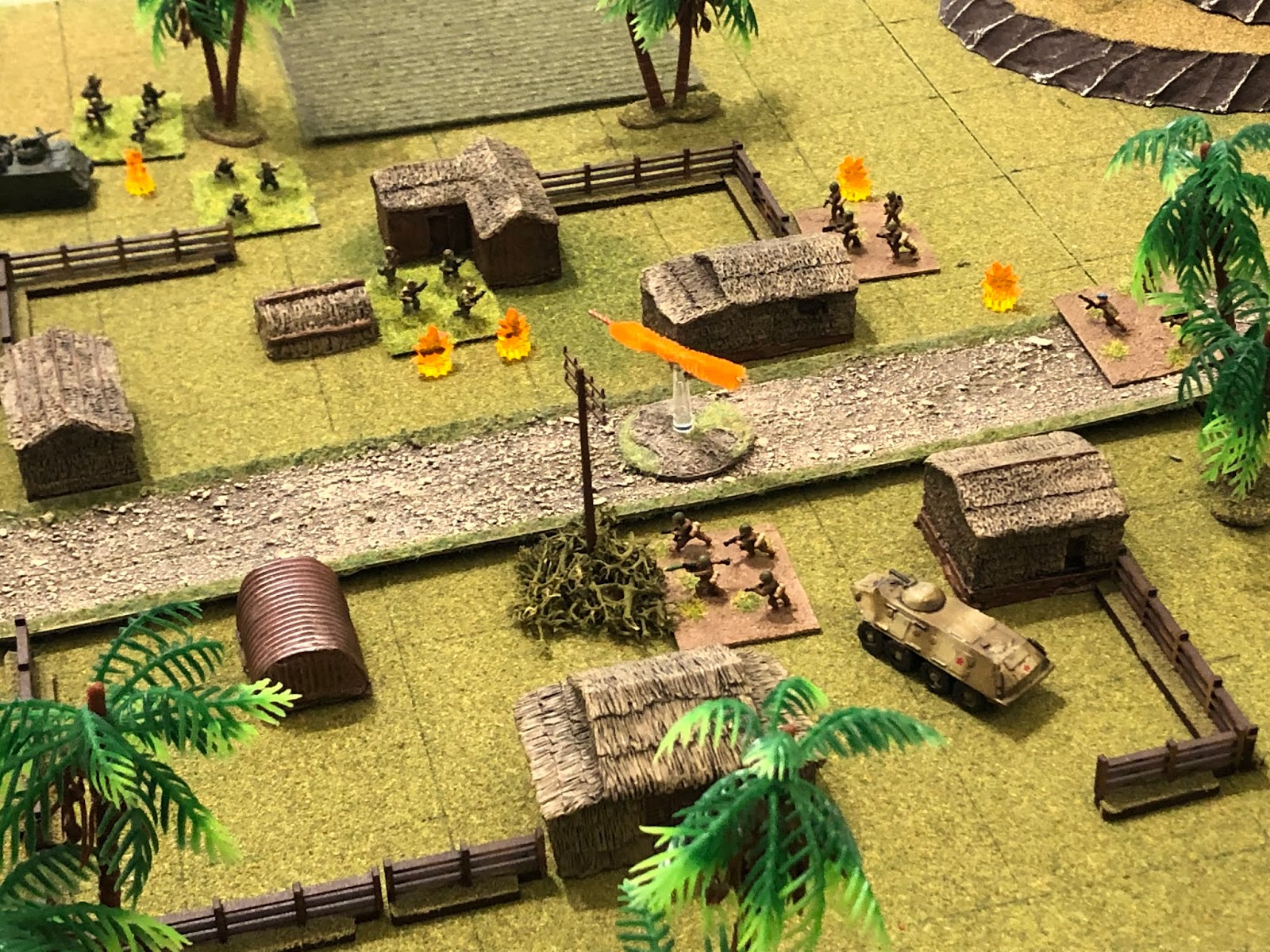 But things heat up in the village as the Communists counter with more infantry and light armor. 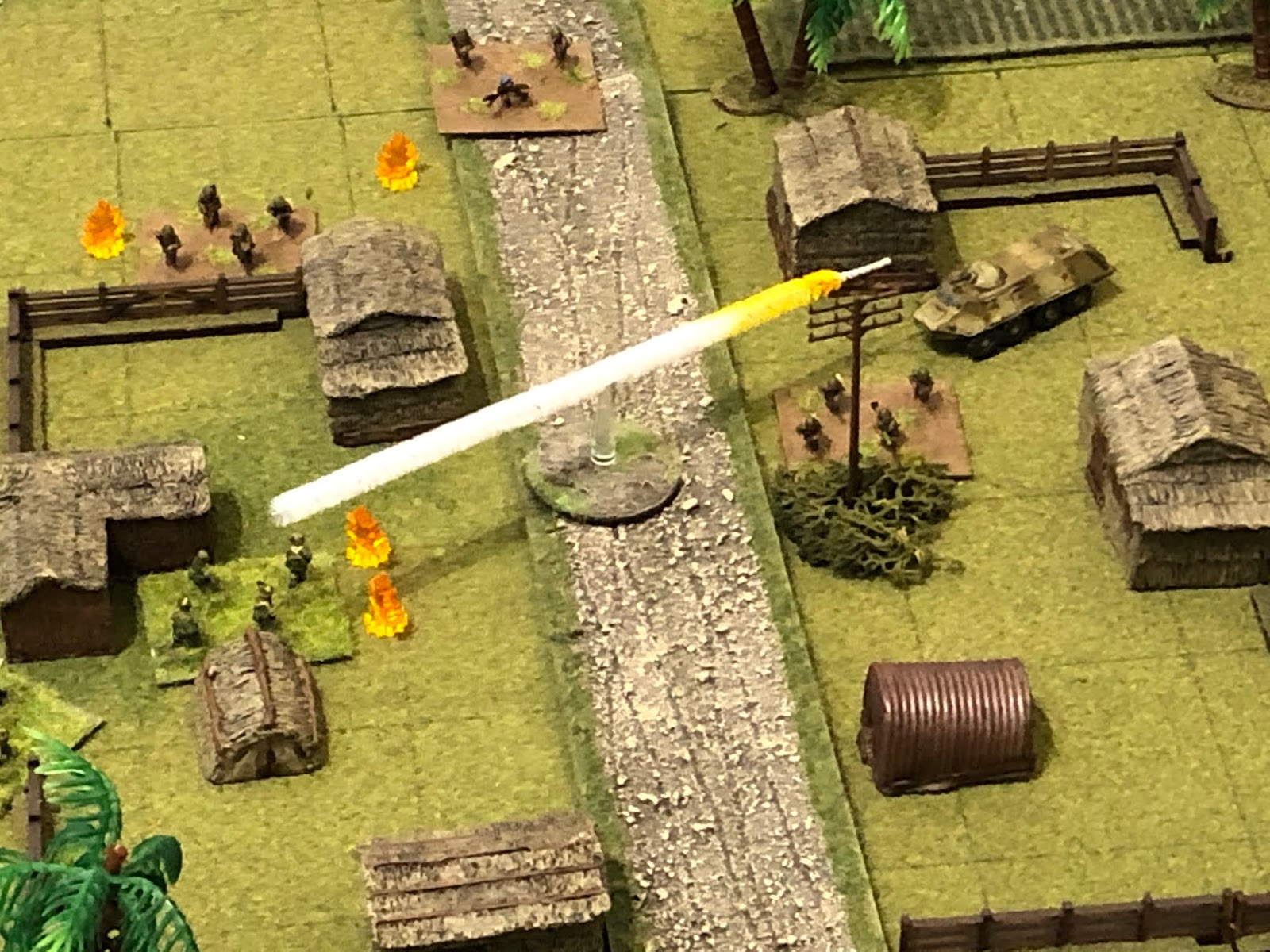 But fear not, there is always an answer to armor that has gotten to close to the infantry.

To see how the fight went, please check the blog at:
https://cubalibrewargame.blogspot.com/2020/05/operation-chunky-bandit-33-ground.html