Major Chavez leads his TF Hammer in pursuit of the FSNL 3rd Company, which has previously been defeated by TF Hammer, was forced to retreat, ran into the SLA’s D Company, was defeated again and was forced tp retreat.  The overall Task Group commander, Major Halabrio, has decided to attach himself to the assault element, leaving Major Chavez in overall commander but willing and able to assist as necessary, functioning as a second command stand for the Cubans.

This is a simple attack/defend scenario; the Cuban goal is to crush their enemies on the way to the capital, the Communist goal is to hold the ground. 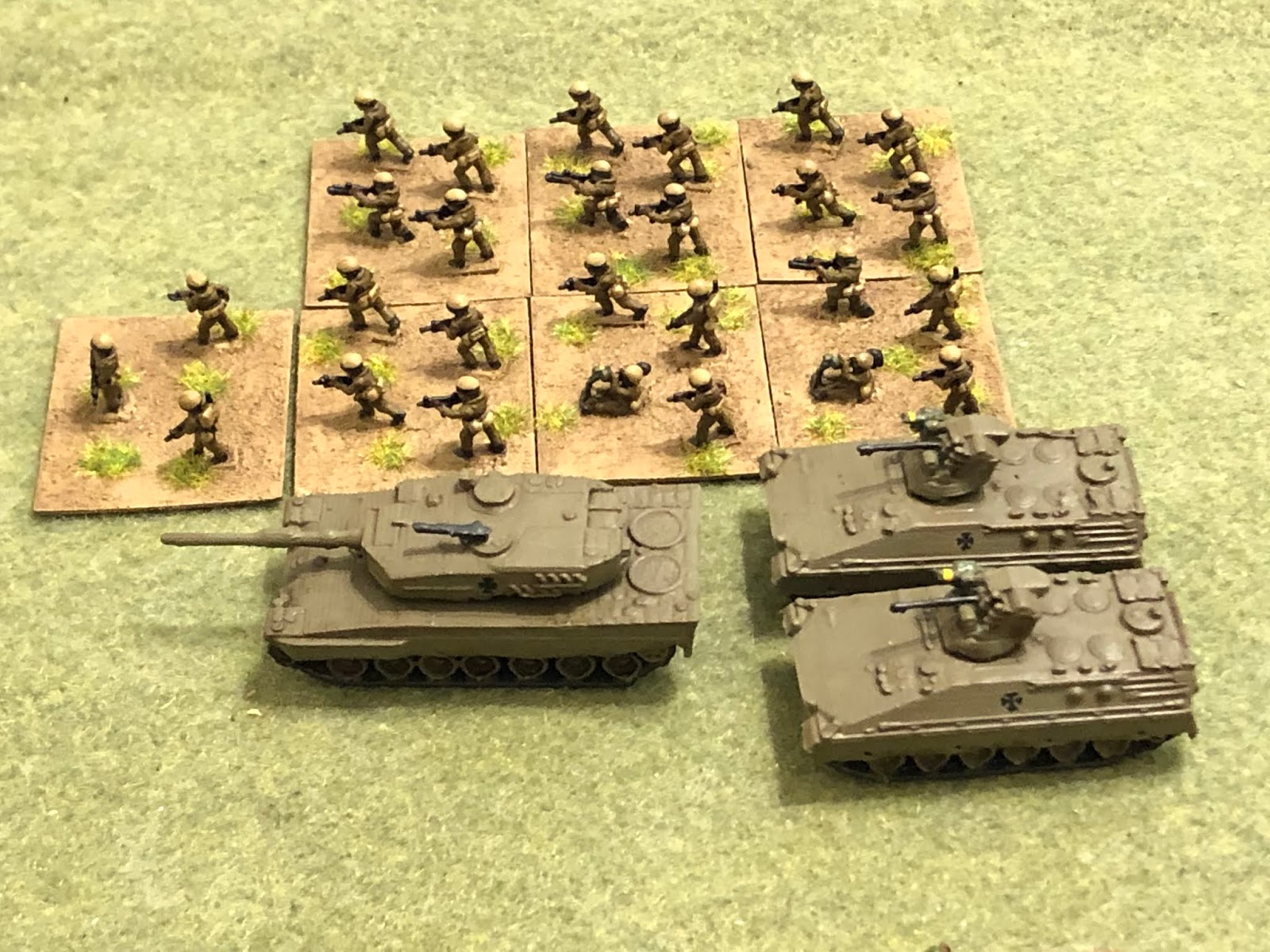 Cubans rolling in heavy for this fight! 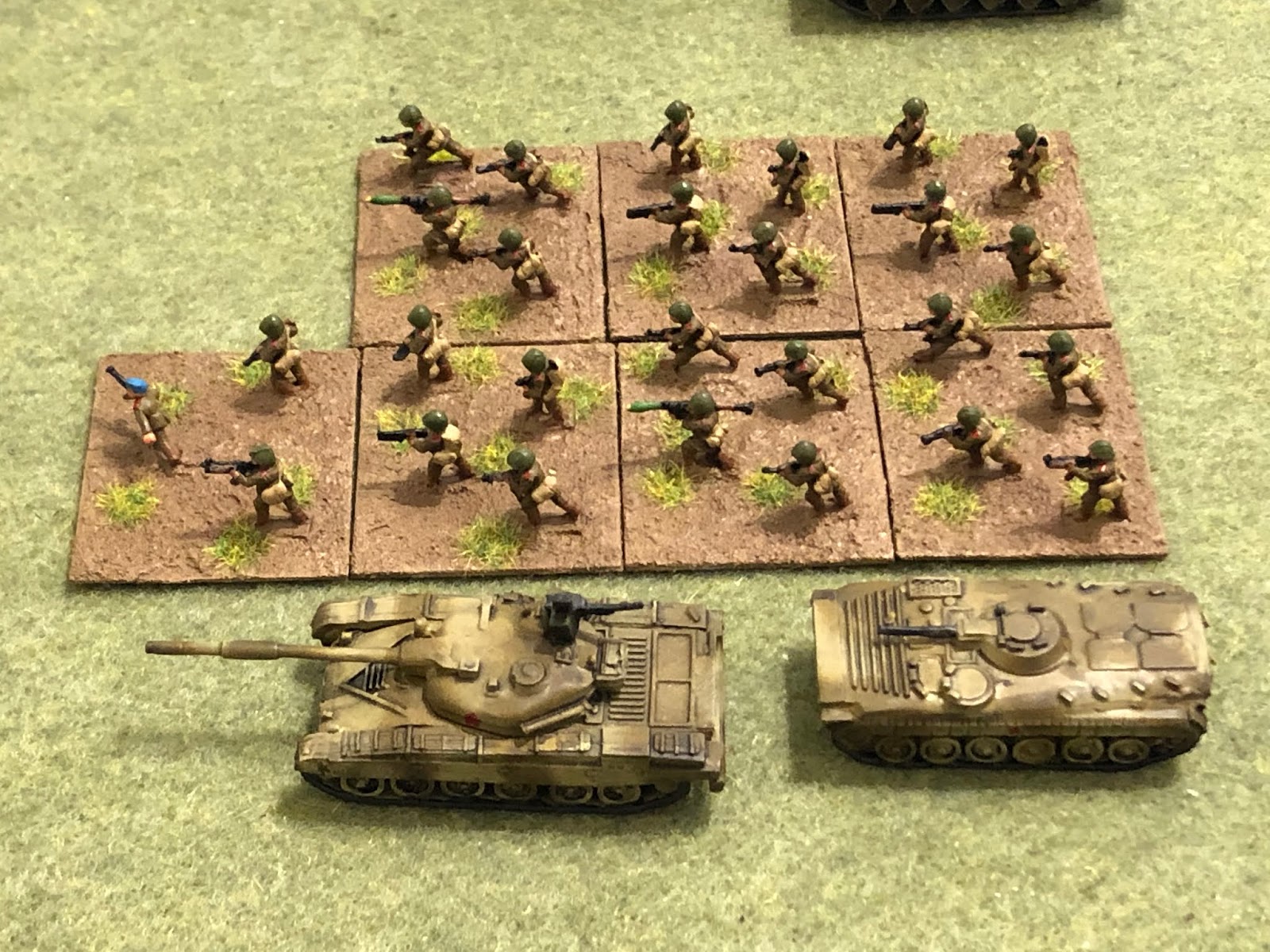 But so are the Communists… 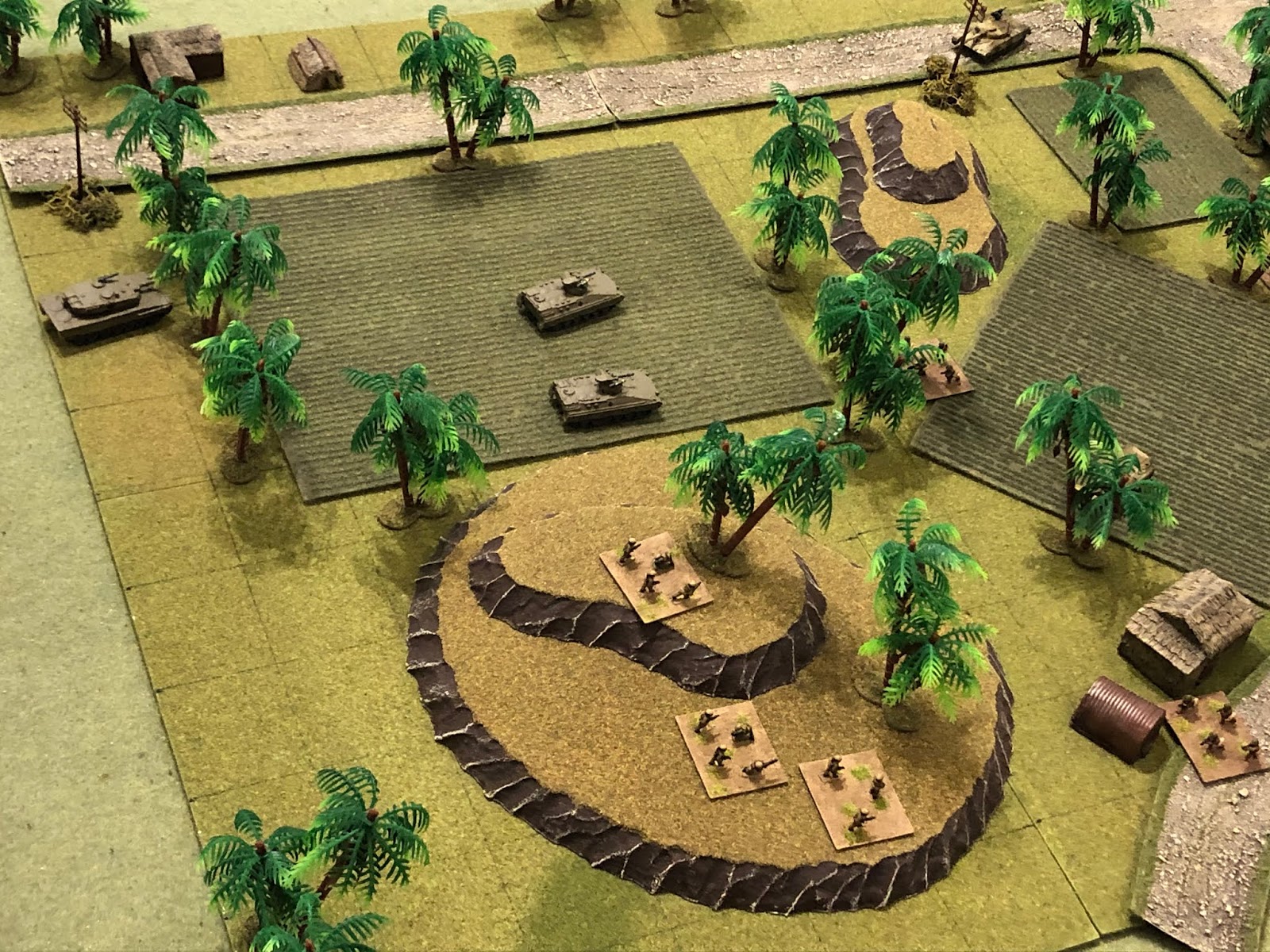 The advance gets under way.

To see how the fight turned out, please check the blog at:
https://cubalibrewargame.blogspot.com/2020/06/operation-chunky-bandit-34-ground.html

Next up we have 1st Lt Ordonez’ TF Redleg defending against a counterattack by the FSNL’s 5th Company.