1st Lt Ordonez is leading his TF Redleg west, attempting to breakthrough the Communist lines in order for TF Redleg and TF Razor to reunite with their Cuban comrades advancing from that direction.  This morning they assaulted the rear of the FSNL’s 5th Company’s positions, tossing them a beatdown and forcing them to fall back to re-group, but the Cubans weren’t able to capitalize, having to move cautiously in the densely jungled hilly terrain, which allowed FSNL5 time to regroup.  Not only did the Communists regroup, they have actually staged a counterattack, so Lt Ordonez quickly shakes his men out into a hasty defense (ambush mentality!) in order to throw back their assailants.  This is a simple attack/defend scenario; the Cuban goal is to repel the enemy attack, the Communist goal is to destroy the Cuban force.

Lt Ordonez has the assistance of his Task Group Commander, Major Fulgencio, who has attached himself to the Task Force.  Major Fulgencio is leaving Lt Ordonez in overall command of his Task Force but will assist as necessary, essentially performing as a second command stand in the game.  This proved a winning combination as Major Fulgencio was key in breaking the enemy’s defense in the last fight, leading several close assaults that saw him awarded the Bronze Star w/V. 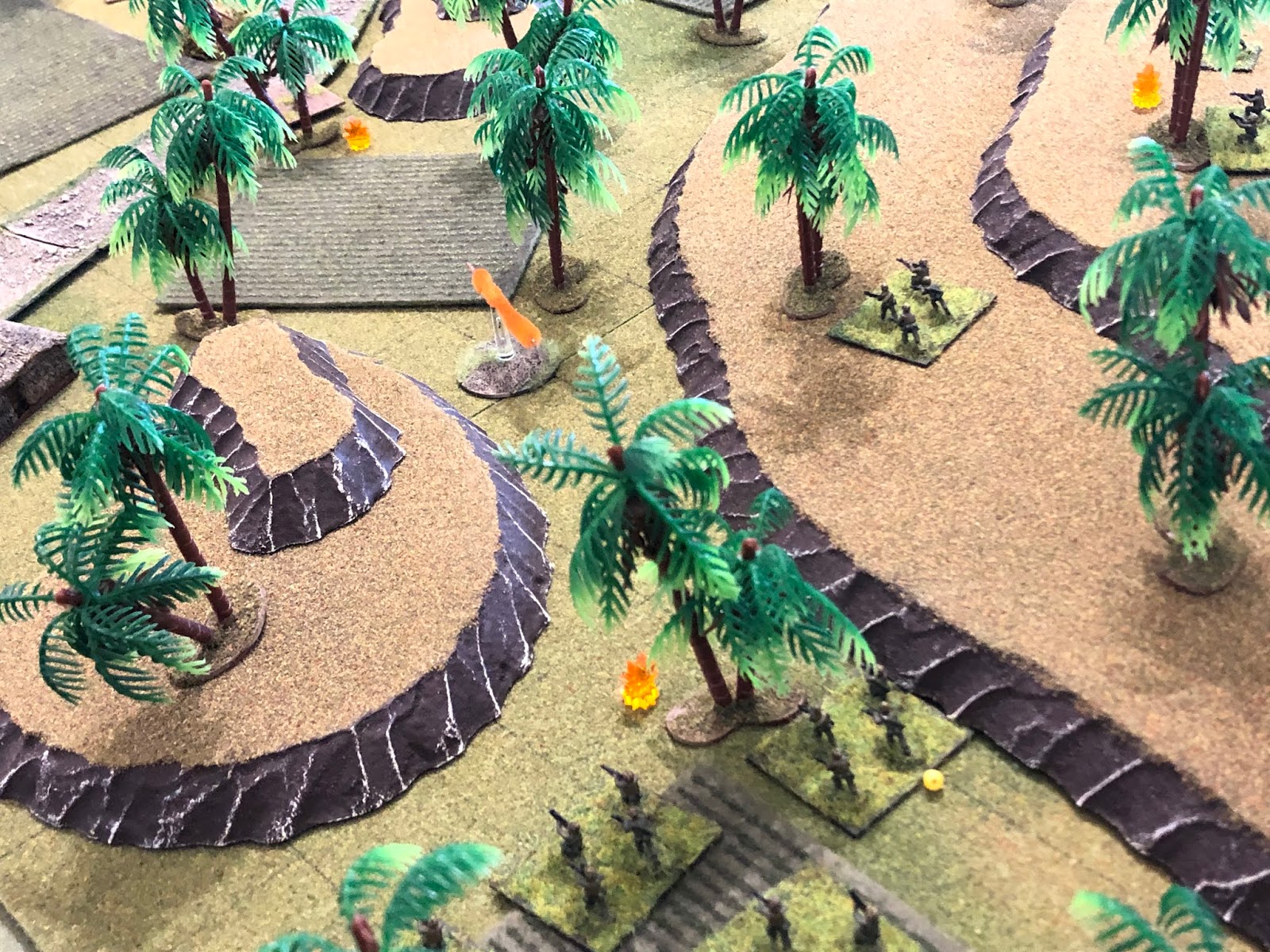 Cuban Marines push forward (right side of the photo) in the center, engaging an enemy outpost (top left). 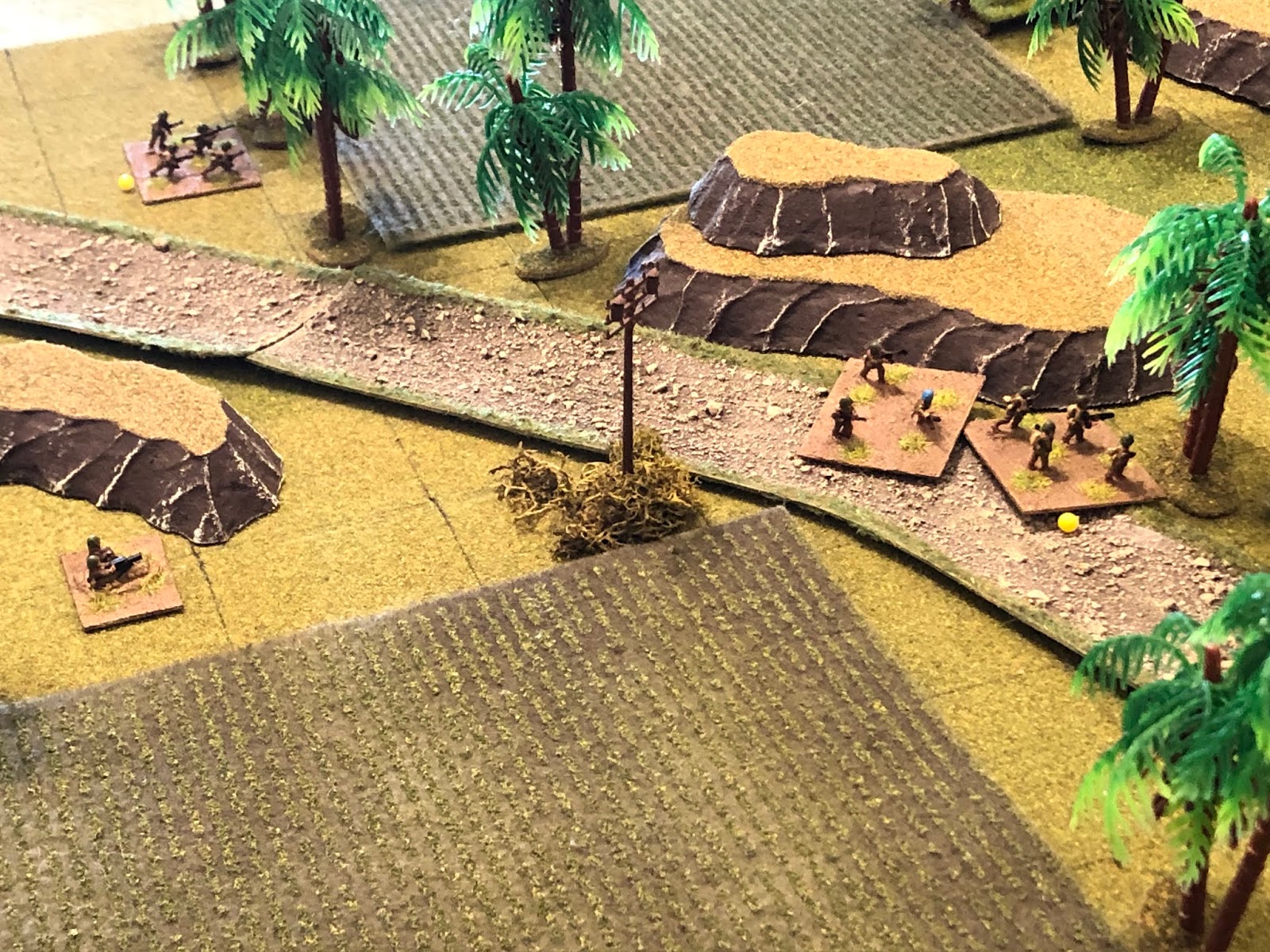 The outpost is pinned (far right), but the enemy CO moves up and rallies them, bringing reinforcements. 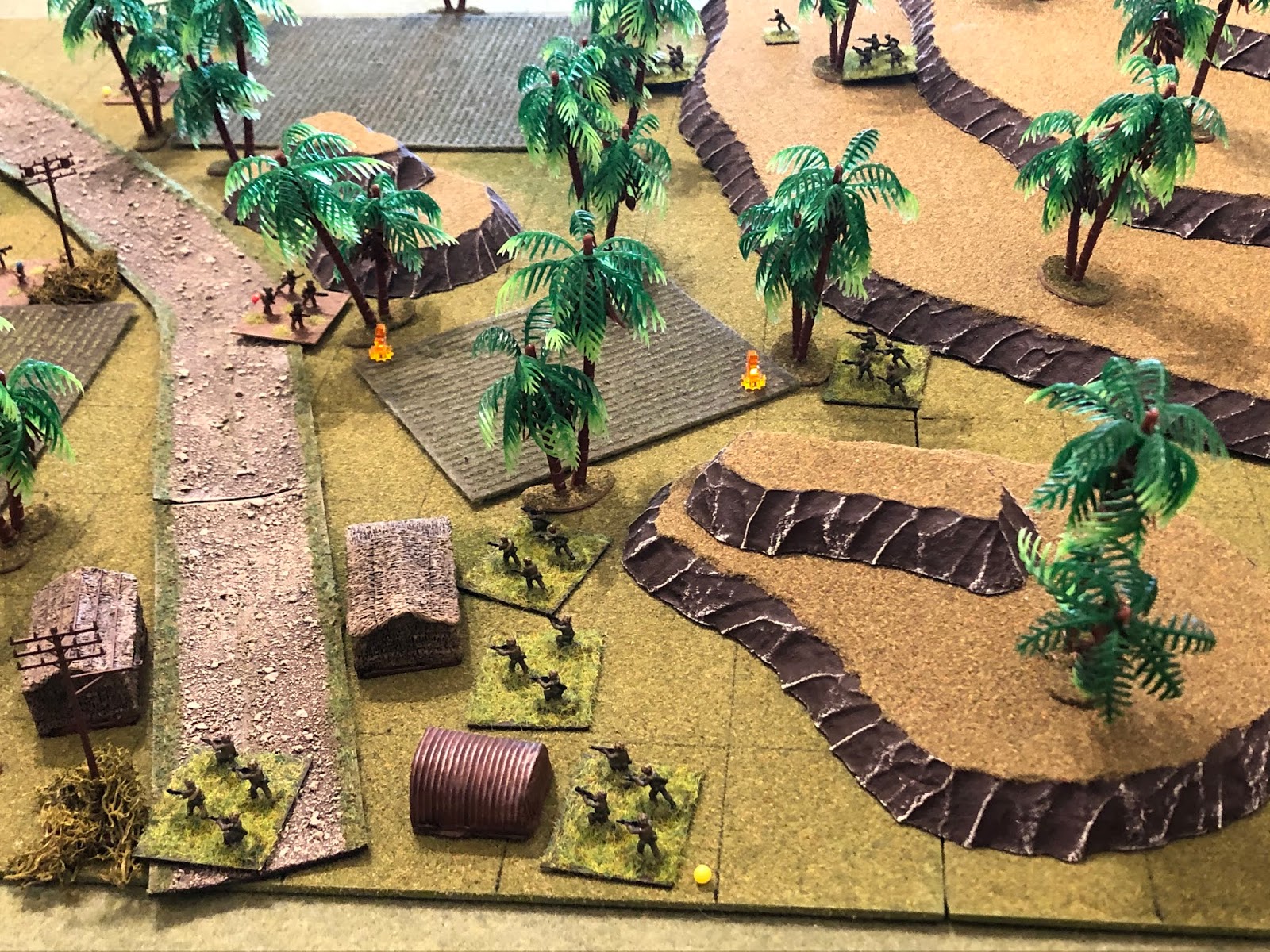 So the Cubans move around the left flank (bottom center). 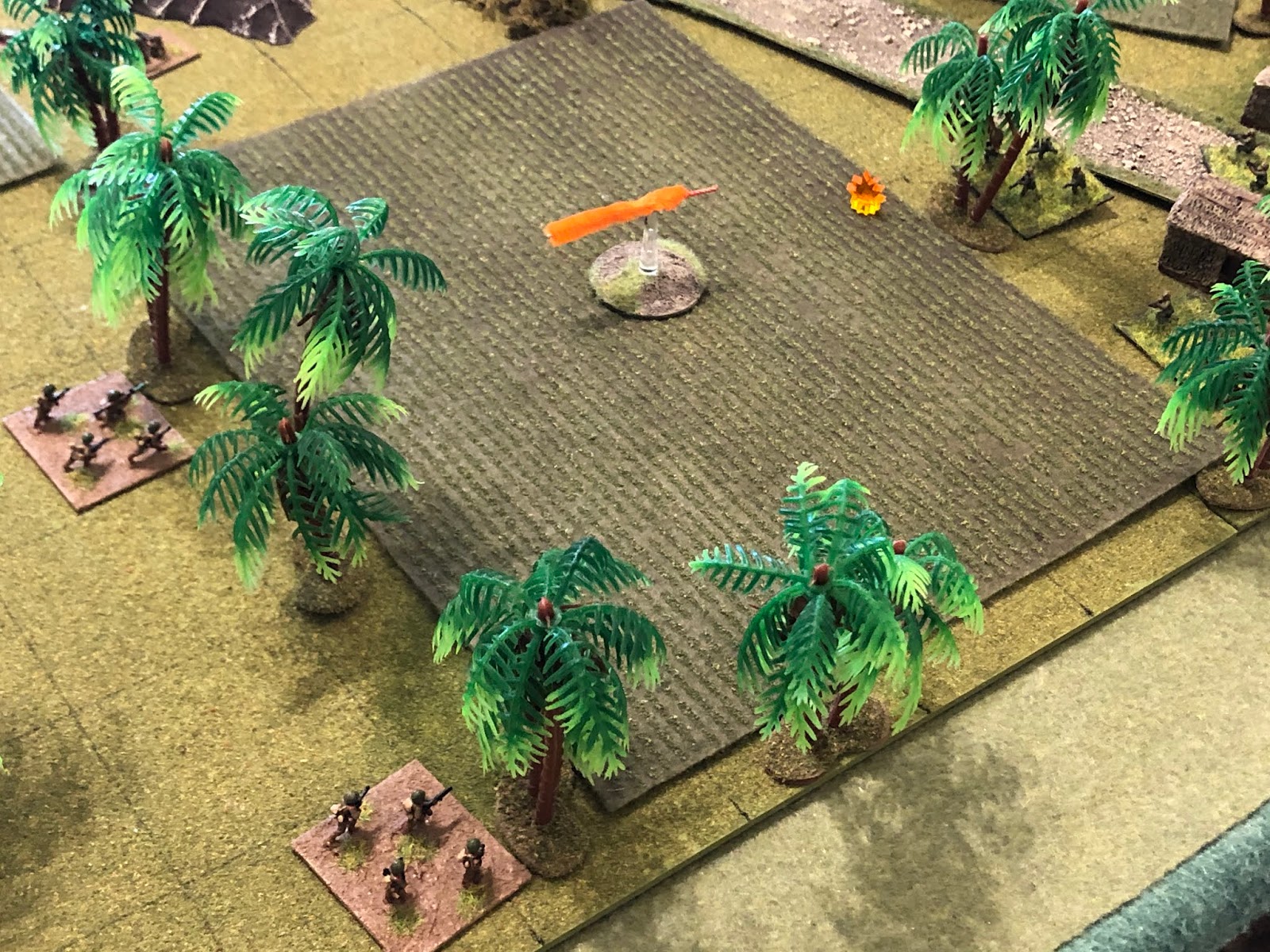 But they (top right) run into the enemy’s main line of resistance (left/bottom left). 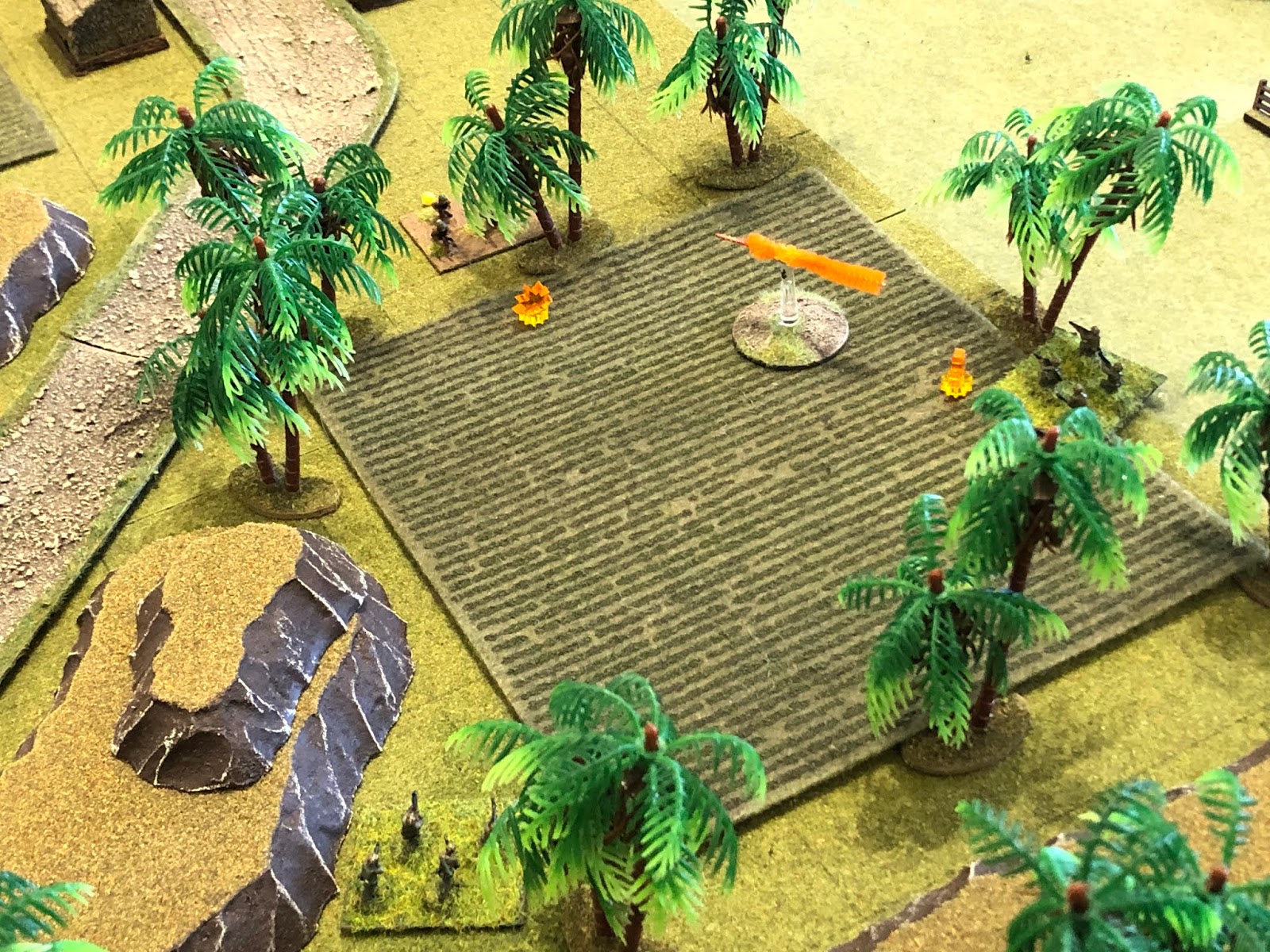 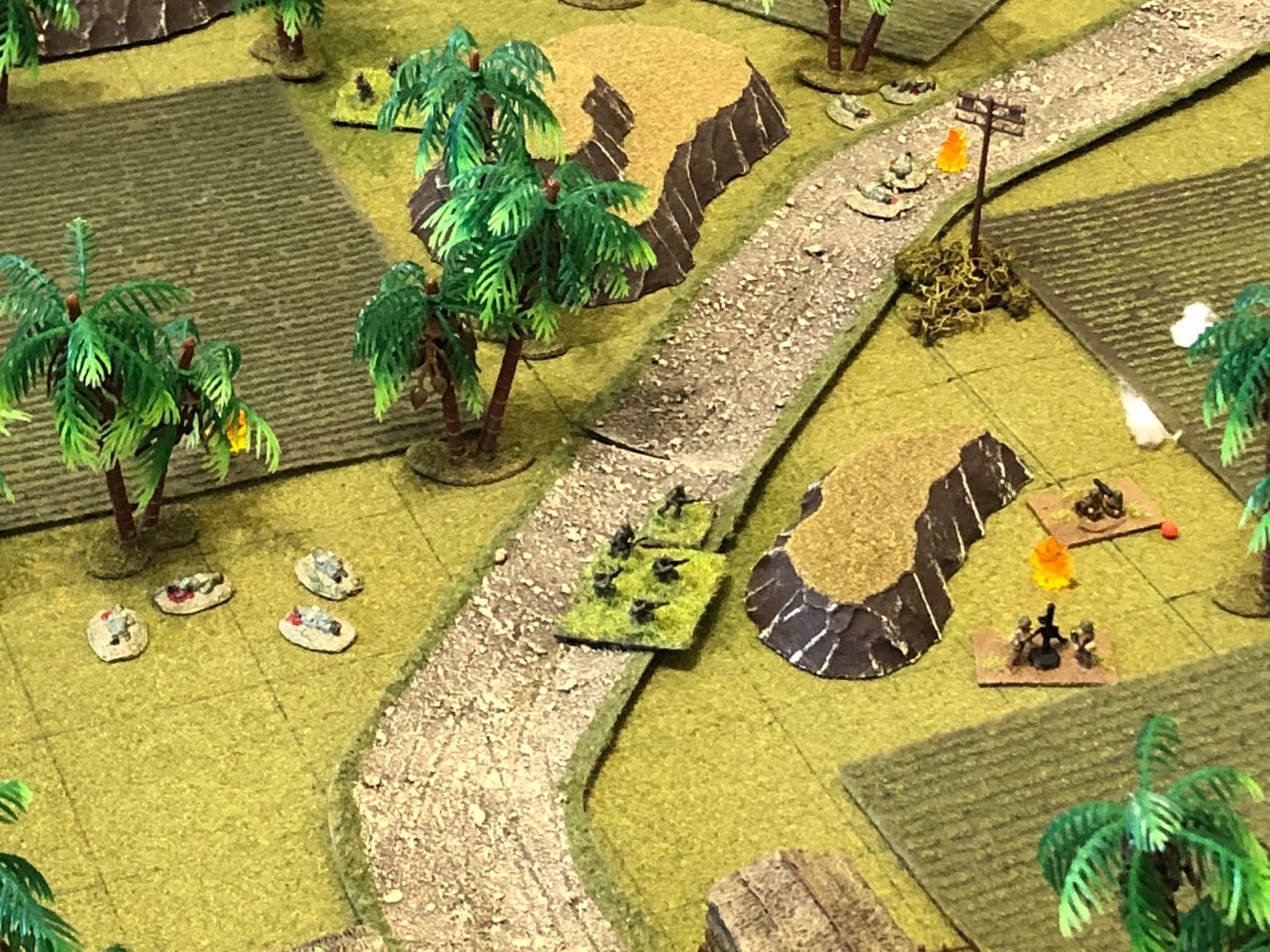 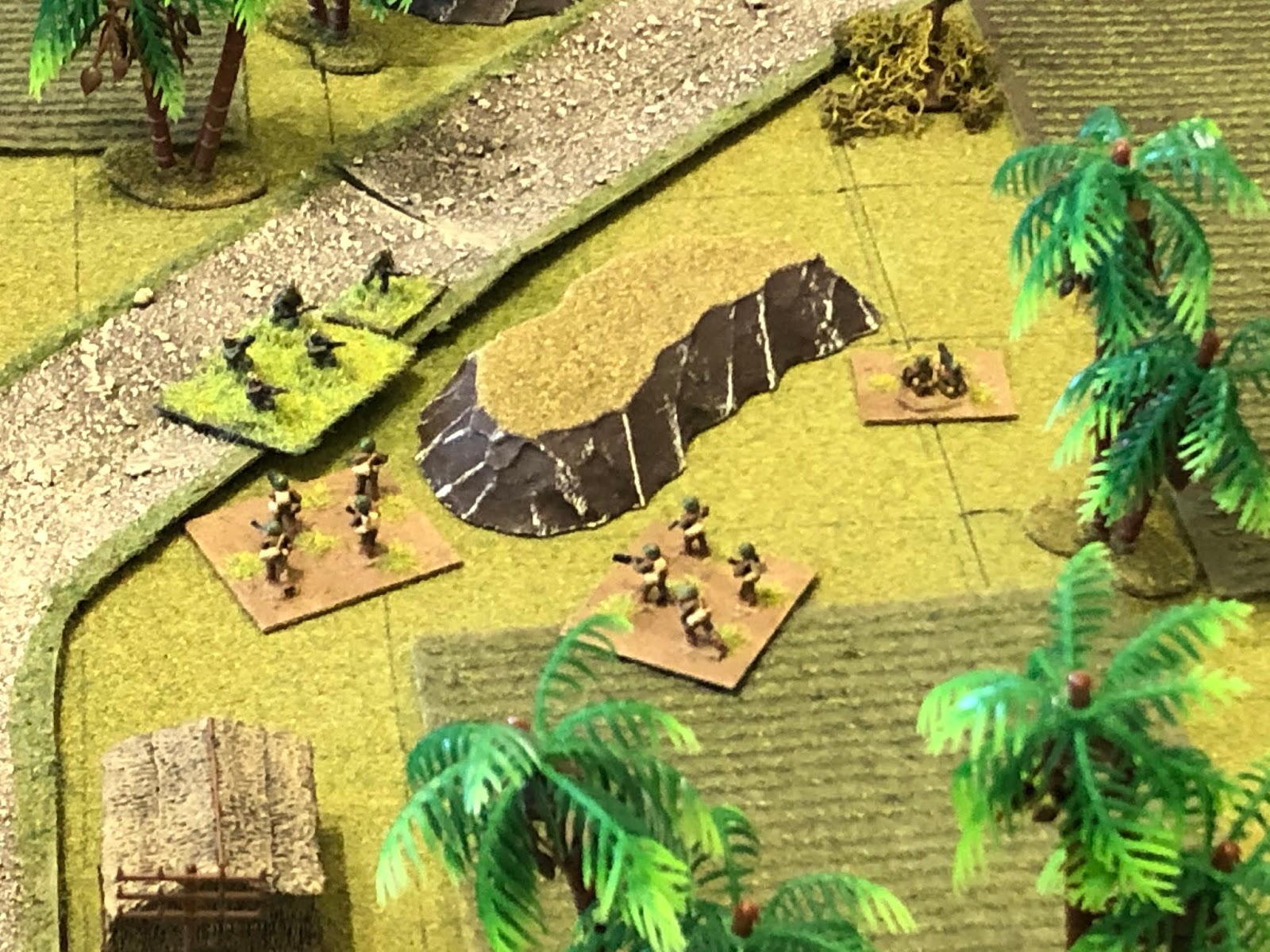 But the Communists launch a ferocious counterattack to shore up their line!

To see how the fight turned out, please check the blog at:
https://cubalibrewargame.blogspot.com/2020/06/operation-chunky-bandit-35-ground.html

Next up we have Captain Soares’ Task Force Razor fighting a rear-guard action against the Free Leon Army’s 3rd Company.  TF Razor is the other part of Task Group Fulgencio, which was cut off from friendly forces and is now fighting to break out and return to friendly lines.  Unfortunately the withdrawal was halted when FSNL5 decided to counterattack TF Redleg on Hill 261, which allowed the pursuing FLA3 to catch them.