Now we have Captain Soares’ Task Force Razor fighting a rear-guard action against the Free Leon Army’s 3rd Company.  TF Razor is the other part of Task Group Fulgencio, which was cut off from friendly forces and is now fighting west to break out and return to friendly lines.  Unfortunately the withdrawal was halted when FSNL5 decided to counterattack TF Redleg on Hill 261, which allowed the pursuing FLA3 to catch them.

This fight is occurring west to east (right to left), with the pursuing enemy insurgents chasing the Cubans, and the Cubans starting spread across the right half of the board and having to withdraw their forces off the left table edge. 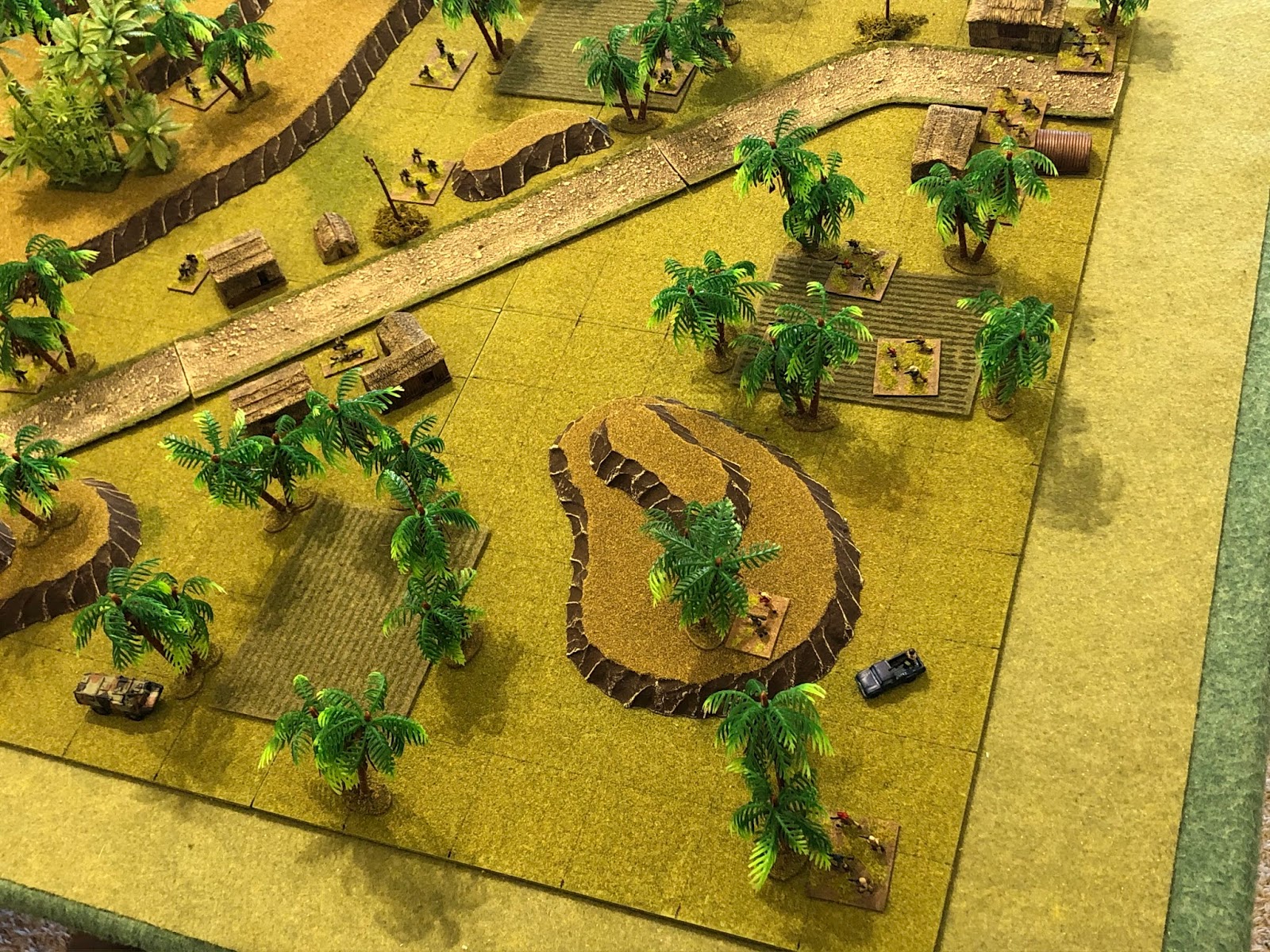 The Cuban rearguard is strung out along the left as the Communists give pursuit from the right. 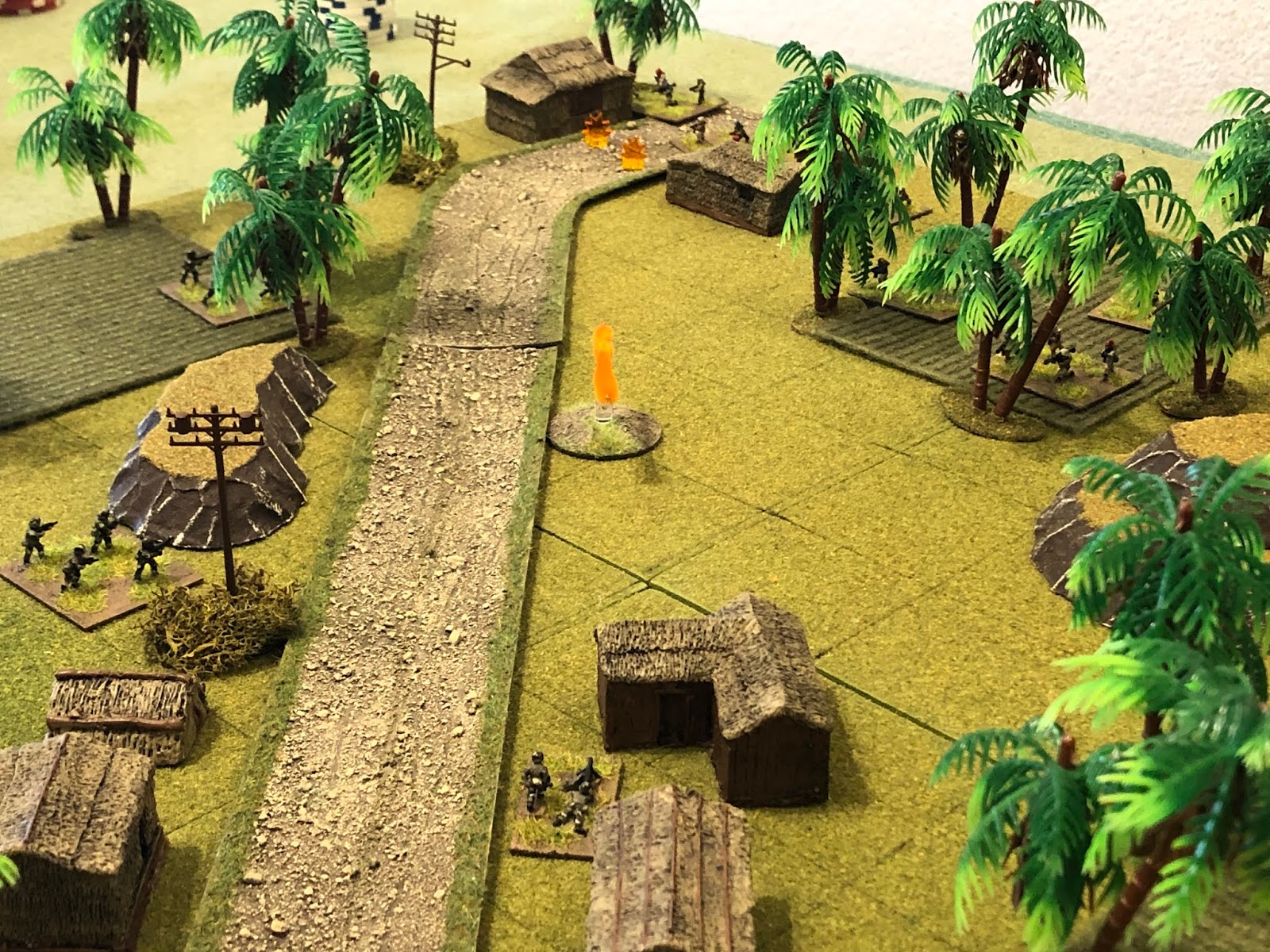 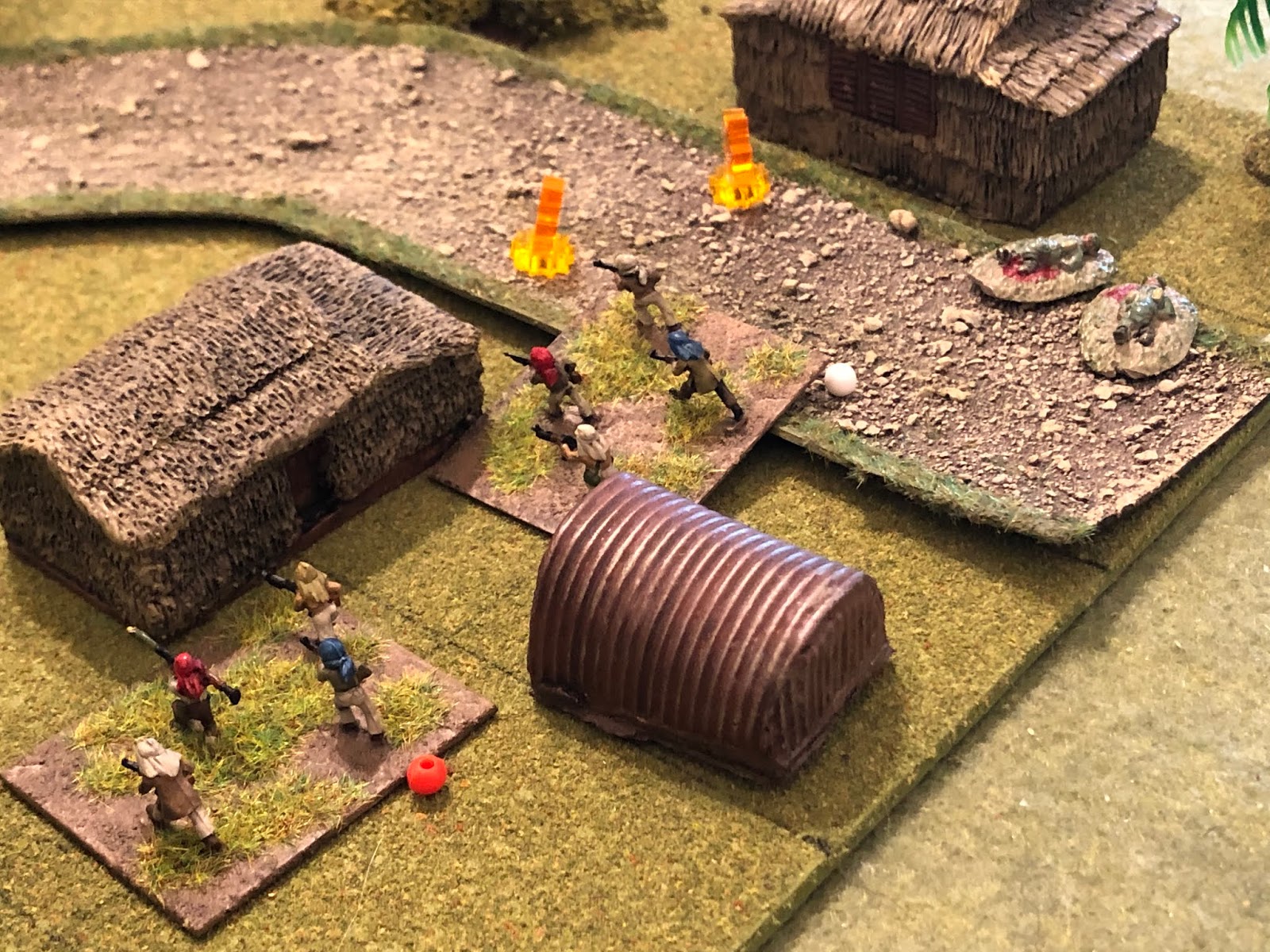 And roughs them up! 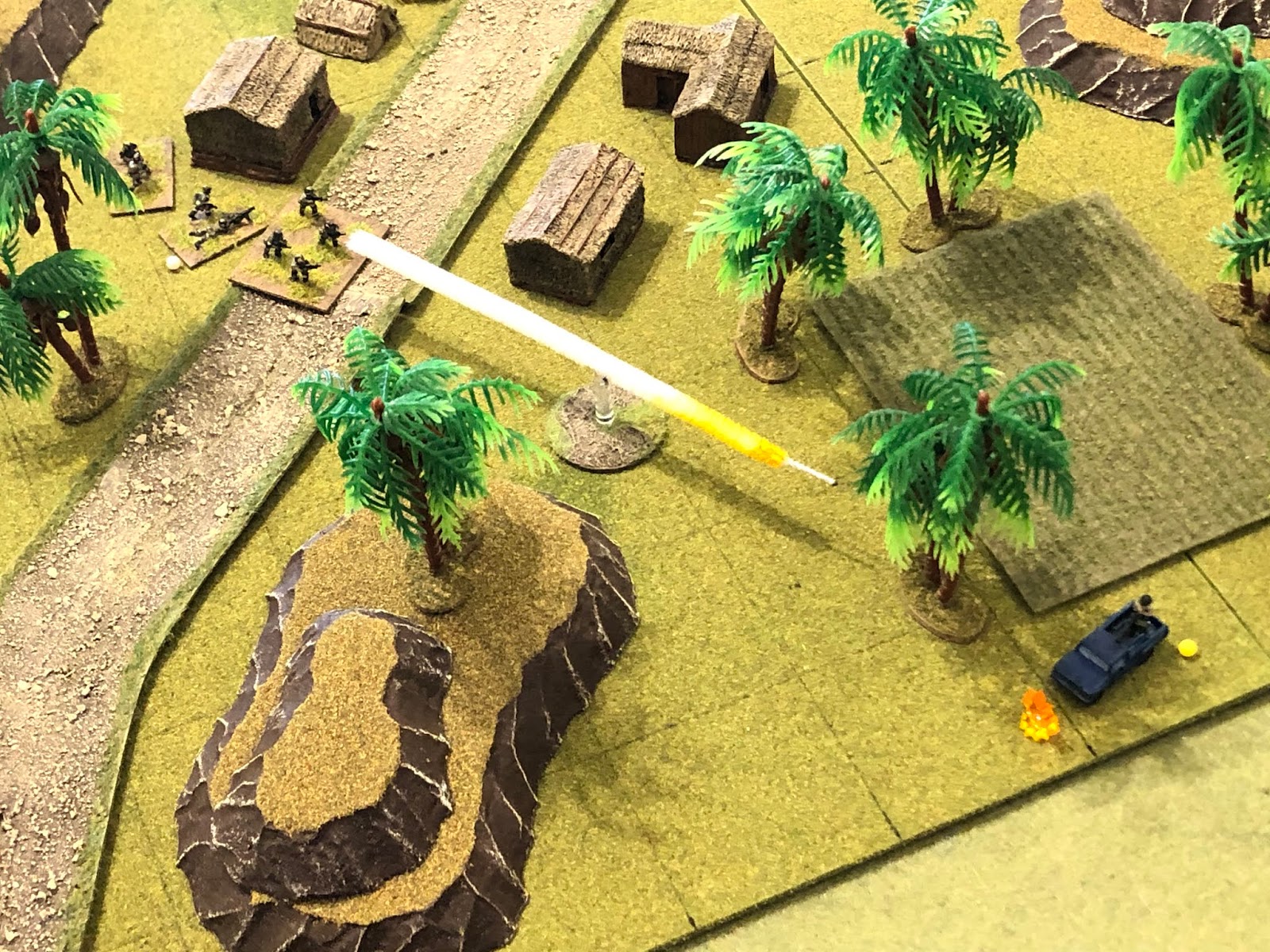 The Communists try to flank the Cubans with a Technical (bottom right), so we can have the obligatory rocket shot.

To see how the fight went, please check the blog at:
https://cubalibrewargame.blogspot.com/2020/06/operation-chunky-bandit-36-ground.html

Next up we have Lt Madre-Animral’s Task Force Bowie in a re-fight against FSNL’s 4th Company.  Earlier this morning TF Bowie defeated FSNL4 and forced them to fall back, and now they are in hot pursuit, hoping to roll them before they get a chance to recover.