1st Lt Madre-Animral leads his TF Bowie straight east, in pursuit of the FSNL’s 4th Company, whom they defeated and forced to withdraw earlier this morning.  This is a simple attack/defend scenario; the Cuban goal is to crush their enemies on the way to the capital, the Communist goal is to hold the ground. 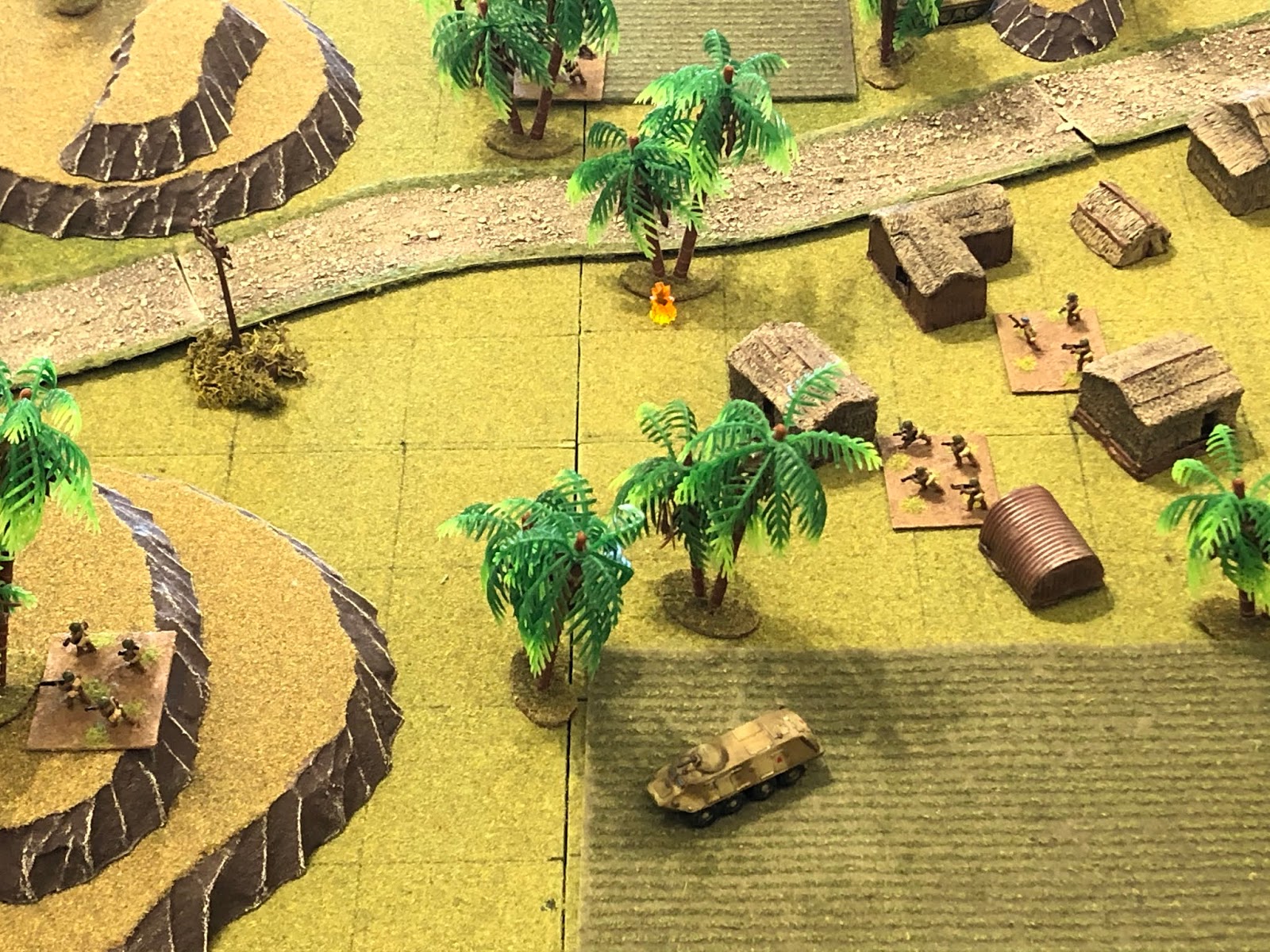 The Communists push very strongly in the center (right to left). 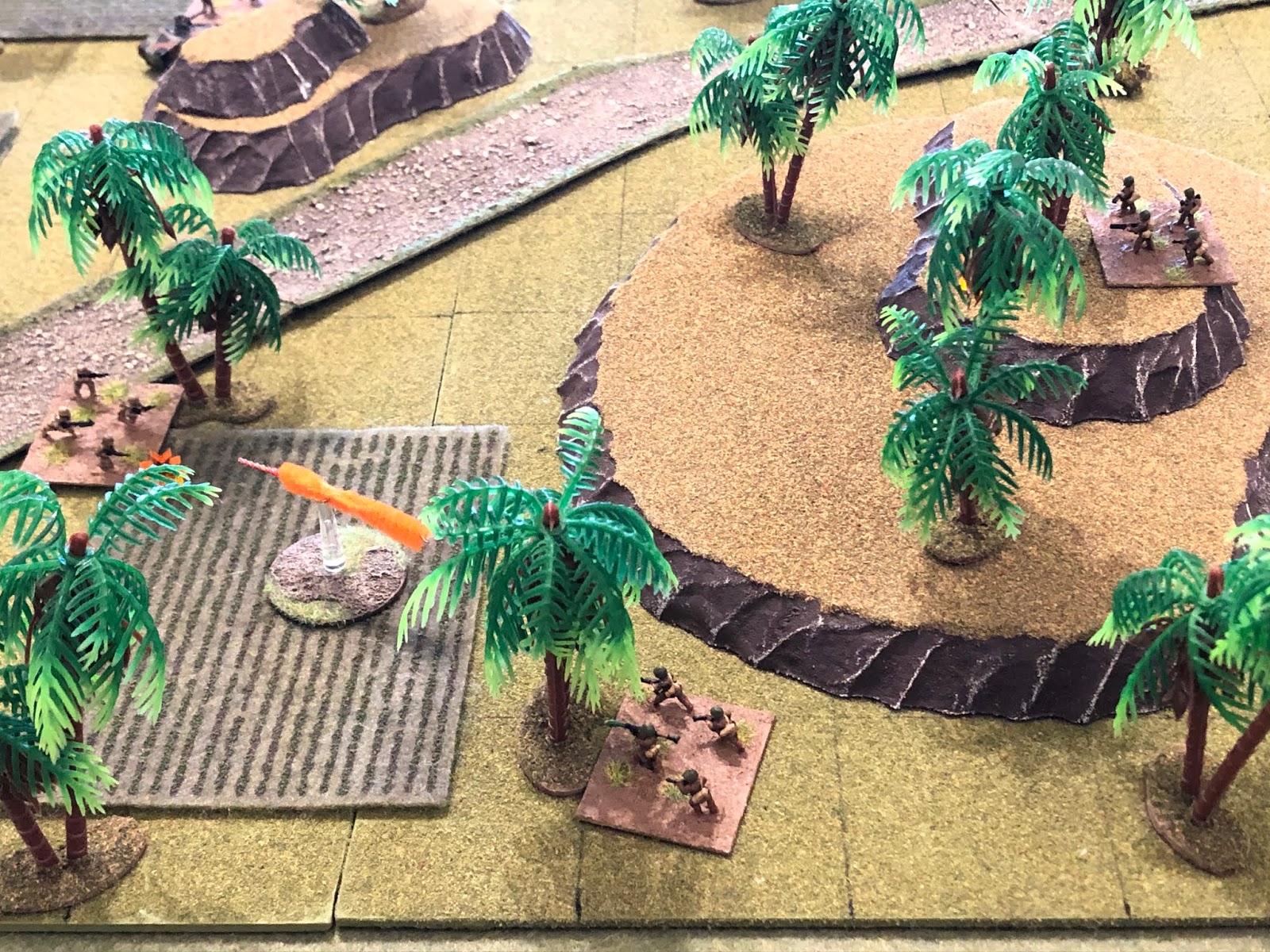 And force the Cuban right. 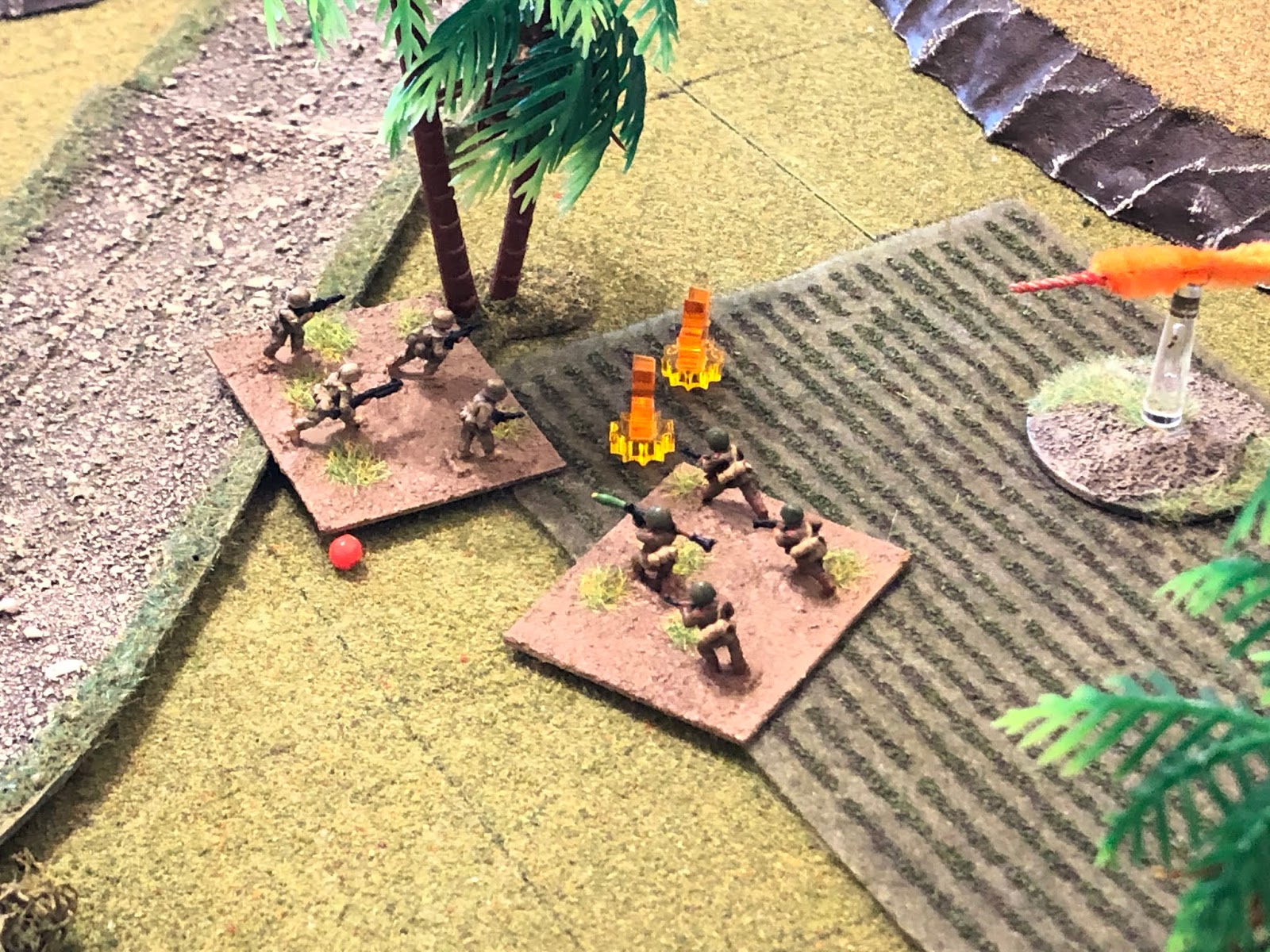 Using textbook fire and maneuver in order to push the Cubans back. 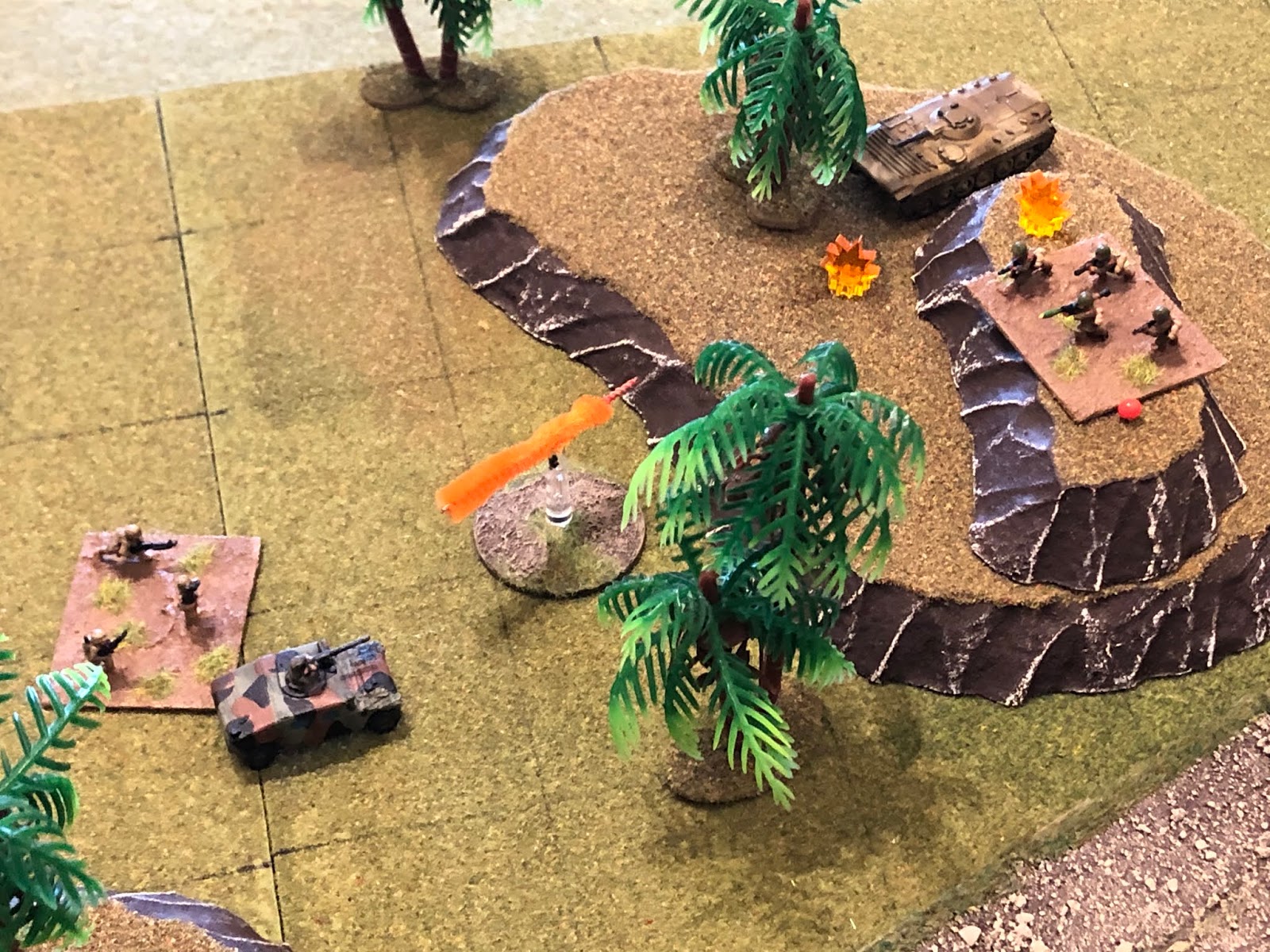 Followed by vicious, point blank fighting on the Cuban left. 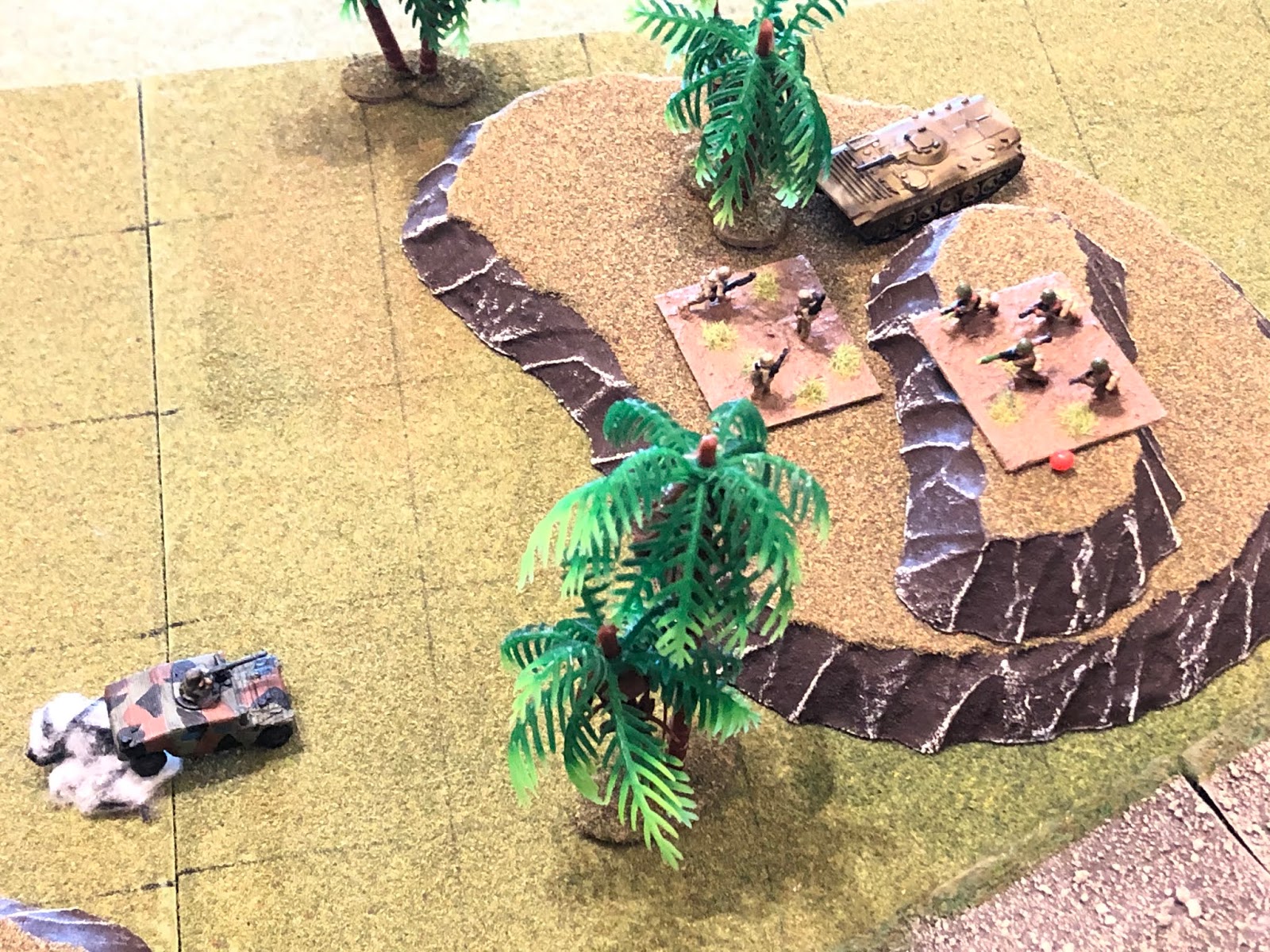 The Cuban CO launches desperate counterattacks to stabilize the line!

To see how the fight turned out, please check the blog at:
https://cubalibrewargame.blogspot.com/2020/06/operation-chunky-bandit-37-ground.html

Next up we have Captain Madre-Animral’s Task Force Bowie and the FSNL’s 4th Company having at each other again!