We’re currently in the playtesting phase of a fantasy version of Irregular Wars called Fantastic Battles which I’m looking to have ready for release later in the year.

The central tenets of Irregular Wars: Fantastic Battles are:
*Engaging rules. The rules need to keep both players engaged at all times with randomised initiative and play passing quickly between players.
*Command friction and fog of war. The rules need to limit the omnipotent control a warlord has over their army and the battlefield conditions.
*Setting agnostic. The game must be applicable to any fantasy (or even pseudo-historical) settings.
*Flexible army building. As a game of fantasy battles, why accept restrictions on your fantasy? A flexible army building system allows players to create armies to their own tastes.
*Scale agnostic using multi-based figures. All measurements are expressed in distance units (u), where 1u is the width of one company base. Any size bases are possible, as long as all companies are based in the same way.
*No individual figure removal. All units have a footprint and are represented on the table as a complete unit. When a unit loses its resolve to fight, it is removed from the table in its entirety. 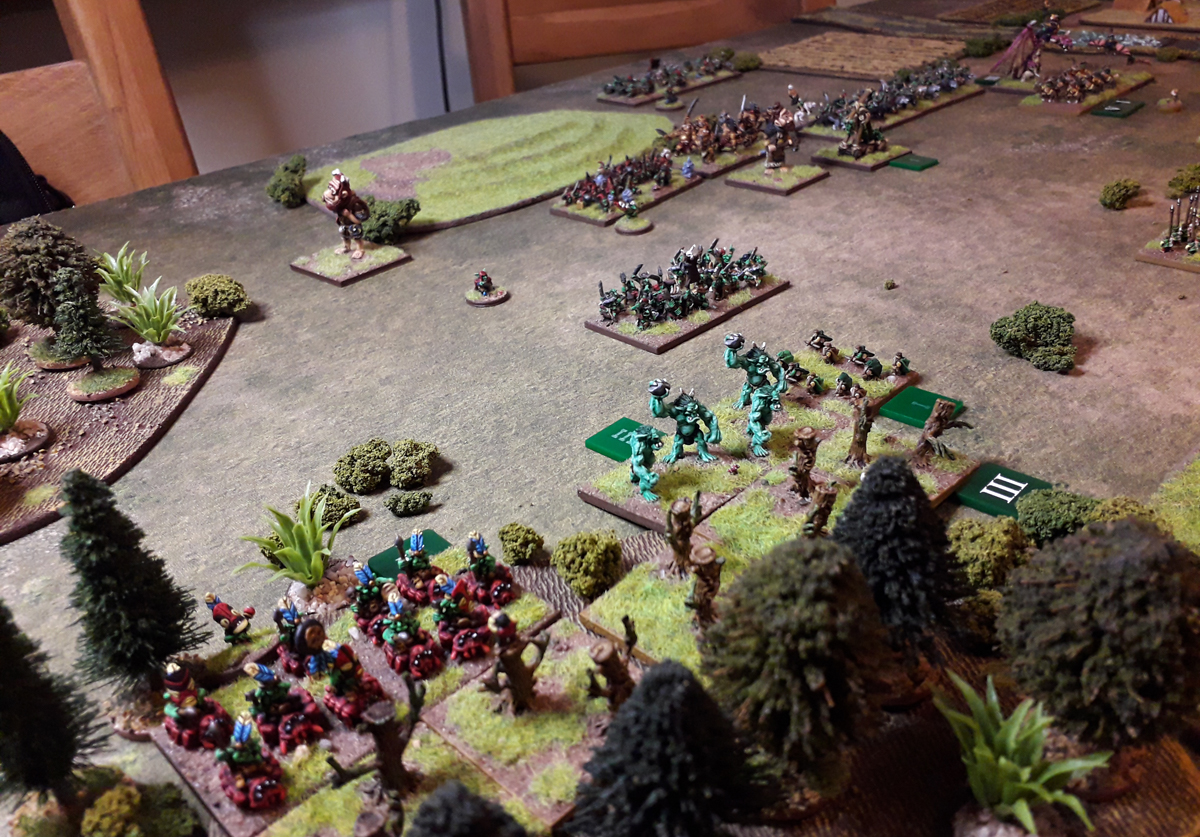 More information and photos are available HERE on the blog.