This next army represents my view of goblins as a jibbering, unruly, tribal society, brought together only by the strength and cunning of a ‘great goblin’.  They are a mixture of Polar Fox, Cibo’s Little Dudes, Warmaster, Magister Militum, Frostgrave and Blind Beggar miniatures. 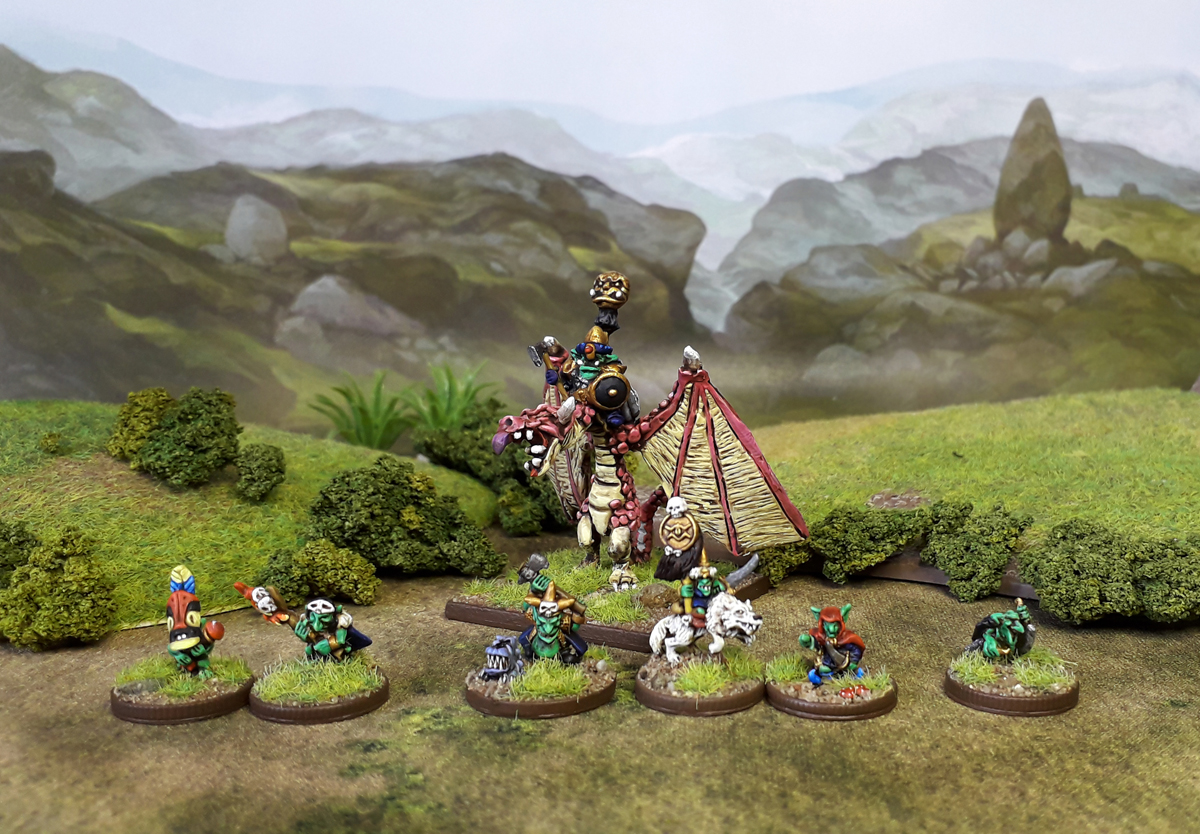 At the back is my Warlord and great goblin, King Skrotrot, riding on his wyvern (Cibo’s Little Dudes). Along the front, from left to right, are my two Magic-users Skittles (converted Cibo’s) and Slabbers (Polar Fox); three Captains, Skunkbut (Warmaster), Snatters (Warmaster) and Skunderd (converted Magister Militum dark elf); and my Rogue, Snickers (Polar Fox). 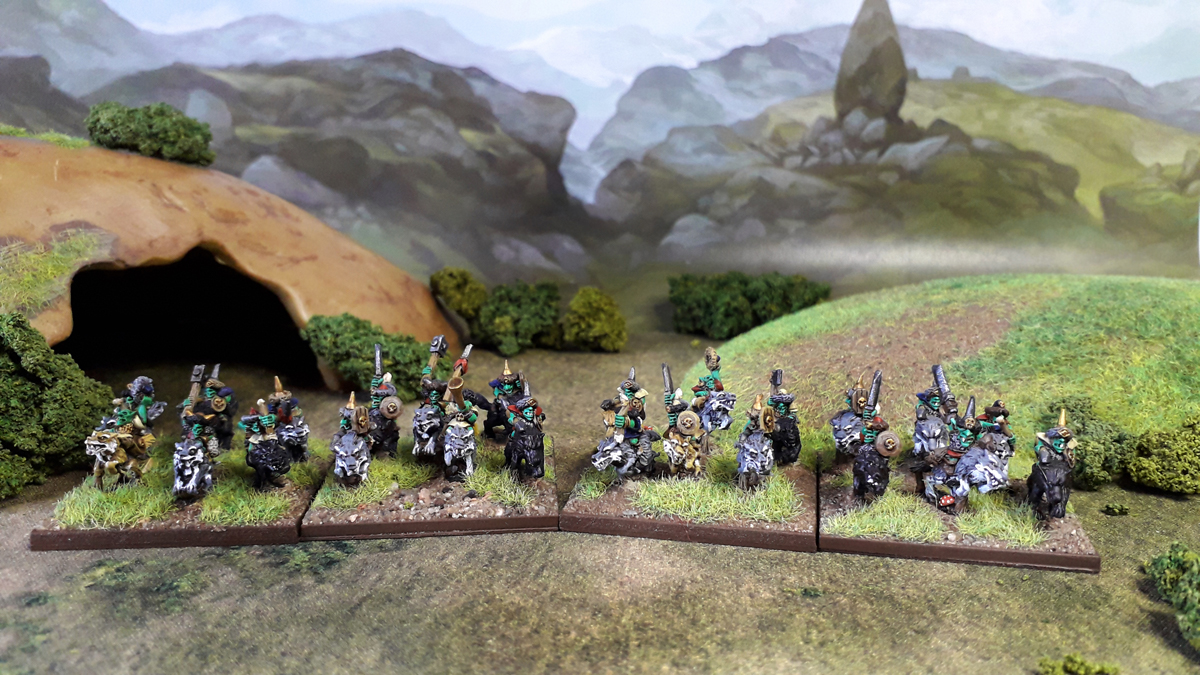 Four companies of goblin wolf-riders (Warmaster) armed with wicked shortbows and riding cranky canines. I would normally field these in two units to give maximum flexibility, but they could just as easily be run as a single four-company unit. 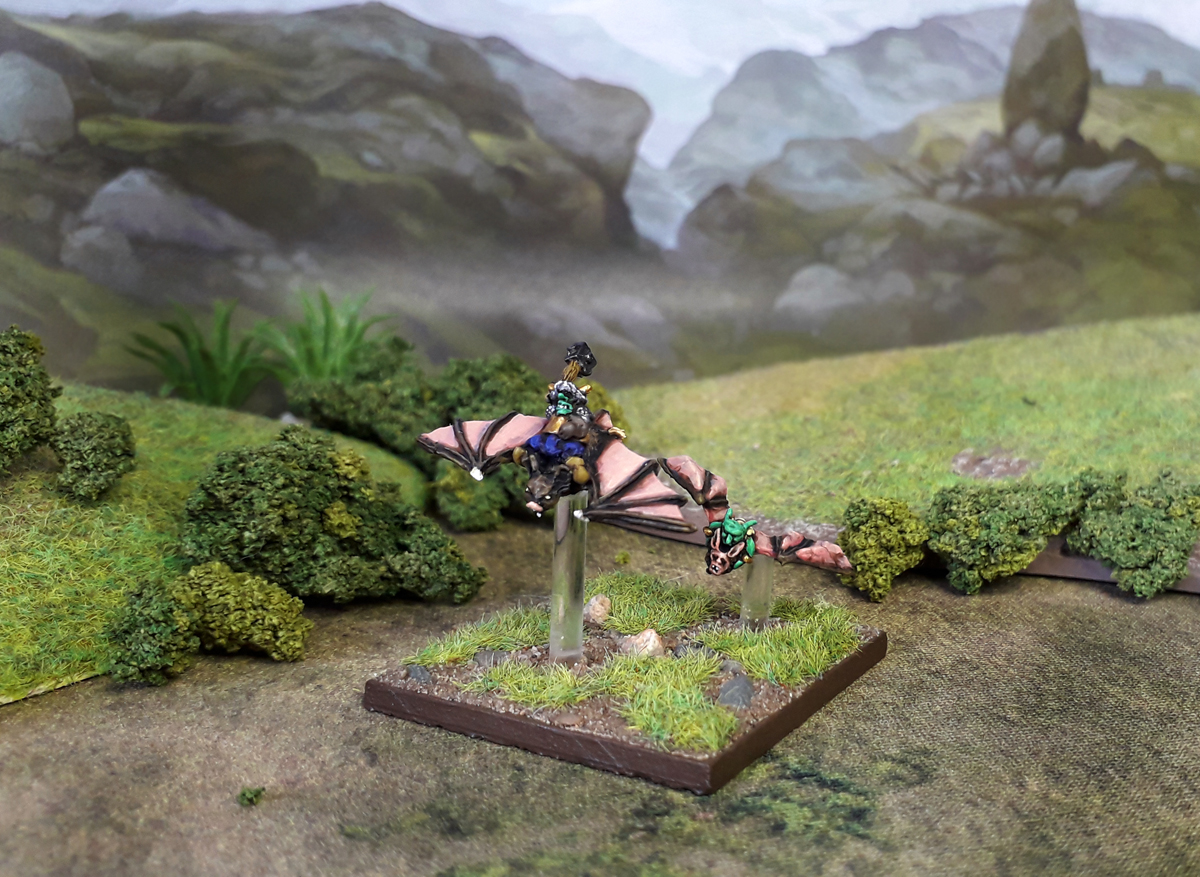 A single unit of goblin bat-riders – converted Frostgrave bats. This unit is not very tough or powerful, but it is incredibly fast. If it can hover around behind larger units and avoid destruction, it is perfect to launch attacks on enemy flanks and rears. 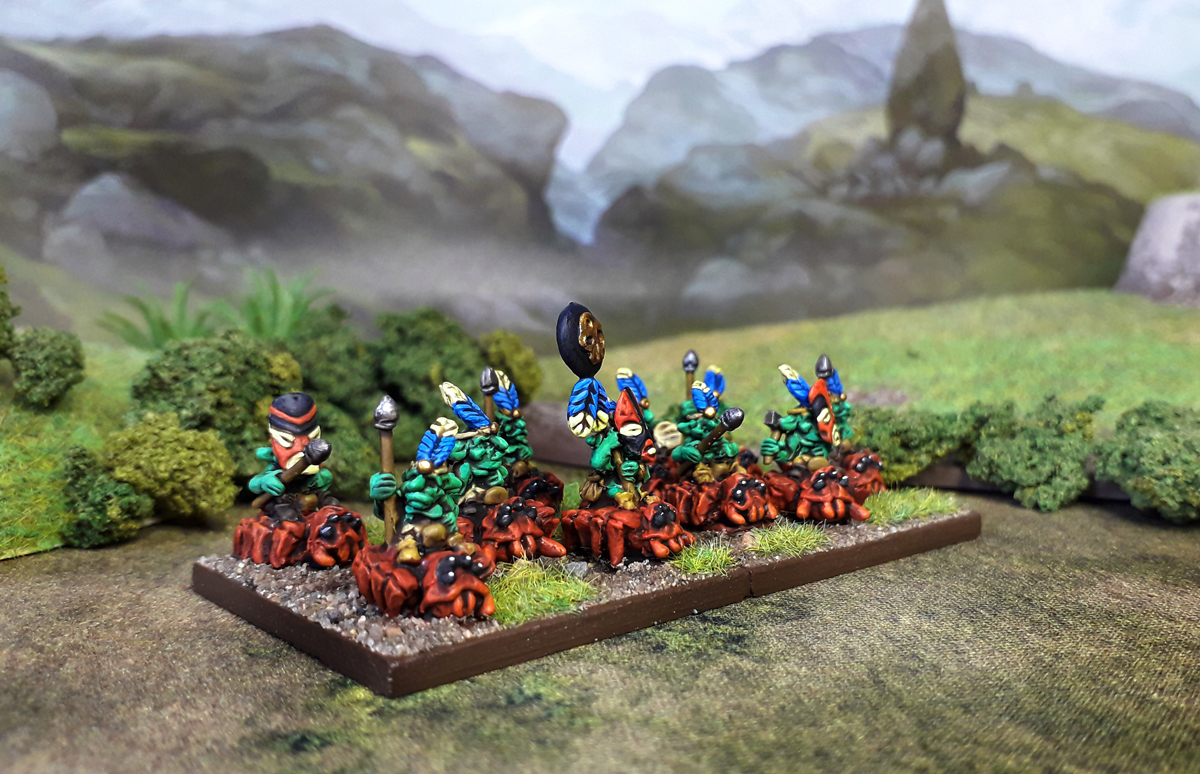 Considered backwards even by goblin standards, the two-company unit of goblin spider-riders (Cibo’s Little Dudes) are the only unit in the army capable of fighting unhindered in woods and rough terrain. 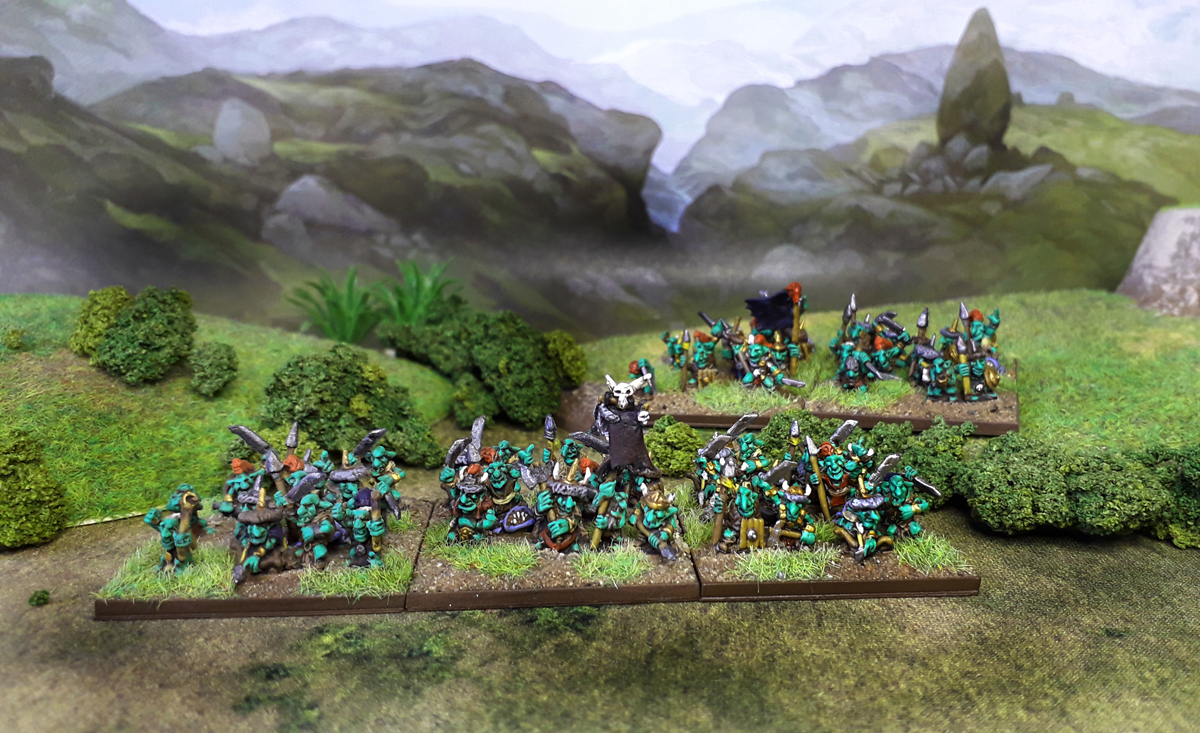 Goblin warriors at their most generic (Polar Fox Miniatures), these chaps carry wicked shortbows but are even more at home getting nice and close and giving the enemy “one up ’em”. 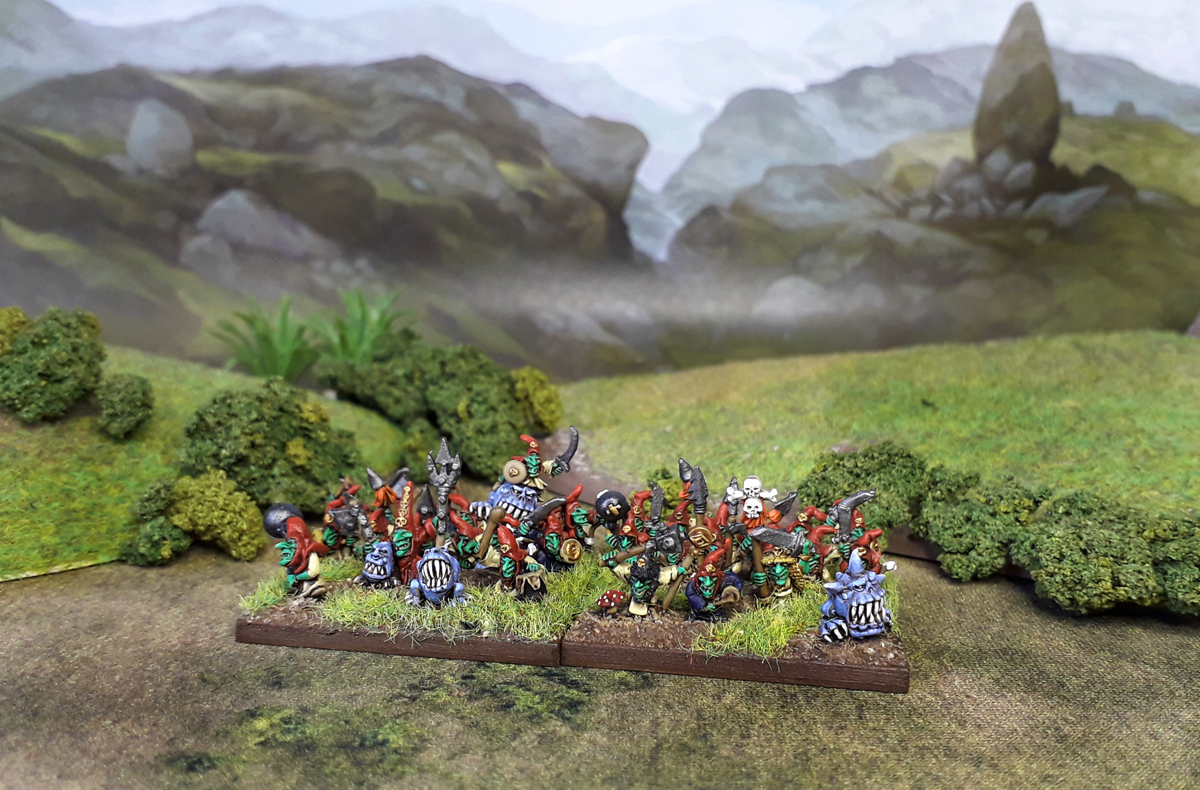 Two companies of goblin Madcaps (Warmaster), made up of fungus-addicted hooligans, even more unpredictable than others of their race. 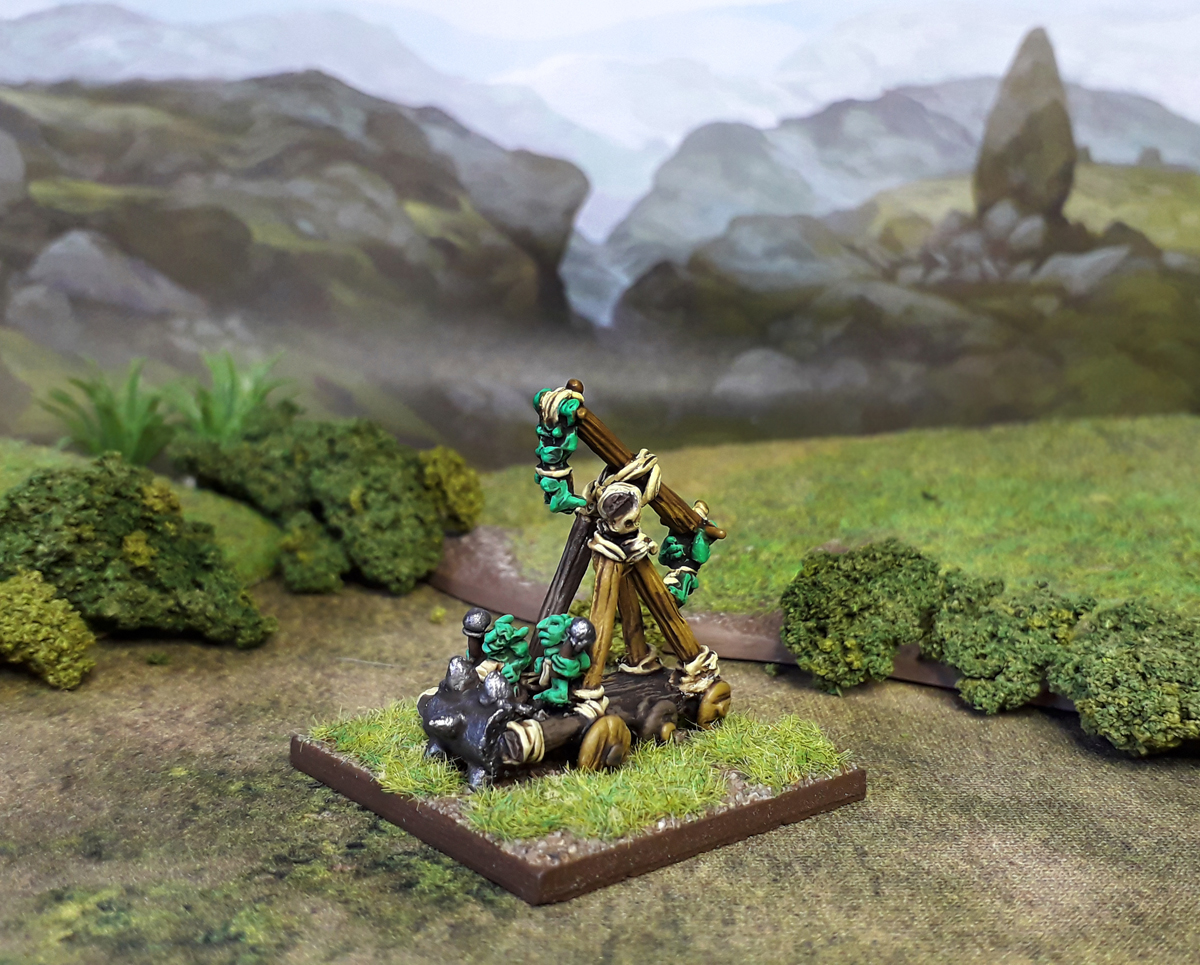 A ramshackle goblin battle-wagon (Cibo’s Little Dudes), capable of flattening enemy warriors irrespective of their armour – all despite being held together with bits of string. 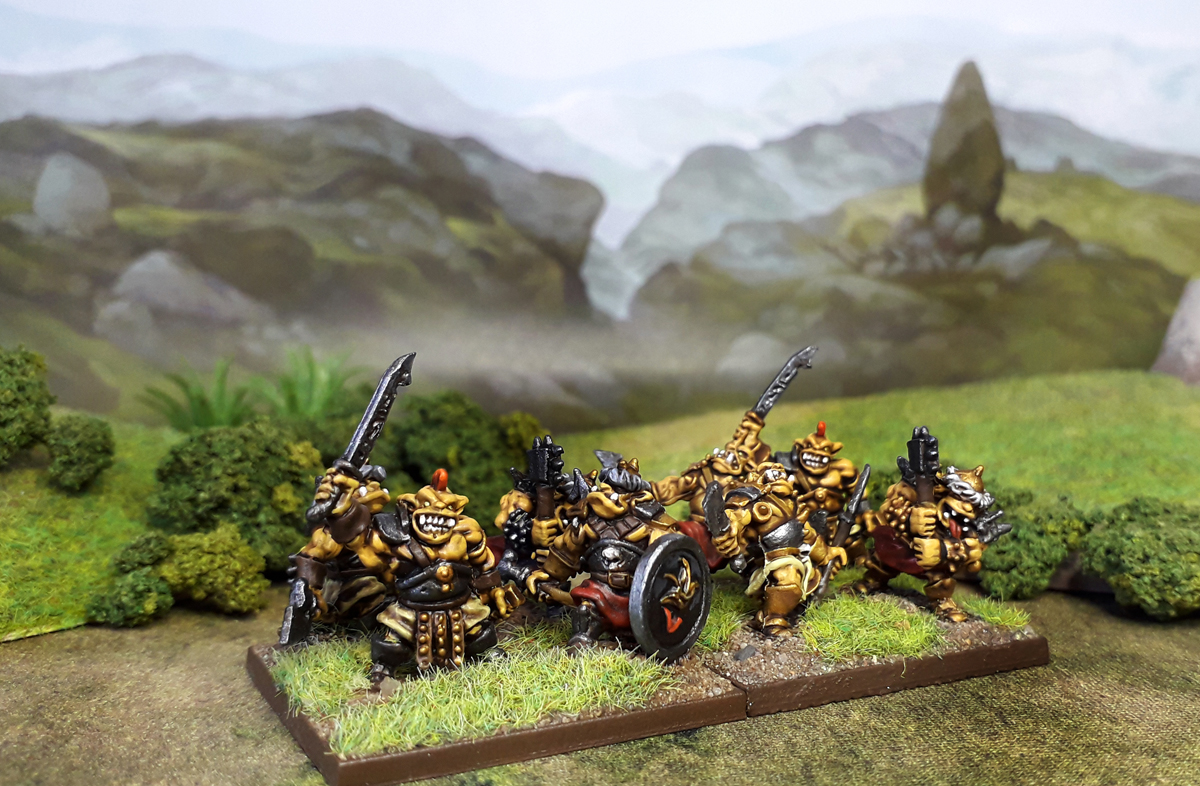 The most steadfast unit in the army consists of these two companies of ogre mercenaries – 15mm orcs fro Magister Militum – lending some much needed muscle to the goblin horde. 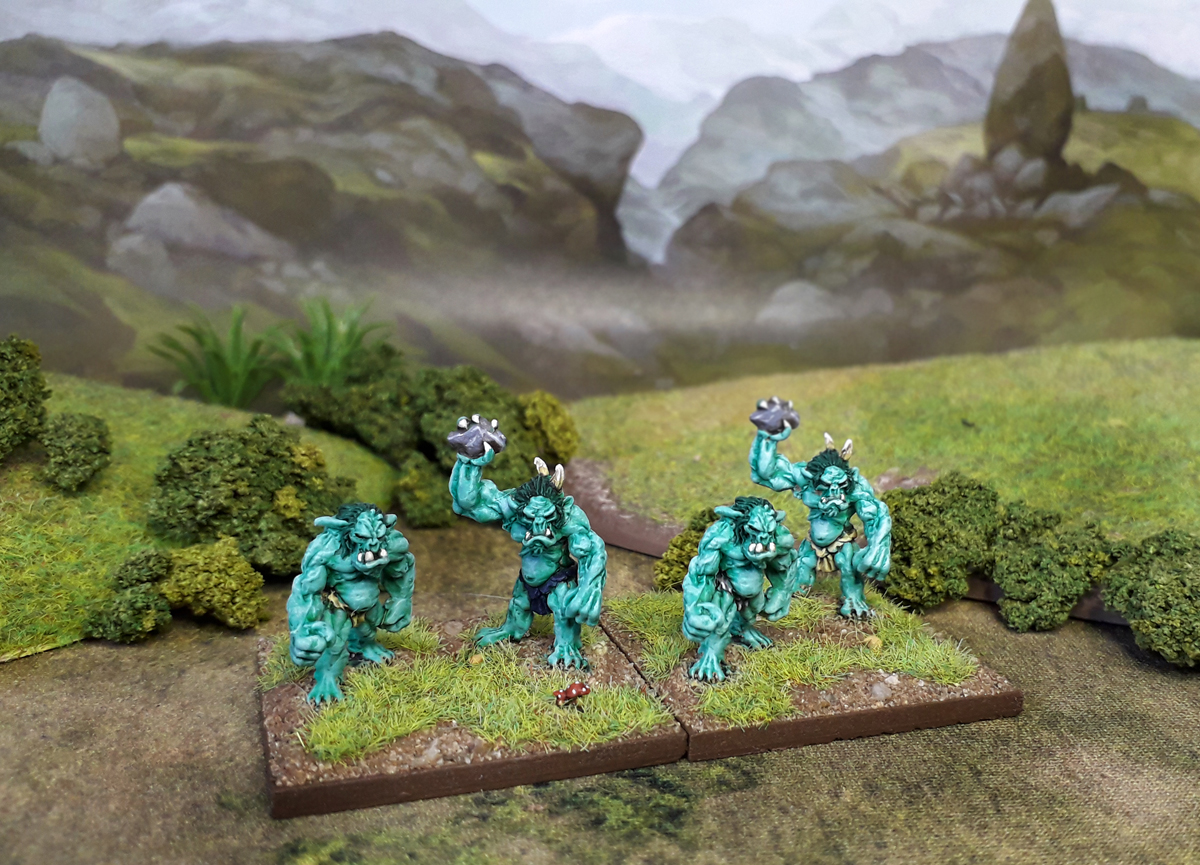 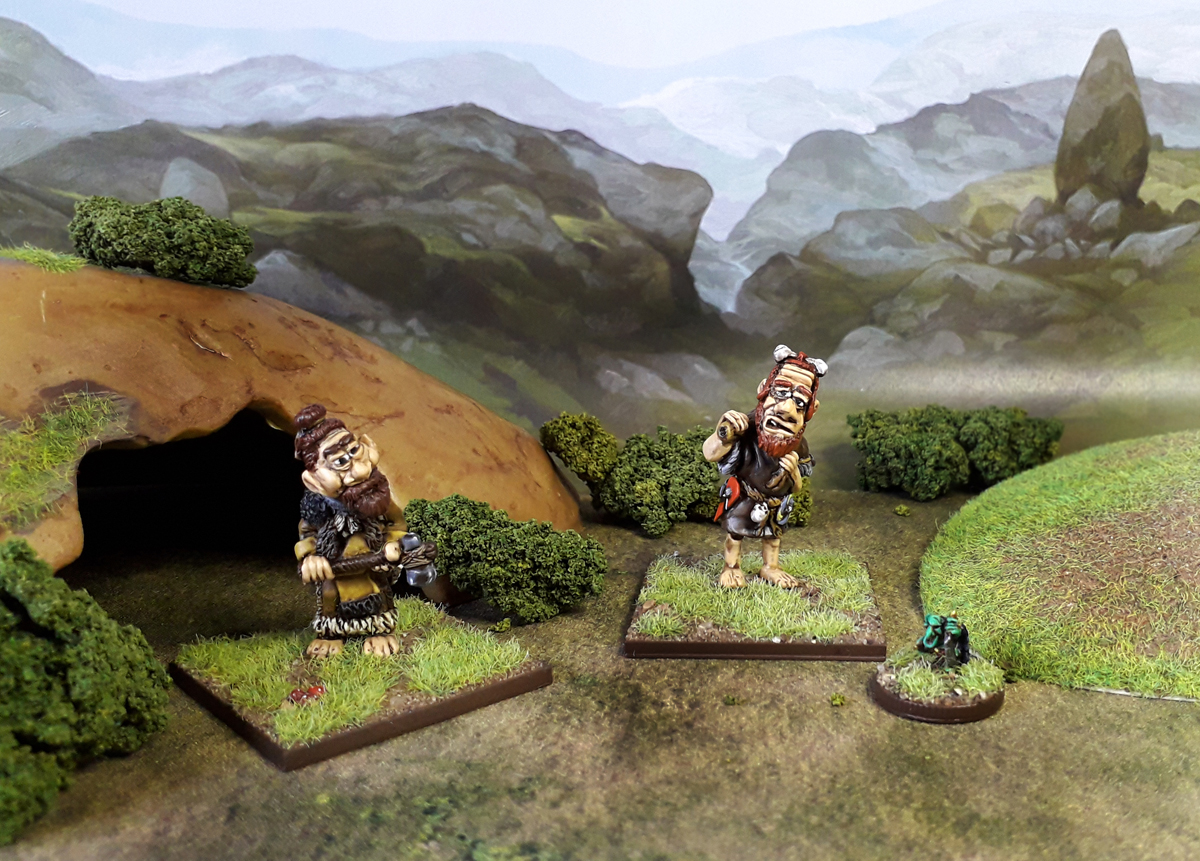 Rounding off the army are two giants – converted prehistoric hunters from Blind Beggar miniatures – (Snickers the goblin Rogue shown for scale). Giants cannot form into groups, but fight with the power of much larger units.