I have Dahlgren and Columbiad, which I’m going to use for both ACW and the 1864 Second Schleswig War, when I get round to it.

I’ve also used the furled sails on some of my ships but had already glued on the sails on most of my models when I started my ironclad project years ago, so continued with them for most of my later ships.

I have used cut down staples for the yards on my 1864 Danish ships, which I think look more like the real thing, even though the models themselves are proxy versions of the actual ships ( I still need to do the black gun ports…when I can summon up the courage!) 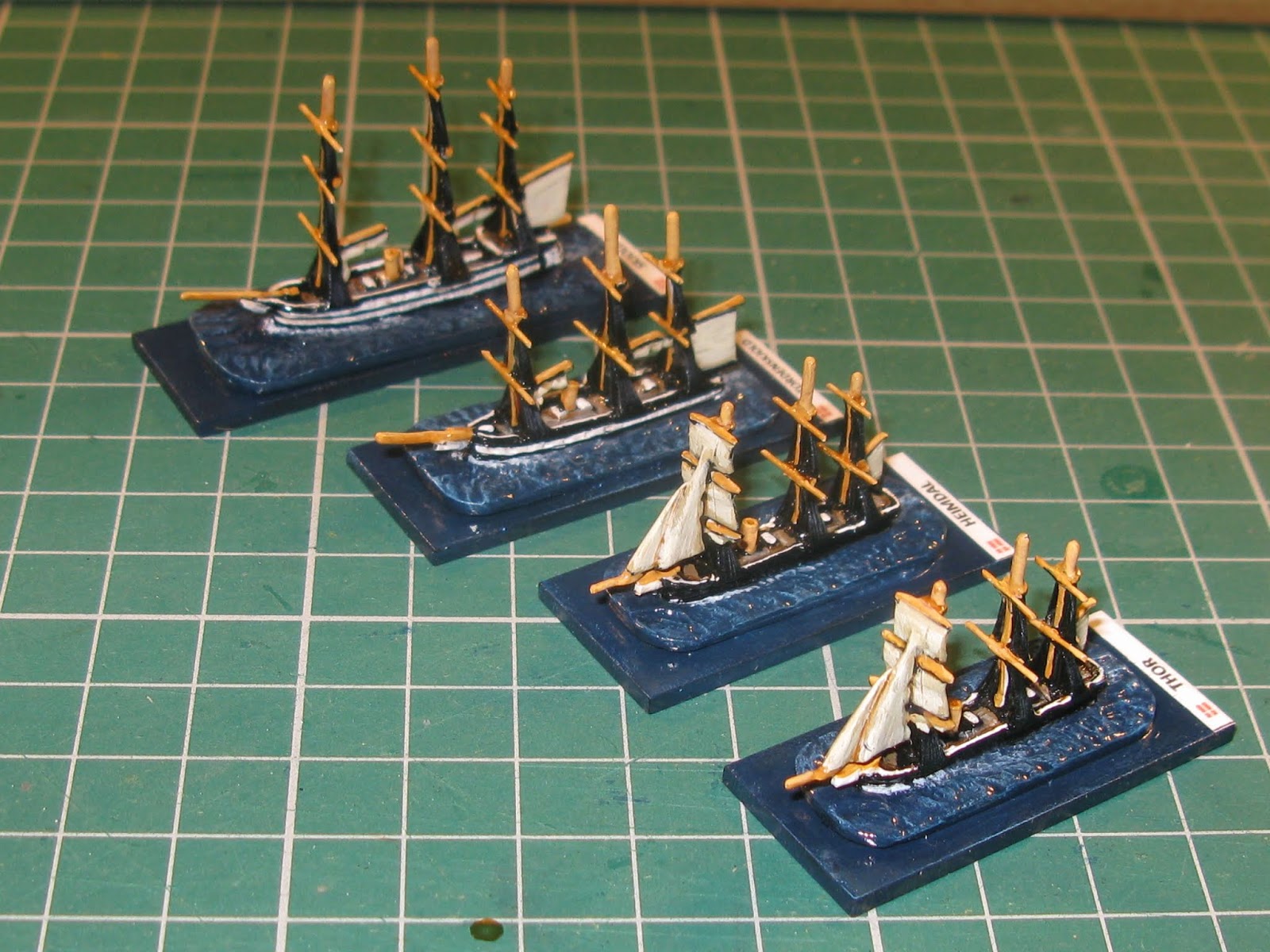