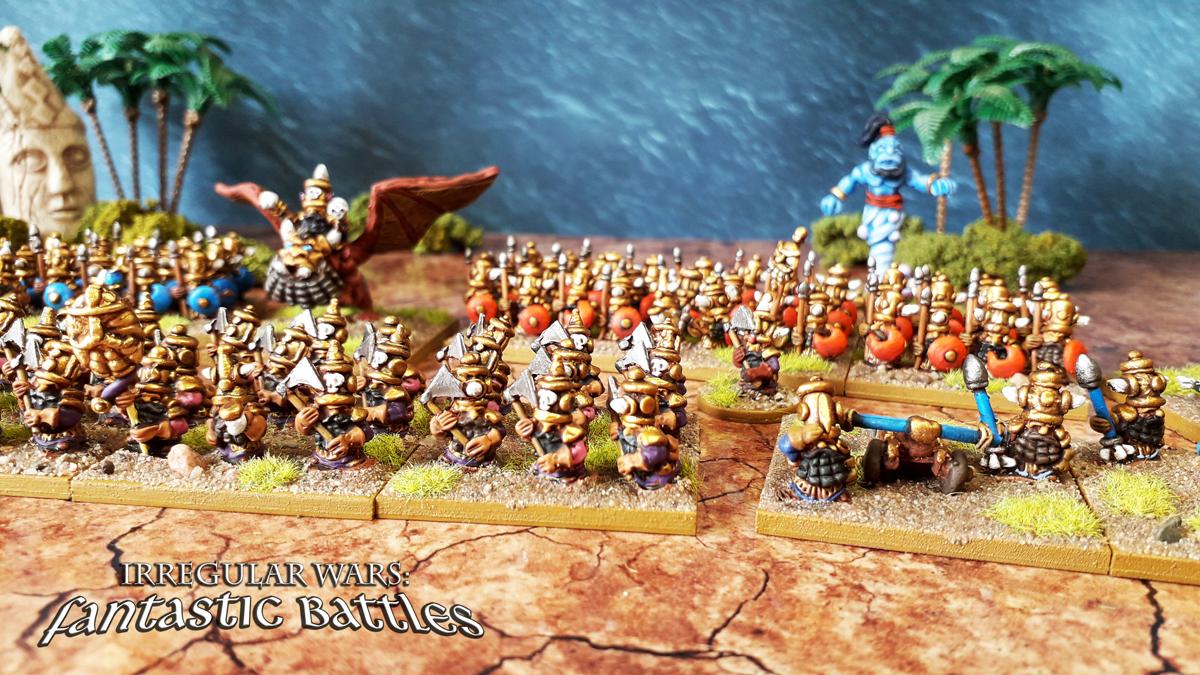 The next of my showcases comes in the form of the Ziggurat Dwarves. These are all from Cibo’s Little Dudes in Switzerland – most are from his range of Evil Dwarves, but some pieces are regular dwarves and the flying carpets are made from greenstuff. By far the smallest of the armies showcased to date, these dwarves favour quality over quantity mustering only five characters and 18 companies (intended to be fielded as eight or nine units).

The Ziggurat Dwarves are an ancient people from an arid land broken by fertile flood plains. Living in walled city-states, they build huge stepped monuments reaching into the sky. Some travellers believe these to be a memorial to an ancestral mountainous homeland far to the north, others feel the dwarves may simply be overcompensating for short-comings in other areas. 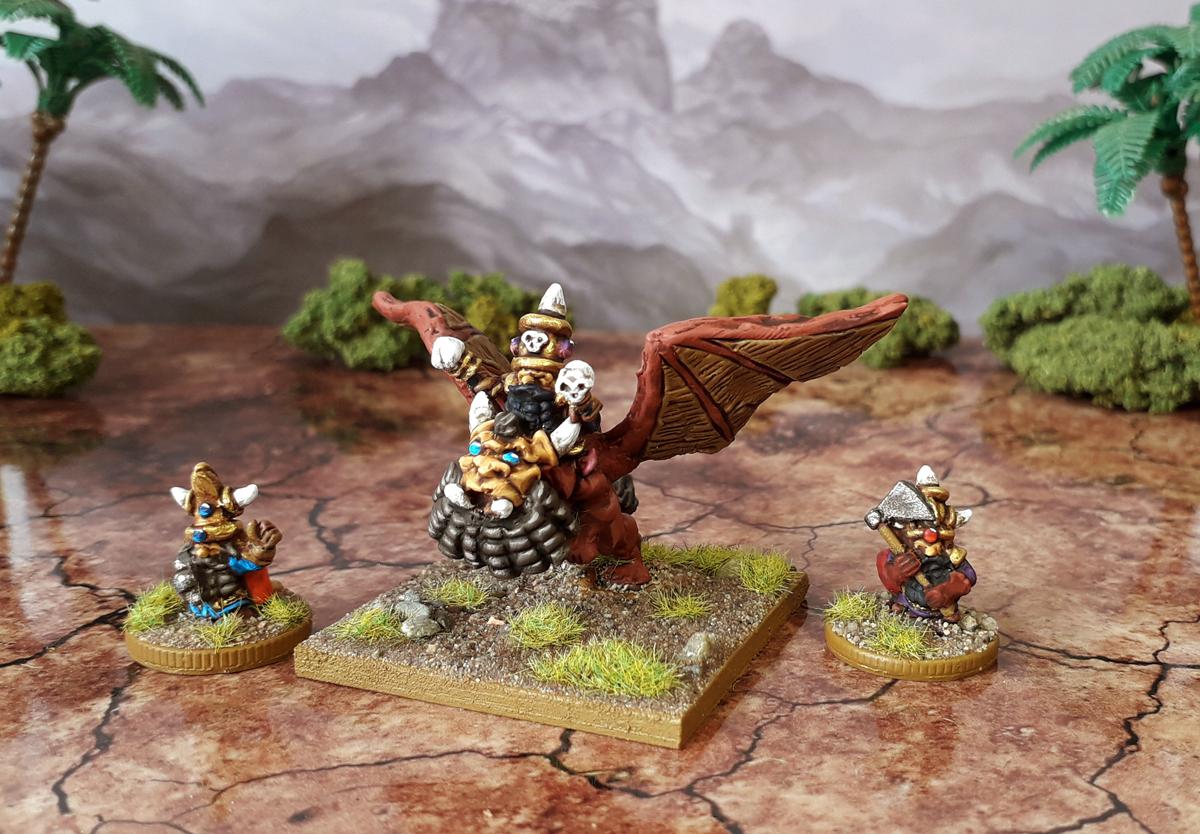 The command element of the army – the Warlord Gargamesh mounted on his city’s lamassu, flanked by the Captains Lakish and Uruk. 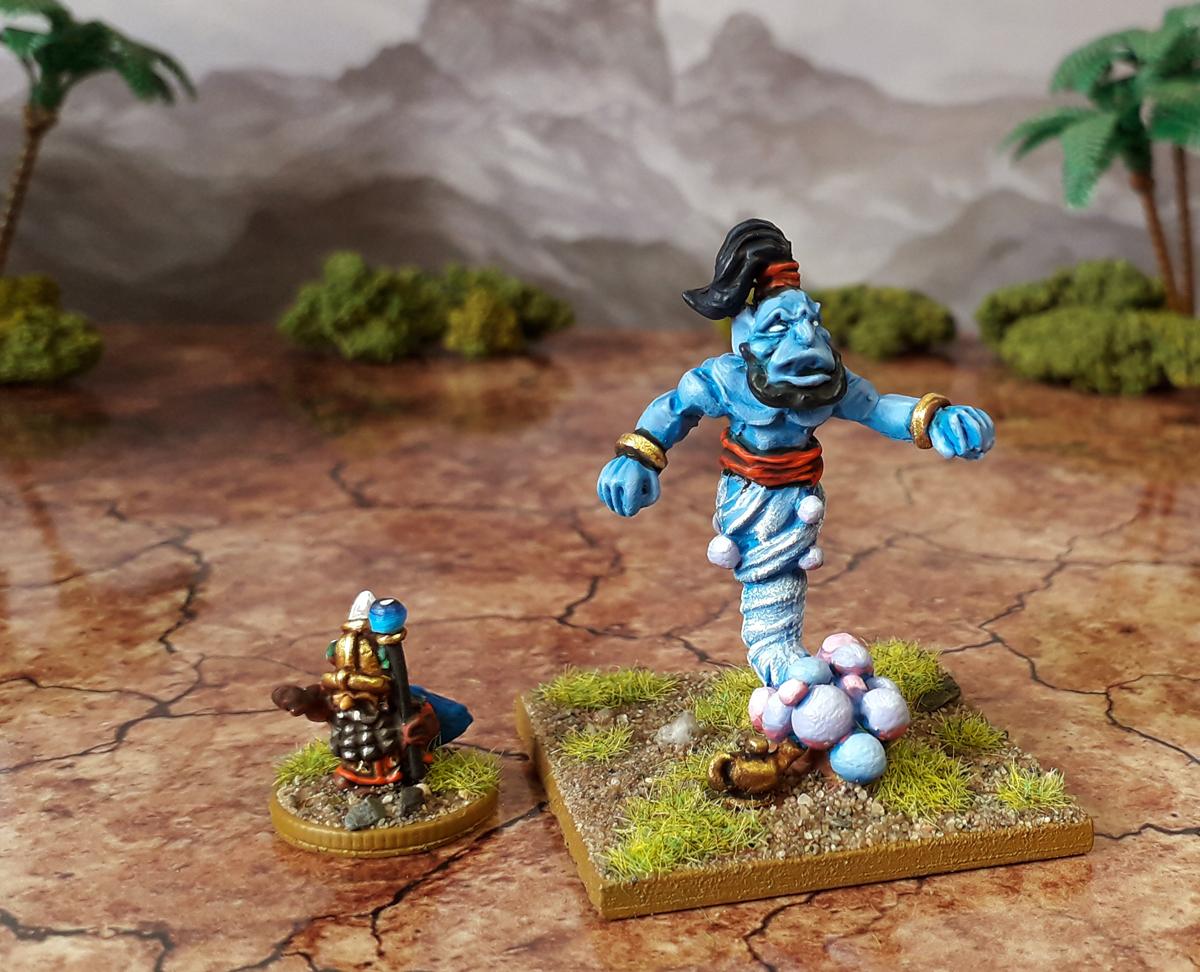 The magically inclined characters, the Magic-user Akkad, and the Djinn. The Djinn counts as both a character and a company and should be able to hold its own in battle, as well as casting wee spells to help the army along. The temples provides a cadre of specialist priests to support the Ziggurati with carpet-riders. In such a slow army, the carpets provide a highly mobile reserve as well as limited fire-power as the priests throw down assorted fireballs and lightning bolts.

The Ziggurat Guard are the elite unit in the armies of the Ziggurati cities. Equipped with two handed axes, they should be able to make short work (pun intended) of any unit foolhardy enough to stand before them. 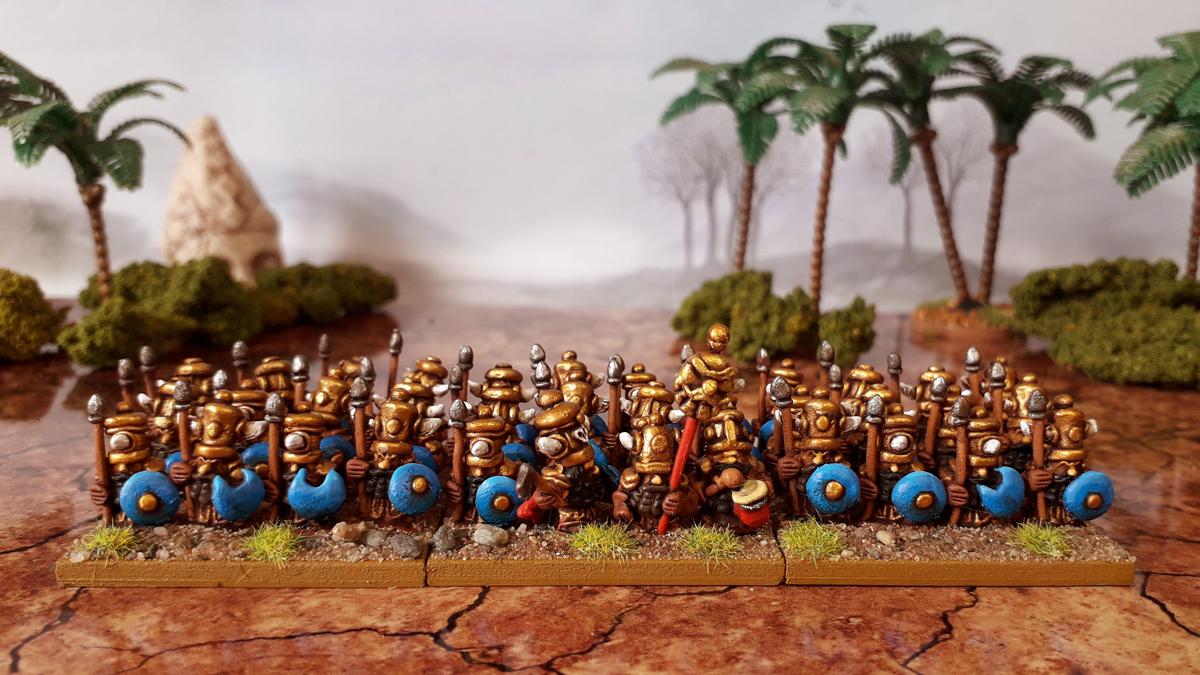 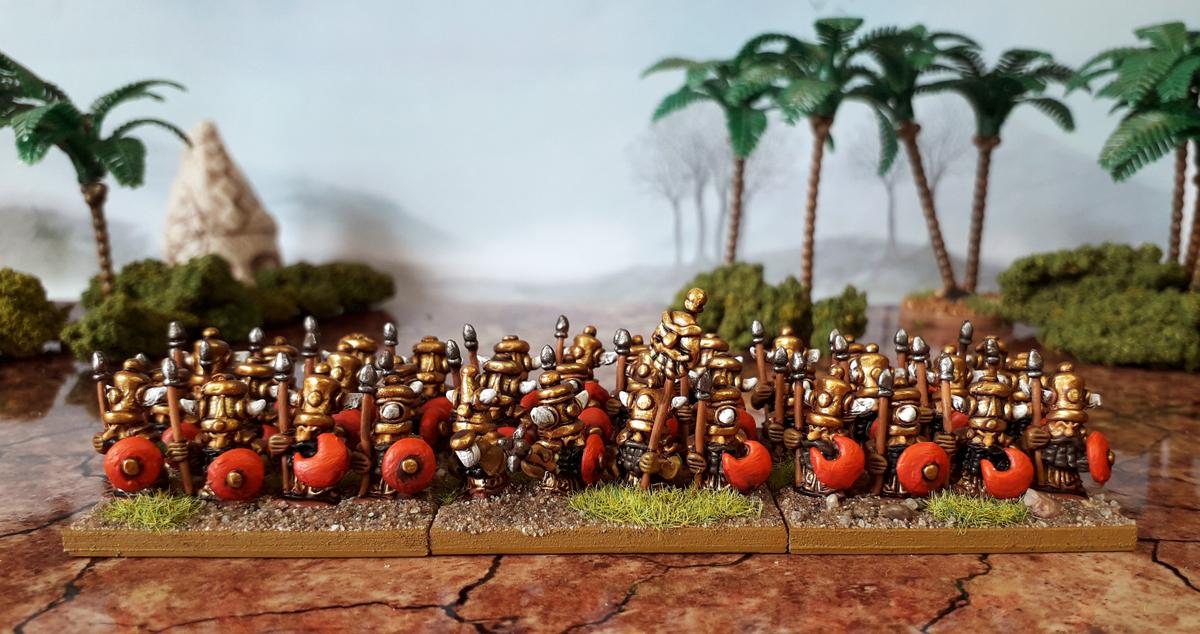 Shield-bearers make up the bulk of Ziggurati armies. Lacking the punch of the Ziggurat Guard, Shield-bearers are, however, almost impervious to frontal attacks as they present a solid shieldwall bristling with spears. Lacking warriors with regular missile weapons, Ziggurati armies usually march to war supported by plentiful war-machines. These ballistae are equally capable of breaching enemy formations or fortifications. The grand battery would usually be broken into smaller groups to spread its shooting capacity along the entire dwarvern line. 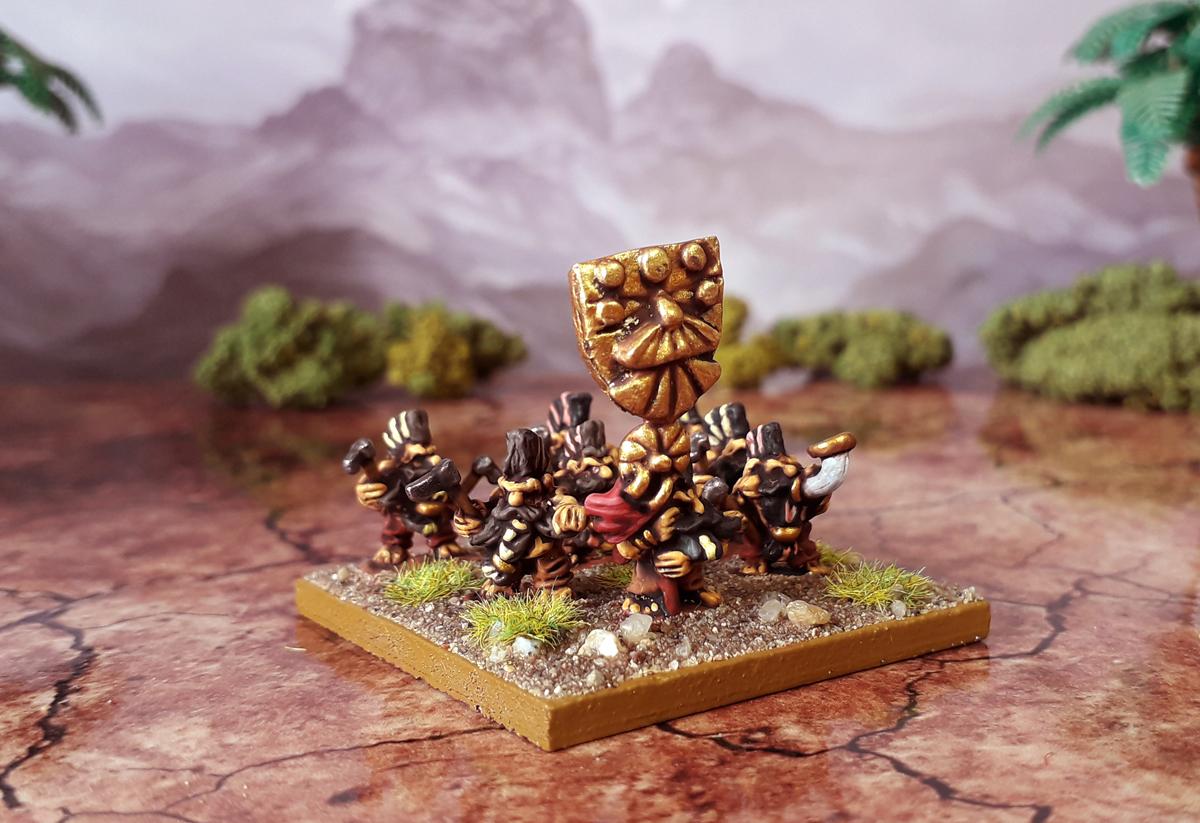 The last unit in the army is a company of dwarvern highlanders, less sophisticated than their lowland cousins, they serve as scouts and foragers for the army on the march, and crucial flank support in the line of battle.