Reply To: Clash on the Fringe Campaign AAR

Episode 6 of the Saga of Clarke is now live!

Last time our heroes found themselves in a running gunbattle through a sector of a big city, aiming for the starport to get off world. Facing down Nomad pirates, crazy cultists of the Blood Cult and the long arm of the law, Unity’s peacekeepers.

After a hectic fight, the crew had to surrender to the Unity guards, since both Tycho and Tai had been injured.

Now they were off to see the guard captain, to explain themselves: 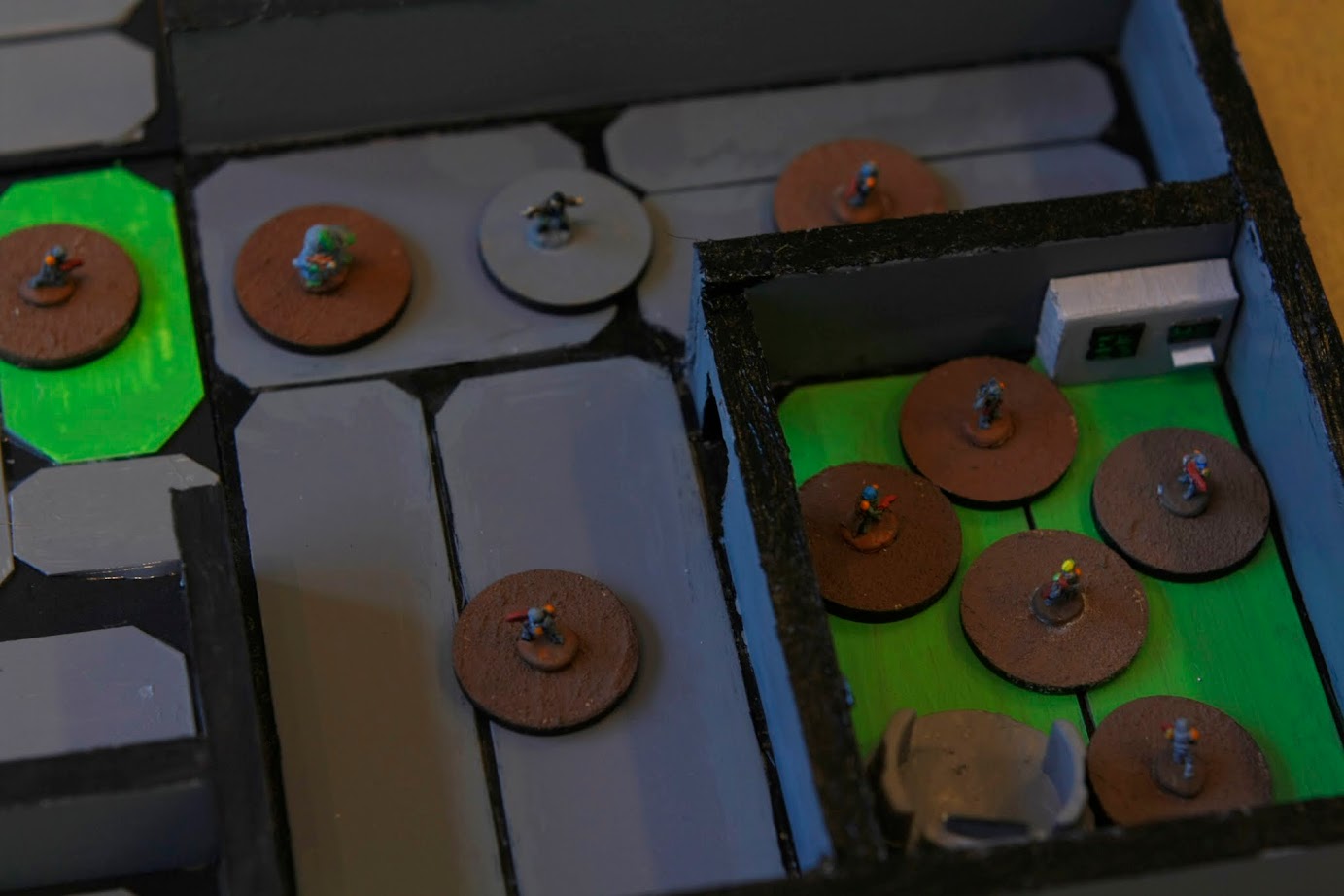 Clarke meets with the captain, trying to convince him that they were not in the wrong, they were only defending themselves! 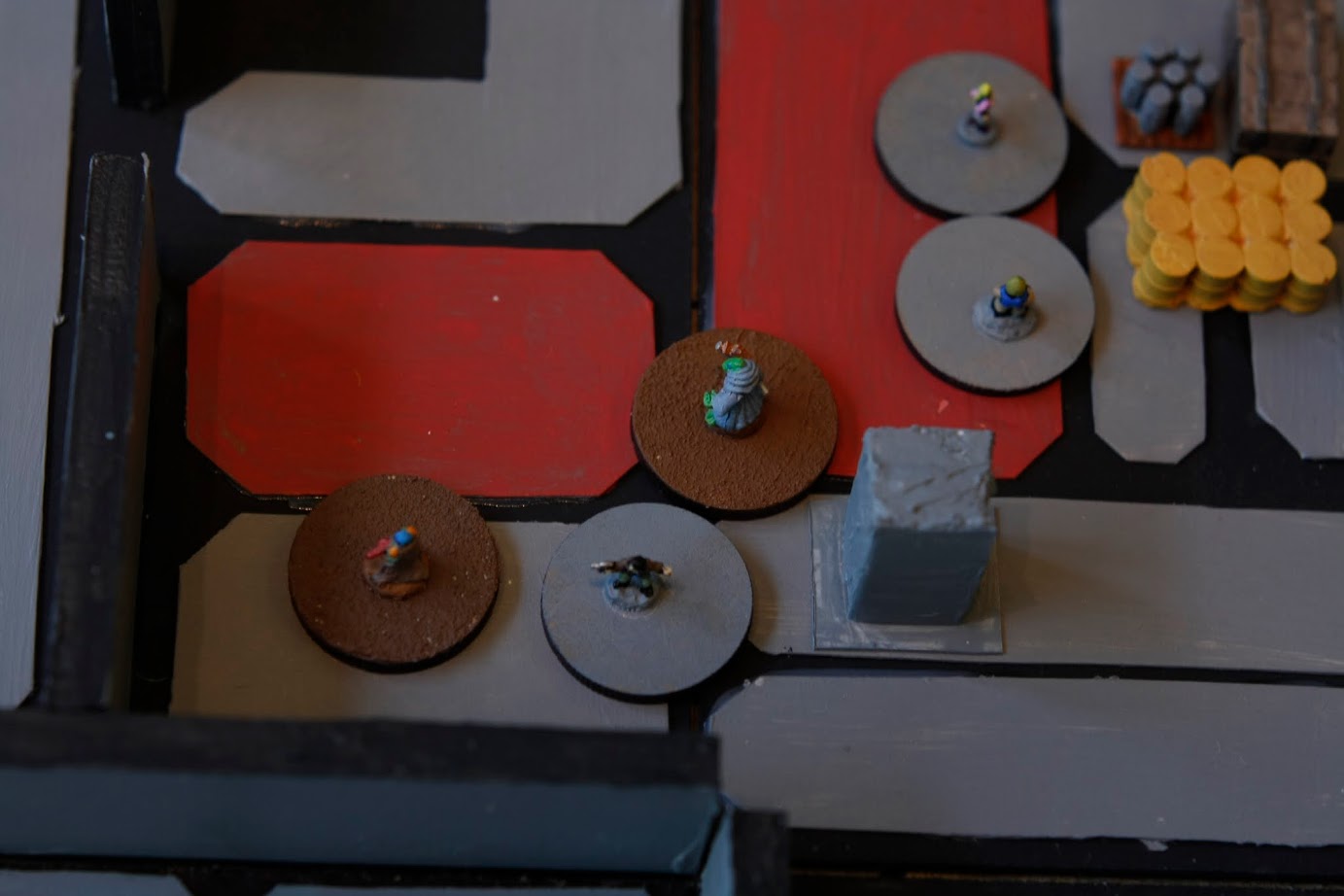 The captain eventually relents, and Clarke along with his companions are set free! They quickly make for the port’s landing pad, where Clarke had spotted a familiar ship coming into the port. 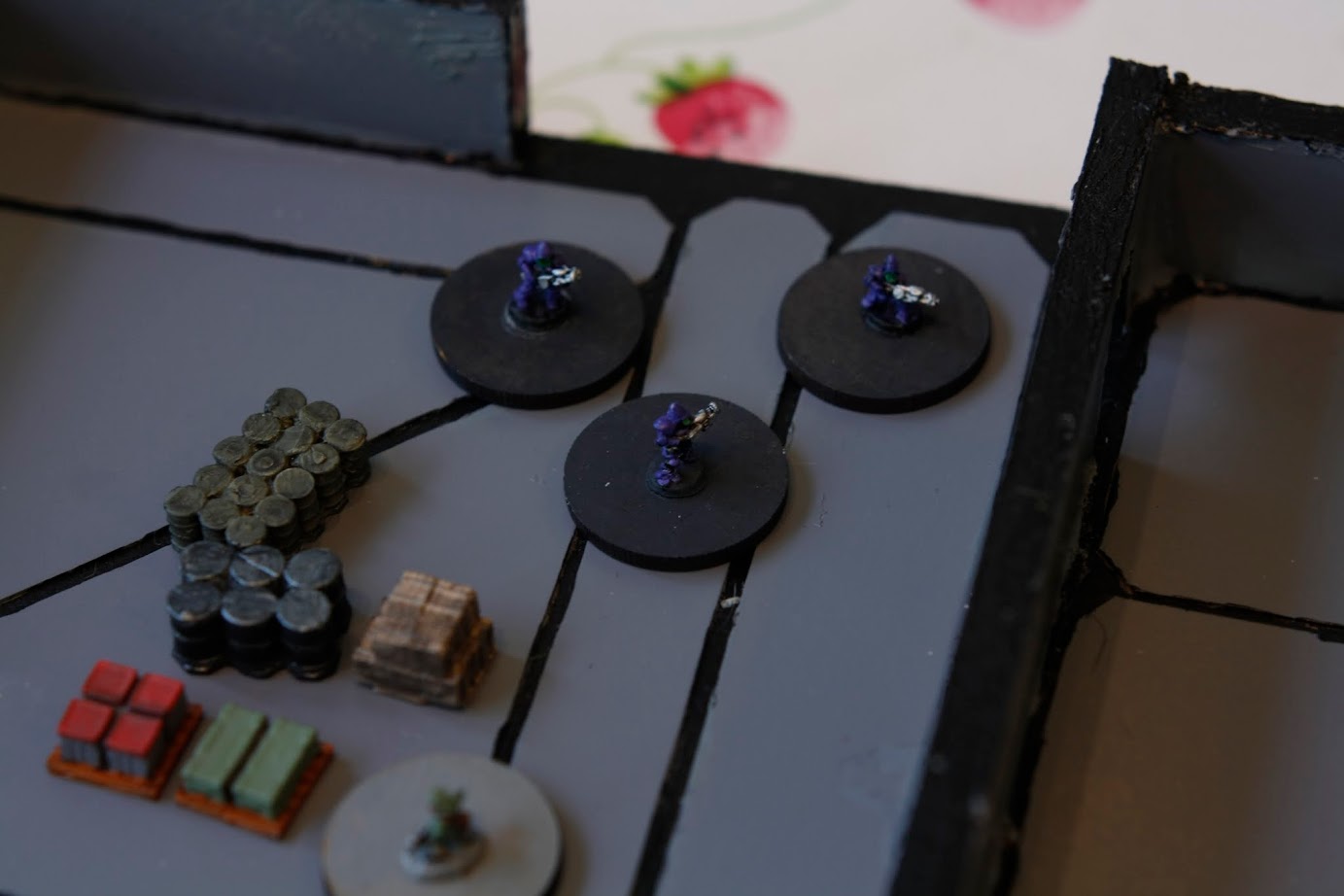 It doesn’t take long before a party of returning nomads show up in the port as well. There might be another fight for our heroes, before they even get to the ship! 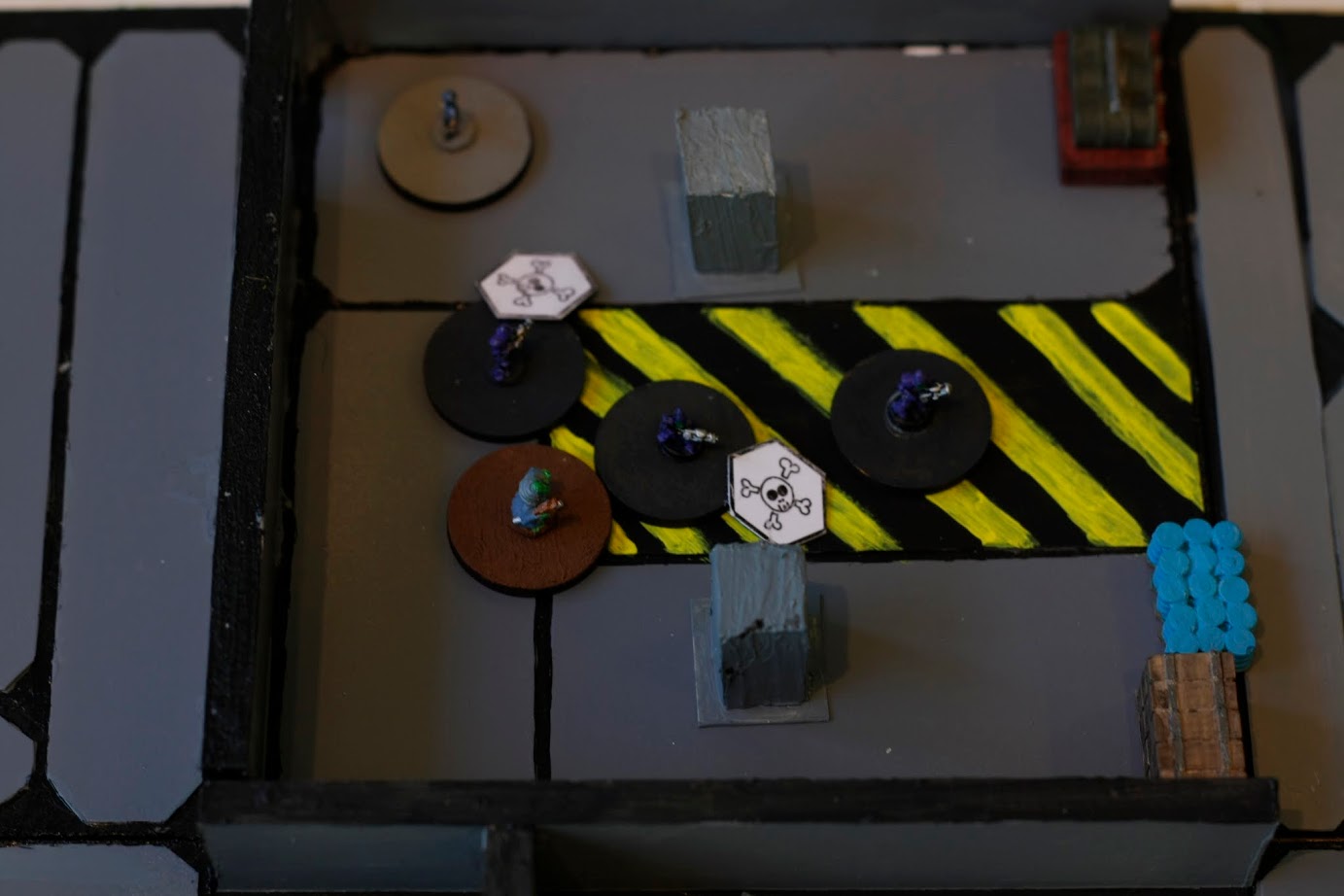 In a flash, Tai engages the pirates, his powers propelling him faster than his allies. Clarke and Tycho try to make their way into flanking positions as Tai tears into the enemy. The must be stopped, or the ship might have time to take off without them! 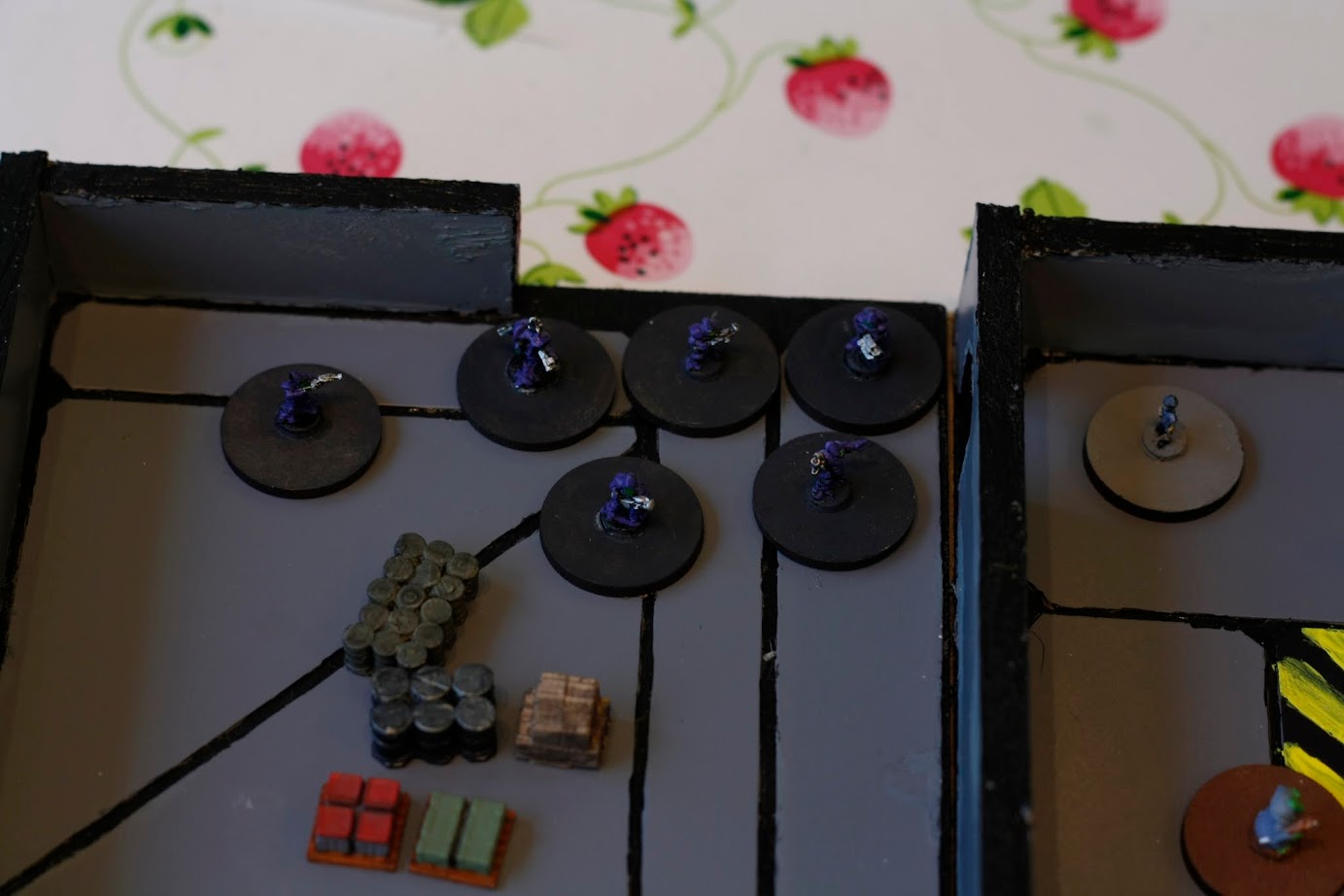 The call of the ailing nomads was caught up by more than just the pilot of the ship, and a second, larger group of nomads arrive shortly thereafter! 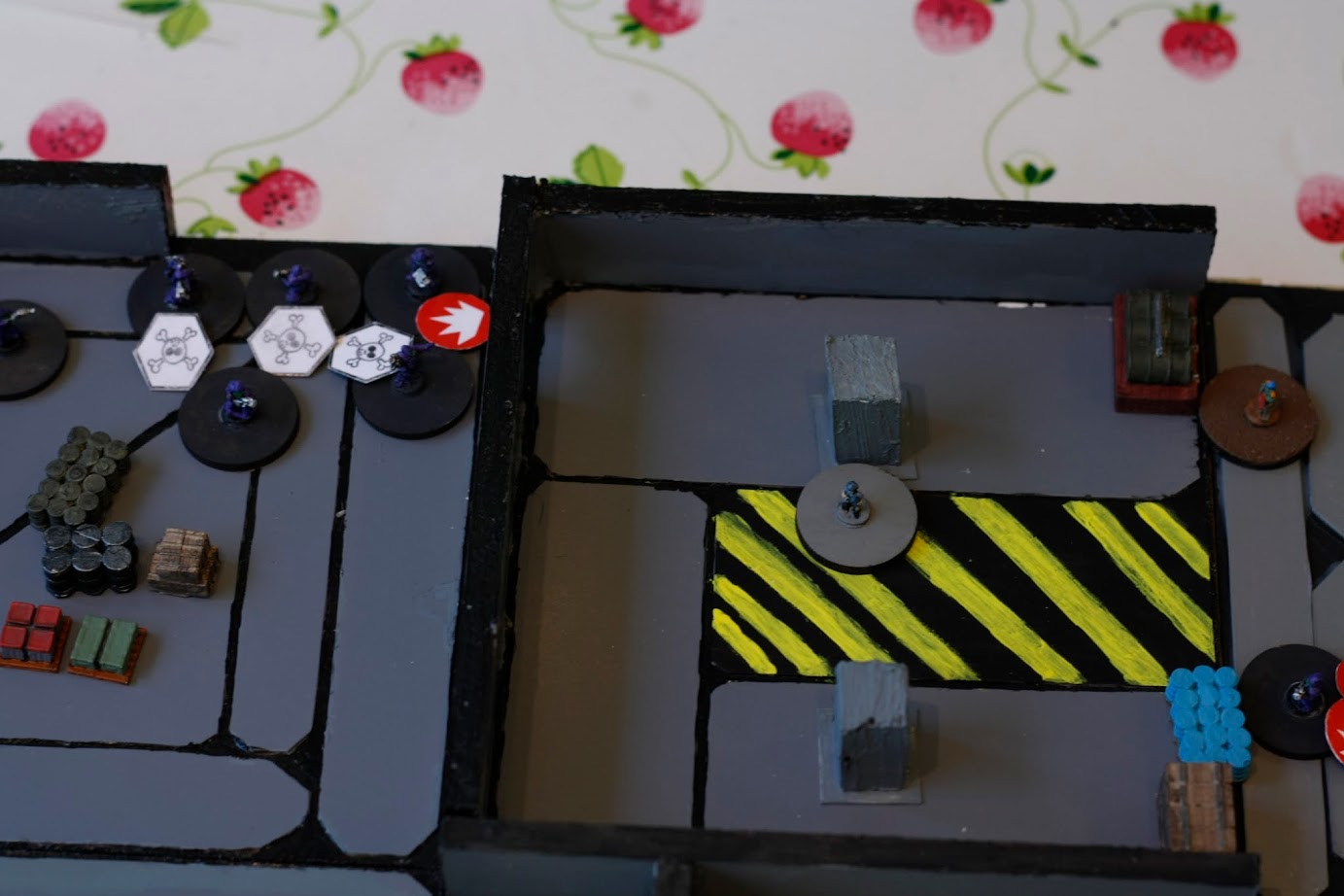 Swinging in to action, Clarke expertly takes down a number of the new arrivals, just as the Unity peacekeepers come to investigate the commotion. 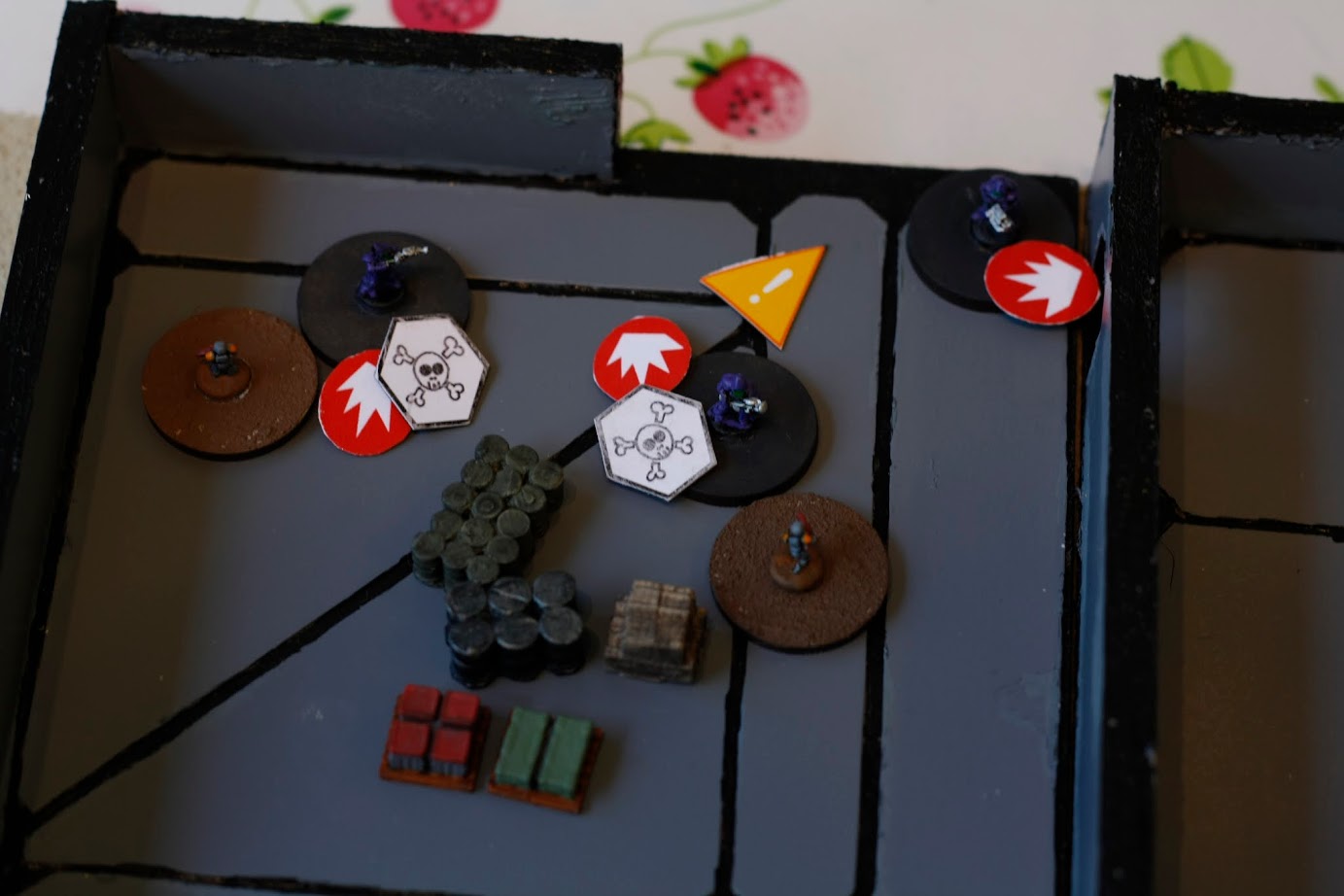 Using shock grenades before going in to apprehend the nomads, Unity troops start arresting the pirates for violating the ban on firefights inside the port proper. Clarke and his crew will be next.. 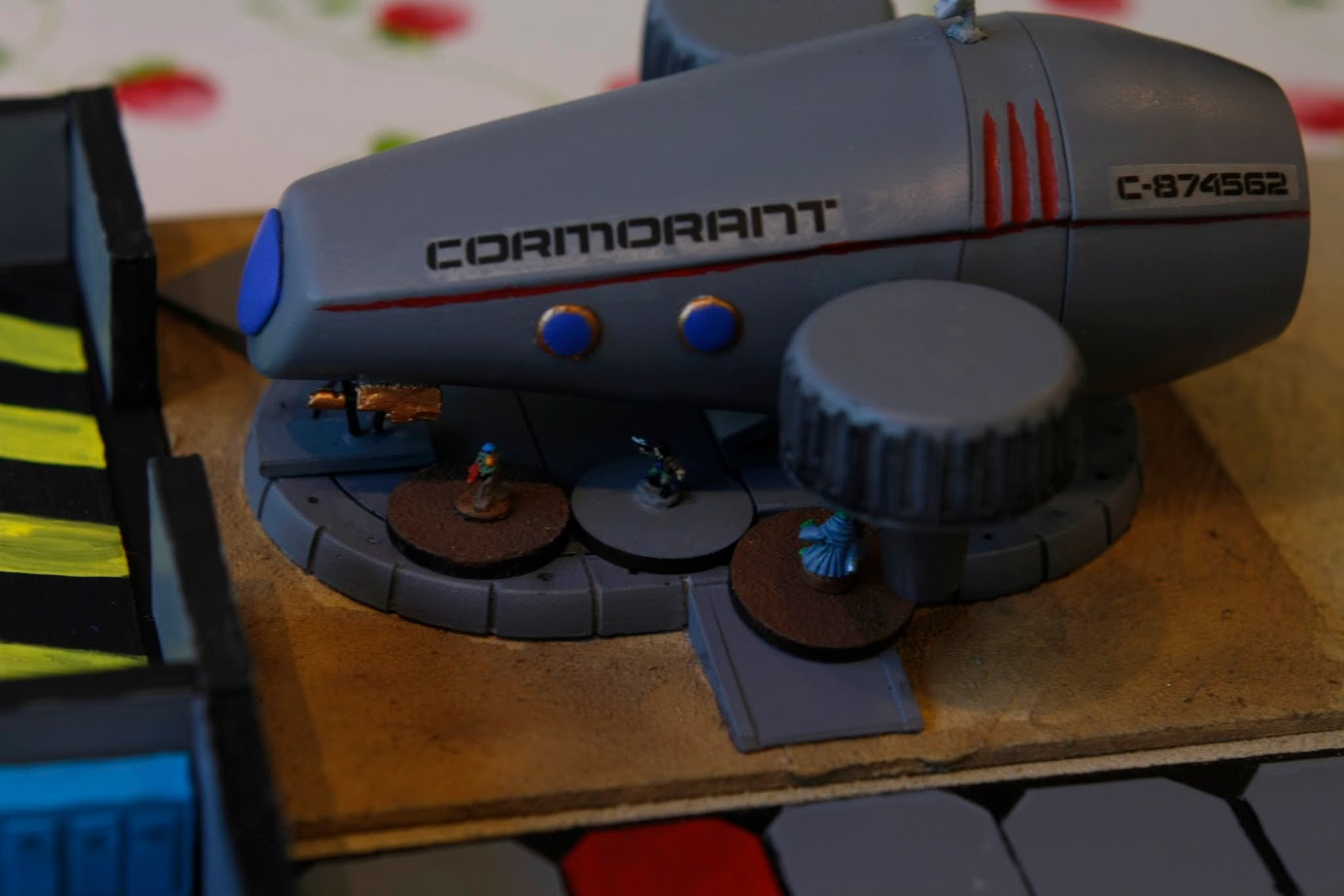 But the blast doors start opening, and they rush out, managing to board the Cormorant just before she takes off! 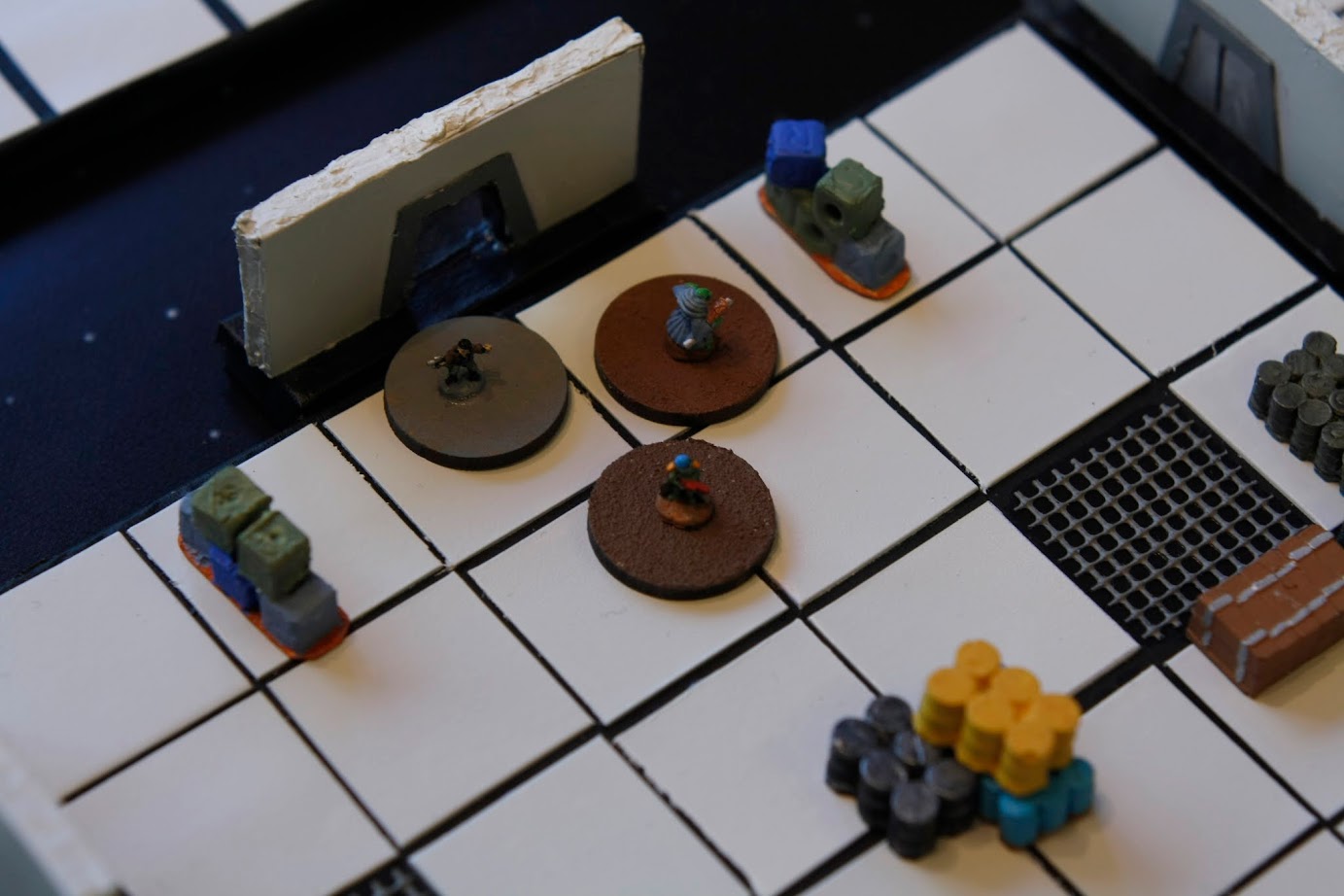 They are now on the ship, next they need to take control of it before it reaches the rest of the nomad fleet.. 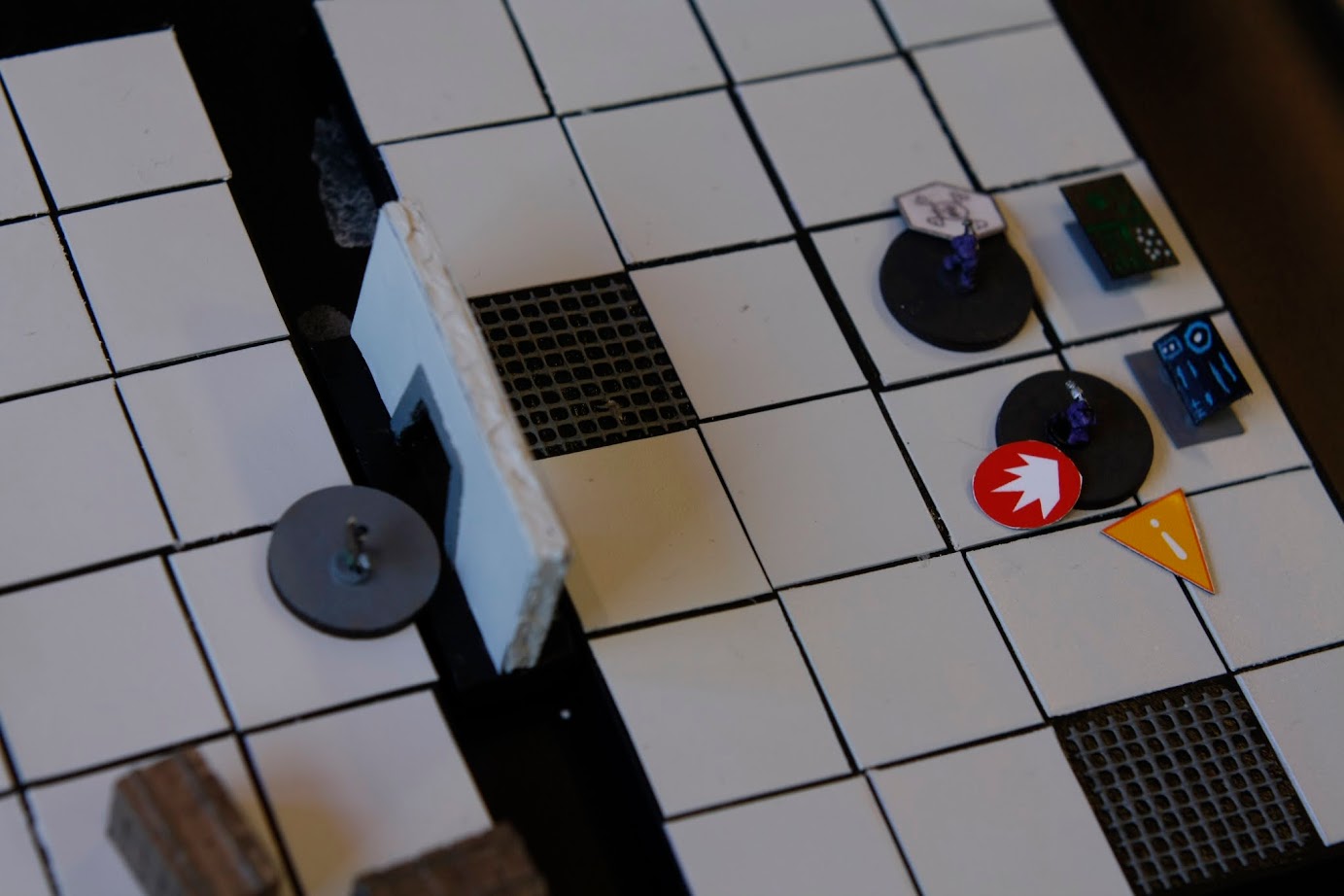 Tycho realizes he knows the ship type, A Sanada Heavy Industries Stalker-class ship. He rushes for a door at the back of the cargo hold. It opens, revealing two surprised crew at some consoles. Tycho quickly opens fire, downing one and forcing the other to seek cover. 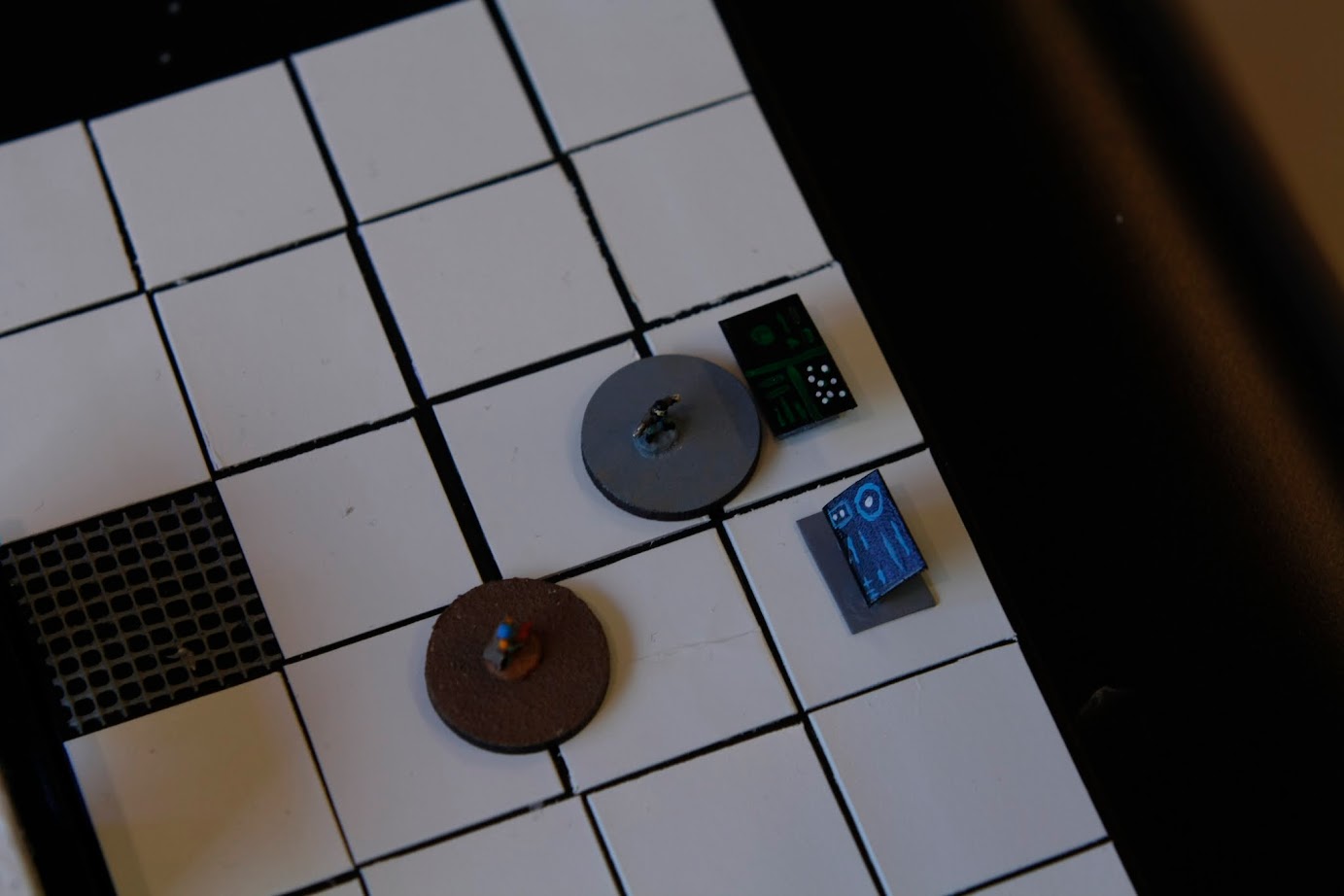 With some help from Clarke, they dispatch the second crewman. Tycho had remembered correctly, this was the engine console! Pushing a few buttons, he turns off the engines and use the manuvering thrusters to slow the ship. 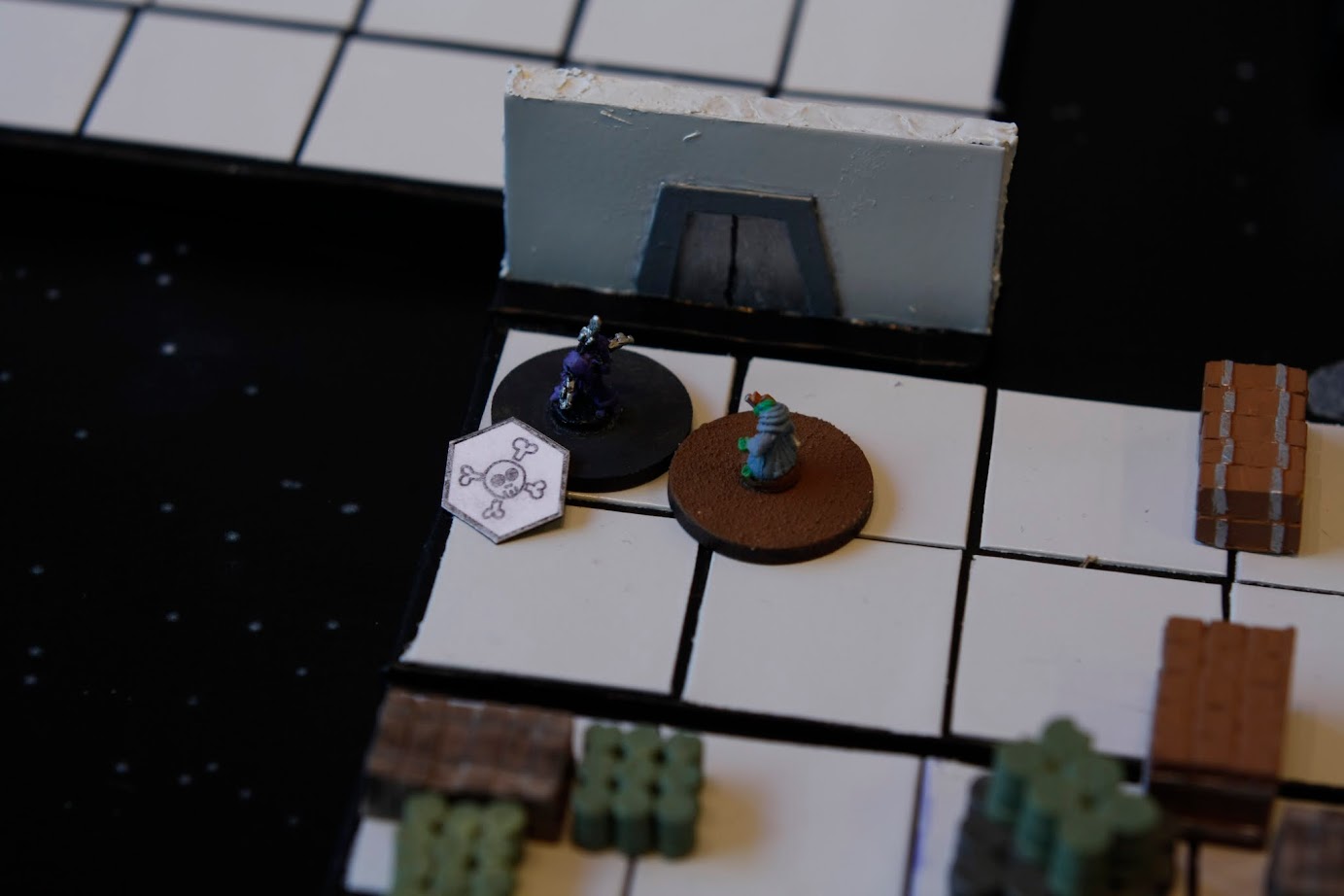 Tai thinks he heard something coming from the left door, and he goes to investigate. In this secondary cargo hold he spots a lone nomad creeping through the aisles. Reaching into himself, Tai brings some of his psi powers to enhance his melee prowess before slamming into the pirate. 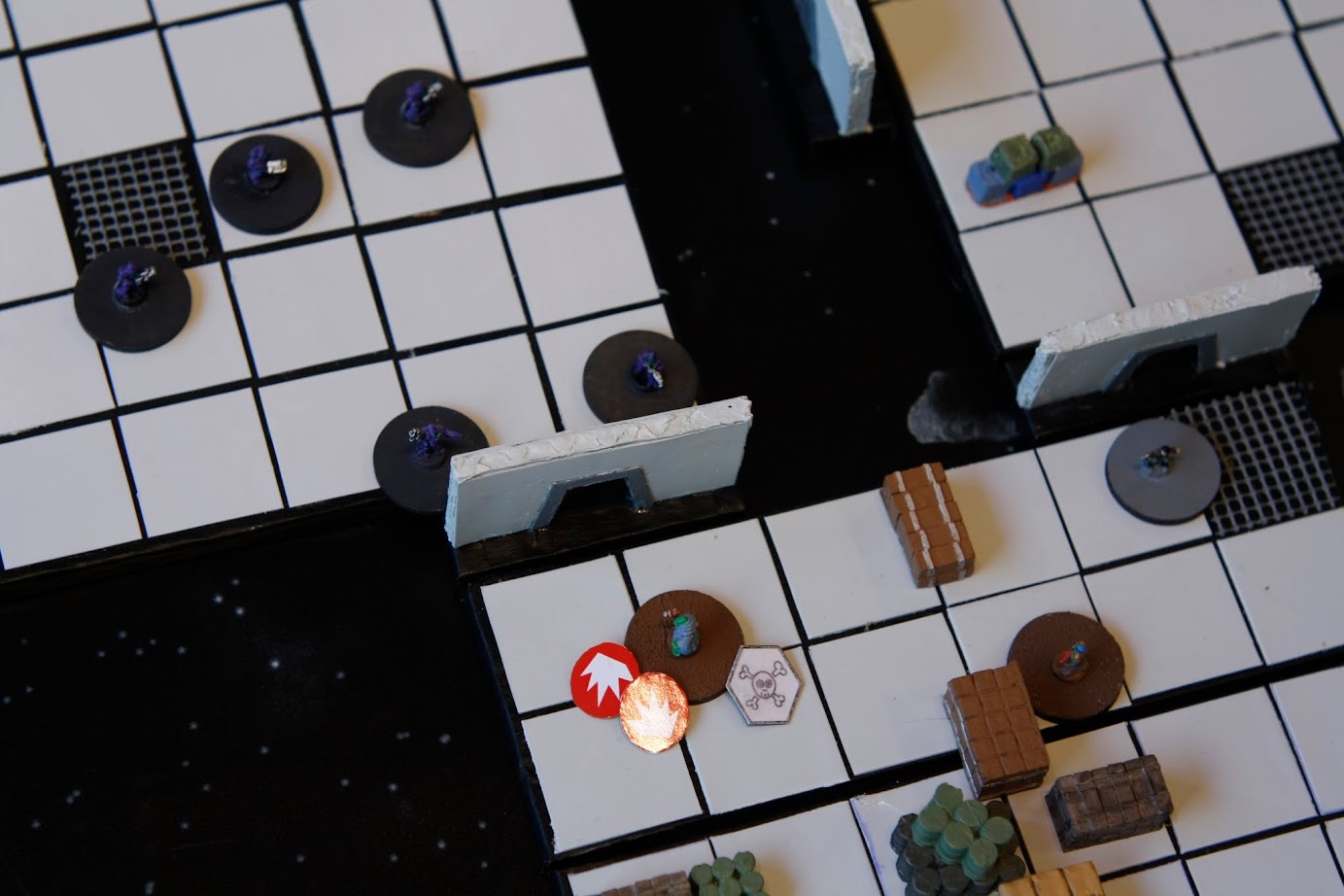 As the pirate falls, the proximity switch opens the door into the next area. It’s full of pirates, ready to attack! Clarke and Tycho runs into the space, too late to save the saurian from the onslaught of bullets. Tai goes down, knocked out! 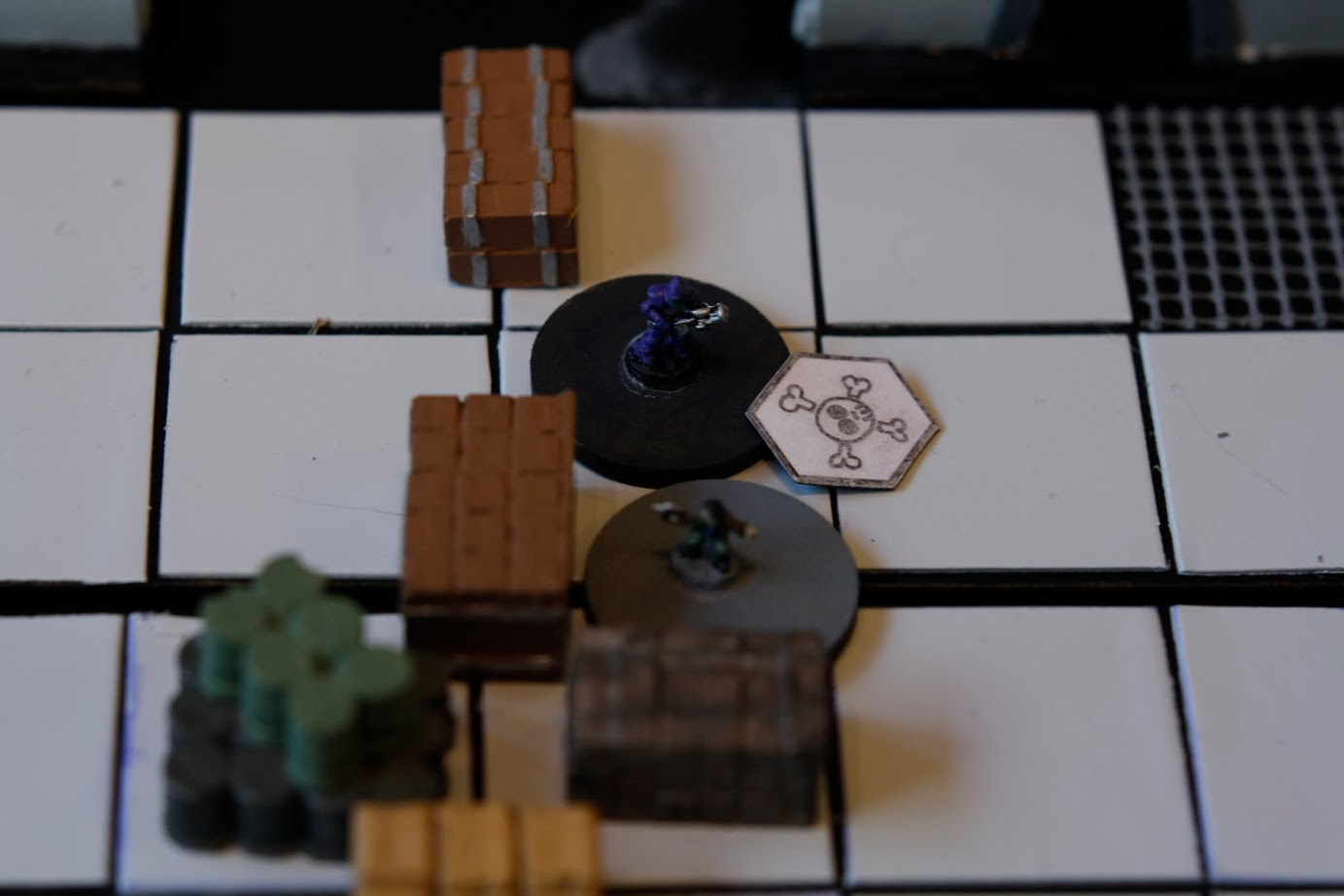 A furious battle breaks out, nomads fall as they charge into the space, but two of them reach Tycho! Fighting quite literally with his back against a wall, he manages to see them both off! 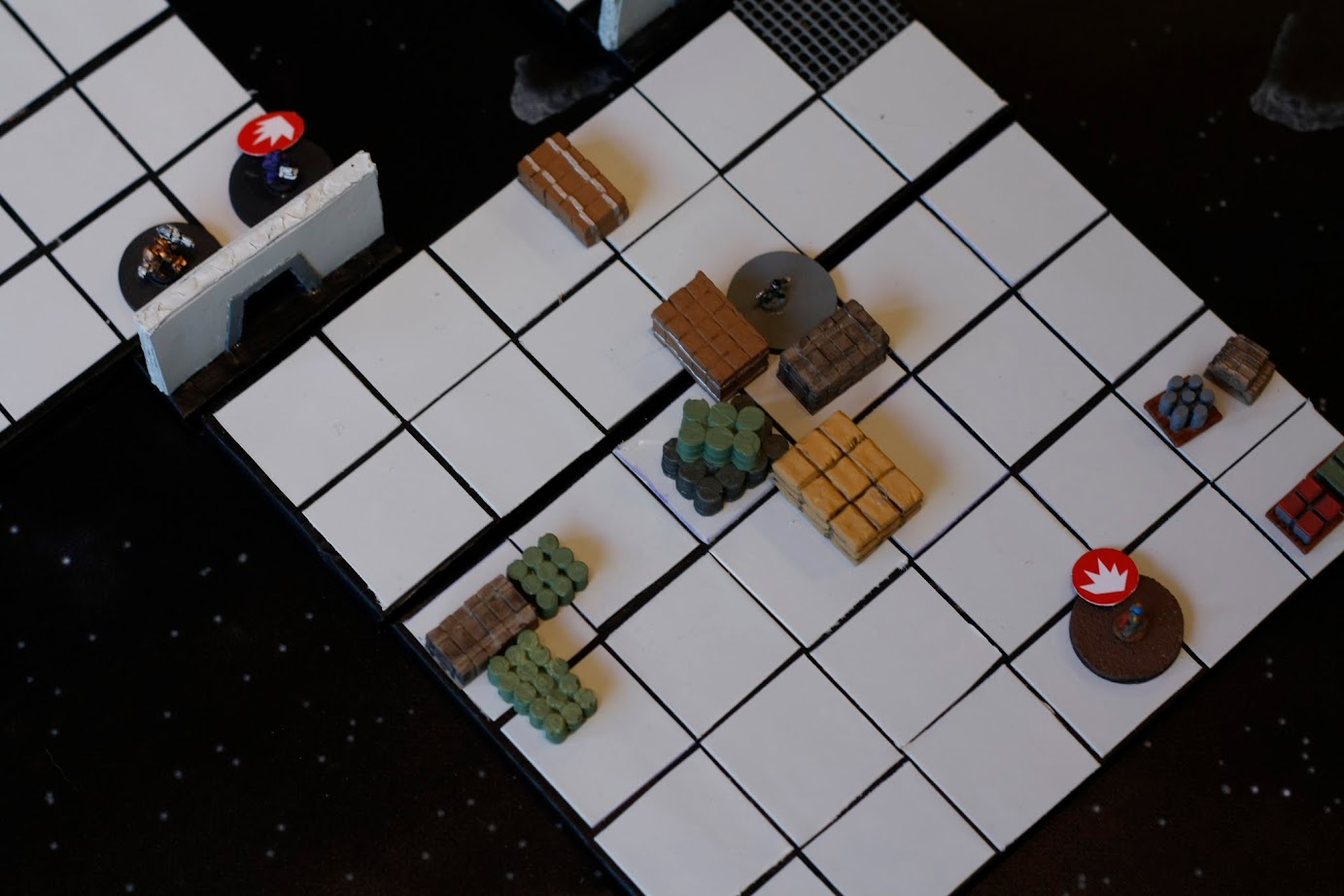 At the same time, Clarke is almost taken out as a plasma bolt slags some of his armour, giving him some nasty burns! The suits medical systems manages to keep him conscious though, and before long he and Tycho returns fire, killing the security chief that fired the plasma shot. 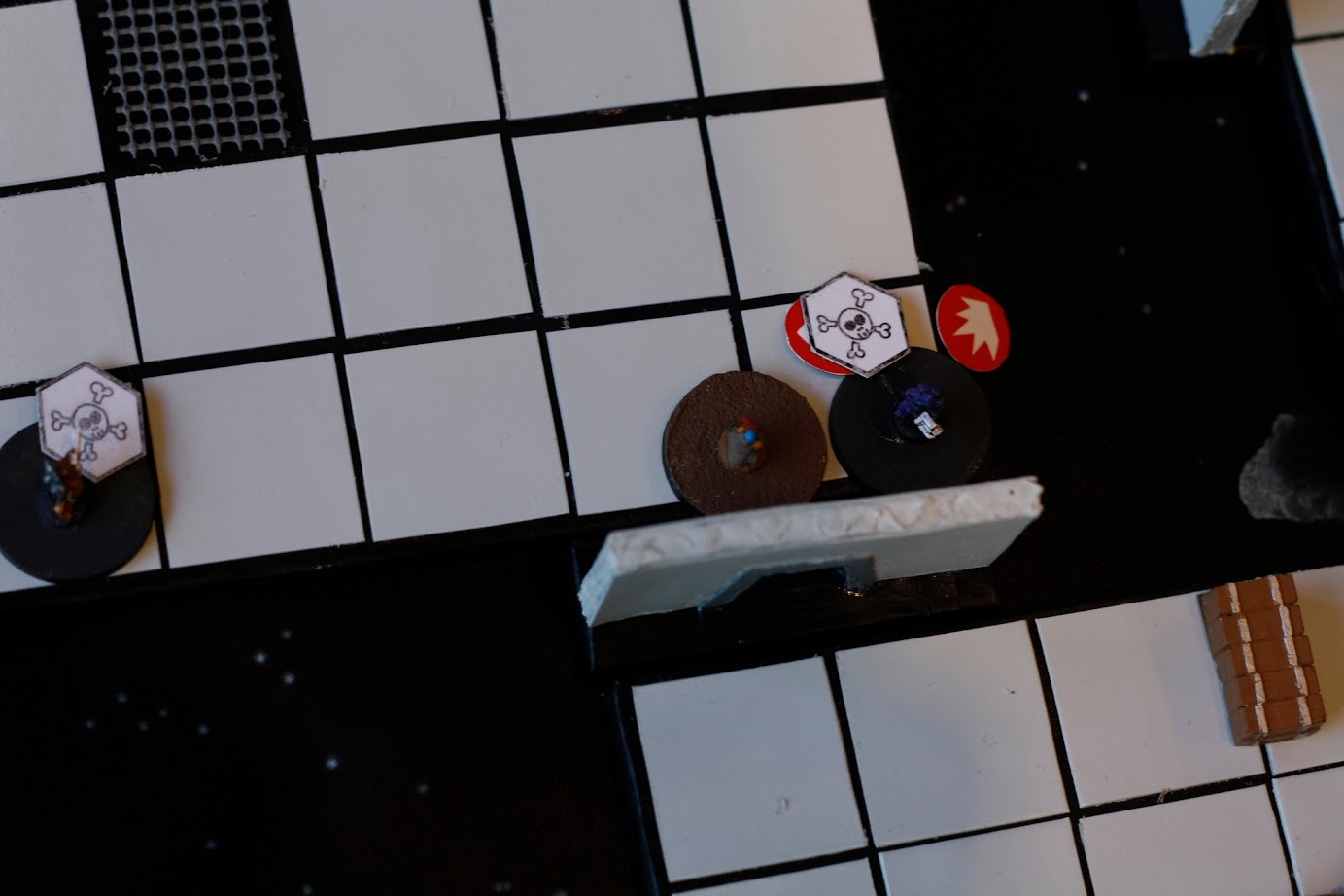 The personal guard (and pilots) of the craft’s commander join the fray, but they are both shot down by some great teamwork from out heroes! 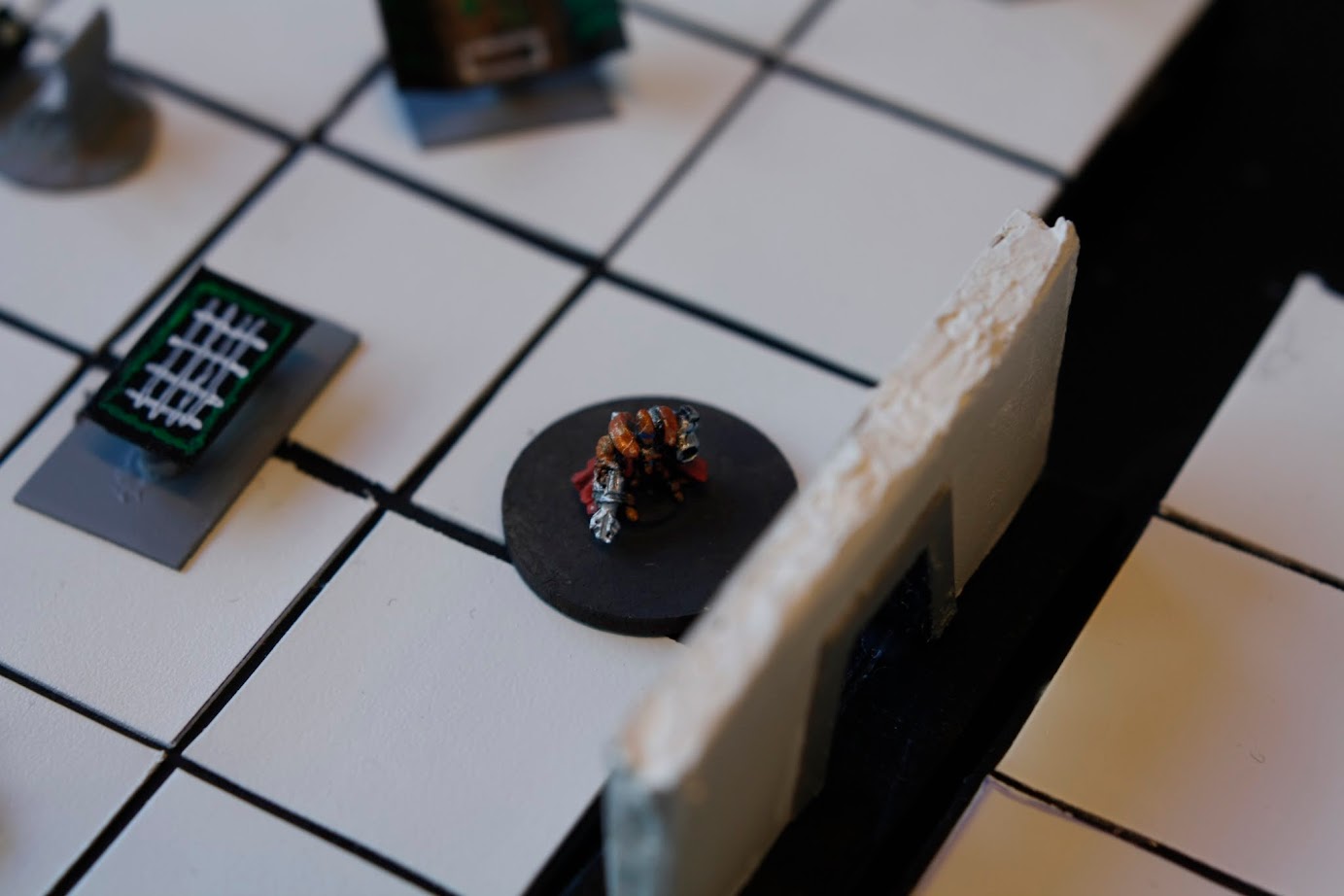 The single most deadly combatant on the ship, the nomad commander finally steps off the bridge to deal with the intruders. 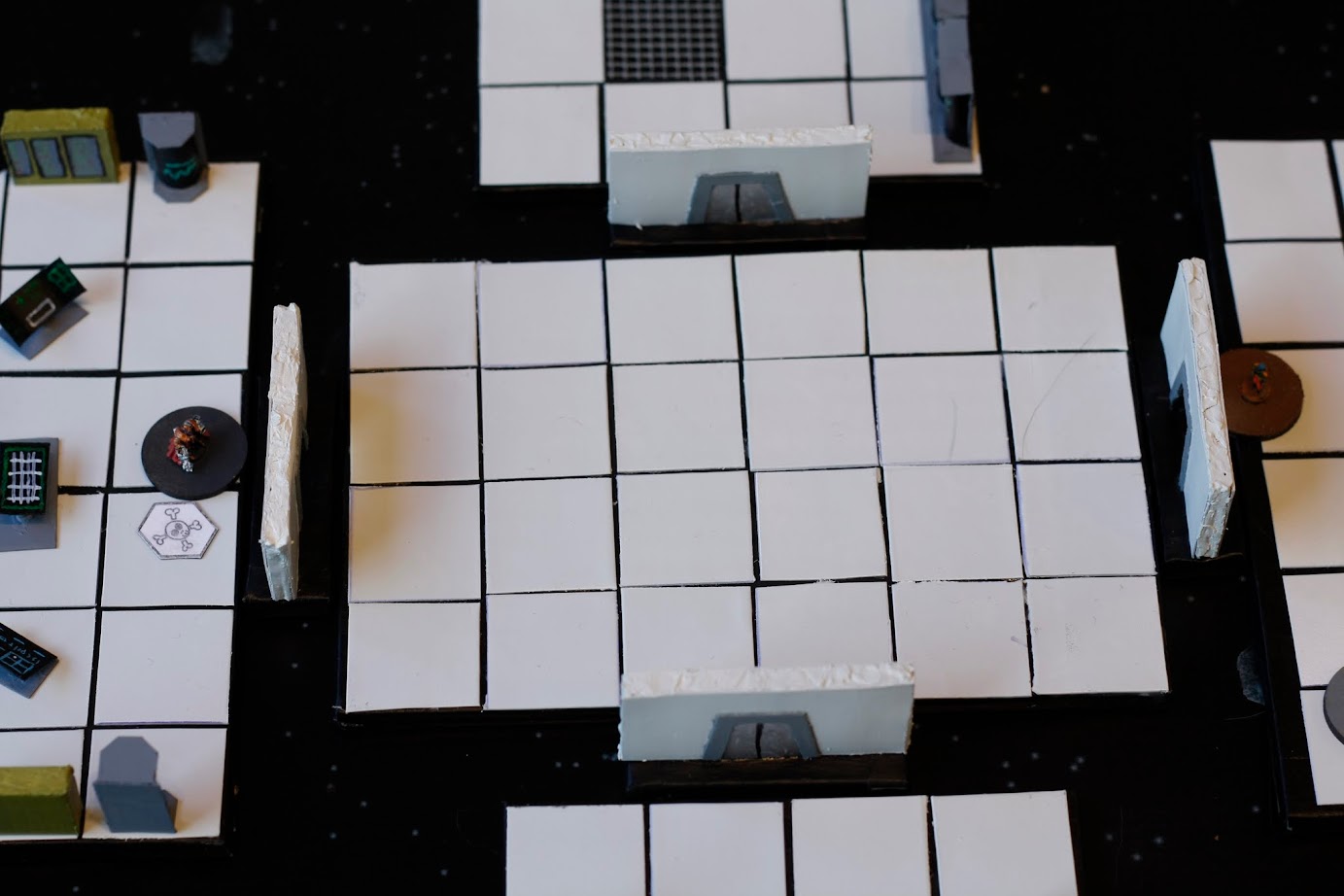 Shots are traded between the commander and Clarke, but eventually the bounty hunter gambles it all, and takes down the commander! 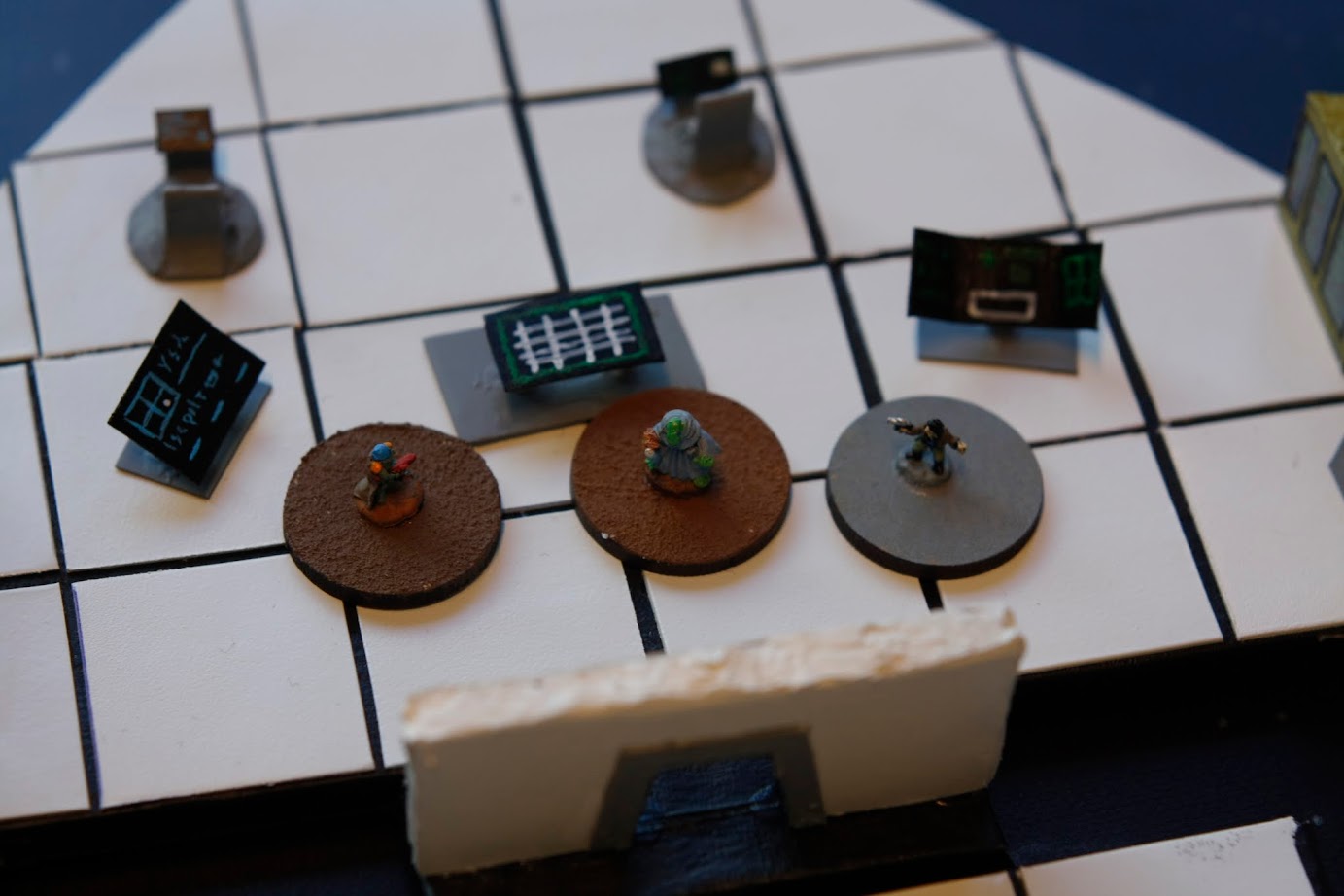 Some time later, after a soak in the ships stasis/medical unit, Tai is restored enough to meet up with the rest of the group.

They now have a ship and their destination, a planet known as T-77/4 in the Unity logs, is within a few days travel at current speed.

But what are they going there for?

Tai makes a starteling revalation, sharing a vision of a grim future that can still be stopped, as long as the heroes can get to a certain alien artefact before the Blood Cult finds it!

What will happen of T-77/4? Can the grim future really be avoided?

Join us next time to find out!

The full report, with more pics and complete narrative can be found on the blog: