Reply To: ONUS! Rome Vs Carthago: English Version of the game

Now in ONUS! the figure of the GENERAL becomes even more prevalent. With the upcoming expansions and since each General has his unique set of skills, there will be a modifier depending on the General and the number of points of your army. Hannibal and Scipio are well balanced. 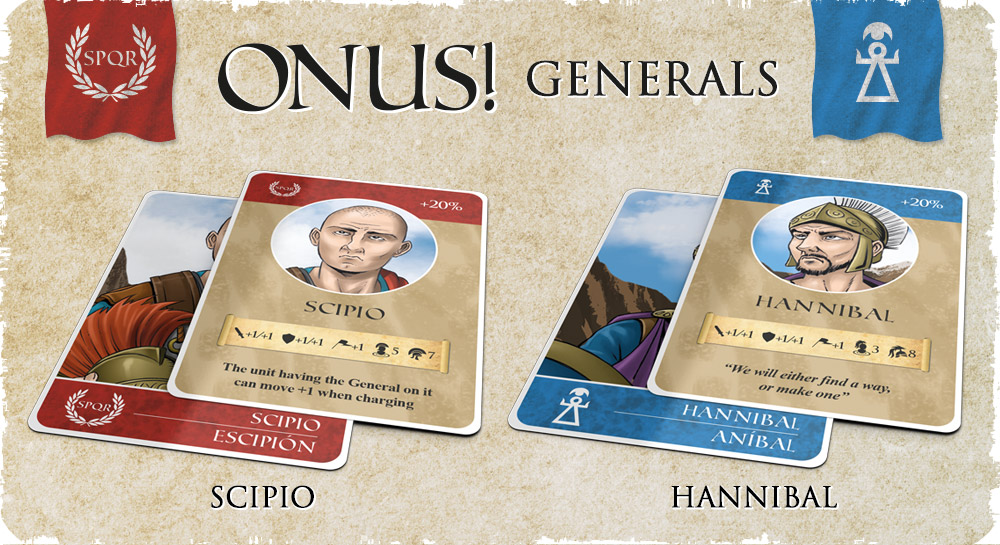 But, what will happen with the new Generals included in the Greece expansion and those that may be unblocked in the upcoming Kickstarter campaign?

You have to carefully choose your General and your army to win the battle! 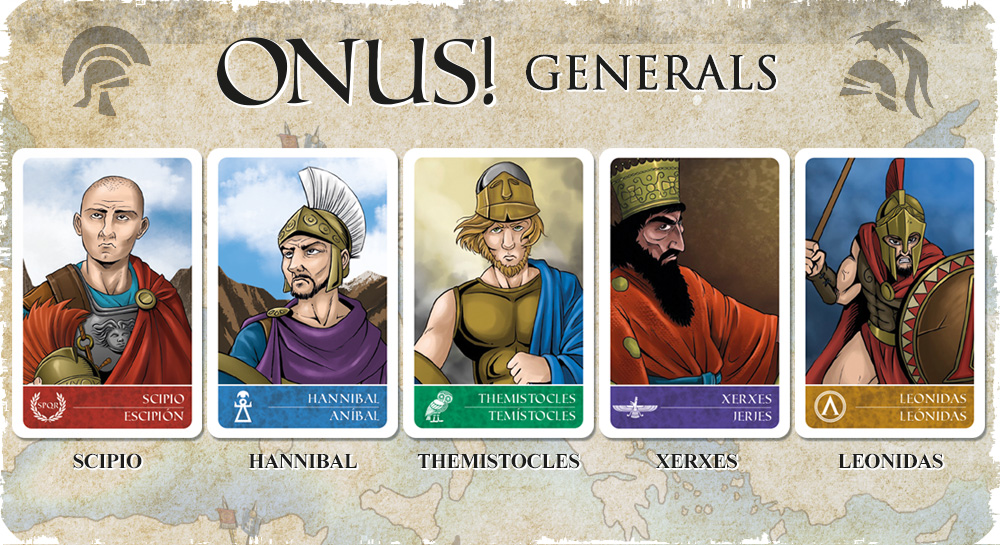