Believe it or not, a schoolboy error. When I was 14 – 15, I decided I’d like to do renaissance because I liked the look of landsknechts. I knew nothing about landsknechts other than they were renaissance Germans. I bought two armies (small of course) from Mike’s Models. Can you see where this is going? I bought Germans and Swedes. Can you see it now? Ever since accidentally buying  Germans from a hundred years after the landsknechts I had the urge to right an embarrassing wrong. It only took 20 years and twice that many books before I was sure I knew where I was going – but the wrong is righted and i’m a very happy man. I was never happy with the 30YW, but I was never going to be using Newbury rules.

I sold those MM armies of little dwarves years ago at a show, Northern Mil’ I think. I wonder what they’re doing now. Quite fancy another crack at that period one day, with removable flags (see link below) so I can use them for the ECW aswell. I’ll do them in 28mm next time.

Still love landsknechts, I don’t even mind painting them. 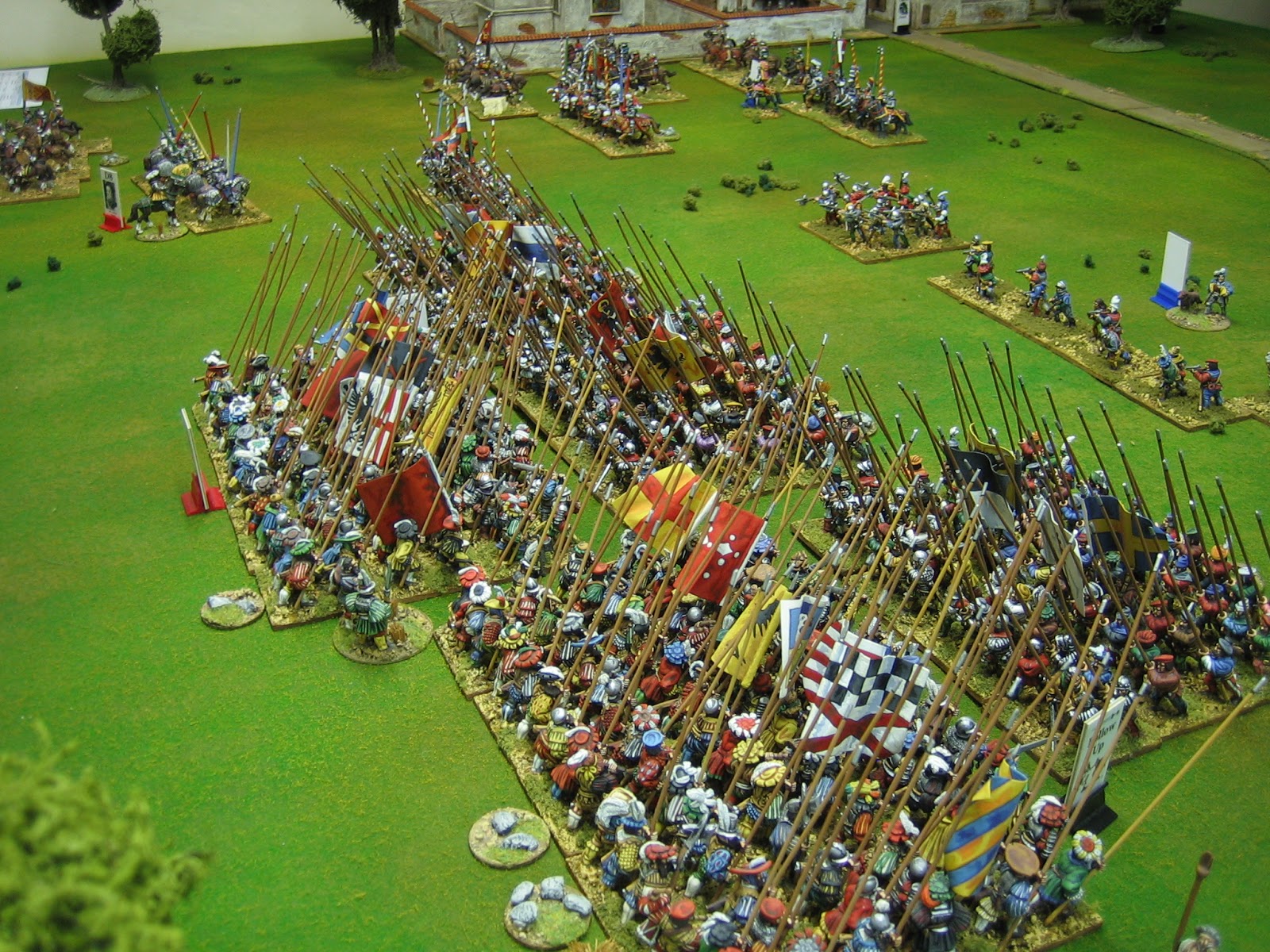