Right, having read the instructions by Mike on how to post these photos, I’m gonna have another go at them.  So fingers crossed… 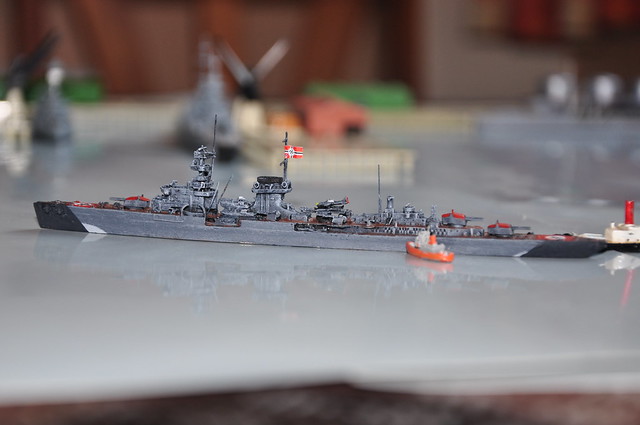 The German light cruiser Nurnberg entering harbour with the assistance of some tugs.

This is the latest addition to my fleet. Seen here from the starboard bow, I had her painted in a scheme very similar to the famous Baltic Camouflage Paint Scheme but without the black & white stripes. 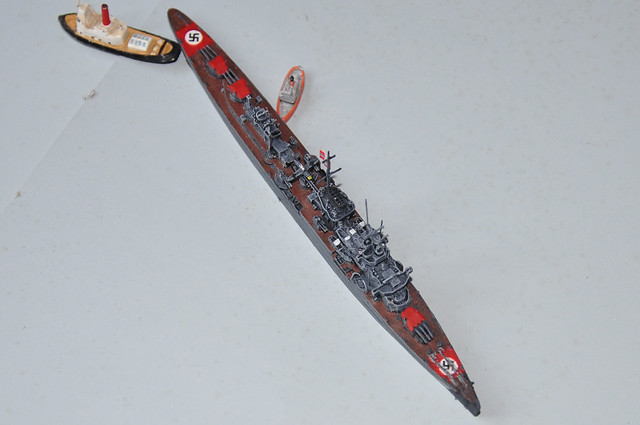 Not being a very good painter myself I had this Neptun model painted by a modelling and painting service in Middlesbrough. 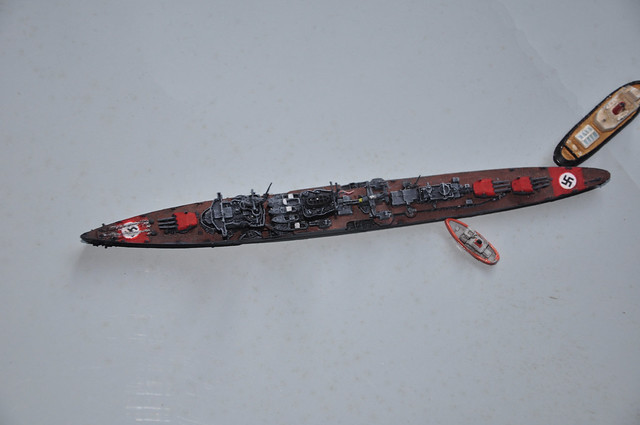 To see more of their work, check out their Facebook page at: Mac’s Models 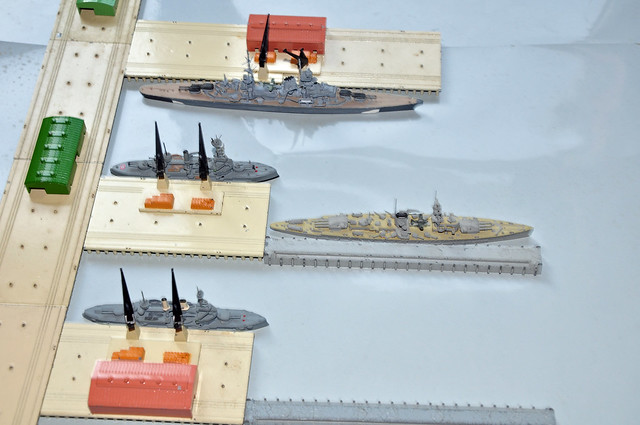 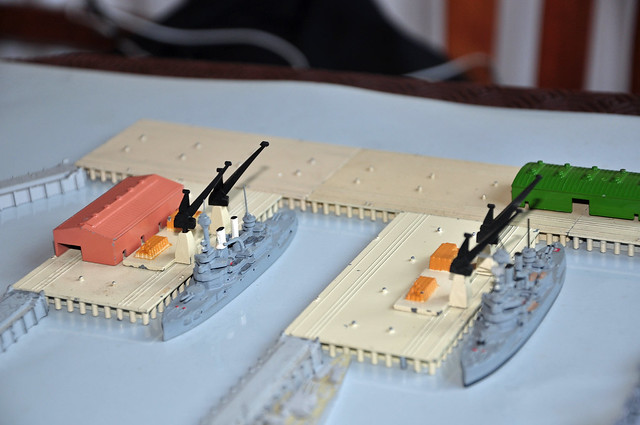 The Schleswig-Holstein earned her fifteen minutes of fame when at exactly 4.47am on 1 September 1939, her guns shelled a Polish garrison in Danzig – the first shots of WW2 had been fired… 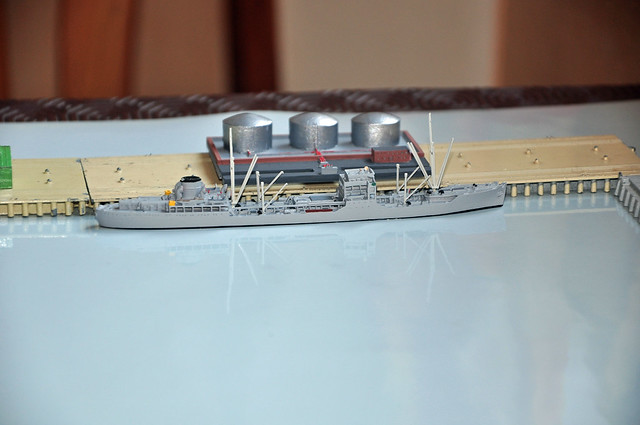 The German supply ship Altmark, famous for supporting the Admiral Graf Spee, and in February 1940 for the “Altmark Incident” in a Norwegian Fjord.  On 30 November 1942, an accidental explosion in Yokohama, Japan blew the ship (renamed Uckermark) out of the water,  and sank the German armed raider Thor and an Australian passenger liner Nankin which the raider had captured. 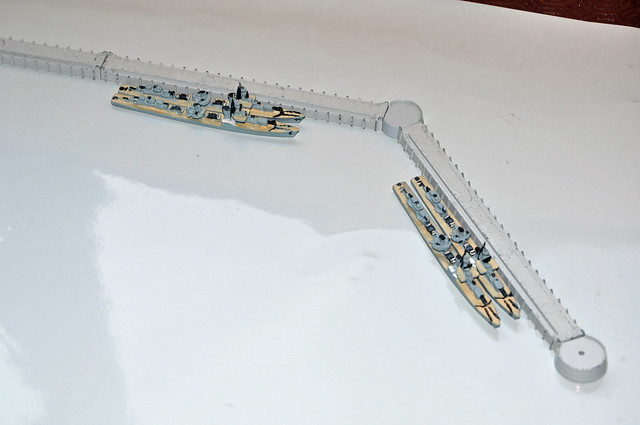 Youth, talent, hard work, and enthusiasm are no match for old age and treachery.