Alright, it’s time for the next episode of Royals in Helmand! In the last mission, Corp and the boys saved the village of Tashur from the evil clutches of the Raven and his Taliban henchmen. It’s now 7 May 2011, six days since the last fight. After a couple down days and several patrols with no contact, trouble is brewing again.

This mission is pretty similar to the last (as I was playtesting I didn’t really put a lot of thought into the scenarios, just lined them up and fought it out). Corp and his men are out on foot patrol when a local farmer approached to inform them a Taliban cell was up ahead in the village of Lisham. Corp brought the boys together and formed a plan of action then moved on the village, intent on evicting the unwelcome guests from the village. 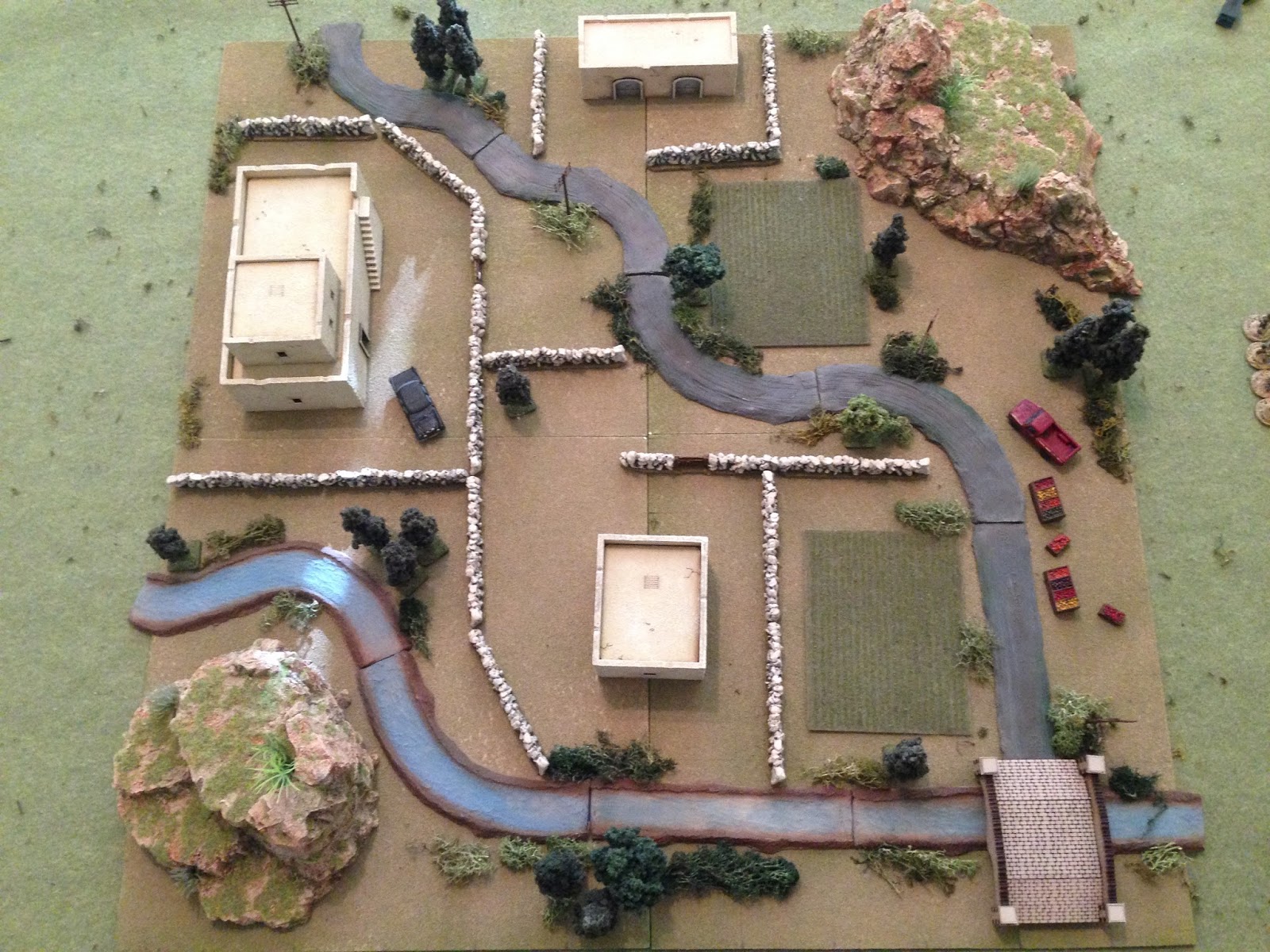 Overview, north is up. The Royals will enter from bottom right, attacking into the village of Lisham. There are rocky outcroppings in the southwest and northeast, and a river running roughly west to east. The river is fordable along its length, though with a movement penalty. There are several fields and trees present, and stone walls throughout the village. These are low walls, maybe four feet high, not the customary eight or nine foot walls often seen in Afghanistan. A severely potholed hardball road runs through the village.

To see how the fight went, please check the blog at:
http://blackhawkhet.blogspot.com/2016/07/royals-in-helmand-fight-2.html