First up, a couple admin notes:

1. We’re changing the script. First, I’ve been using 45 Commando as my unit, and that’s a real unit. It happened because I wasn’t planning on a campaign and I thought it was cool to throw in, but I’m not a fan of using real units for a lot of reasons, in particular because these brave men (and women? I don’t know if the battalion has women or not) are still in harm’s way. So, the unit we are following is now a rifle section from 27 Commando, Royal Marines. Second, I’m backing this whole thing up; this started as “Royals in Helmand (Province)” in 2011, but now I’ve got bigger plans. So this is now 25 Commando, Royal Marines in Parwan Province, May 2002. I plan on following these brave lads through this tour in Afghanistan, then the invasion of Iraq in 2003 against Saddam’s troops, then in peace-keeping operations in Basra, Iraq (not sure which year yet), then we’ll do Helmand Province in Afghanistan, then maybe look at Libya during the Khaddafi takedown, and maybe even Syria versus ISIS. So we are now in Afghanistan, based out of Bagram Airbase, in 2002.

2. A lot of folks have been asking me what changes I’ve made to “Five Men At Kursk” to ‘modernize’ it a bit. My changes are in this blogpost, on the blog.

It’s now 24 May 2002*, twelve days since the last fight, and the section is out on a presence patrol, showing the flag and keeping the peace, looking to warm the populace up as the first elections are drawing near. A day that would be known as Black Friday for the Marines of 27 Commando… 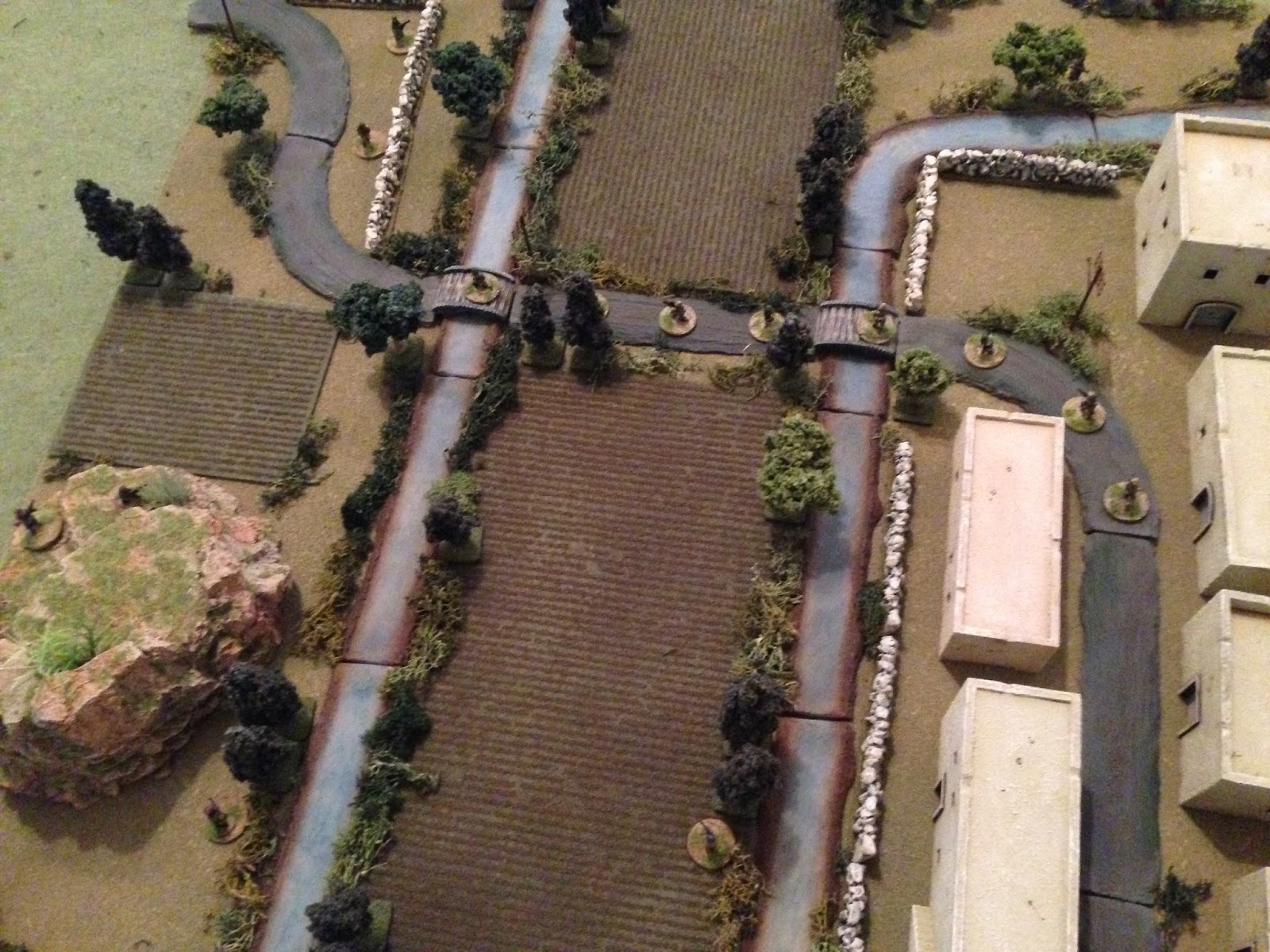 The patrol moves up, and enemy troops come on the table. Overview of map, north is up. There is a village at right, an outcropping at bottom left (southwest), a smattering of trees, bushes, and cultivated fields, a hardball road running southeast to northwest, and two canals fordable by men, but at a movement penalty. There are also a couple stone walls in play, serving as hard cover.

To witness the carnage, please check the blog at:
http://blackhawkhet.blogspot.com/2016/07/royals-in-parwan-fight-4.html

Well, I don’t hope you liked it, but I hope you enjoyed the game. I’m caught up, now to get some more fights in this coming weekend.