I tried out a scenario from the book for the first time, but since it was over so fast, I managed another game as well:

The scenario was deliberate attack from the HW book, the mysterious Invaders attacking the SADU on forest world, trying to gain a foothold. 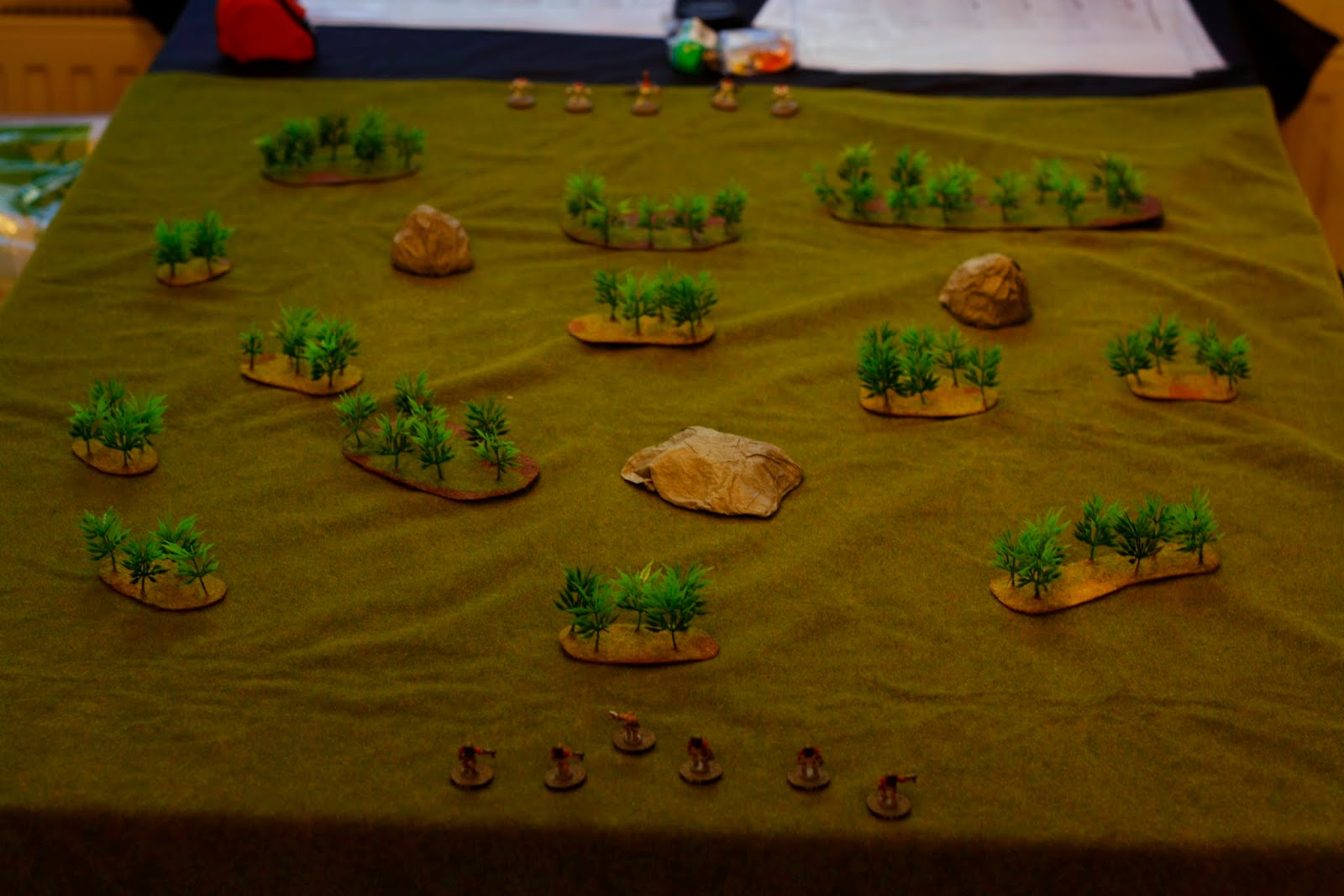 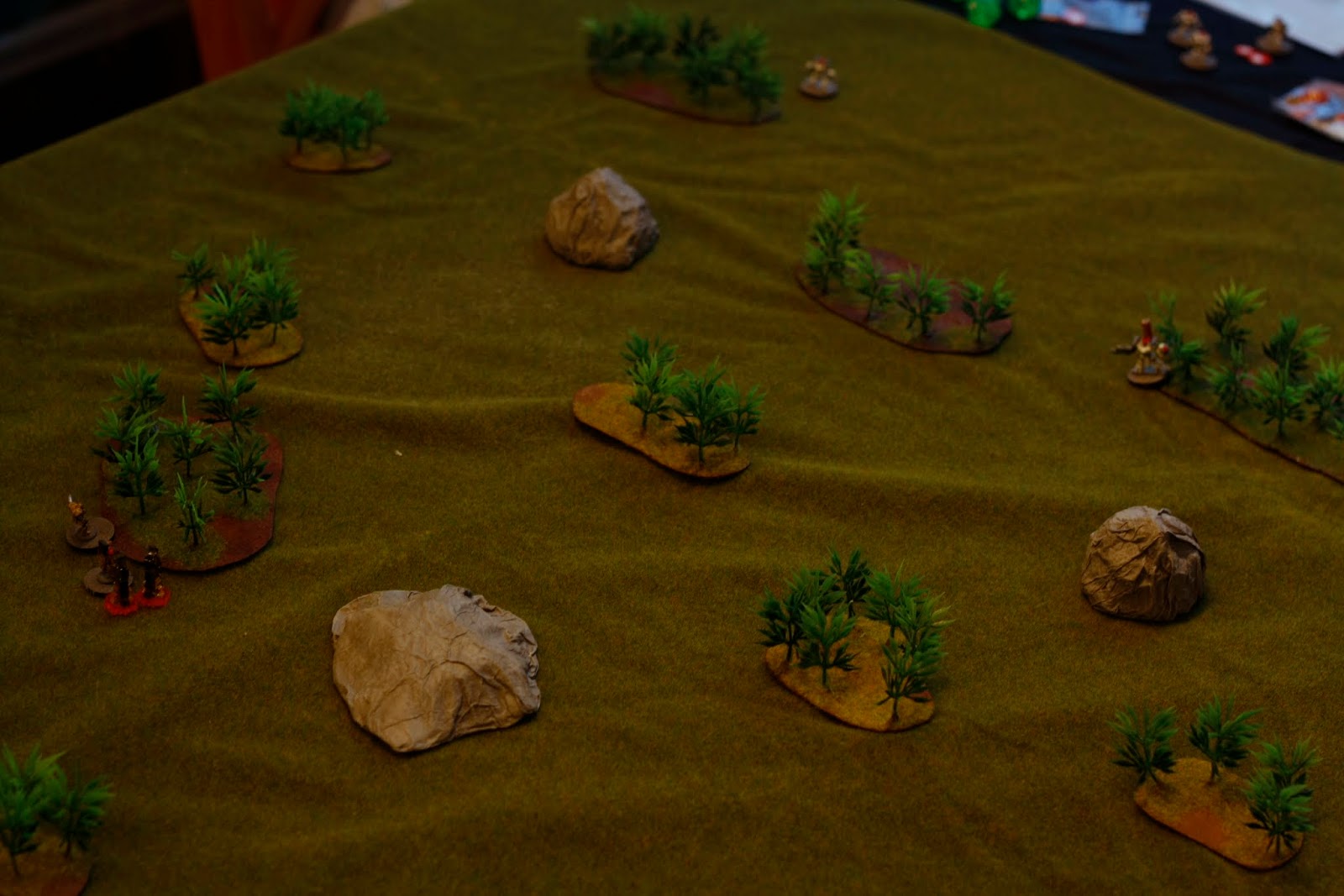 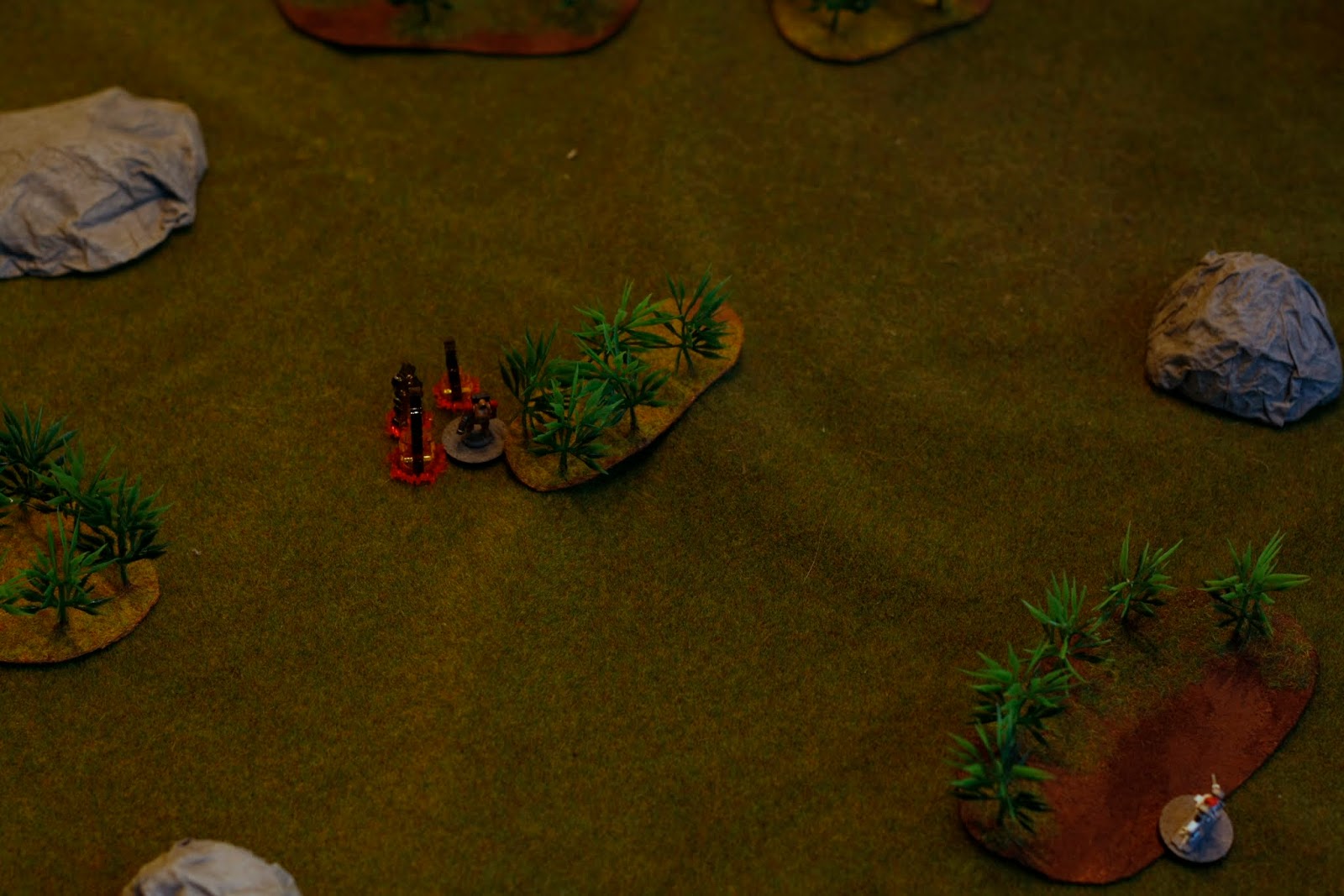 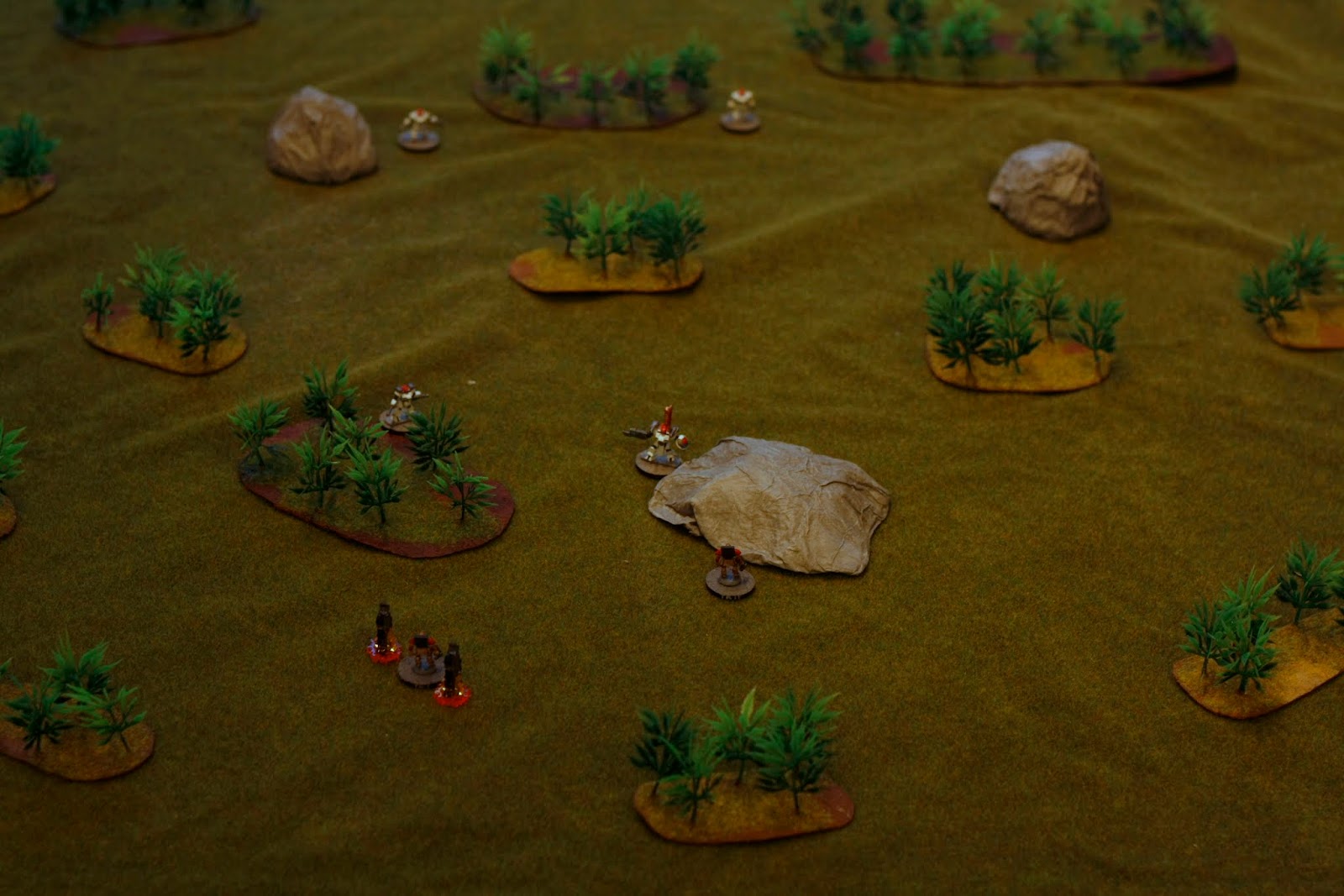 The game was over by turn 2, when the Invaders had broken through the SADU lines, and taken out the CHQ to boot.

The second game was a straight-up fight, and was far more even: 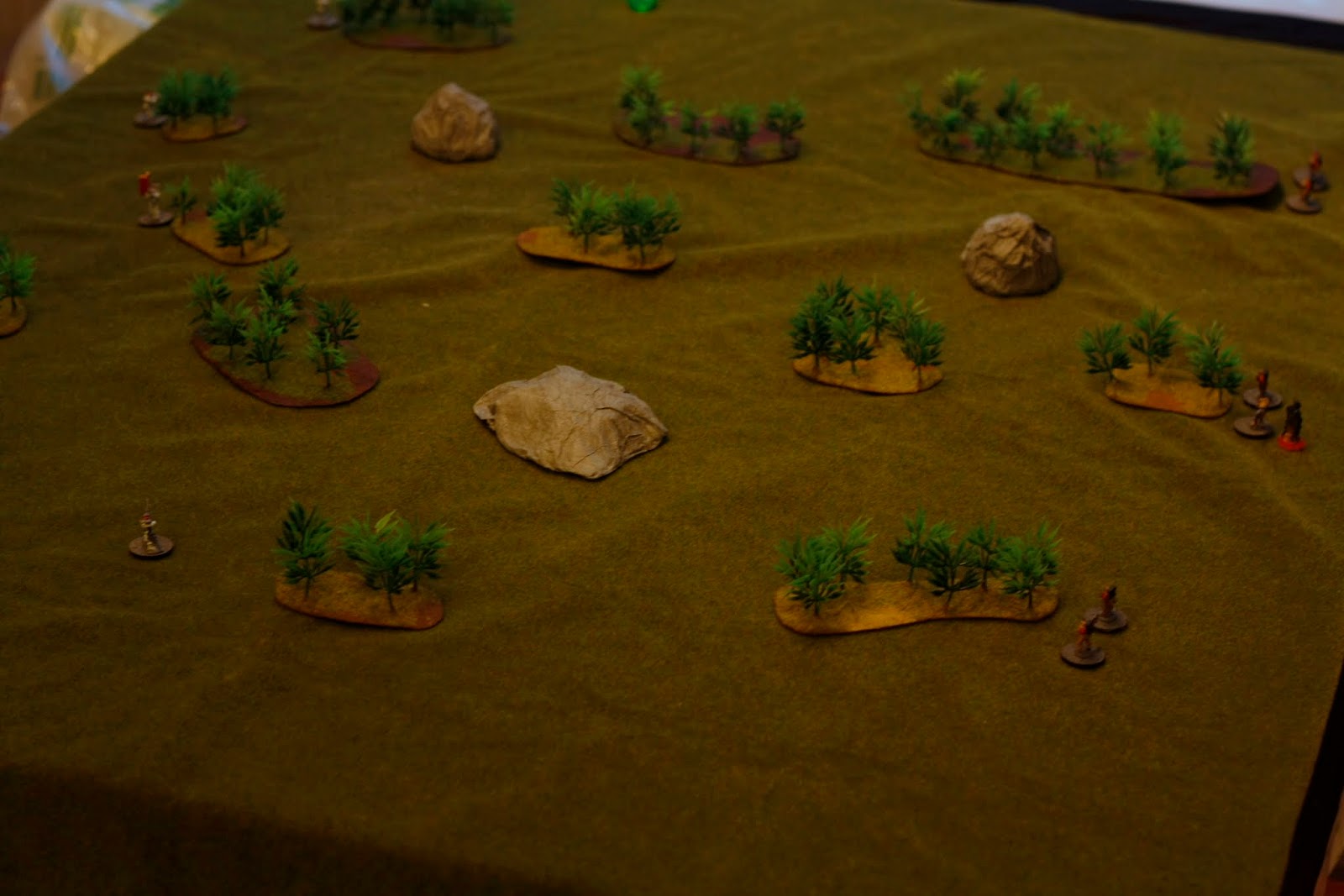 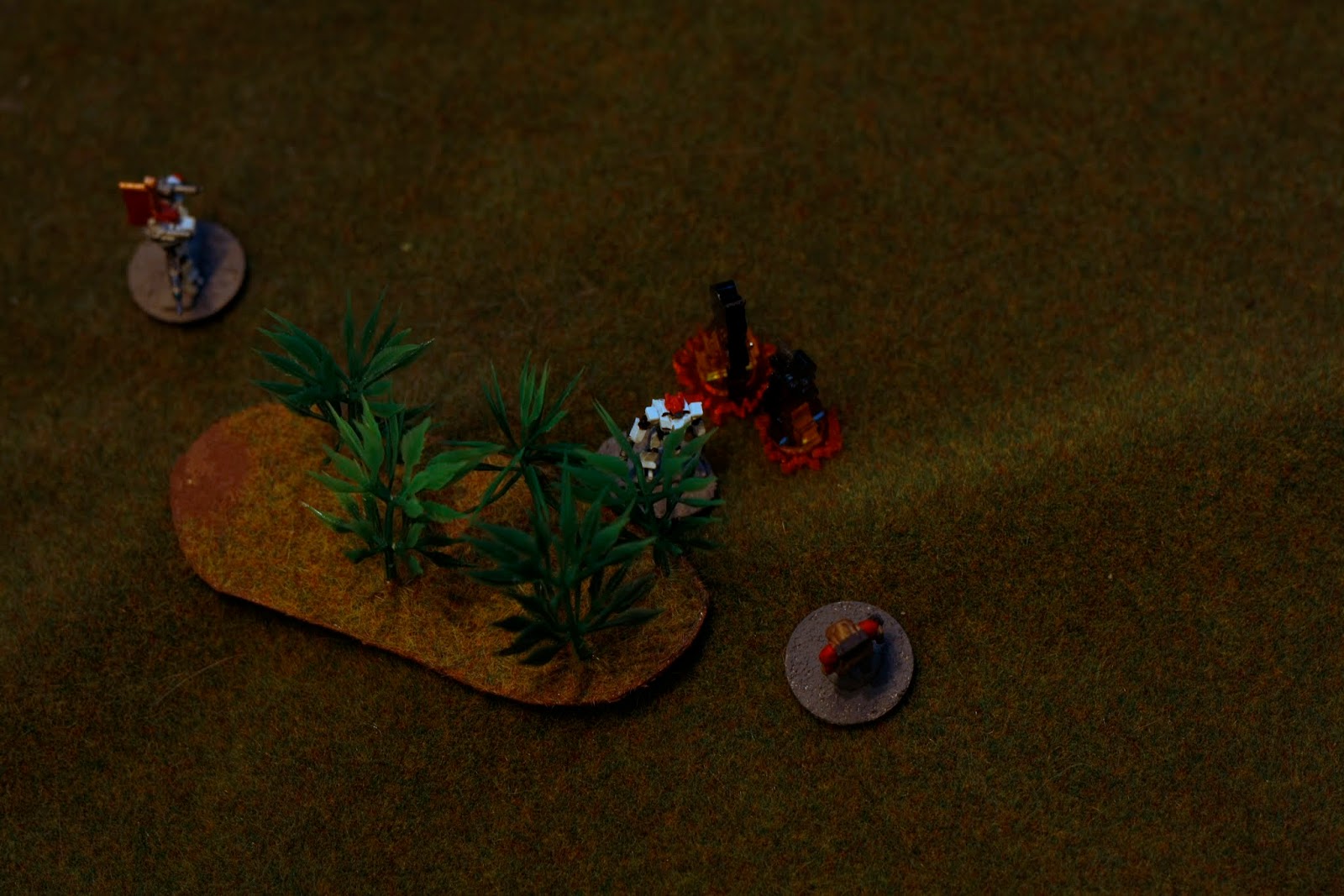 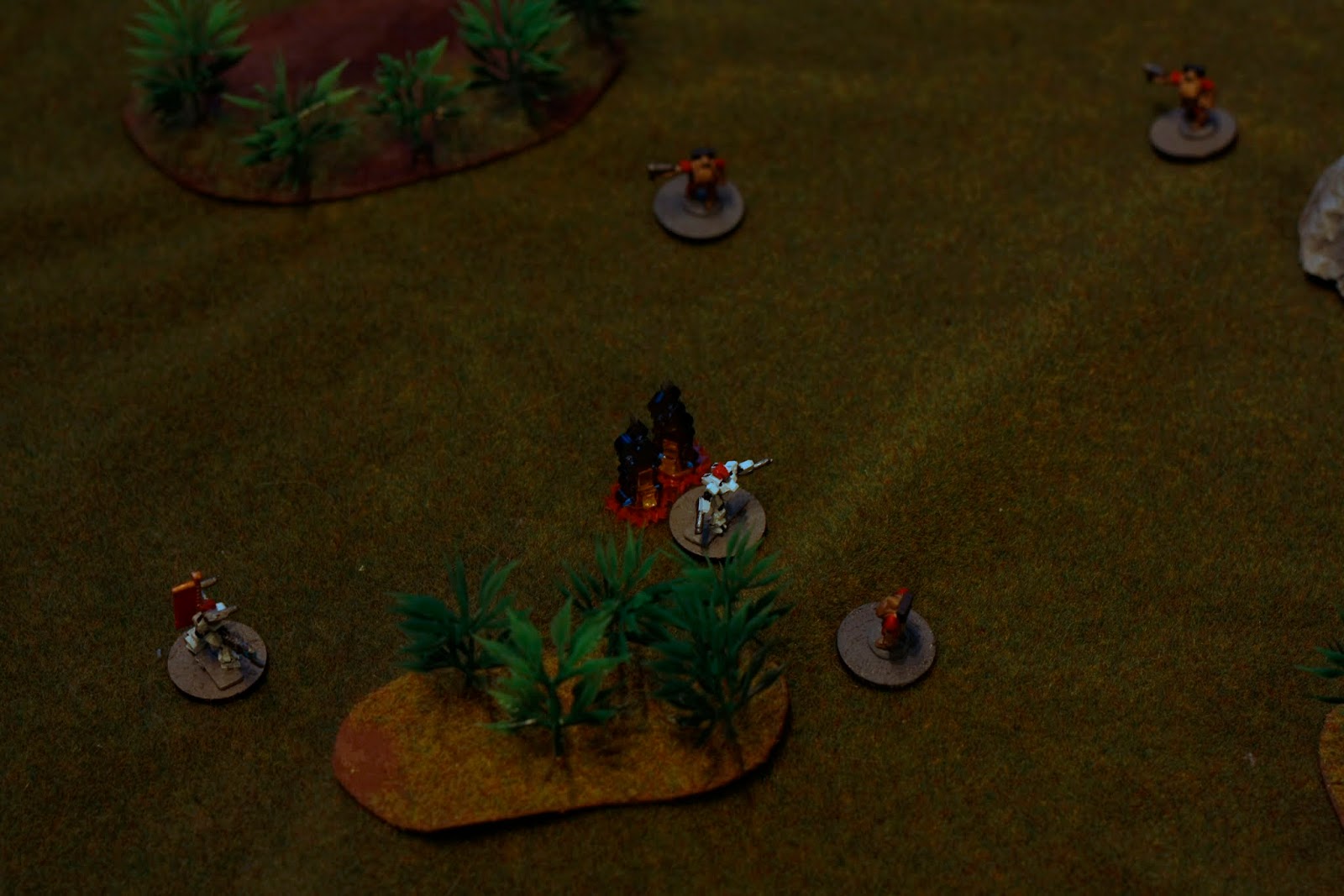 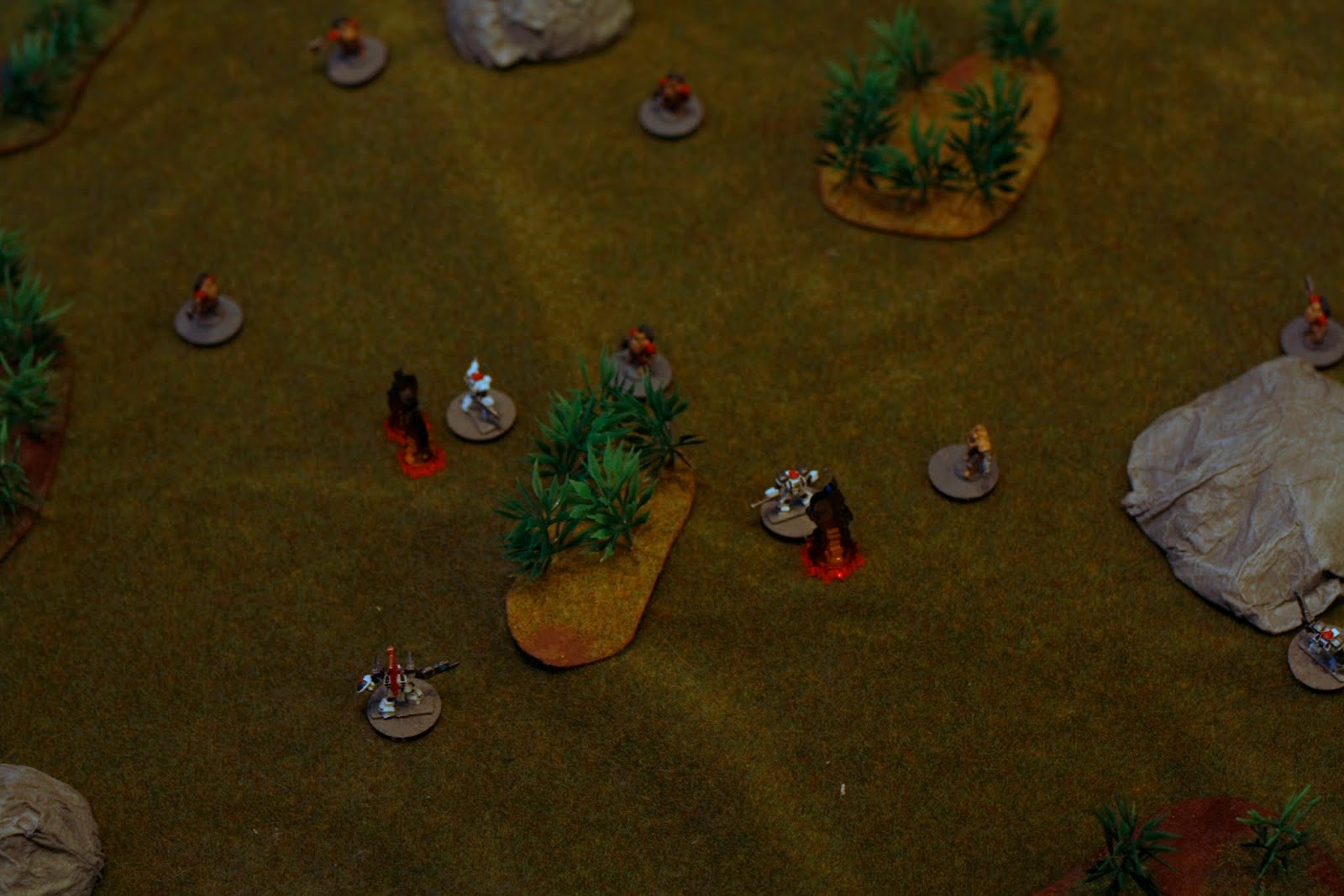 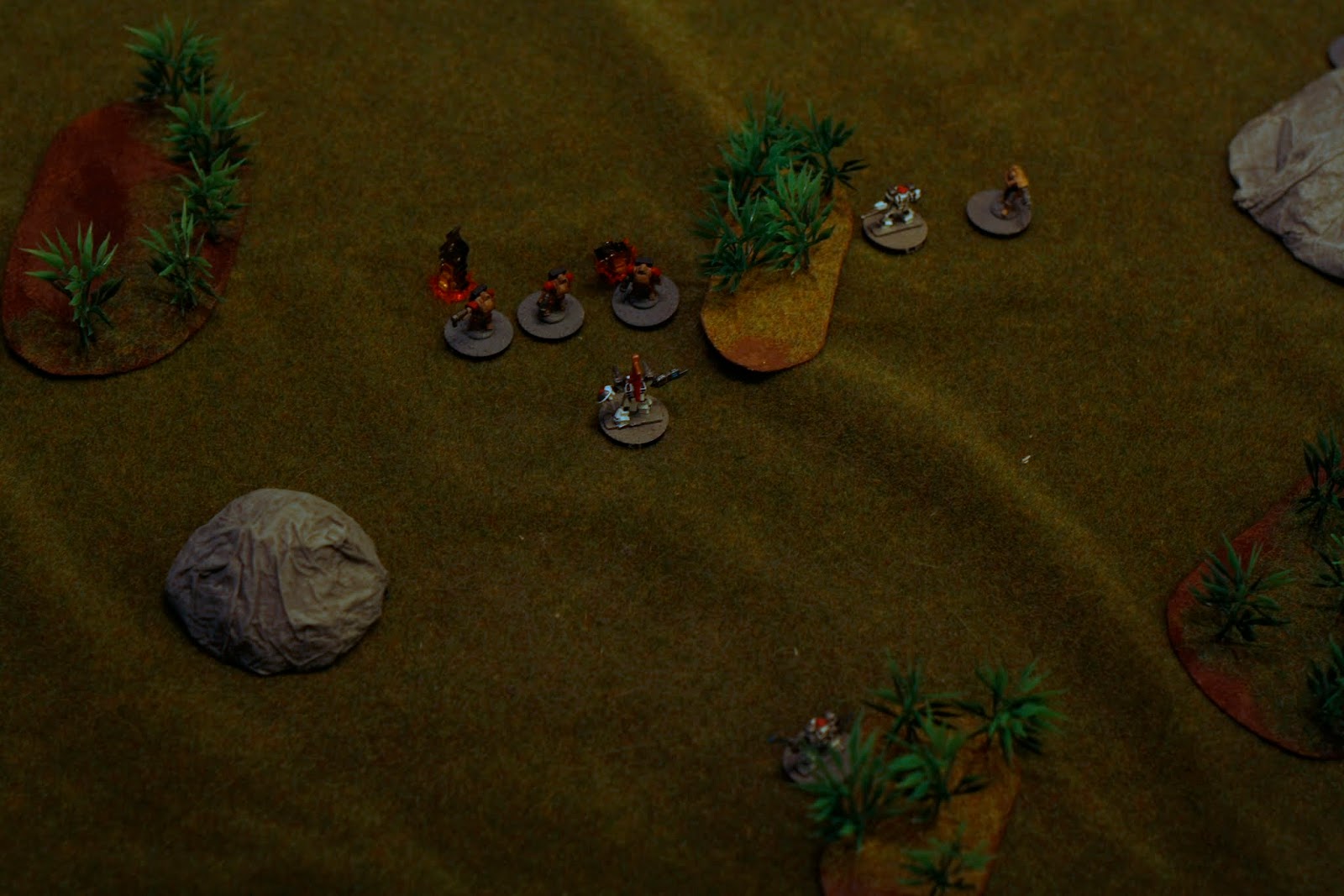 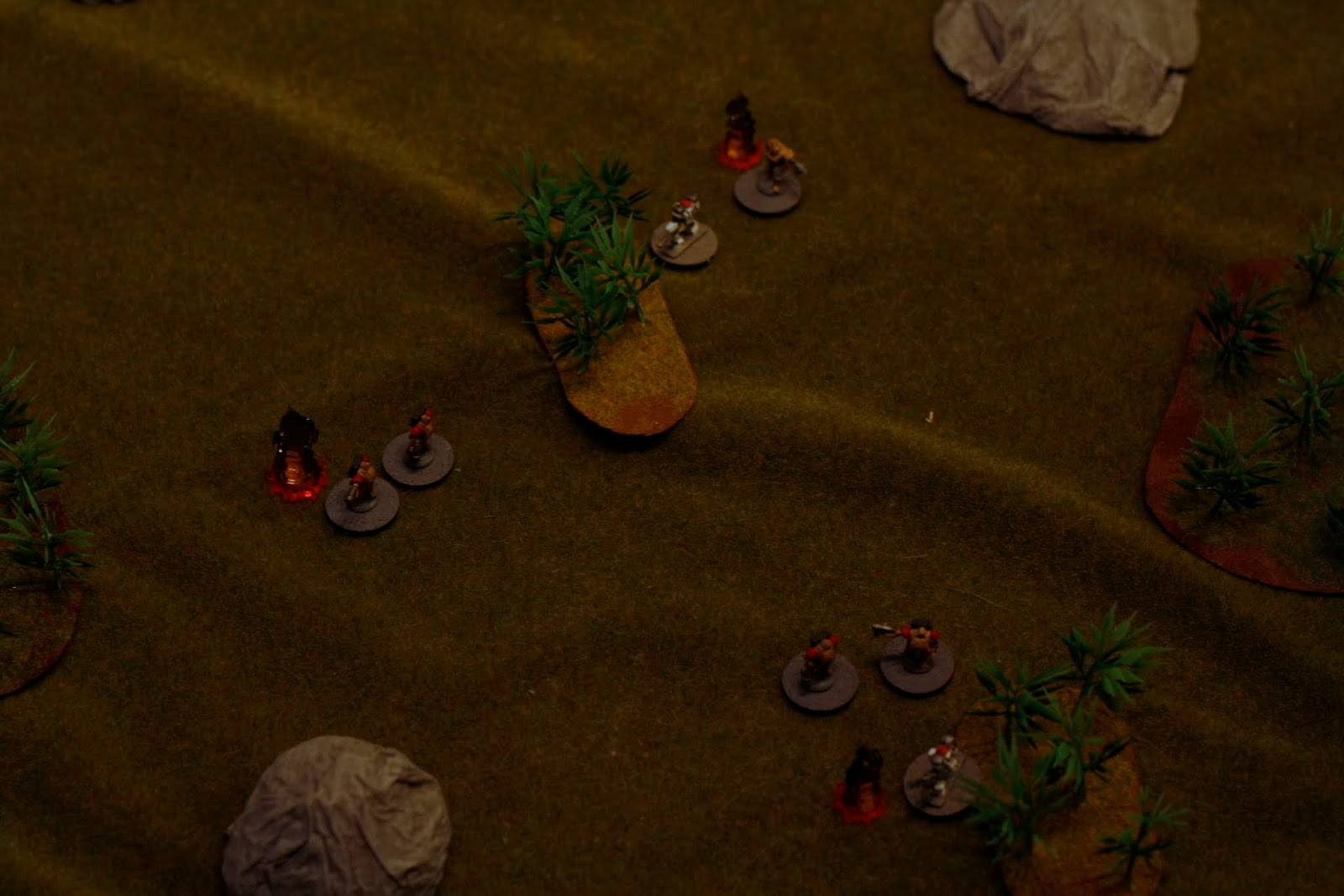 But by the mid 3rd turn, the Invaders were clearly losing, and diceded to fall back before loosing all their elements.

These is a blow-by-blow report on the blog, along with more pics: http://lasersandbroadswords.blogspot.se/2016/07/invaders-on-horizon-set-of-horizon-wars.html