It’s now 20 June 2002, seventeen days since the last fight, and Royal Marines are in Kabul.  They escorted Pasha Gul safely to the Loya Jirga, and maintained security for it (as part of ISAF) until its close on 19 June 2002.  But with their protection mission completed the Section is looking to visit the merchant recommended them by Pasha Gul, the man that can tell them who ambushed them and their location. 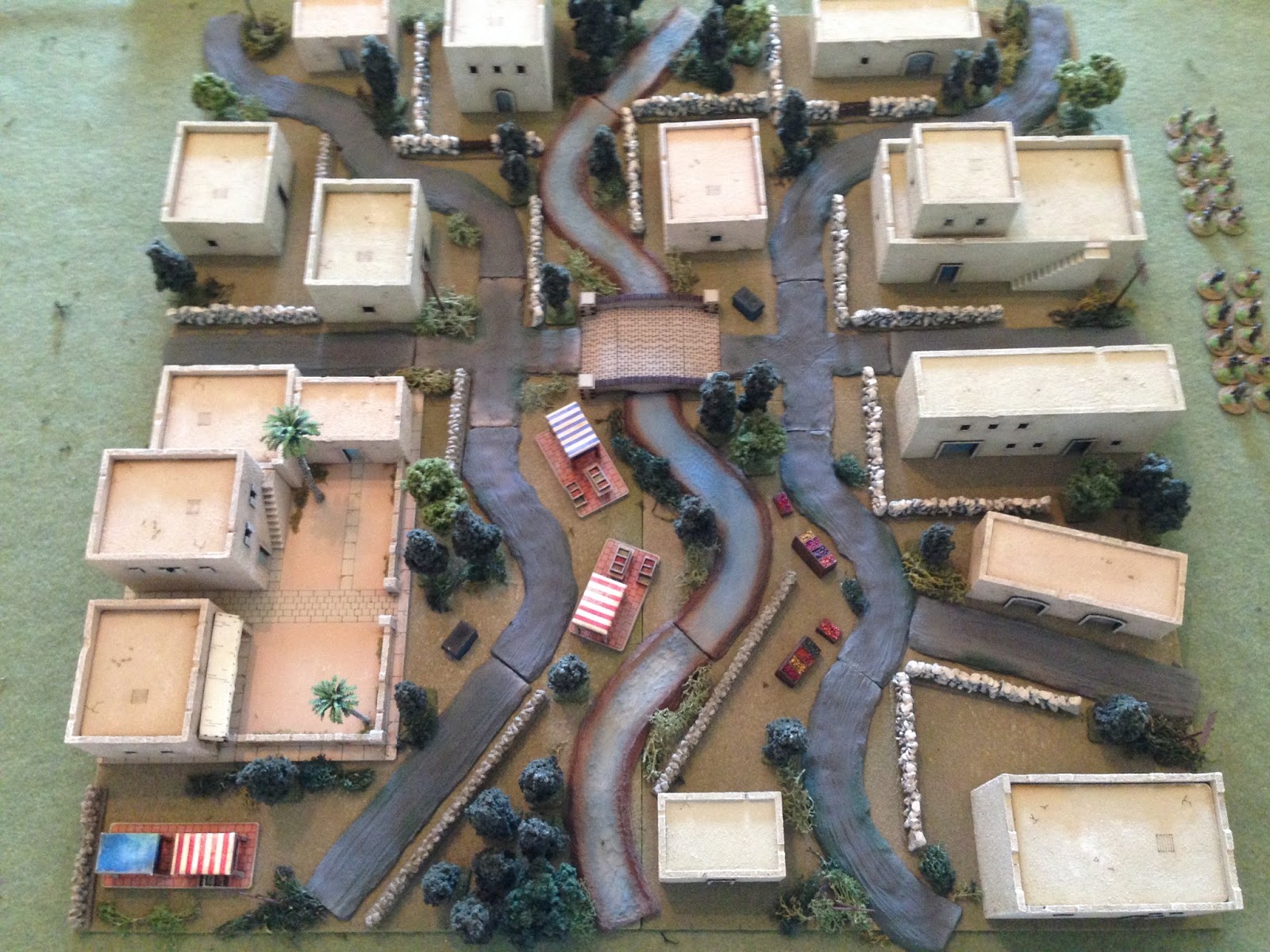 The outskirts of Kabul, north is up.  A built up area with a canal running north-south down its center, the Marines will enter from the east (right), looking to reach the Merchant’s home and place of business, the large compound at far left.  You can also see the forces at right, ten Marines and ten Taliban.

To see how the fight went, please check the blog at:
http://blackhawkhet.blogspot.com/2016/07/royals-in-parwan-fight-6.html

More to come, though first up will be the second Panzer Aces fight from the tank platoon embroiled in Operation Barbarossa.