It’s now 0530 on 3 July 2002, thirteen days since the last fight, and the Royal Marines are on the hunt. It’s early morning twilight, still mostly dark, and soon the sun will rise, and contact is imminent.

While they believe Pasha Gul’s statement that the Merchant could be of use in identifying and finding their ambushers, Sherlock and the boys were a bit reticent about the Merchant’s wife claiming he was abducted by the Taliban at the same exact time the Royals were coming to pay him a visit. So the Section was doing it the hard way; lots of patrols out to meet with local informants, and to identify new ones. The constant patrolling and presence finally paid off; a local stated the Merchant had been spotted in a nearby village, and battalion was able to confirm this via SIGINT.

So the Section mounted out to the village, and thus began three days of constant patrolling, looking for the Merchant and consistently showing up five minutes after he’d just left. They tracked him through the mountains, and through Tamir Pass, but now they had him. The Section had called up support, and the rest of the platoon was brought forward. They formed a circle and began pushing in on the only area the Merchant could be; the only question was, who would find him first? The Section was sure they had him; he’s pinned up against the Neral River, with only two crossings within a few kilometers. The Section split up, with Sherlock taking some Marines north to a fordable spot, and Knocker taking the res towards a small bridge. The other two Sections of the platoon were on the opposite (west) side of the river, closing in on the ford and bridge. 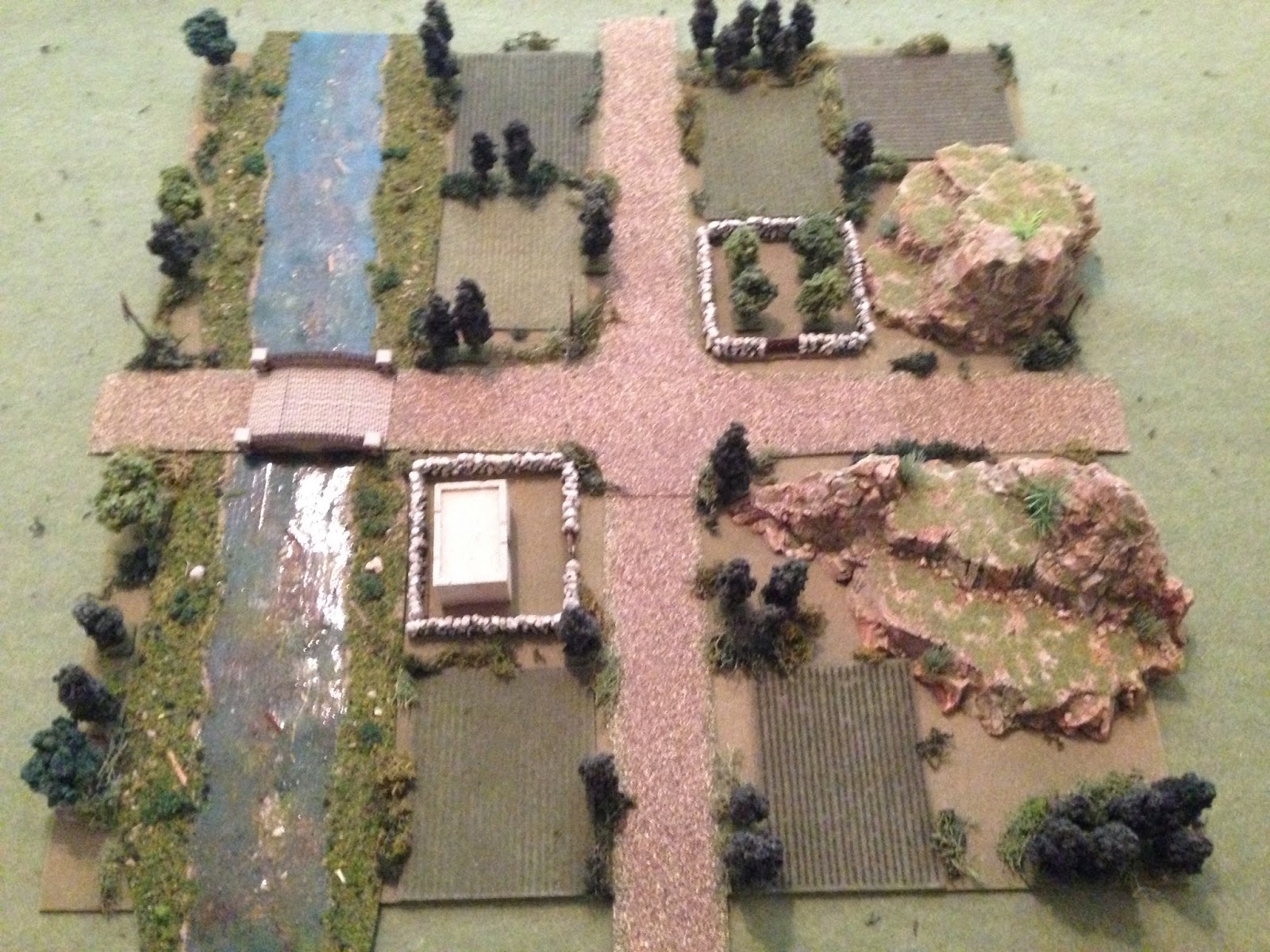 Overview, north is up. The river is at left (west), running north and south, while there are dirt roads crossing the bridge and running north-south. There is a small farmer’s compound just east of the bridge, an orchard just across the street, and the edge of Tamir Pass can be seen at right.

Yep, those are the new roads and rivers. To see how the fight went, please check the blog at:
http://blackhawkhet.blogspot.com/2016/07/royals-in-parwan-fight-7.html

The battalion will soon be ending its deployment, returning to Jolly Olde England, and the Section absolutely wishes to see off their ambushers prior to going home, to get some modicum of retribution. How they’re going to do that is still a bit up in the air, however.