I think we are in the same ball park. 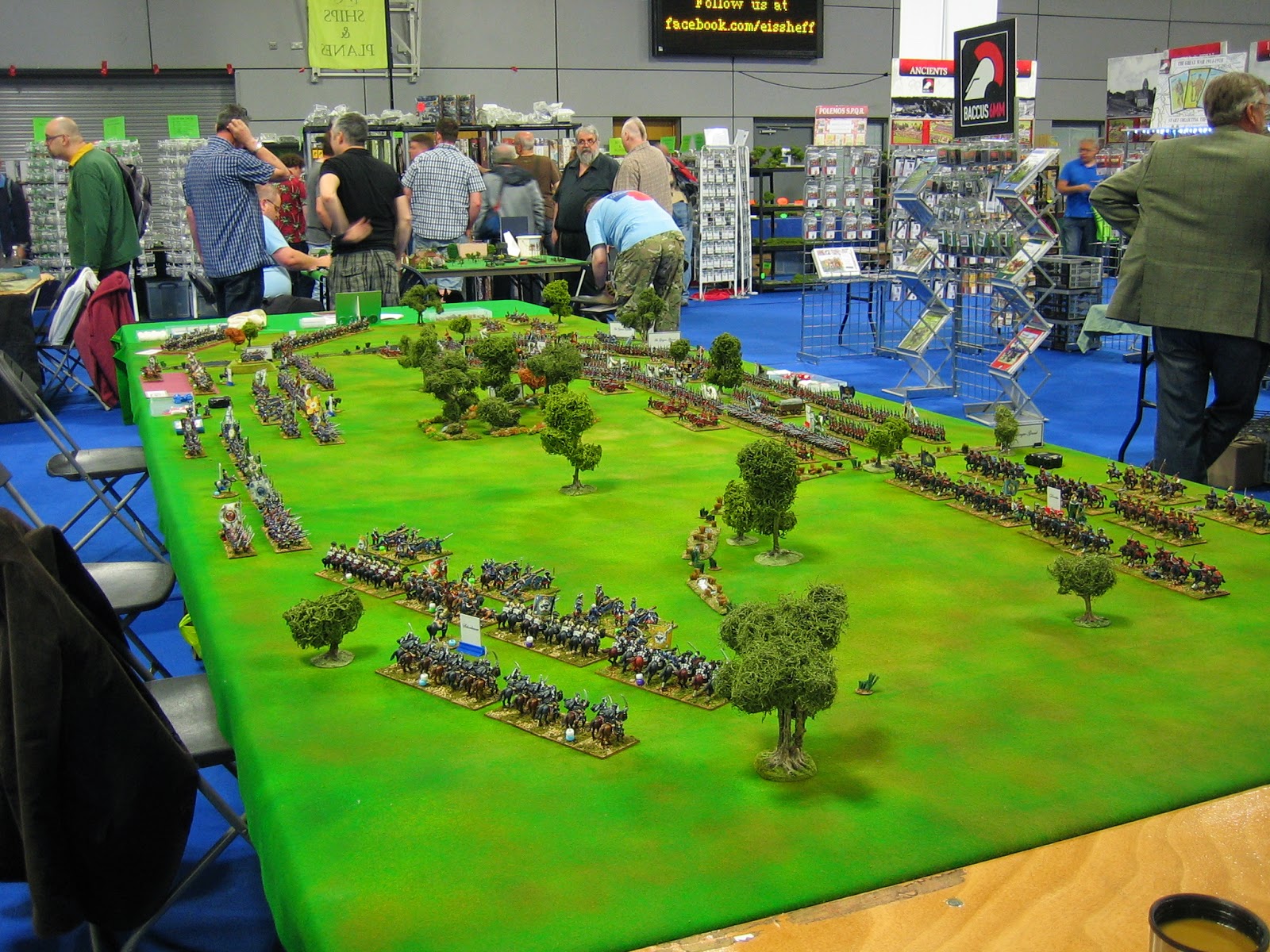 This Zorndorf game had 1600 figures (from memory, roughly 700 Prussians Vs 900 Russians) and one player per side. The table was 14 x 6. It took about 7 playing hours, over two show days, for the two players, plus myself (umpire, extra hands to move stuff, and punter fielder) to fight to a satisfactory conclusion. I call this a big game. A gigantic game would be much bigger. This size of game is usually great fun. I used to think that a bigger game was always going to be a better one; now I think that games have an optimum size and this is at the upper end of that. Funnily enough, I think that more players often make games worse. I think that three or four per side is the absolute limit and two is optimum – more than that and the game tends to go at snails pace, one or two players get stuck with a boring table sector and, for some reason, simple discussions can become arguments (because you can’t please all of the people all of the time?).