Reply To: Fight in the Phillipines, Dec 41

It’s 1530 on 24 December 1941, and 1st Platoon is tasked with taking Horseshoe Ridge, again.  The good news is that the platoon has gotten plenty of water and some hot chow, and five of their men have recuperated well enough from their injuries to rejoin the unit.  The bad news is they’re heading back to Horseshoe Ridge, where twice they’ve battled the Japanese, taking heavy casualties.

“Christmas Eve, eh Sir?”  “Aye.  It will be all the merrier when we’re sitting atop Horseshoe Ridge, manning our machine guns, with visions of sugarplums dancing in our heads,” the Captain laughed.  “We’d best get to work.” 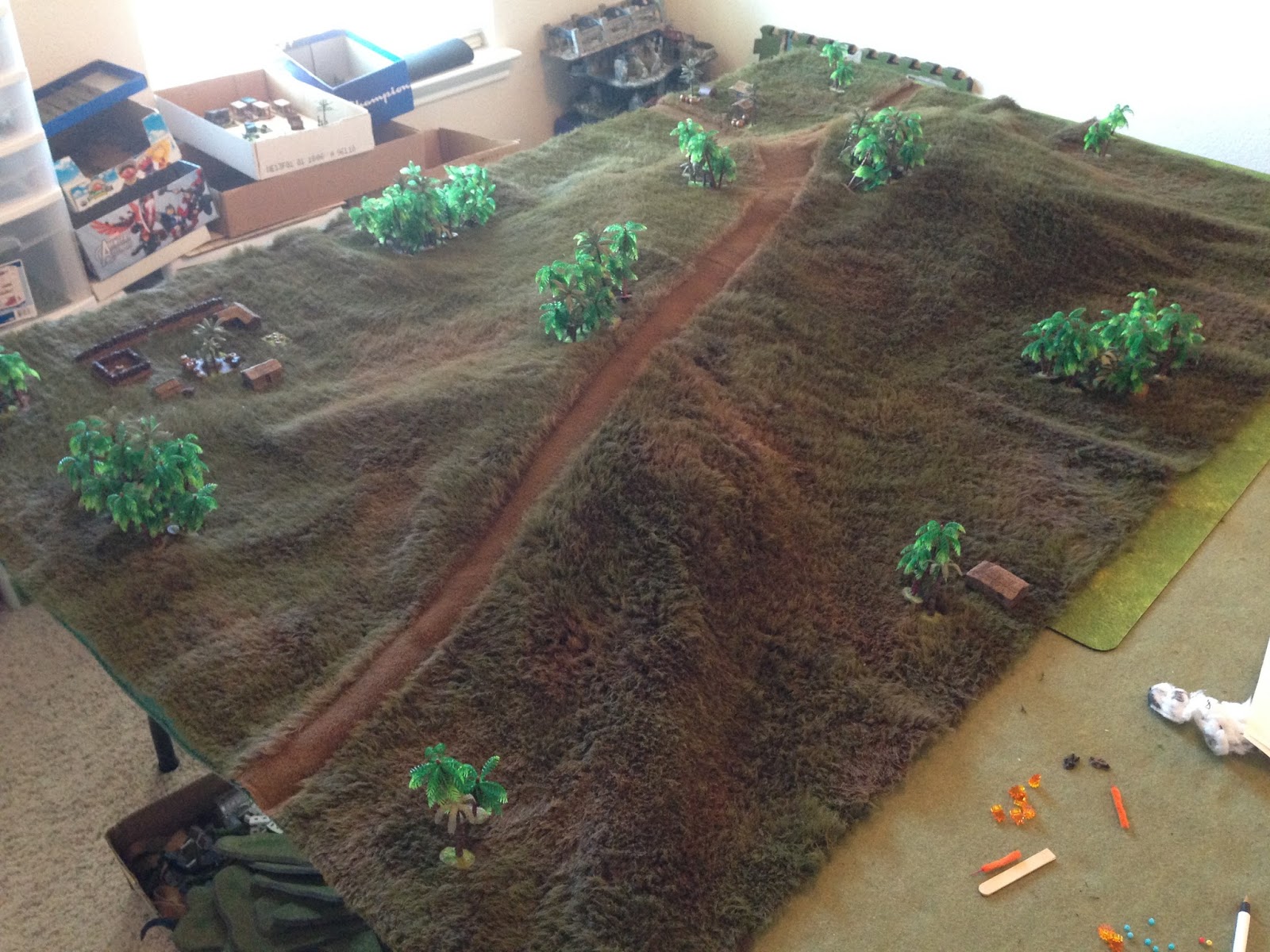 Overview, north is to top left, the entirety of Horseshoe Ridge is displayed, the mass at center, running west (bottom left) to east (top right).  The previous two fights took part on the eastern end of Horseshoe Ridge, at top right.  The Platoon linked up with the Company CP off camera to bottom center several miles, and now is making a push to take the ridge again.  The Marines will enter from the west, the Japanese will be on and around the ridge.  The table is, once again, 6′ x 4’s, and my son and I are playing co-op as the Marines against the Japanese in 15mm, using Ivan Sorensen’s rules, “No End In Sight.” 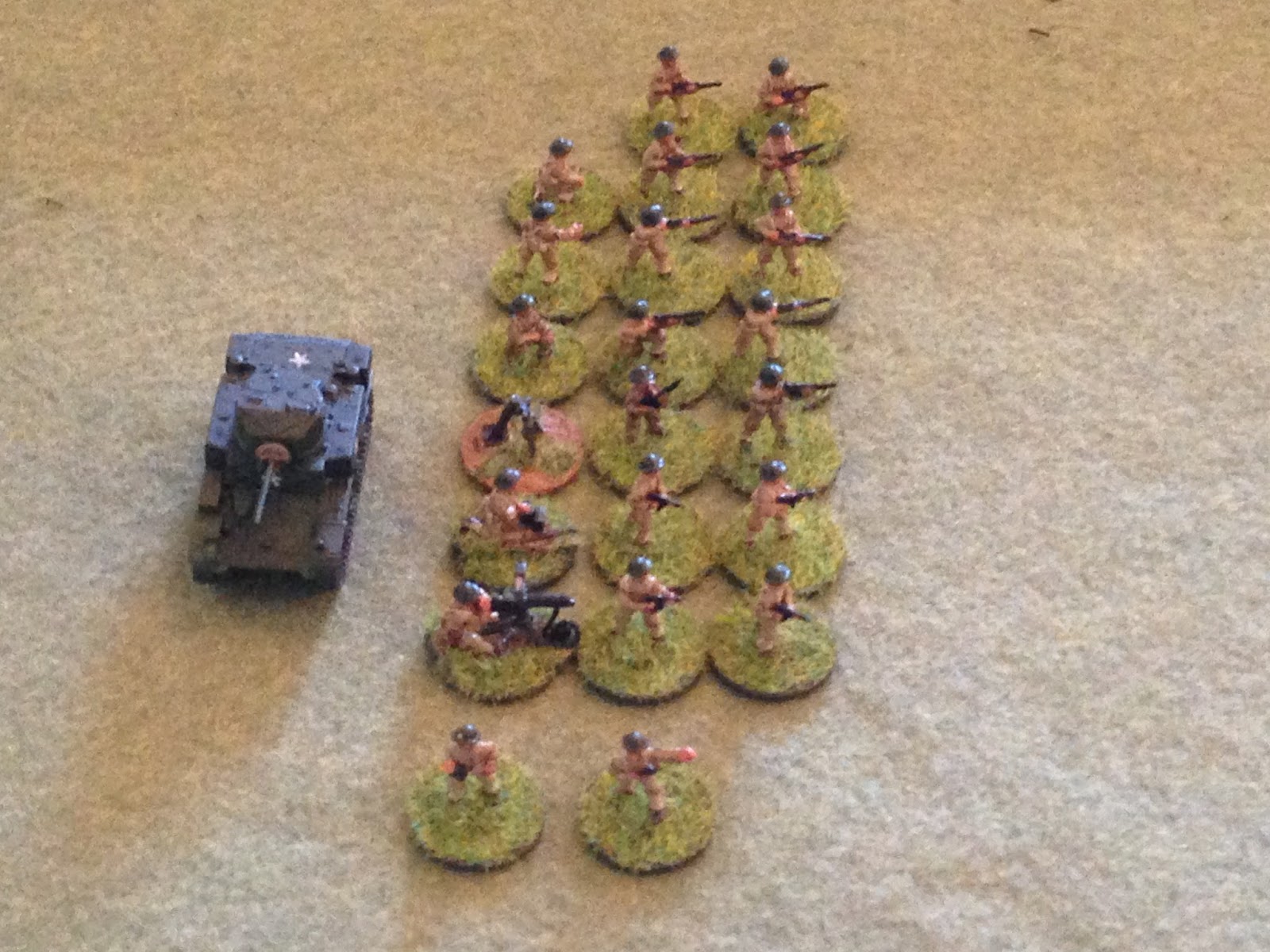 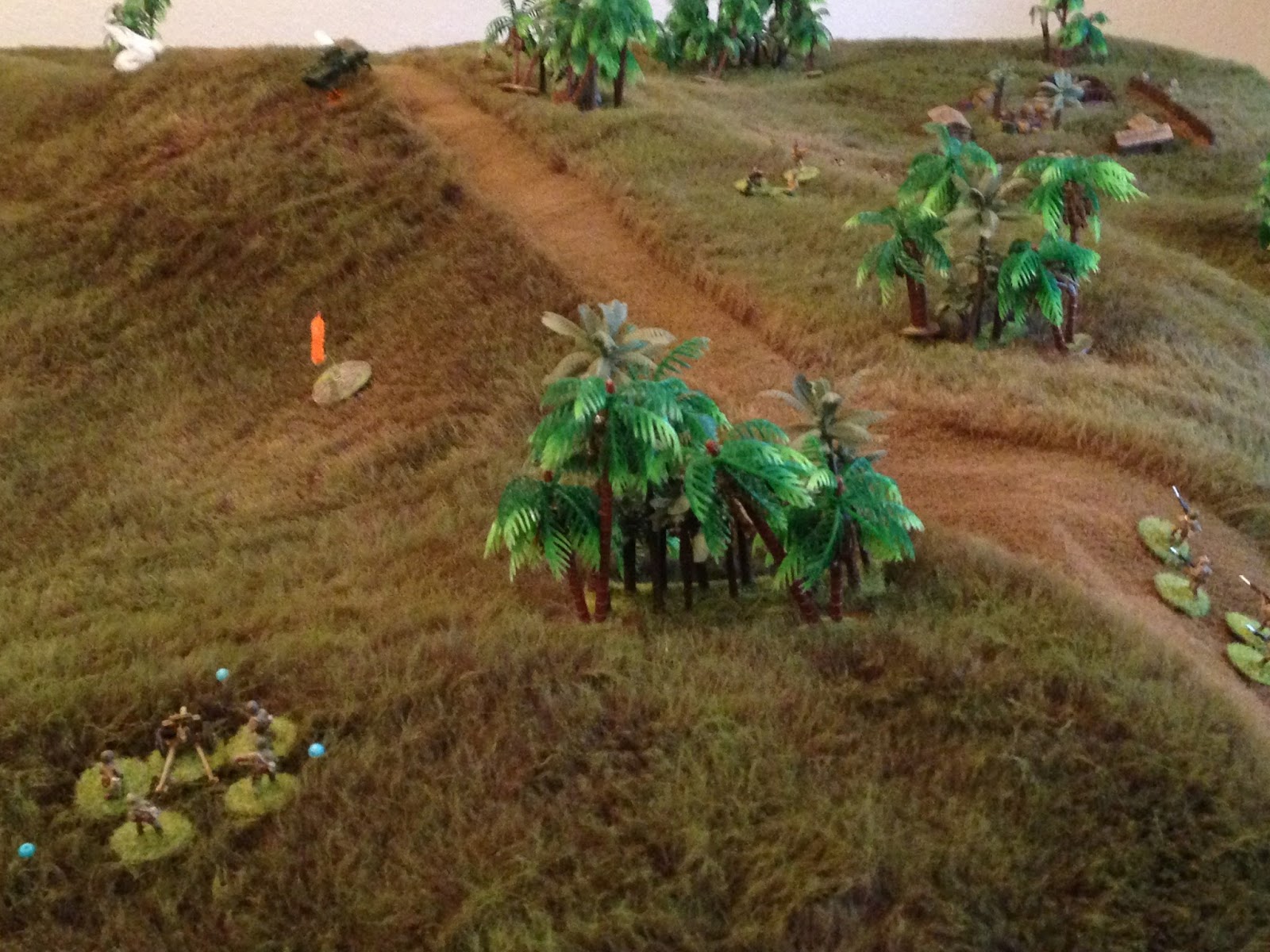 Mortar rounds (blue beads) are targeted all around the Japanese howitzer (bottom left), which is engaging the US tank (top center left), which has just crested the west end of Horseshoe Ridge. 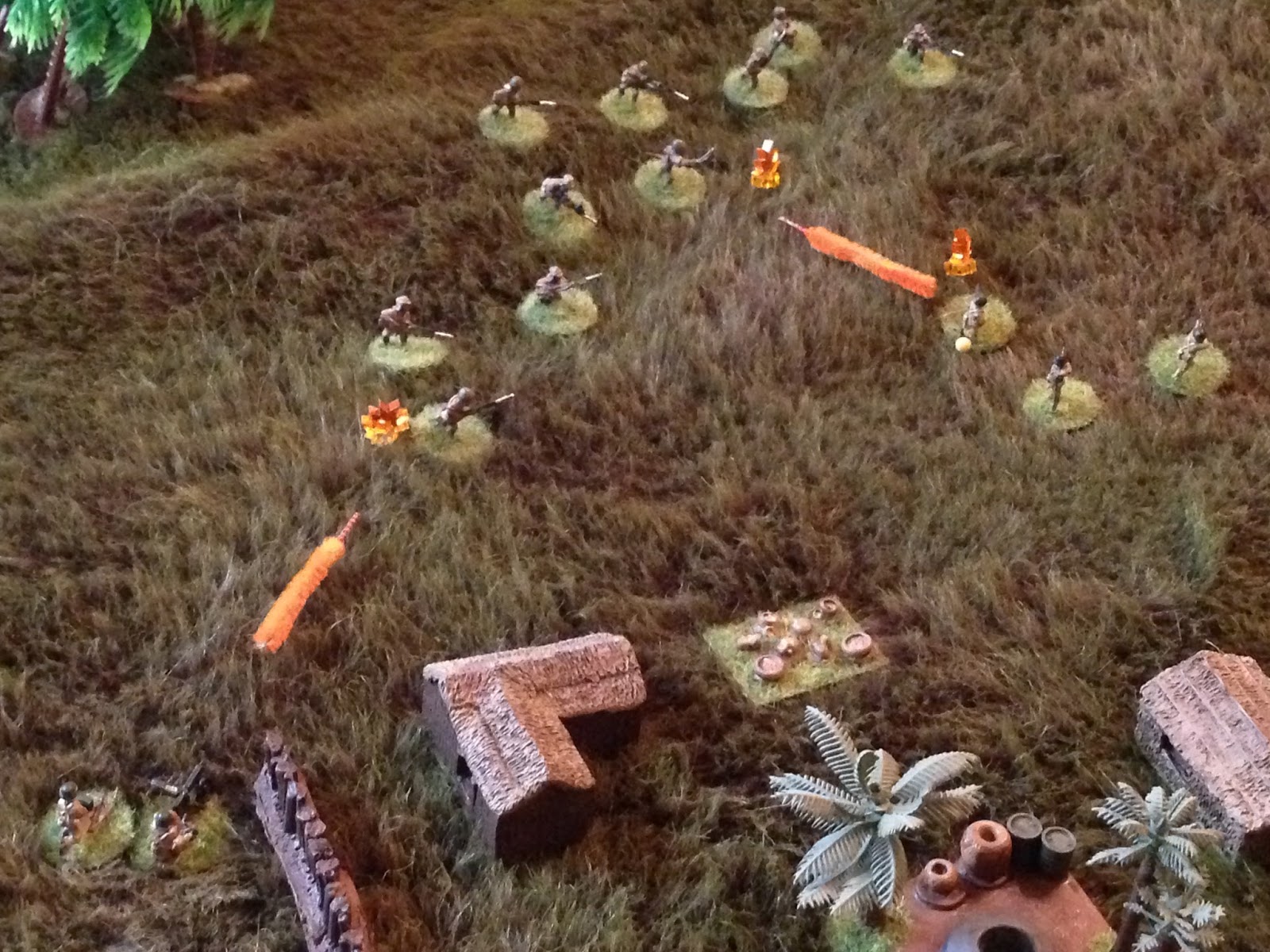 A Japanese Lieutenant leads a Banzai charge straight into US guns.  To see how the fight went, please check the blog at:
http://oldleadbreed.blogspot.com/2017/01/the-philippines-fight-4.html

Cut off by a second Japanese landing at Lamon Bay in southern Luzon, Capt Moon and Sgt Carlson reorganized the platoon, working in replacements from 3rd and 4th Platoons, then sited them in a 360 degree perimeter atop Horseshoe Ridge, and waited for the Japanese counterattack.  It came the following night, Christmas.