So this weekend I tried out Mekatac for use with my giant robots.

Even though there was only two of them with no support for this first one, I think it worked out all right. 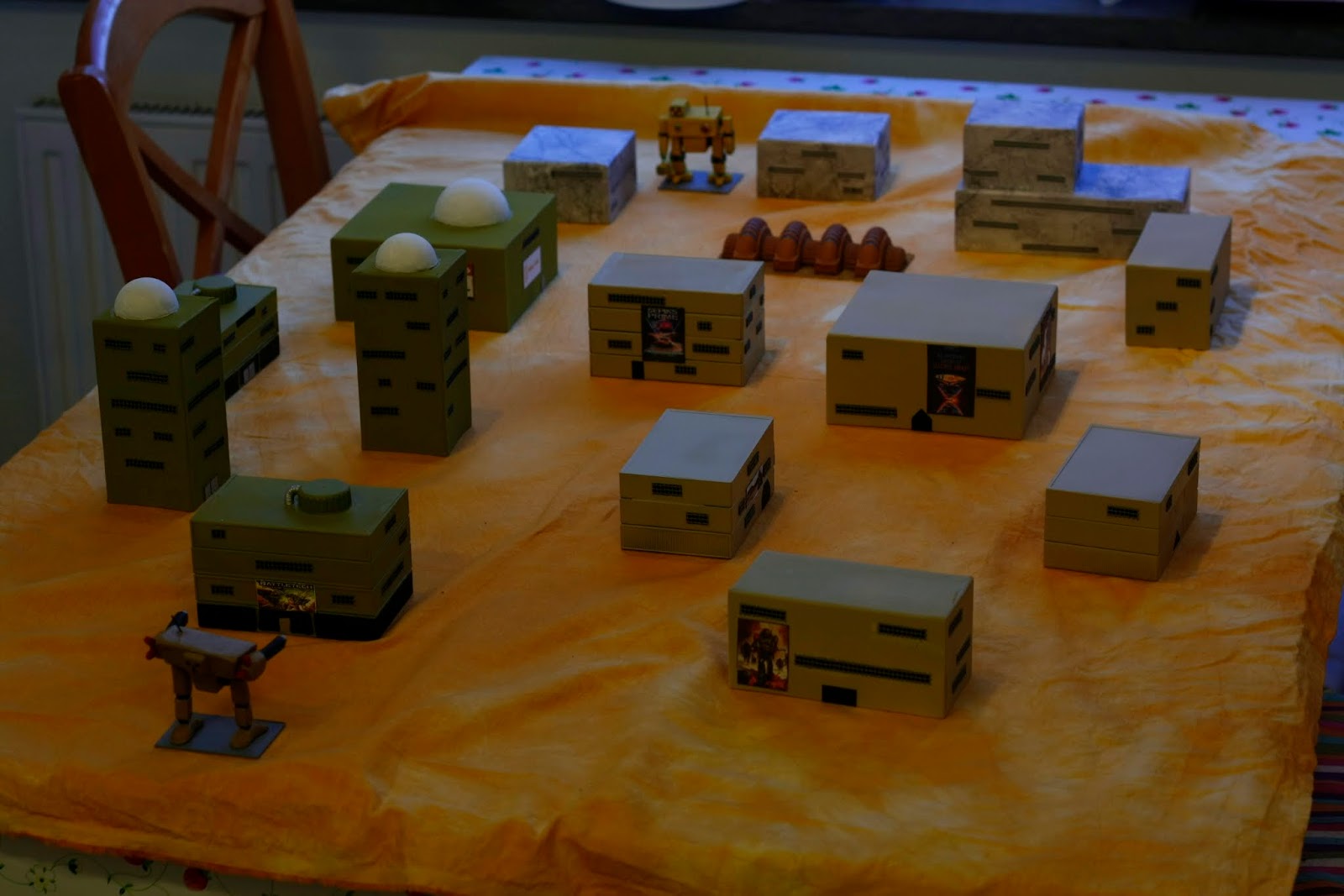 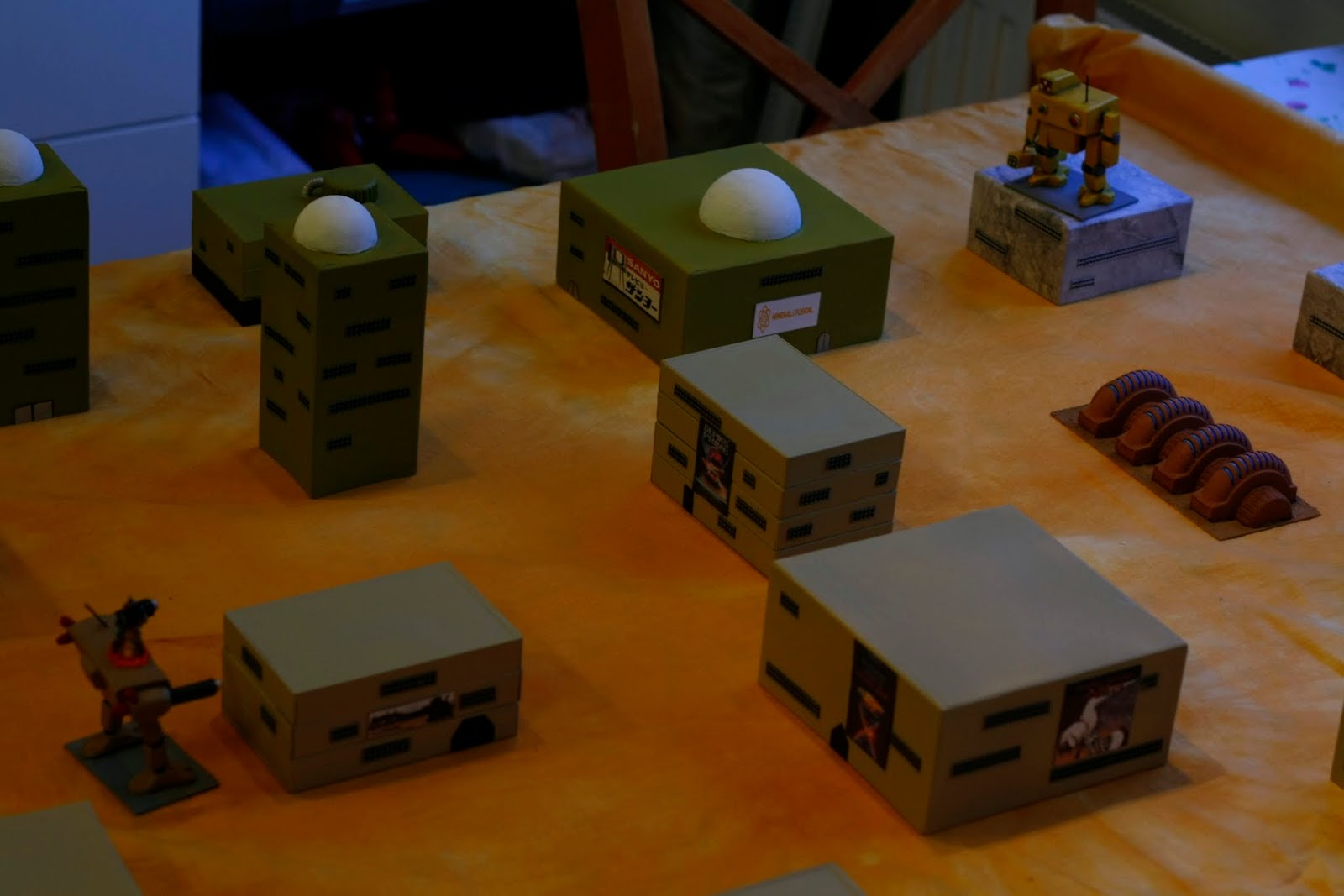 Firebug takes the first hit as the large missile hits him! 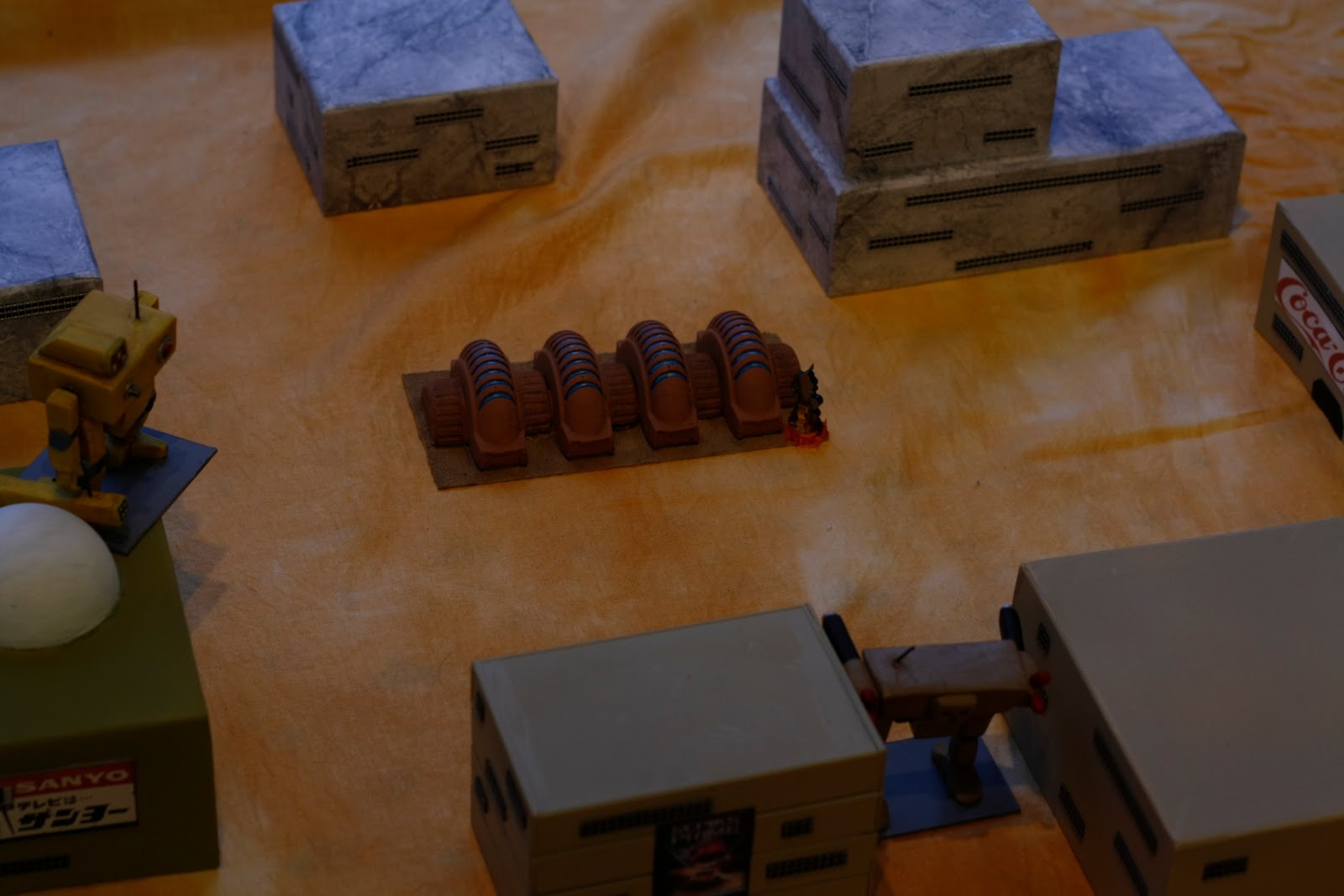 Attacking the generator, and scoring a hit. 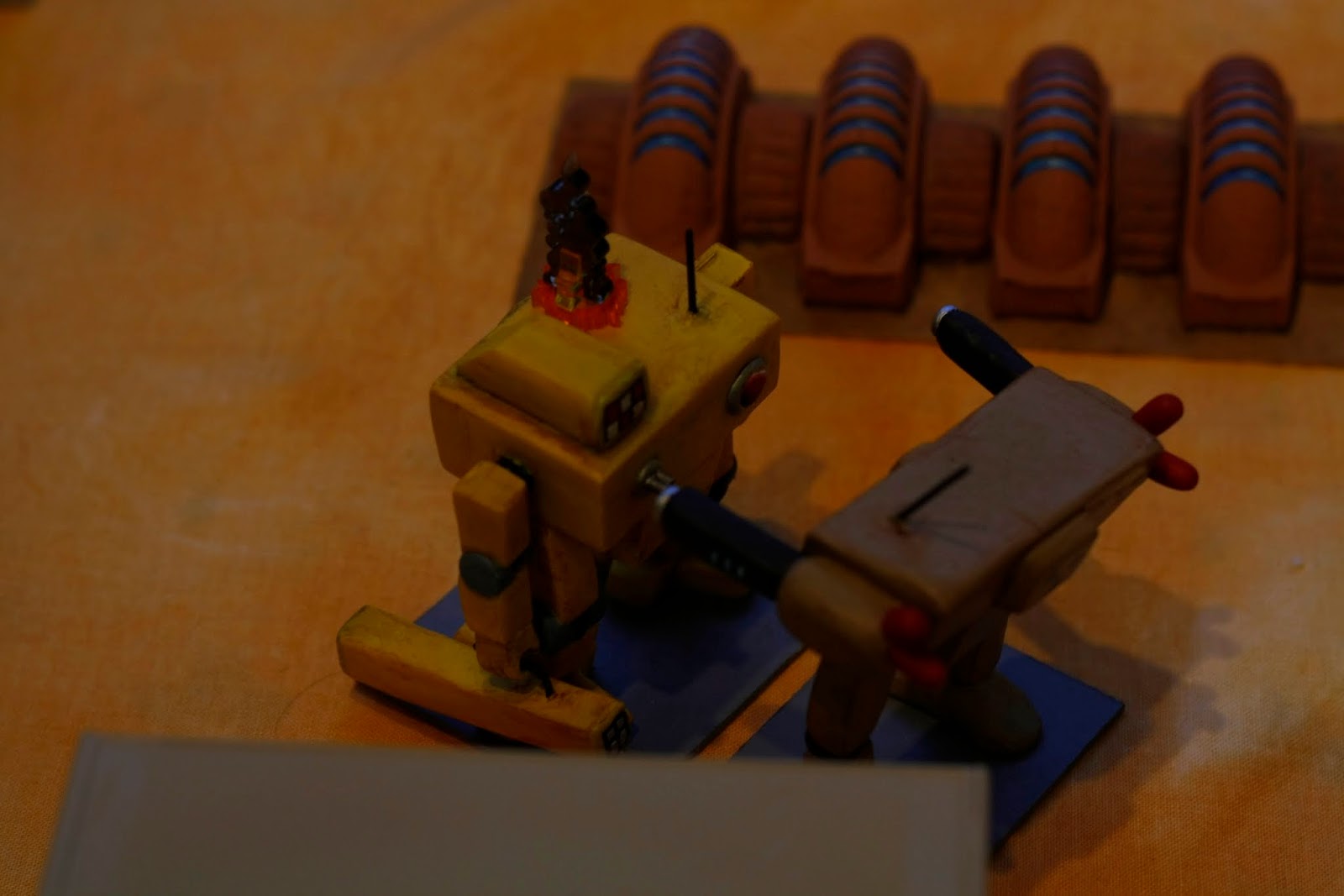 Getting into knife-fighting range, Firebug manages to melt the rotary cannon and blow it’s magazines. 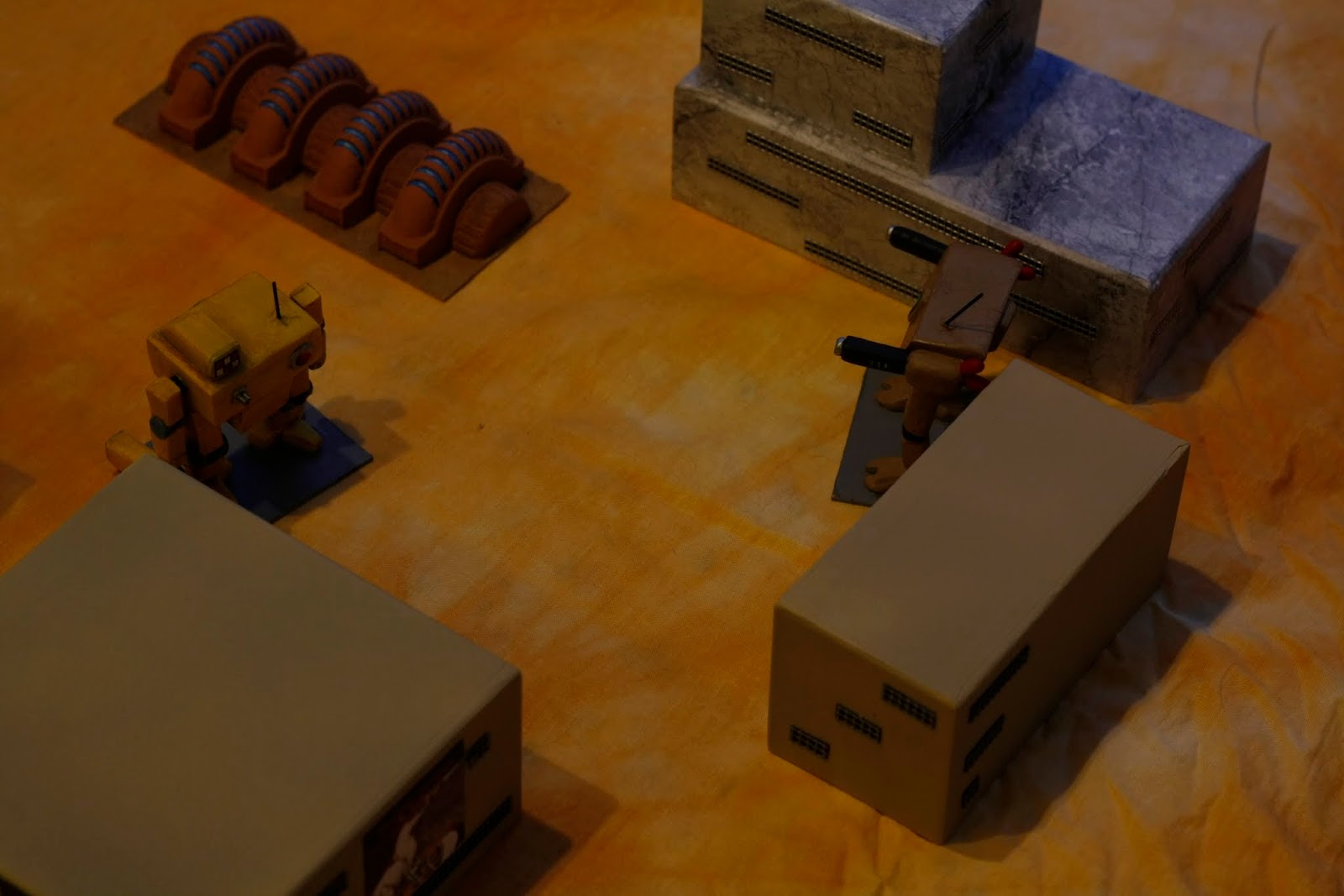 Both looking worse for wear, and with Big Boy having no ammo left for any of it’s functional launchers, Firebug managed to destroy the generator at last.

With both robots savaged, I called it a draw even though the generator was destroyed, given that Firebug had a round or two left in him before the electrical fire that started a few rounds earlier would bring him down.

For the entire write-up, and some more pics, check out the blog: http://lasersandbroadswords.blogspot.se/2017/01/testing-out-mekatac.html