It’s 0330 on 5 Jul 1990, and Unit 101’s Team 2 has just captured The Sheikh and is on the way to the HLZ for extraction.  But they run into a little trouble; luckily Major Villanueva figured this might occur and had planned accordingly.  The Platoon Sergeant and Team 3 are standing by on overwatch. 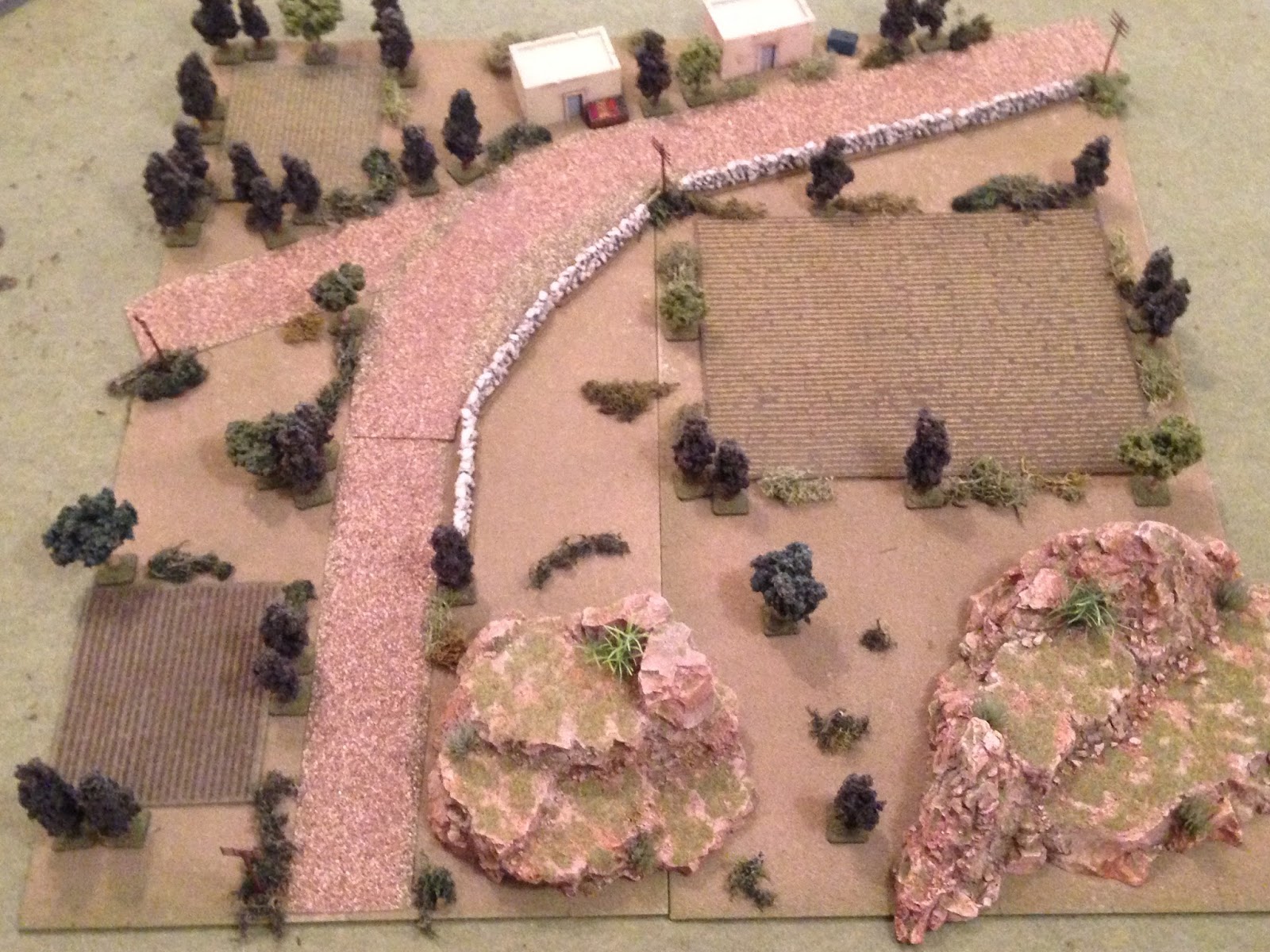 Overview, north is up.  The HLZ is at right, Team 3 will be in overwatch at bottom center and bottom right, covering Team 2 coming in at top right, while bad guys enter via the road at left.  The objective is simple: Team 2 gets The Sheikh to the HLZ and is extracted. 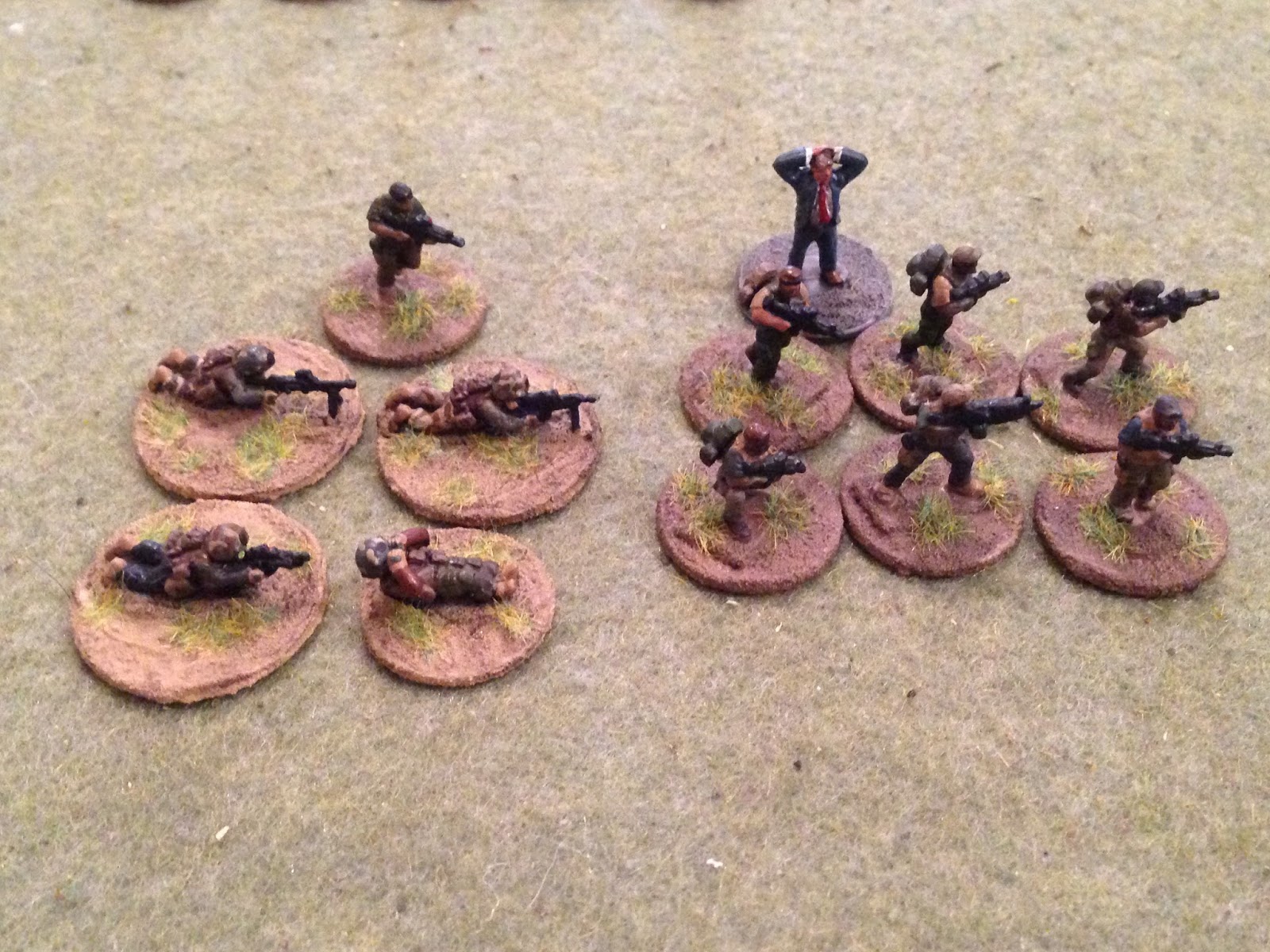 The good guys; most of the troops are 15mm Khurasan, but the shooters have two Battlefront figures, and the sniper and MG teams are Eureka. 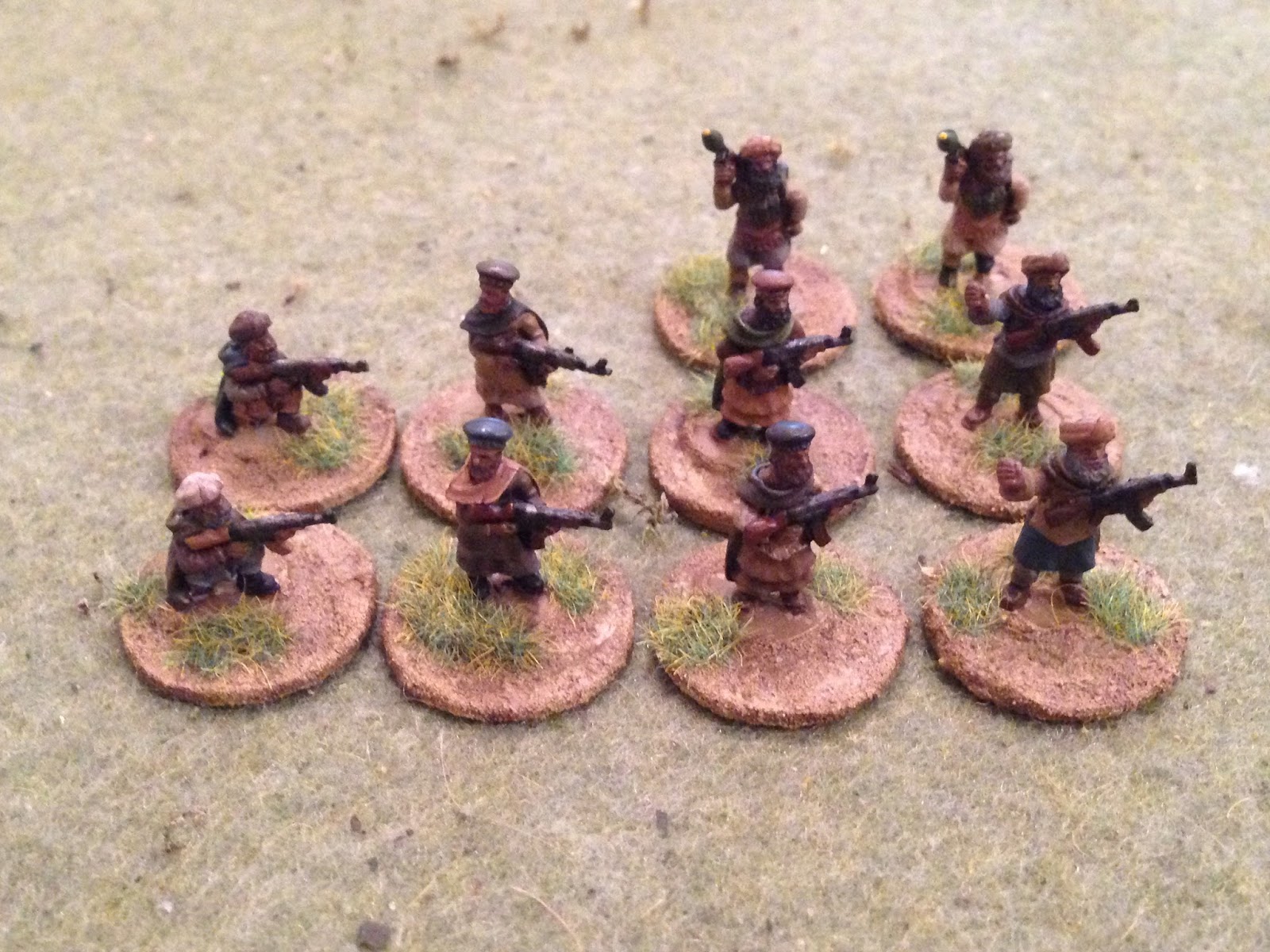 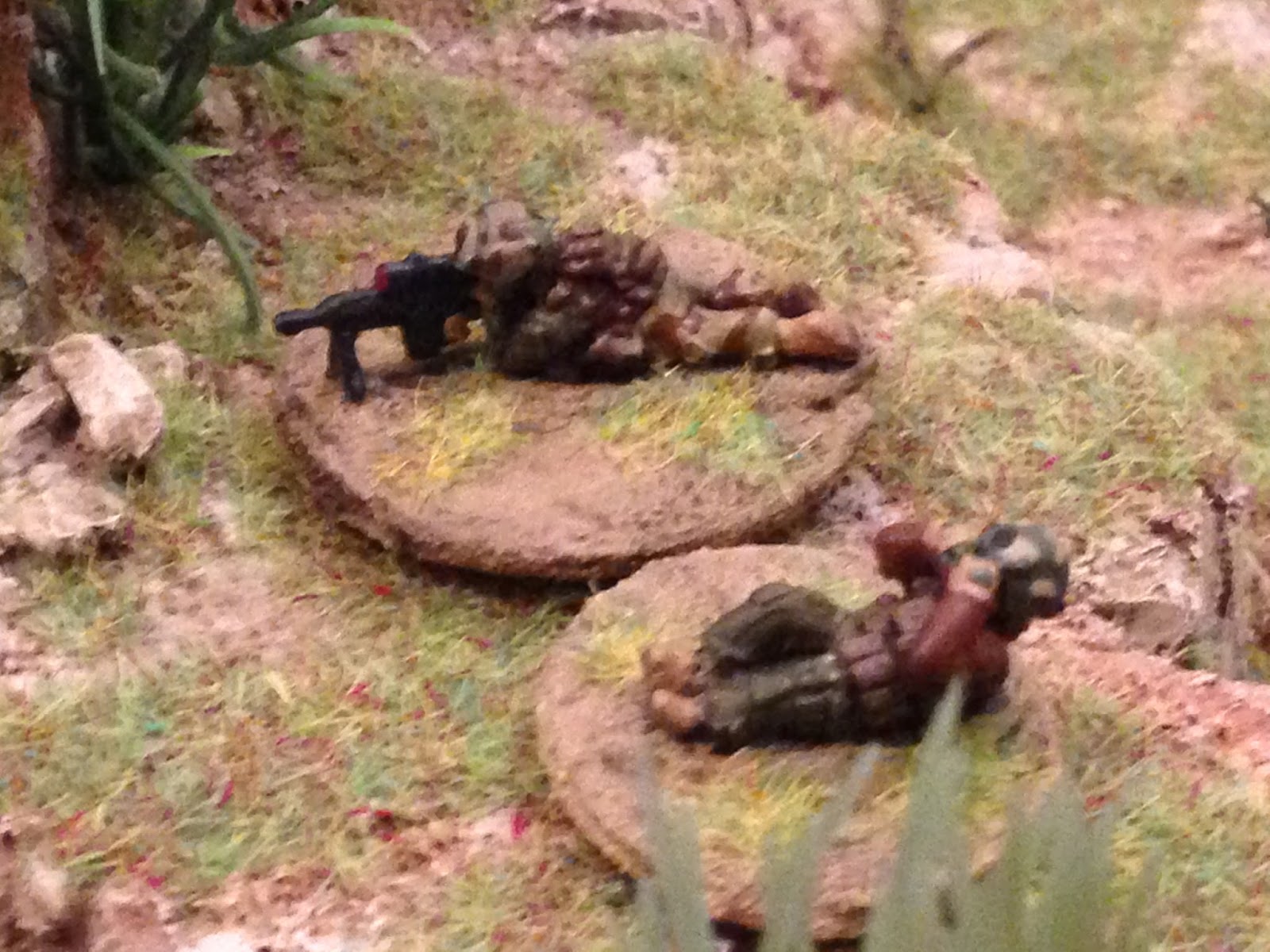 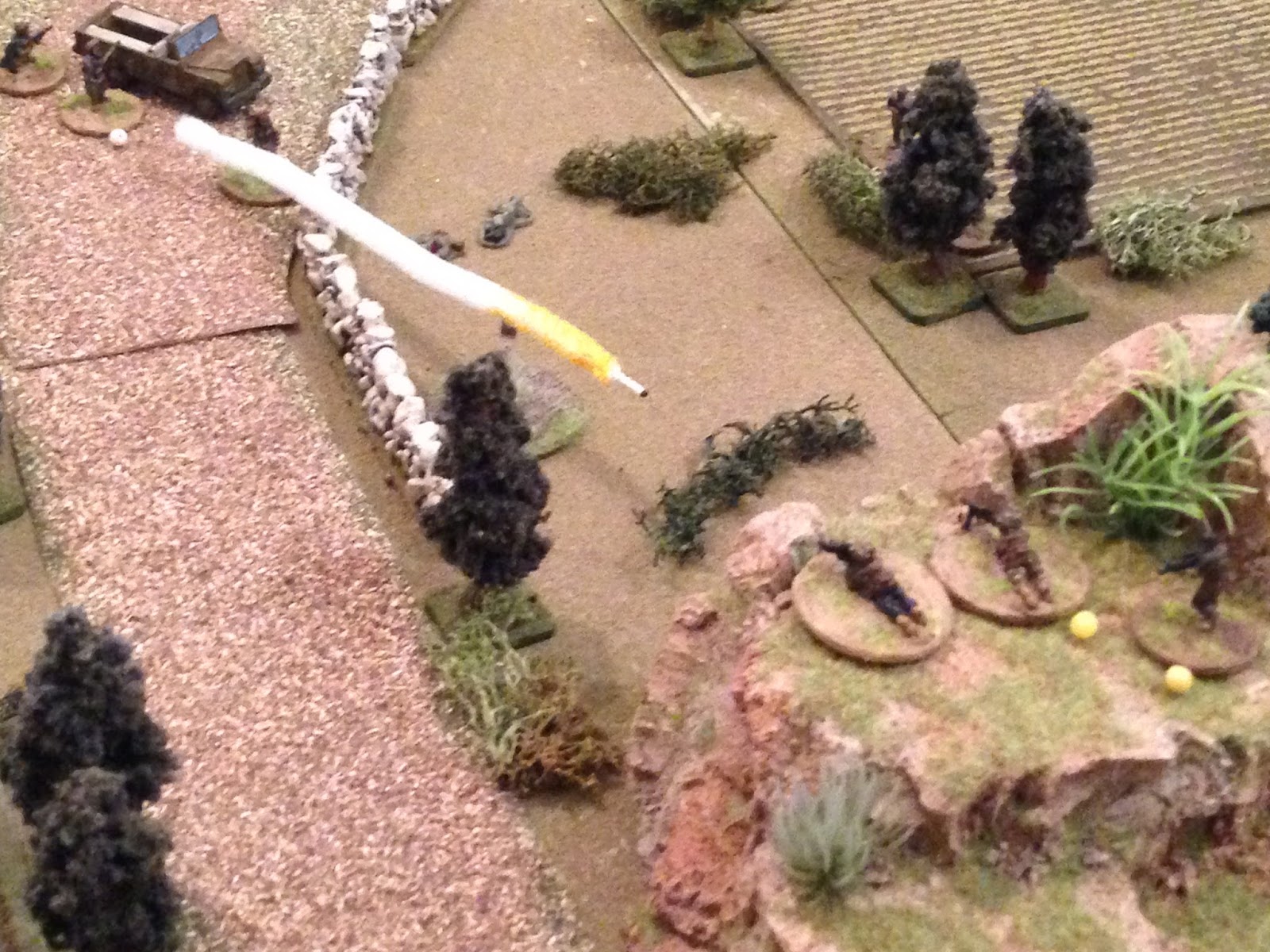 The machine gun team laying down fire, what?  Uh-oh…  To see how the fight went, and if the extraction went off, please check the blog at:
http://cubalibrewargame.blogspot.com/2017/02/operation-dragon-forge-fight-2.html

Next stop, gotta see a guy about a bomb maker in northern Italy.  Next fight, coming right up.