It’s 2130 on 7 Jul 1990, and stuff is about to go down for Unit 101, who is now in northern Italy.  Following the raid that captured The Sheikh, Unit 101 extracted him and turned him over to Cuban Intel for interrogation.  The Sheikh gave up the next piece of the puzzle: he wasn’t sure where he was exactly, but the man that made the bomb used against the Cubans in Operation Pay-Off was rumored to be in Italy, and a known associate of his was set to have a meeting with some Albanian mobsters in the northern (fictional) village of Formaggio.  Unit 101 got on the ground and linked up with Cuban Intel on the ground, who linked them up with a local national asset, Victoria Scallapeni.

Victoria got the Unit moved up north, briefed them up on the local situation and the meeting between the Bomb Maker’s associate, Vito Squirreleone, and the Albanian gangsters.  “It’s happening at 2130 this evening, in the village center,” said Victoria.  Major Villanueva turned to Dozer, Team 1’s leader: “Make it happen.”  “Roger, Boss.” 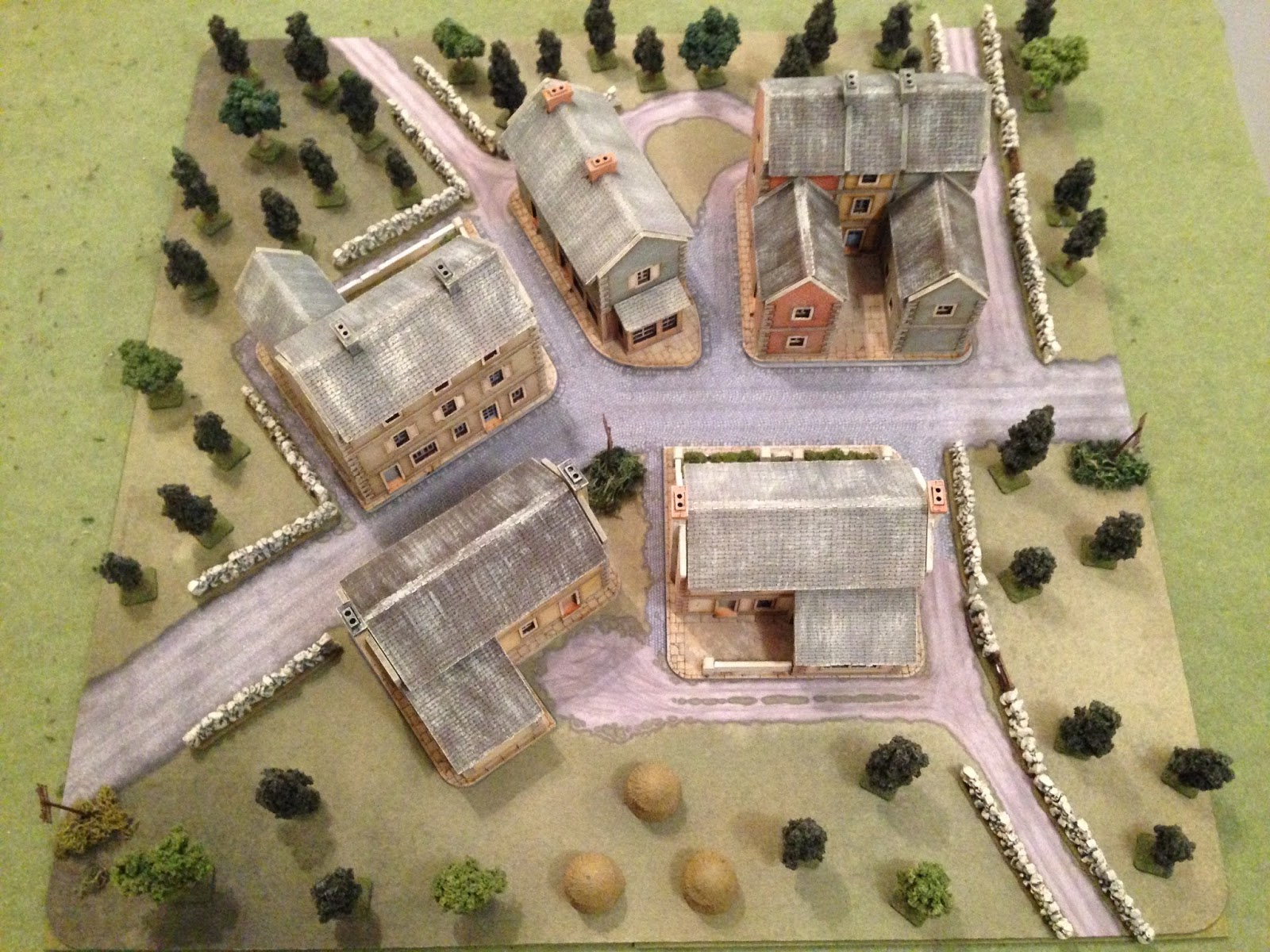 Overview, north is up, of the quaint, northern-Italian village of Formaggio.  The Albanians will have plenty of security for the meeting between their boss and Vito Squirreleone, which happens at dead center.  Team 1 is breaking into two elements, one entering from right (east) and one from left (west).  Their mission to capture Vito Squirreleone and exfiltrate him off the map.

I’m playing these fights using Ivan Sorensen’s rules “Five Men at Kursk,” modified a little to make them a bit more modern and deadly. The buildings and mat are from Crescent Root Studios. 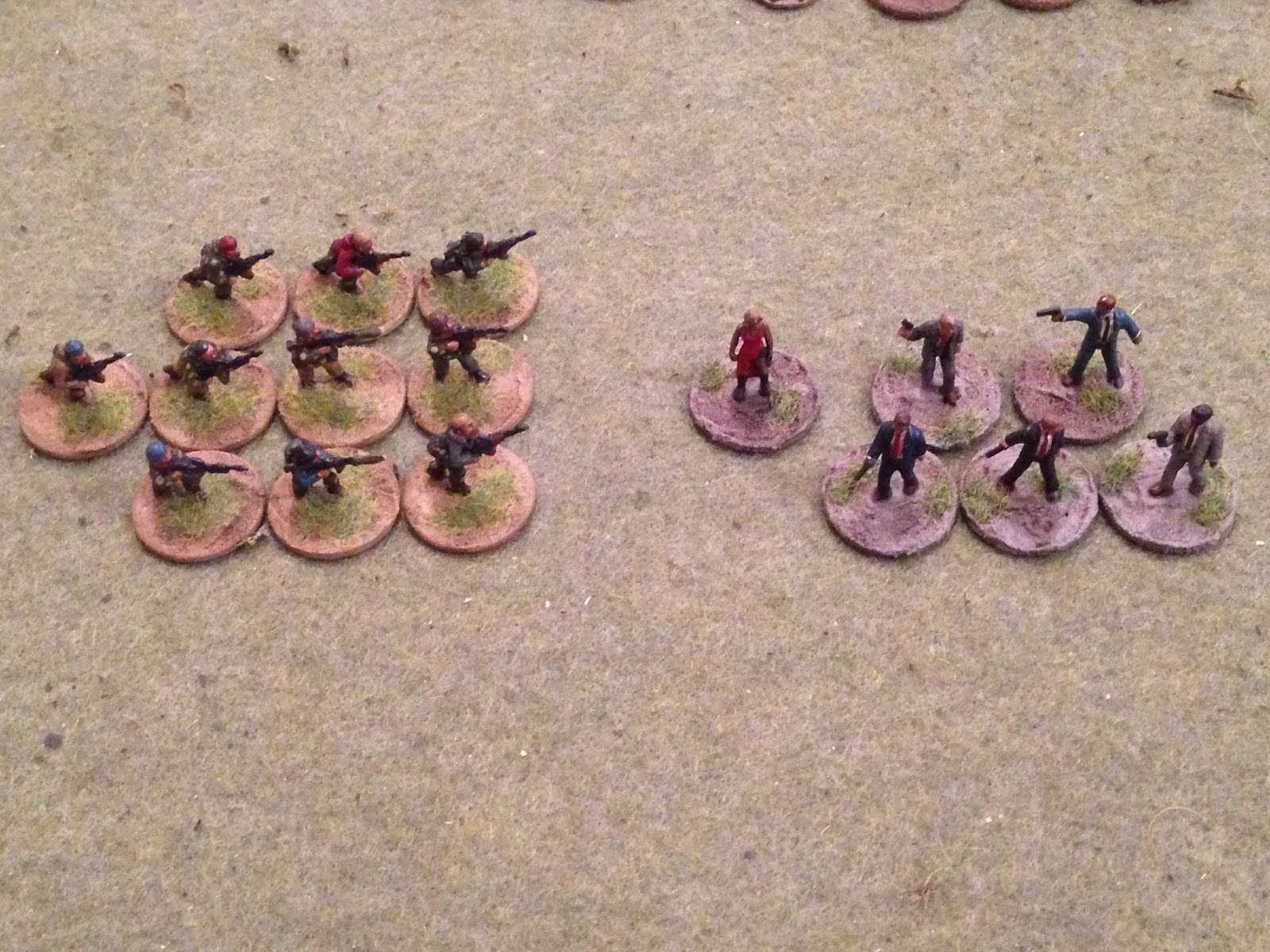 The bad guys are Eureka 15mm Chechens, while the good guys are Rebel Minis. 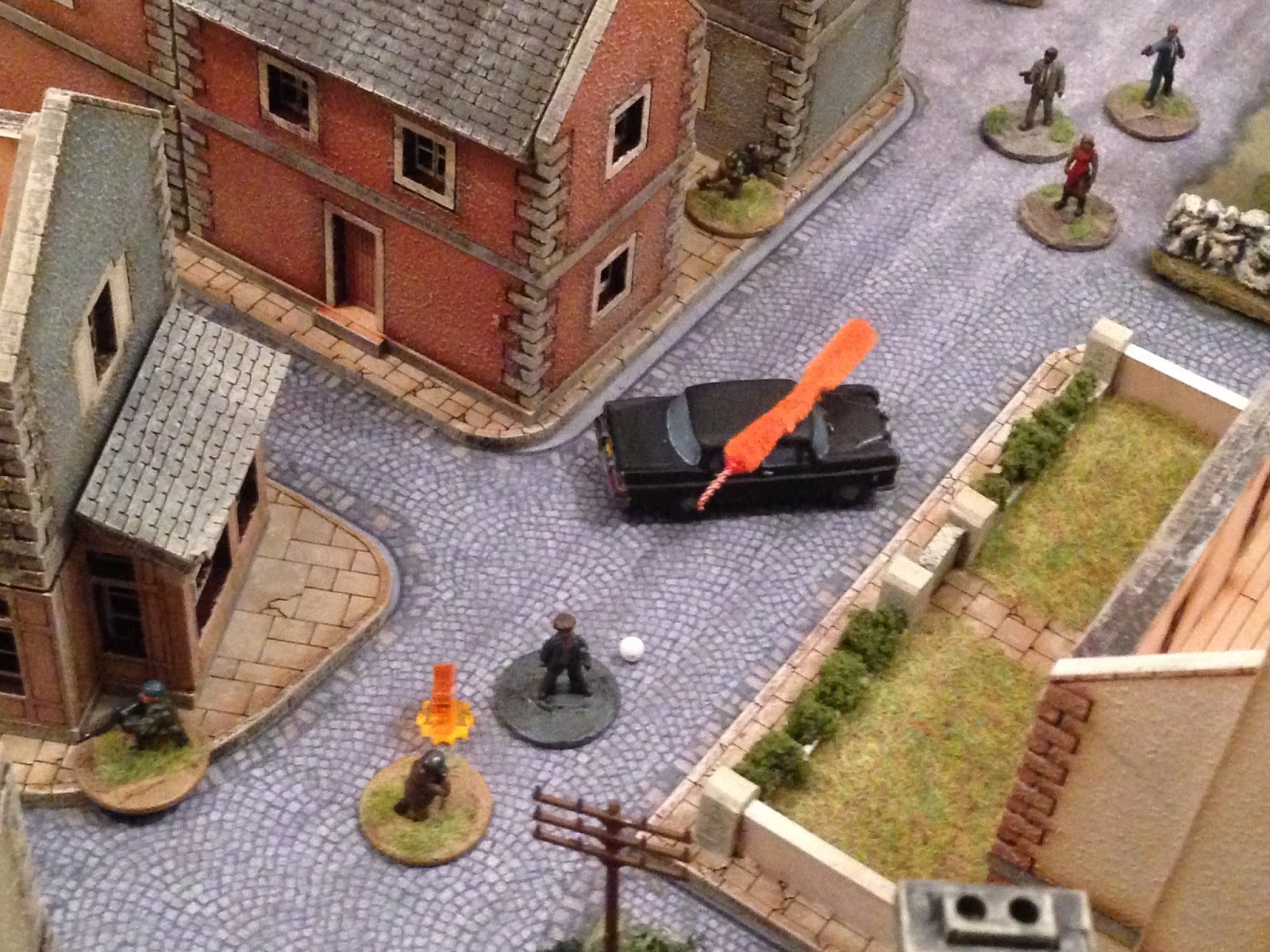 Victoria strolls up (top right, with Dozer and Switch), then pulls her pistol and begins firing wildly!  She shot Vito Squirreleone!!!  He’s still alive though; “Don’t worry boys, I did that on purpose, so he couldn’t run away.”  The Albanian Boss (bottom center left, just below Vito) was also pinned.

To see how the fight went, please check the blog at:
http://cubalibrewargame.blogspot.com/2017/02/operation-dragon-forge-fight-3.html

Another fun one, next fight coming up in a couple days.