It’s 0430 on 8 Jul 1990, and Unit 101 is on the way to take down The Bomb Maker.  The raid to capture his associate, Vito Squirreleone, didn’t quite work out as planned, but Cuban Intel was able to exploit personal electronic devices (yeah, I kinda forgot about the fact this is 1990, but whatevah) found on Squirreleone’s body and determine the likely location of The Bomb Maker.  Major Villanueva: “Well, Dozer, you found him, now lets’ go get him.” Overview, north is up.  The Bomb Maker owns a garage on the outskirts of Formaggio.  The compound is at top center, while Major Villanueva and Team 1 enter from bottom left.  Their mission is to kill or capture The Bomb Maker. 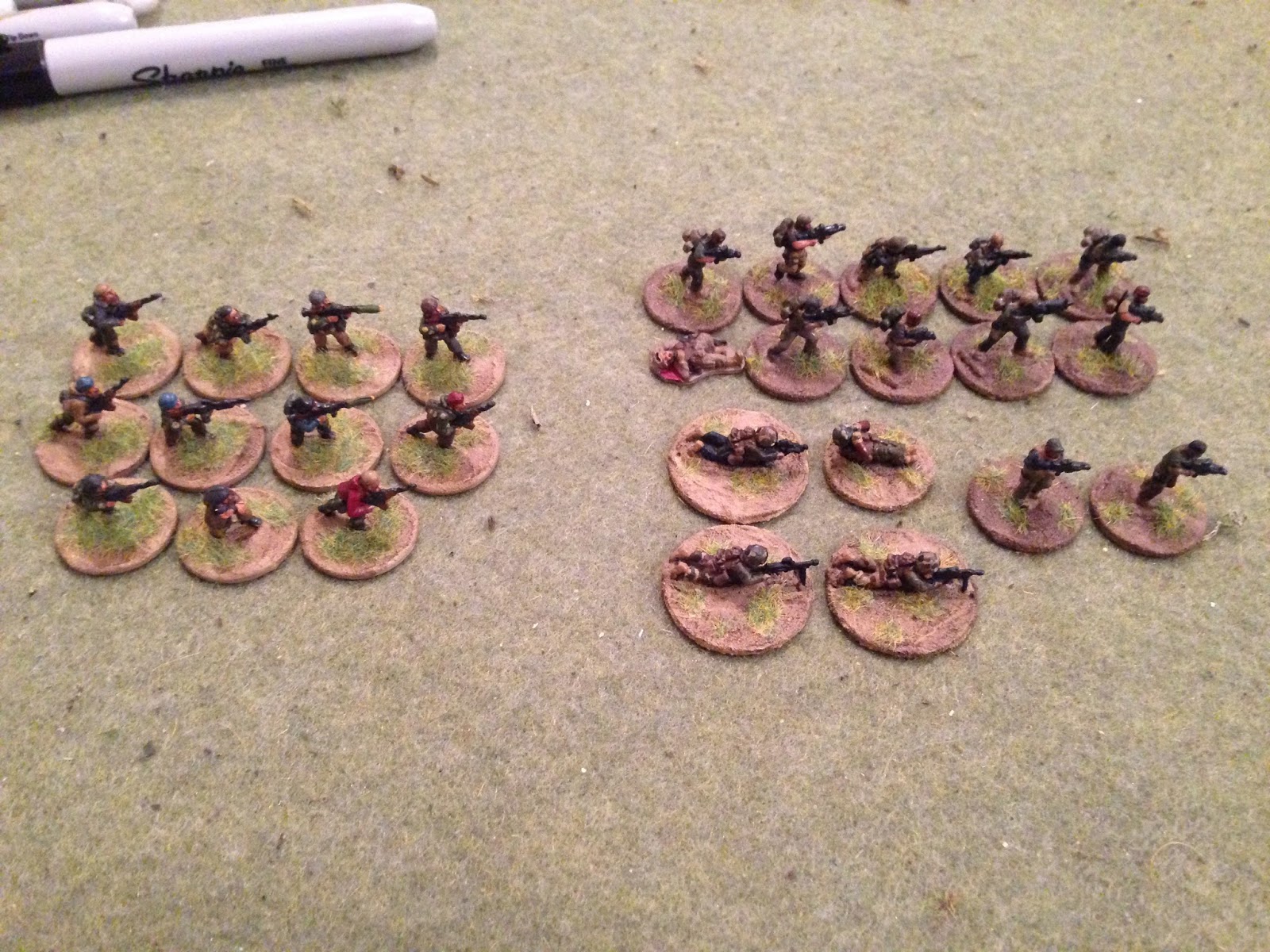 Opposing forces, with bad guys on the left and good guys on the right.  On the right is the entirety of Unit 101, though they will not all be participating in this fight.
*Most of the troops are 15mm Khurasan, but the shooters have two Battlefront figures, and the sniper and MG teams are Eureka.  The bad guys are Eureka Chechens. 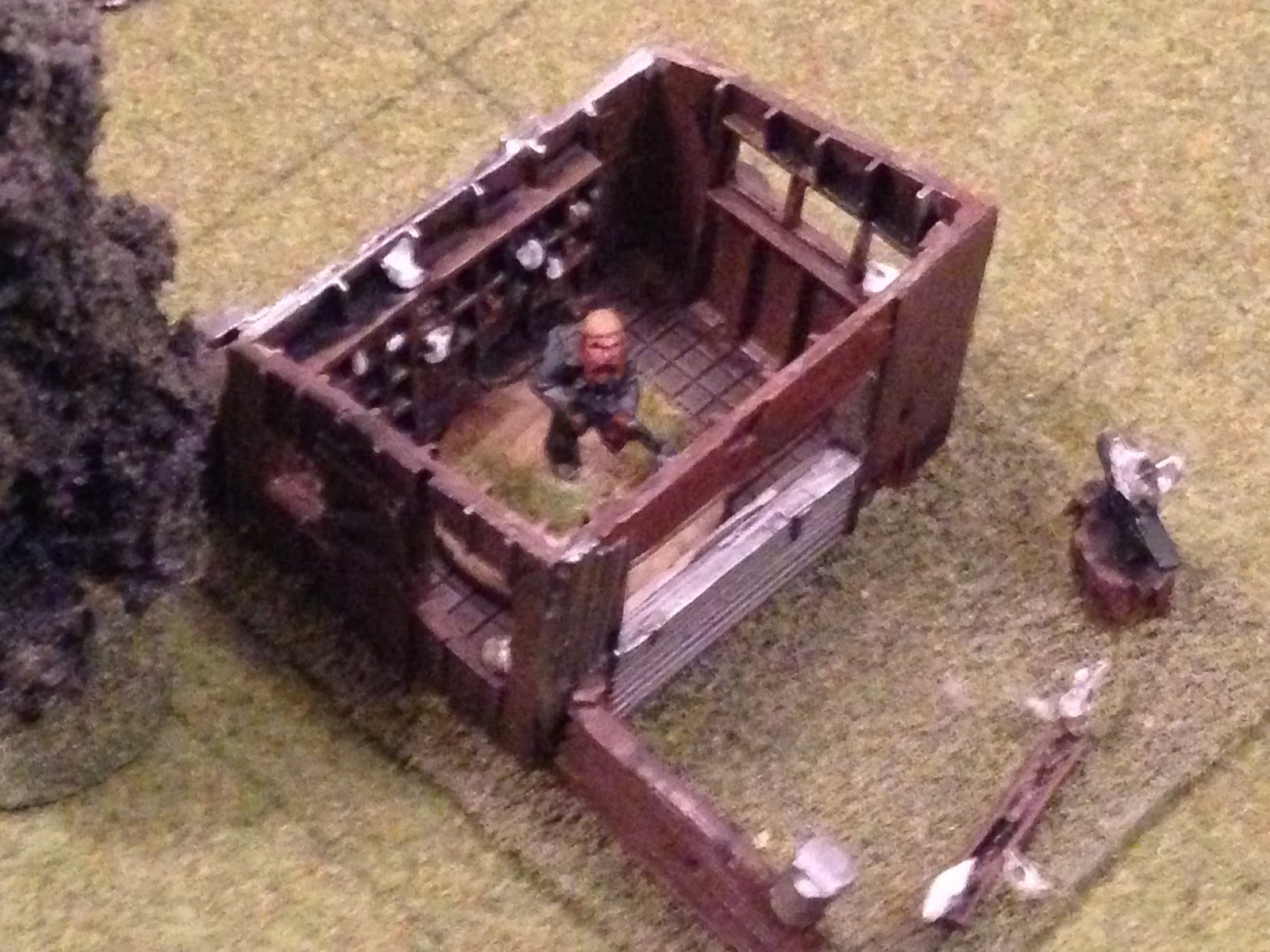 Bad guy cowering in the chicken coop.  To see how the fight went, please check the blog at:
http://cubalibrewargame.blogspot.com/2017/02/operation-dragon-forge-fight-4.html

That drops the curtains on northern Italy, now it’s off to Lebanon for the Unit, which is growing ever closer to figuring out exactly who was behind the ambush in Morocco (Operation Pay-Off).  Stay tuned for more batreps.