After some time I managed to finish up this report, a 2 on 2 giant mecha fight: 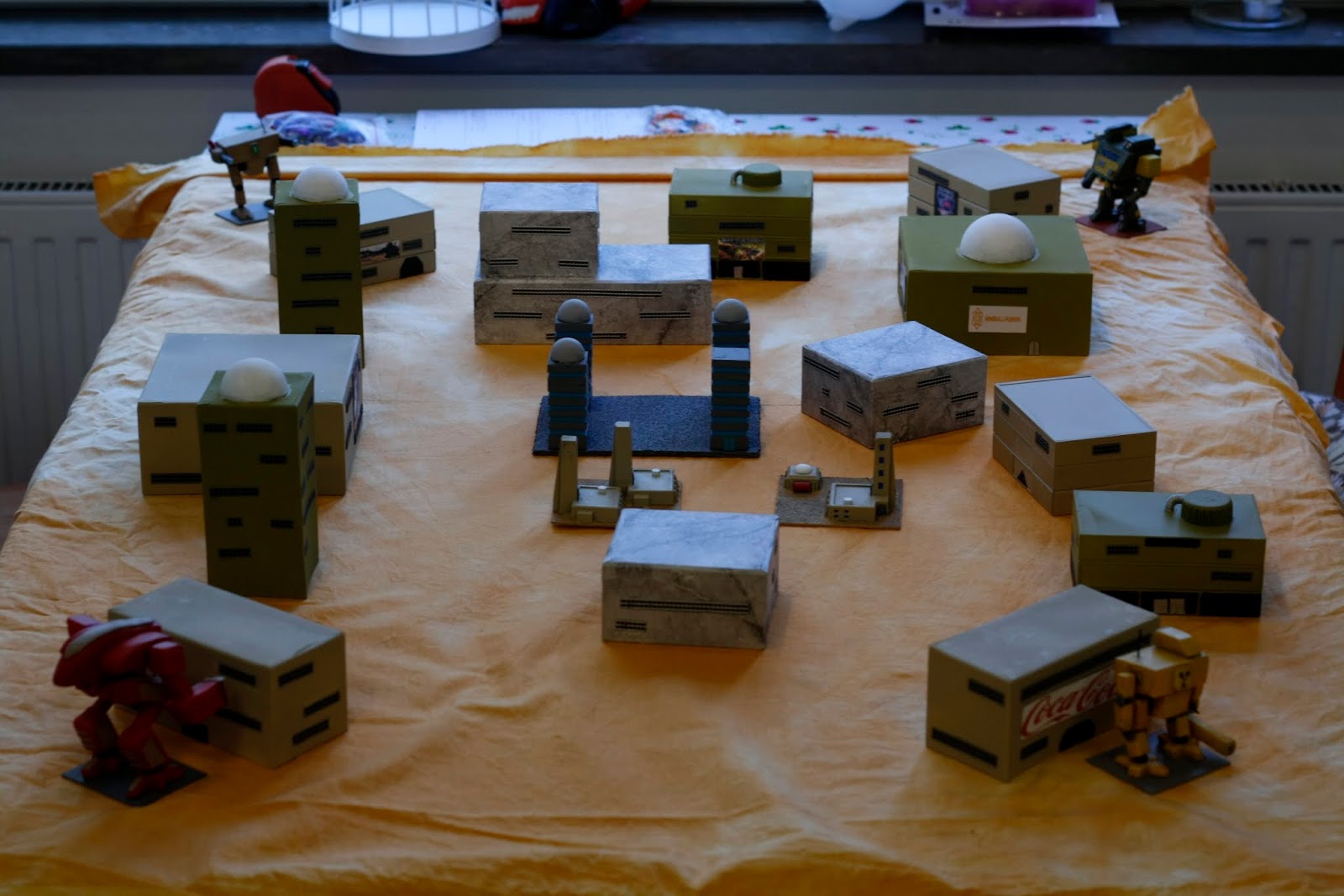 Getting ready. Firebug and Warbot (on top) is teaming up against Dachô and Big Boy (on the bottom) 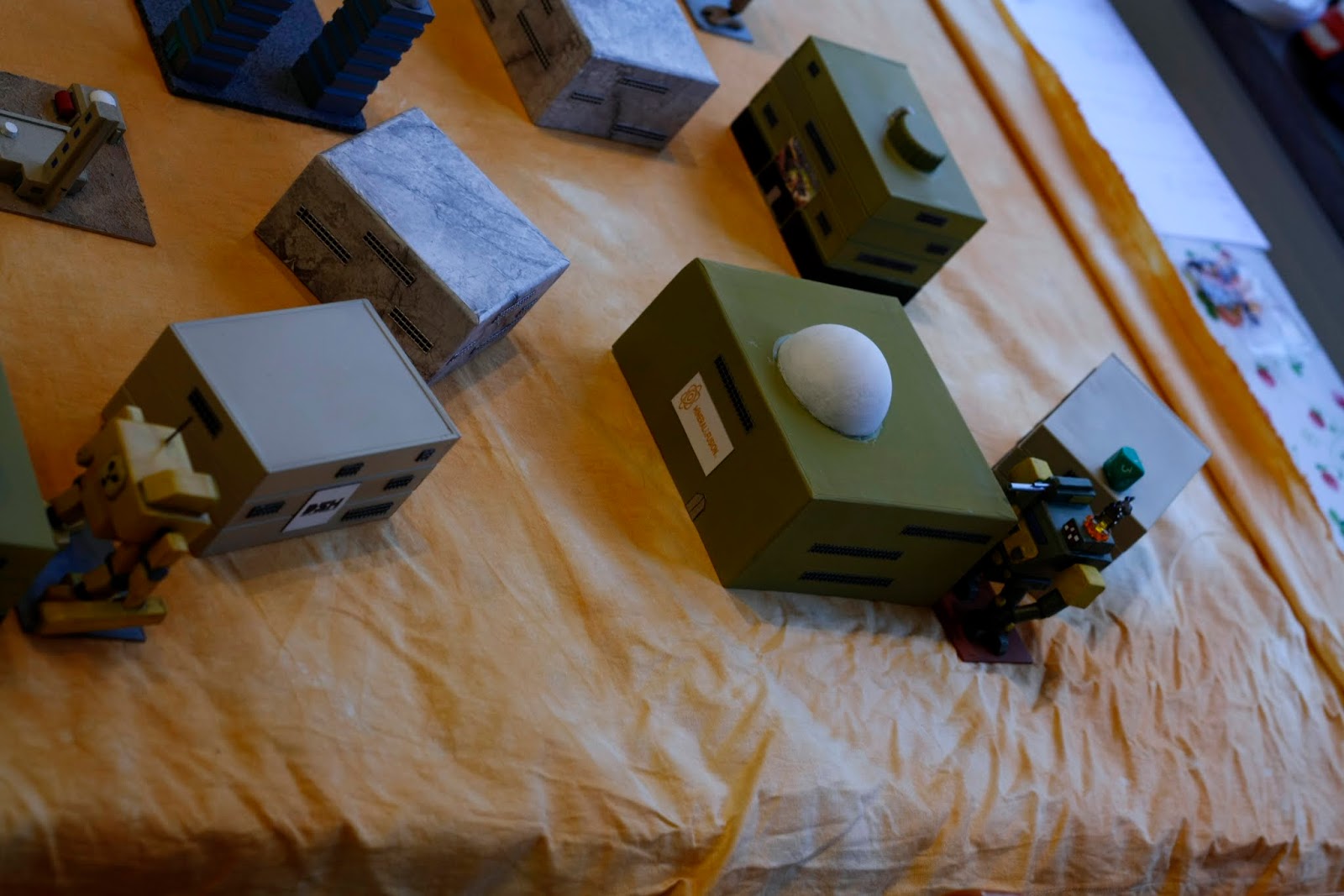 Warbot trades blows with Big Boy, both takes quite a beating. 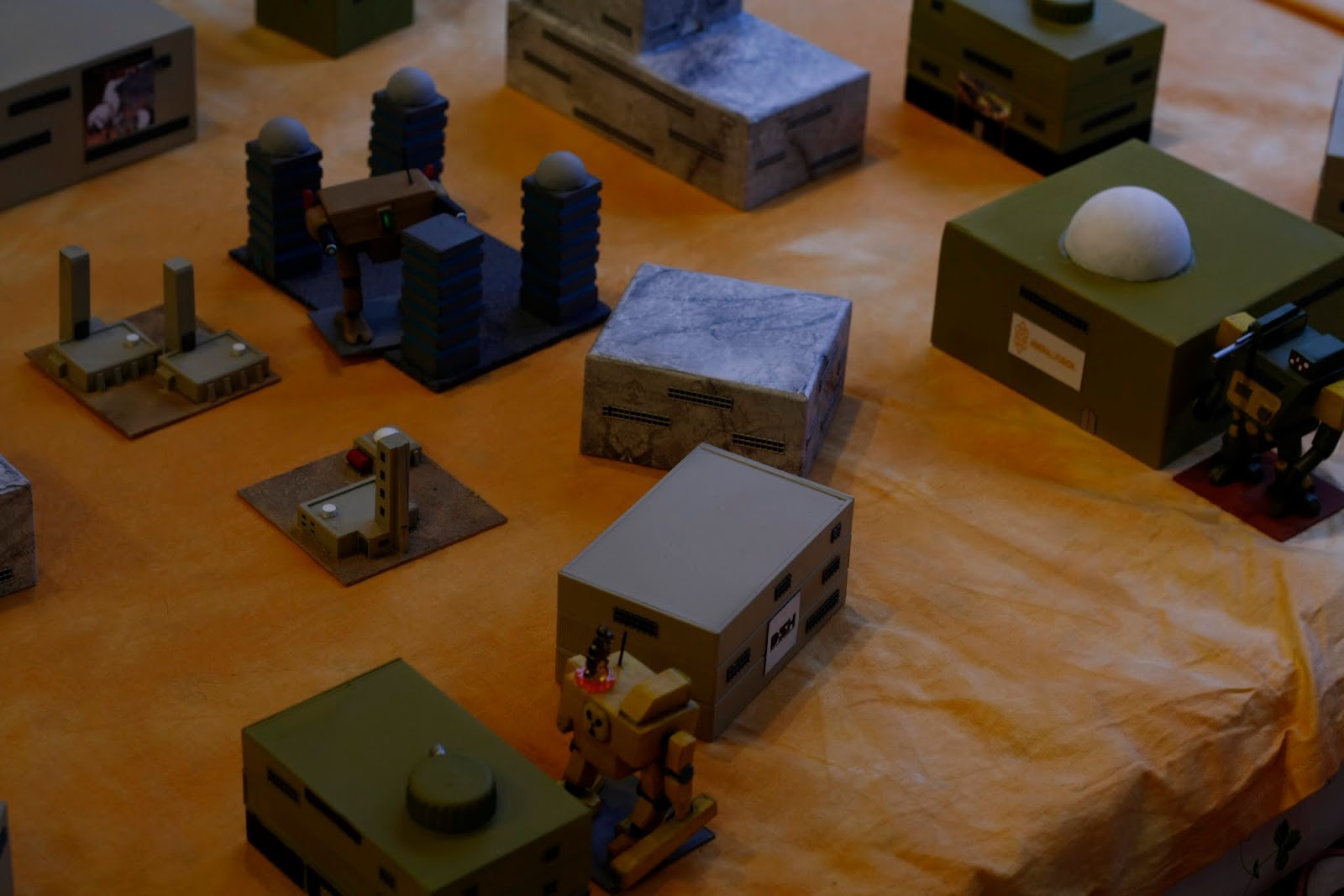 Getting caught rebooting after a critical hit, Big Boy is in trouble.. 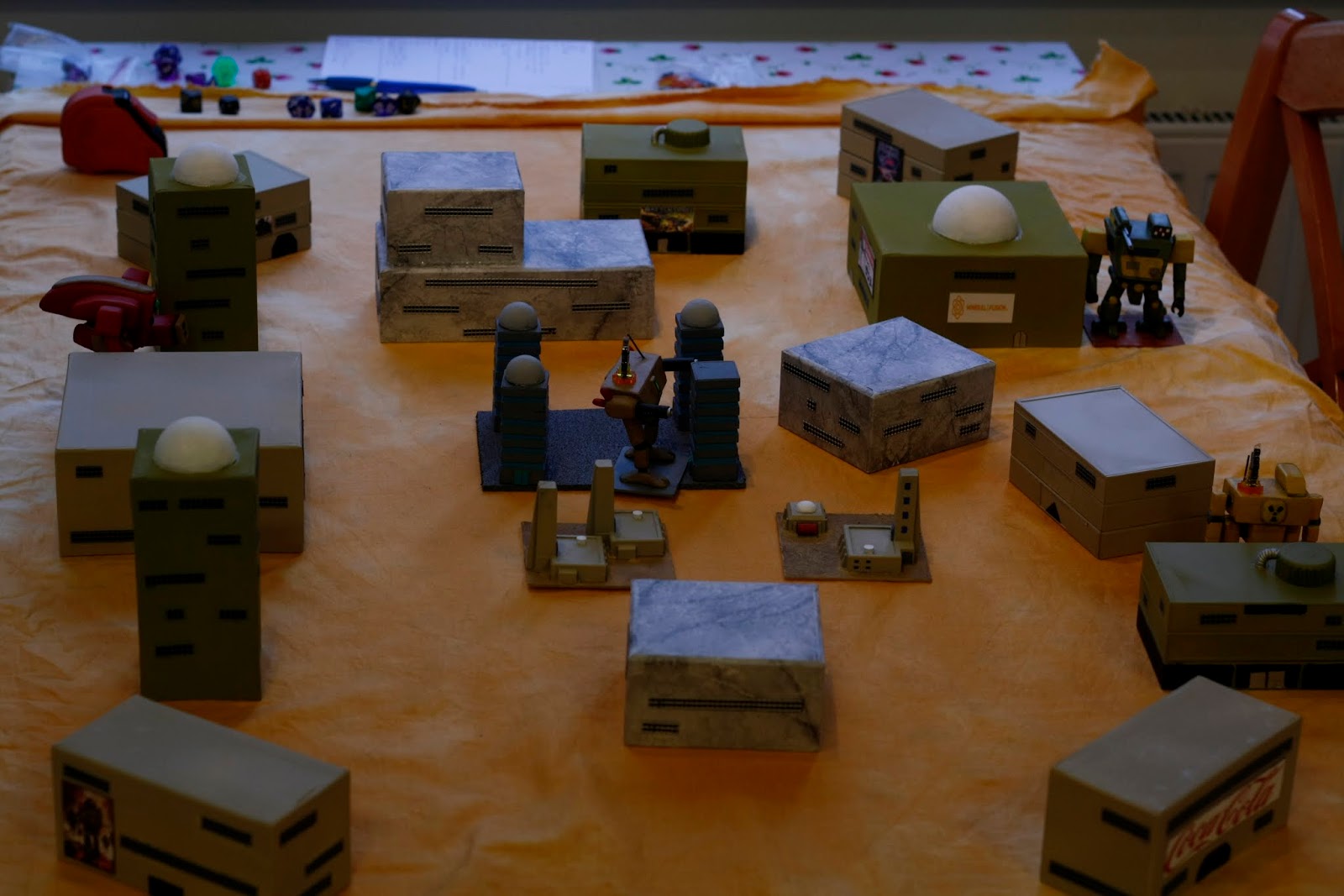 Luckily Dachô manages to launch an attack into the back of Firebug, taking some heat off his ally. 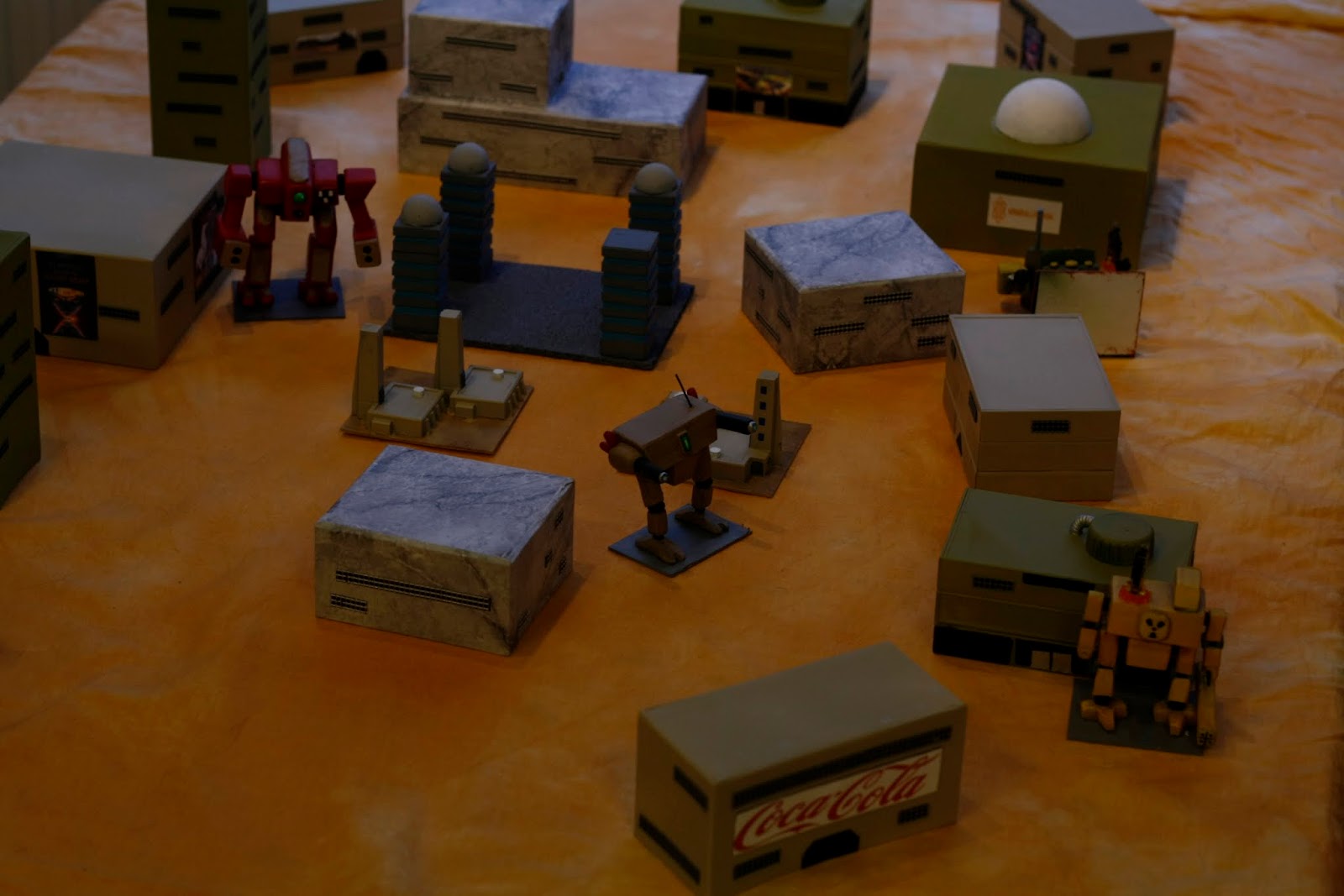 Warbot is knocked down by a heavy hit, but Firebug pushes on to finish off the damaged Big Boy! 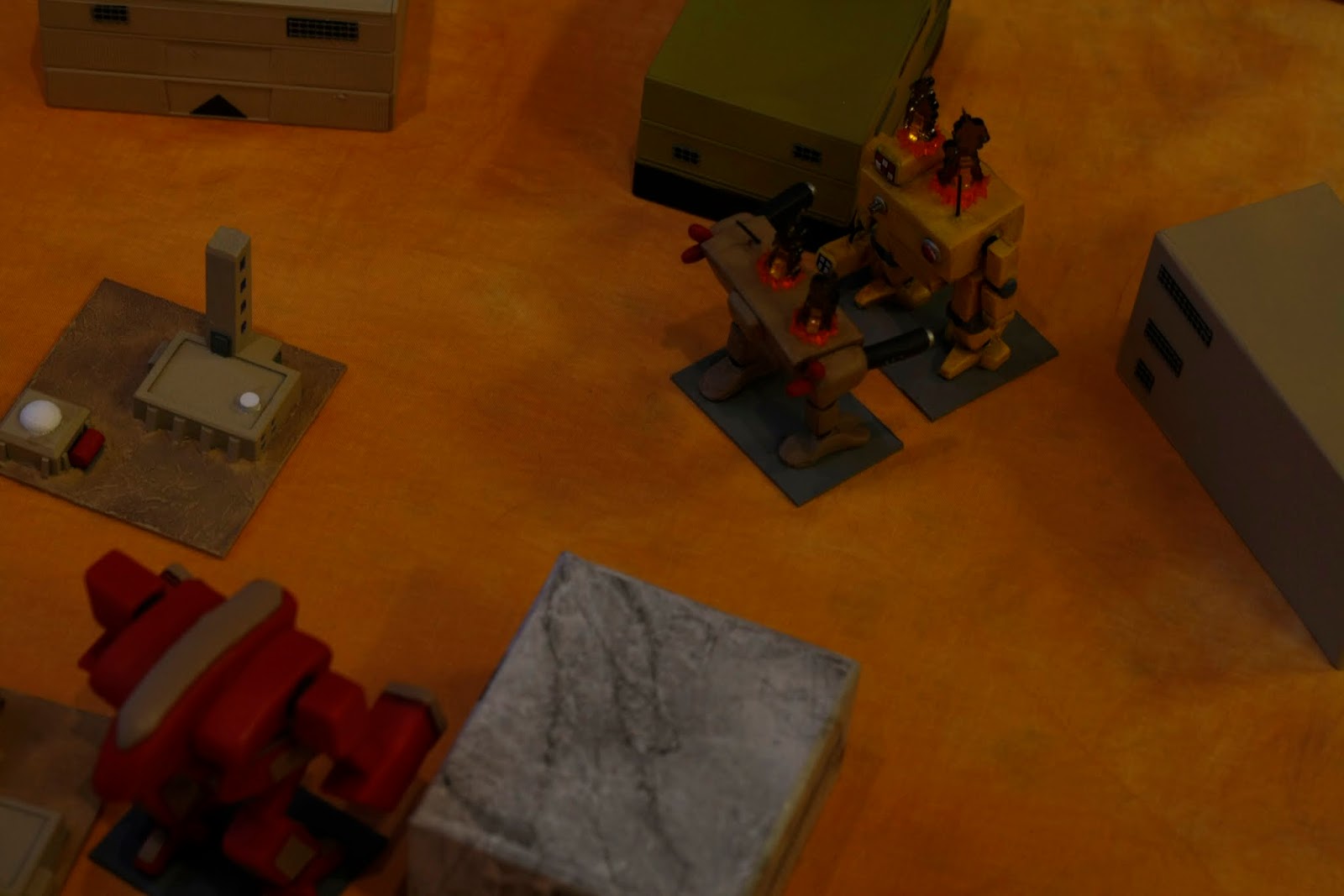 Firebug takes a few more hits as he draws the attention of both enemies, but manages to finish off Big Boy with a plasma cannon at point blank range. 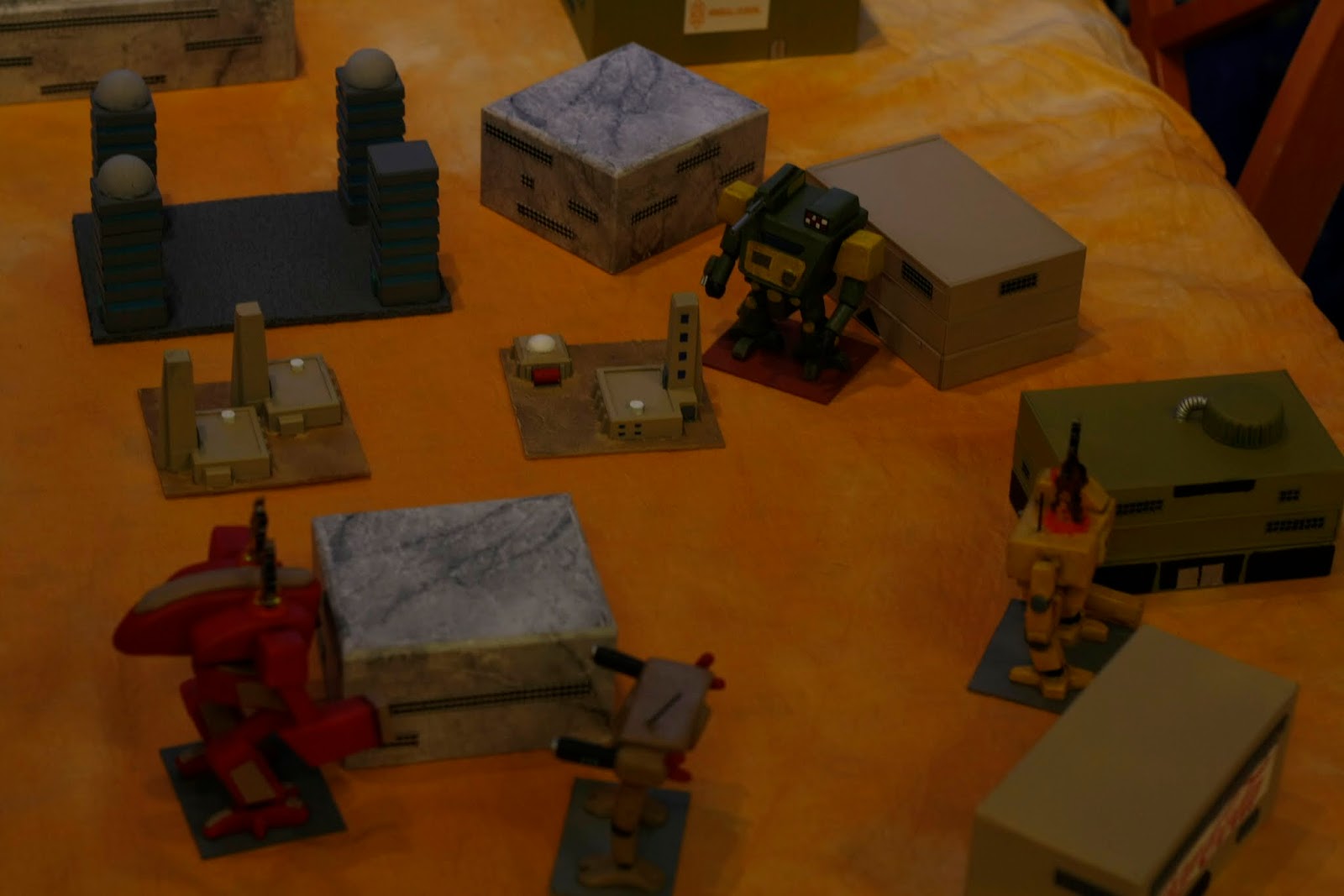 Having finished off one enemy, Warbot and Firebug turn to finish off Dachô. After two blasts from Firebug at close range, Dachô decided to surrender rather than be destroyed.

Check out the blog for the full report :http://lasersandbroadswords.blogspot.se/2017/02/uneasy-alliances-mekatac-aar.html