Reply To: 15mm Modern Vehicles, Including More From Bashytubits

“Unfortunately bits do occasionally get missed, but if you contact us we do send them on. You don’t appear to have contacted us.”
I agree, things do get missed, and it’s not that big of a deal in the overall scheme of things.  I did not contact you because it wasn’t that big of a deal to me, and I didn’t put it in the blog posts or forums because I try to highlight the good things miniatures companies are doing, rather than highlight the negative.  I’m only mentioning them now that we’ve gone negative, to hopefully illustrate why we shouldn’t.

When I feel like I have to say something negative, I try to do it with an eye towards fixing the problem, so that the manufacturer can take steps to rectify the situation.  It’s funny that you said you’re actually going to go and fix the SAW, but now I’m being fussy?  The only thing I was fussy about was the ‘old’ modern US infantry you promised but still haven’t delivered.

“I’ve commented the same comment to the same observation which you posted to two different forums.”
Why go to two different forums to make negative comments?  Why make negative comments at all?  I think most folks see stuff they don’t like all the time, think to themselves ‘wow, that’s really ugly, not for me,’ and move on.  If the lines are making you shudder, why not simply look at something else?  It’s not like you’re doing the world a favor by pointing out something only you are aware of; the pic is there for all to see, and everyone can make their own decision.

“I am commenting as a designer and modeller, not as a manufacturer (and a wargamer who owns figures from a wide variety of ‘rival manufacturers’ including Peter Pig, Old Glory, Battlefront, etc).”
If you say so, but you’re handle is “GeoffQRF,” and the fact remains: you are a manufacturer taking shots at another manufacturer.  And while I find the manufacturer on manufacturer negative comments distasteful, I would still have responded negatively to your comments even if you weren’t.

“However considering you are someone who was fussy over a fraction of a mm on a SAW that is less than 10mm long, I find that curious.  But if you cant see the difference…” 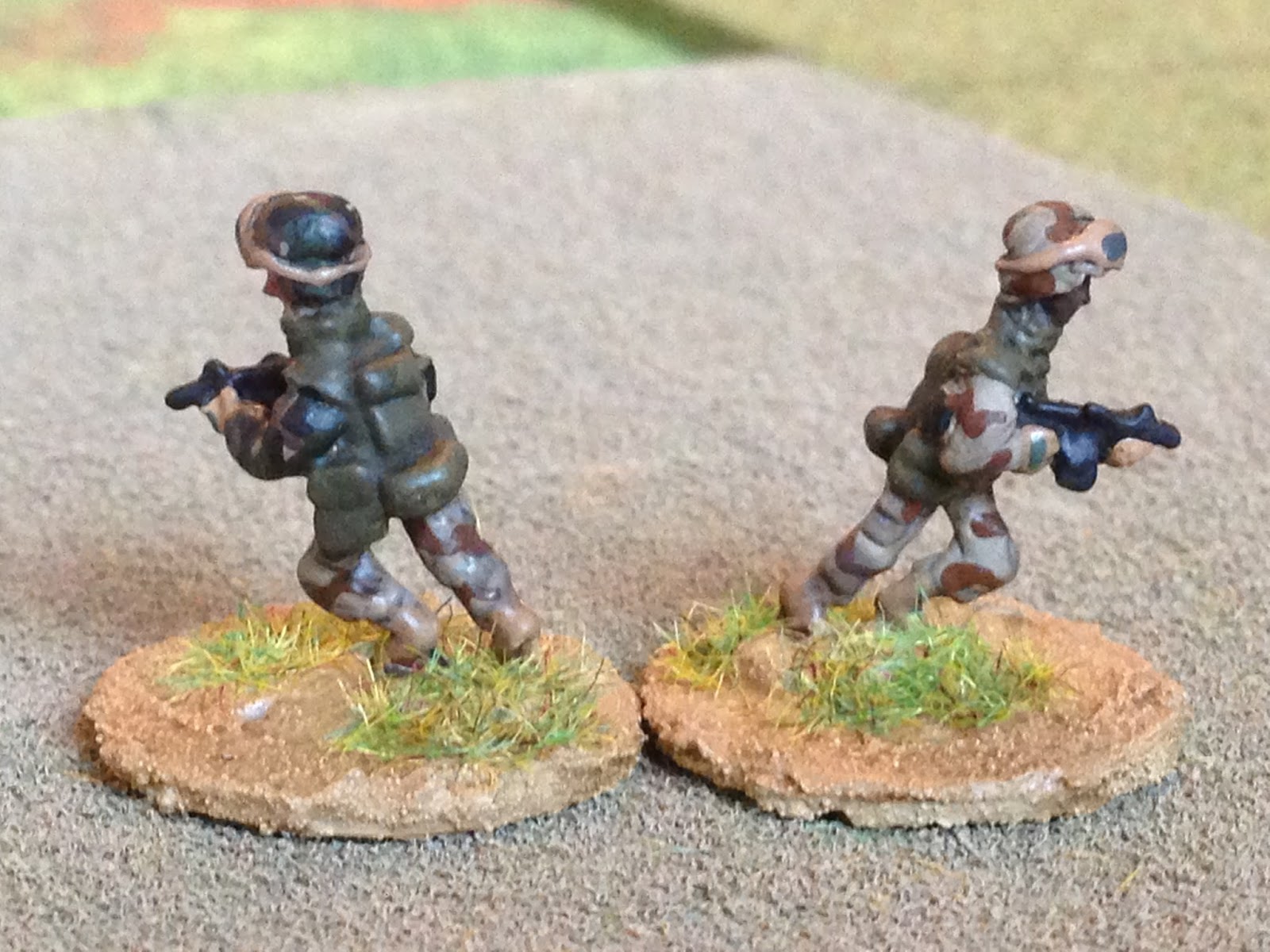 In any case, I’m a wargamer.  Some things I can live with, some I can’t.  In this particular instance, when  I play games with vehicles, I’m playing on a bigger table, viewing the vehicles from several feet away, and I can live with the molding lines.  When I’m playing with individual guys, I’m sitting down with my face right up next to them, specifically so I can see the various weapons, as those individual weapons have an impact on the game.

Again, we all make our choices on what we can live with or can’t, and I try to be fair in my blogposts without taking shots at them, and post pics so other gamers can make up their own minds.