Having raided the kids toy box for dinosaur/animal/insect figures to adapt and thought – you know they all look like analogues of earth animals- I had another think.

I am writing an SF story where the threat to our heroes turns out to be only one bit of a bigger organism: a macrophage that identifies humans as the equivalent of bacteria. The humans walking on the surface of the organism which IS the planet trigger the macrophage response when they start to mine its surface. So I thought – what do they look like? Let’s make one and see: 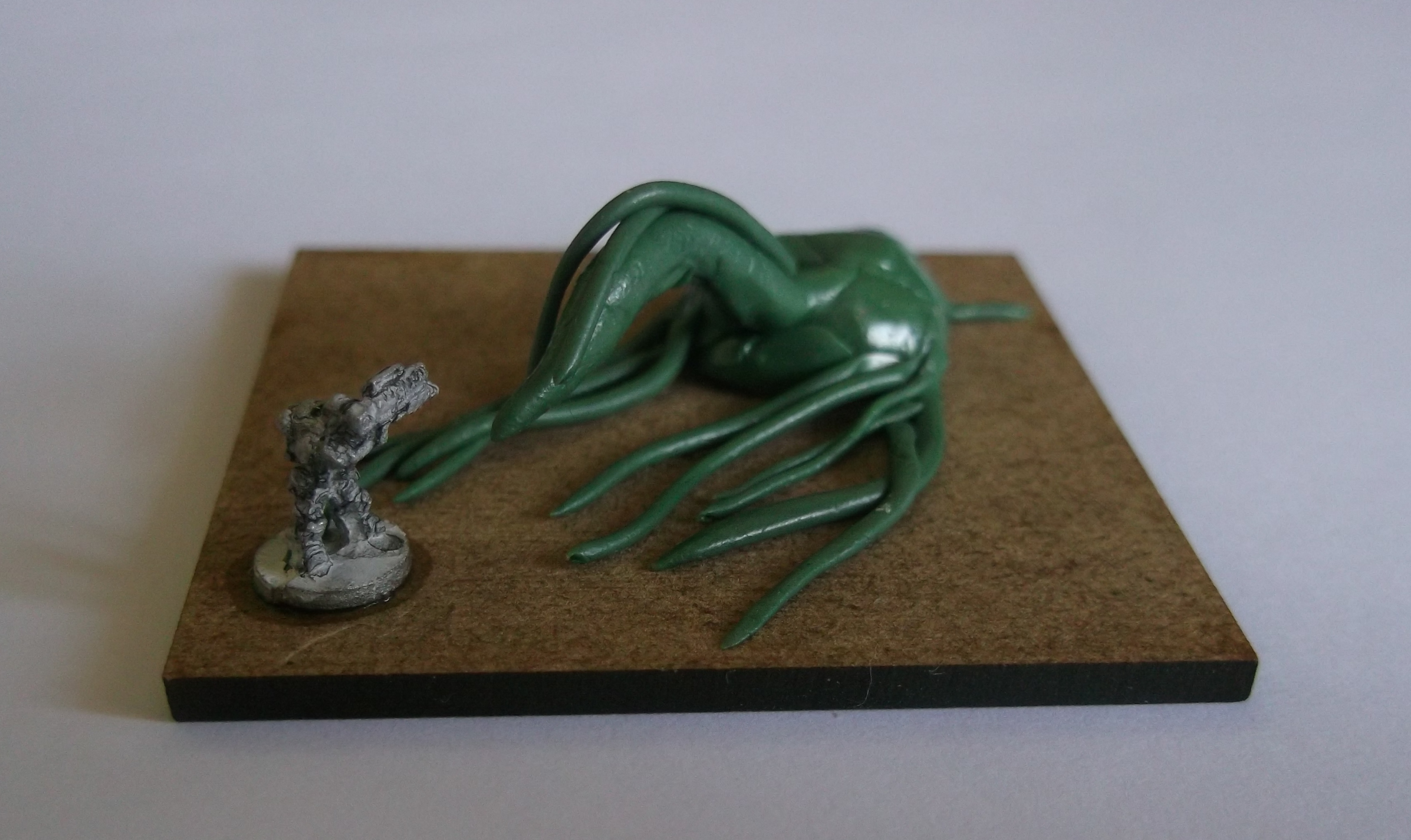 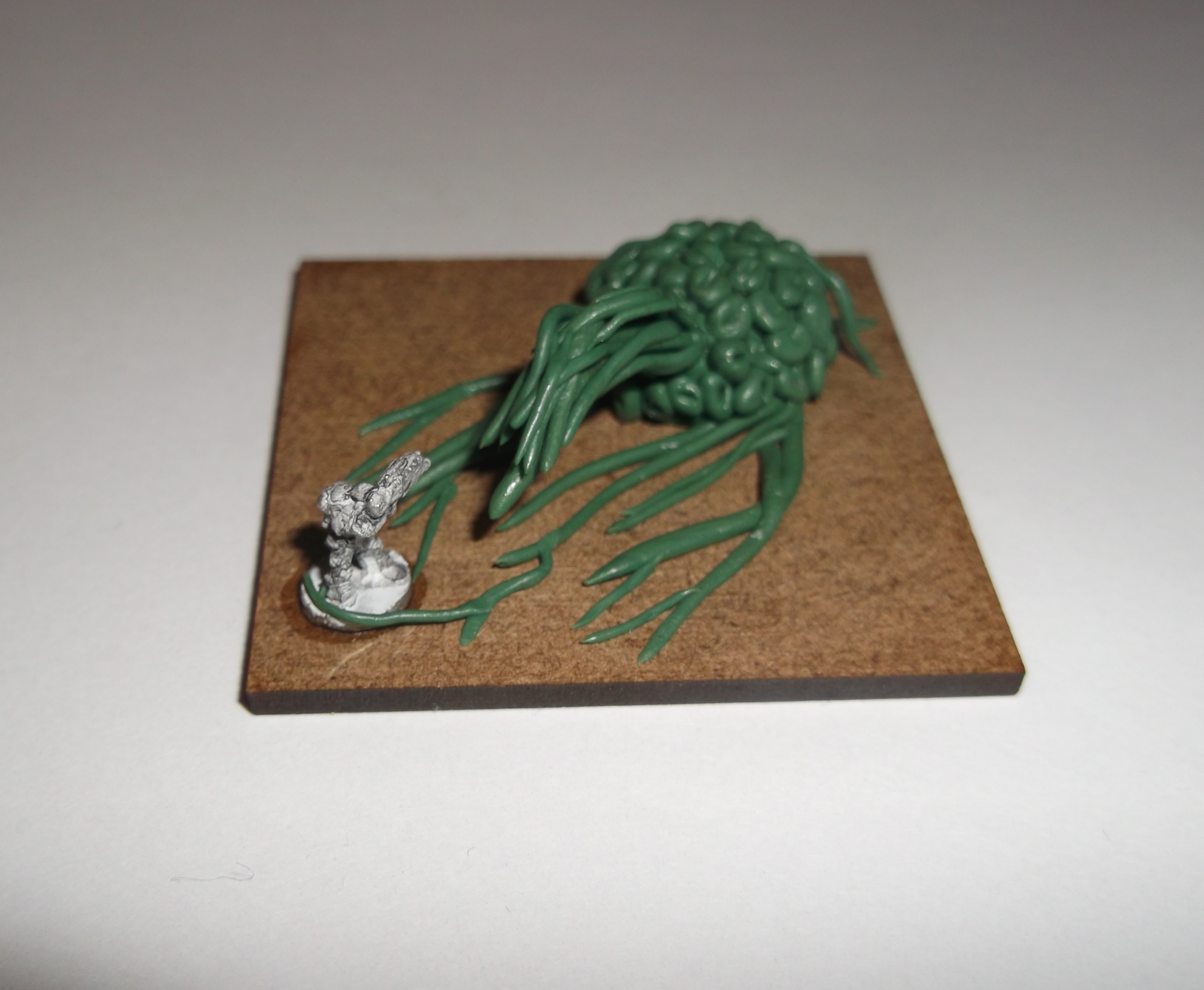 Of course if he escapes that one – it has friends: 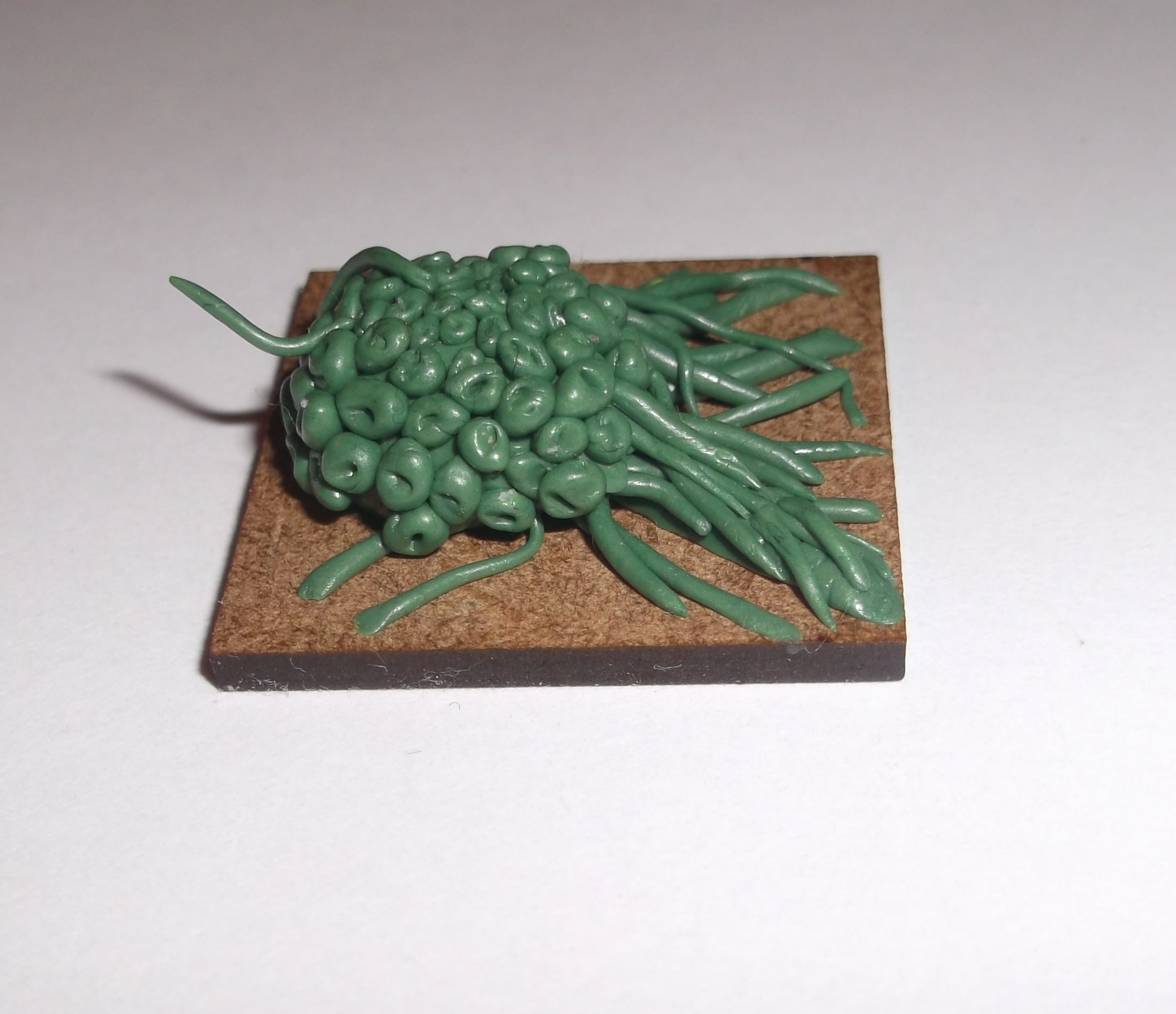 My (very slowly evolving) idea for an SF game is based in an urban/mining settlement setting on a distant planet. So here are the, at present u/i, ‘things’ attacking the oustskirts of the settlement – looks like they may have cornered a unit of paramilitary police – normally battling disaffected workers  (hence the offensive Russian graffiti!). 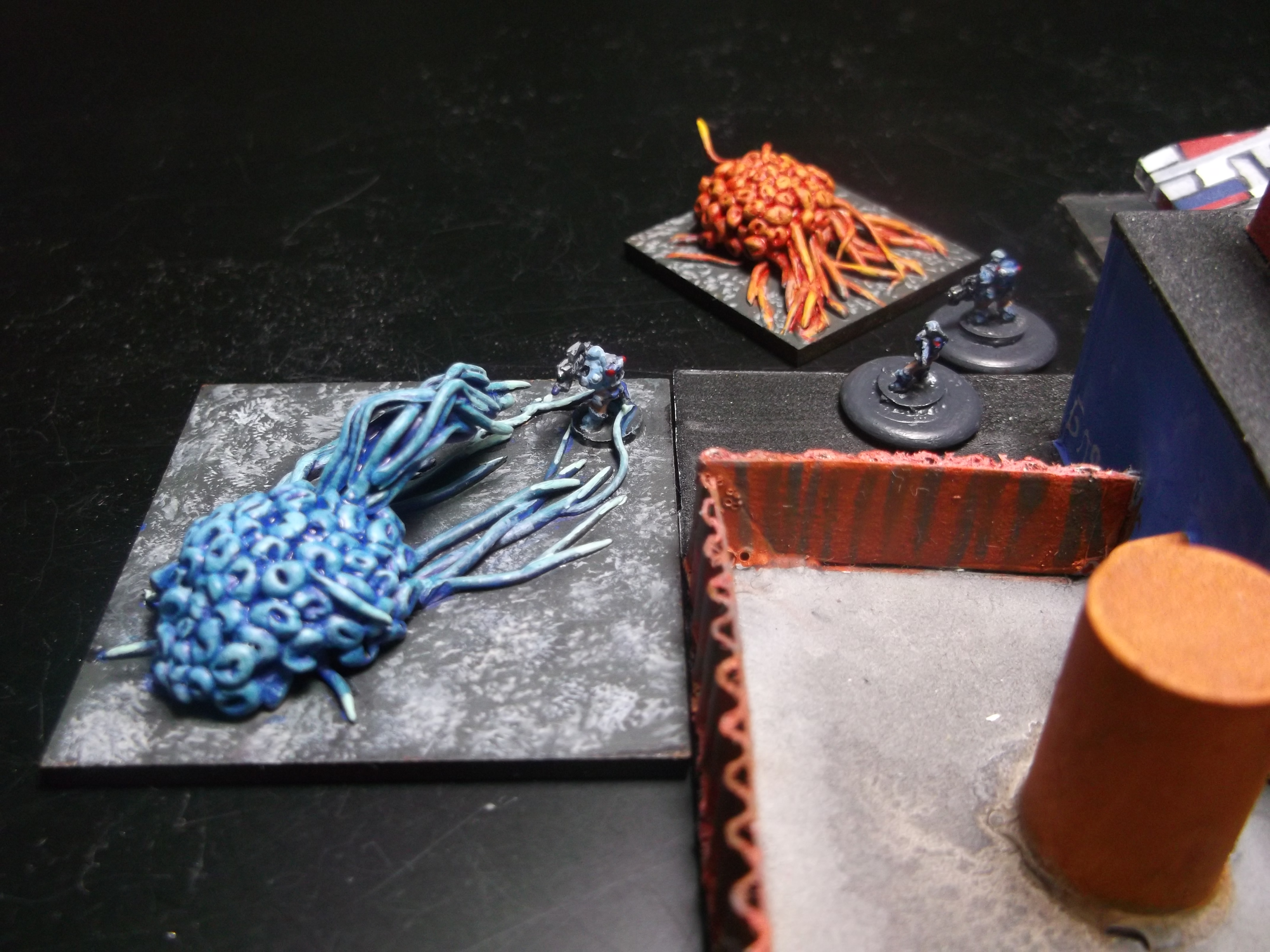 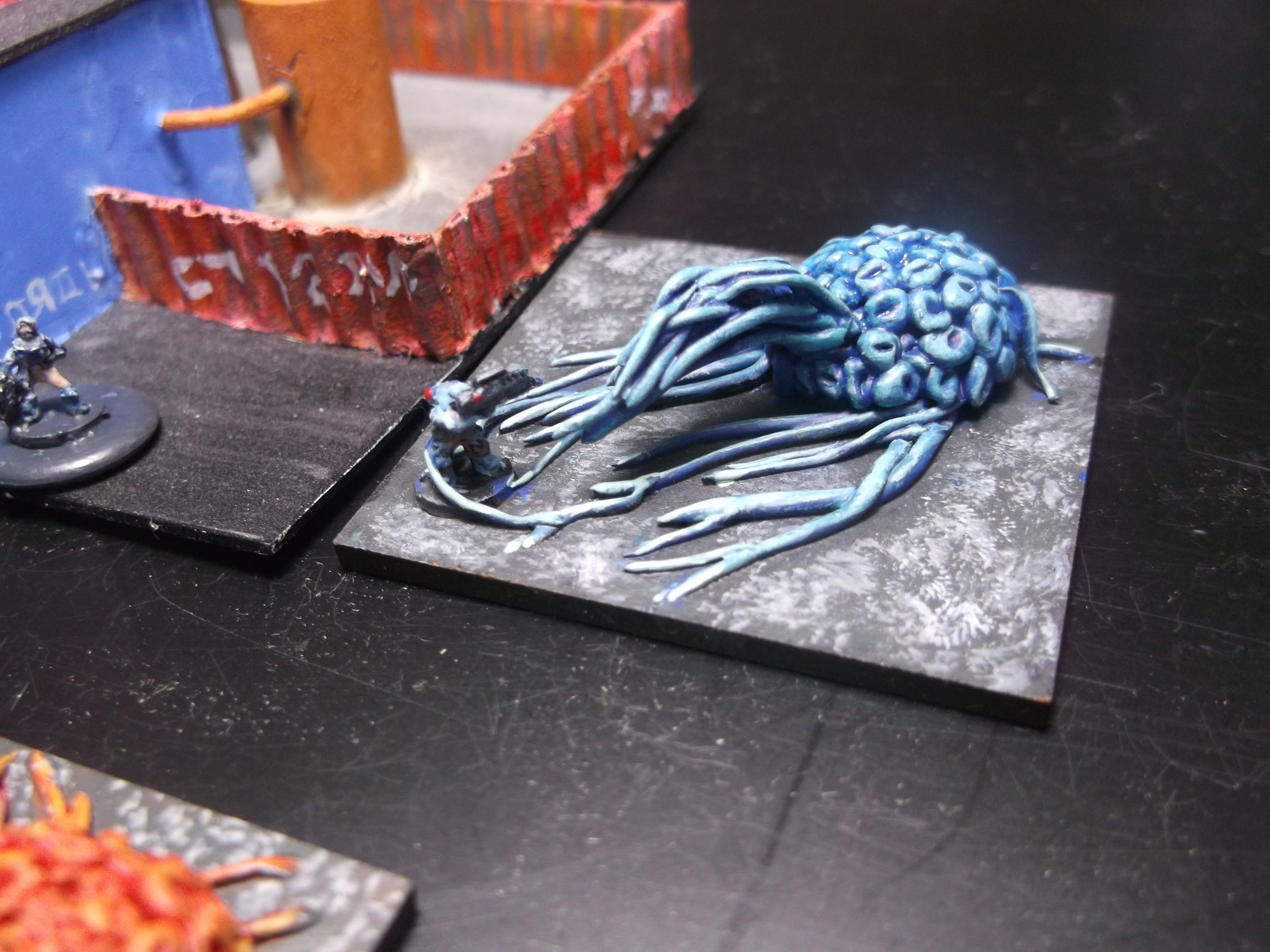 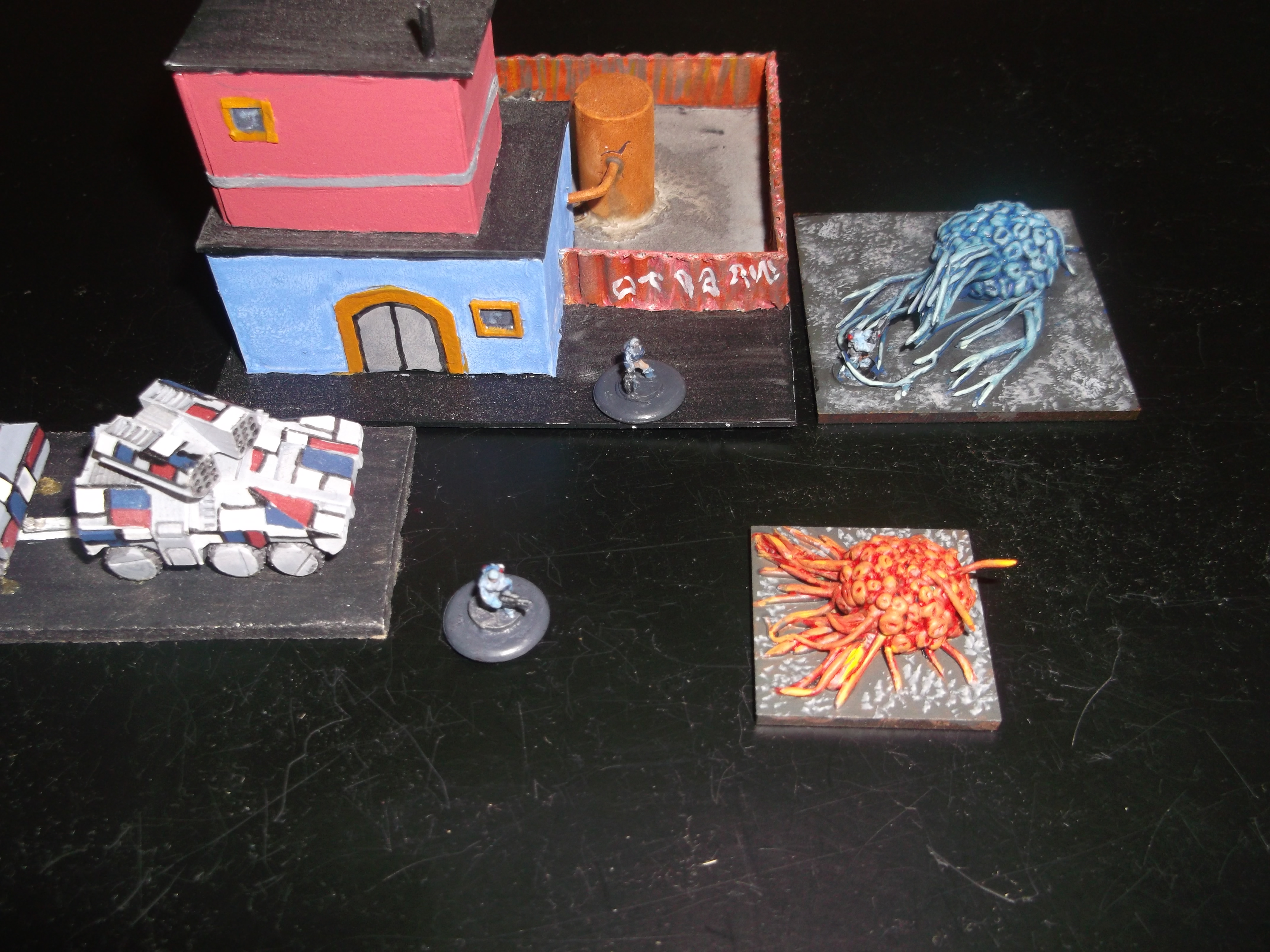 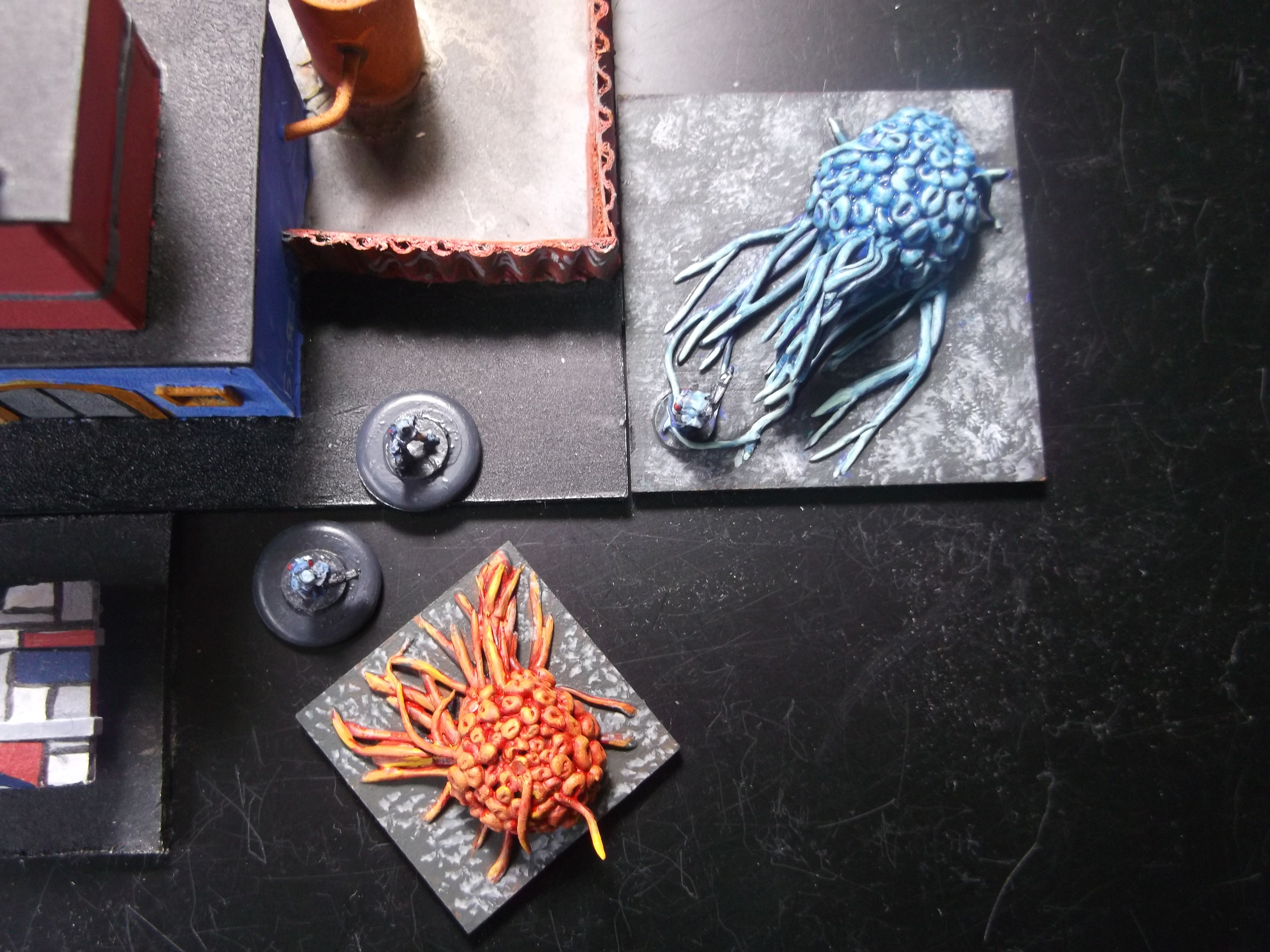