Since Michael is doing such a cracking job in bringing the various towns and locations of Hyborya to life for us I thought I’d try my hand at something a little different.

As I said earlier, I really like the stories of Conan as a rogue or pirate so, after seeing Darryl Hunt’s preparations for Ghost Archipelago over on Daxio’s Uneventful Day, I decided to try and build myself some ships.

I’ve already started on the first one, she’s going to be a Turanian navy patrol/pirate hunting ship

Here’s what I’ve got so far, 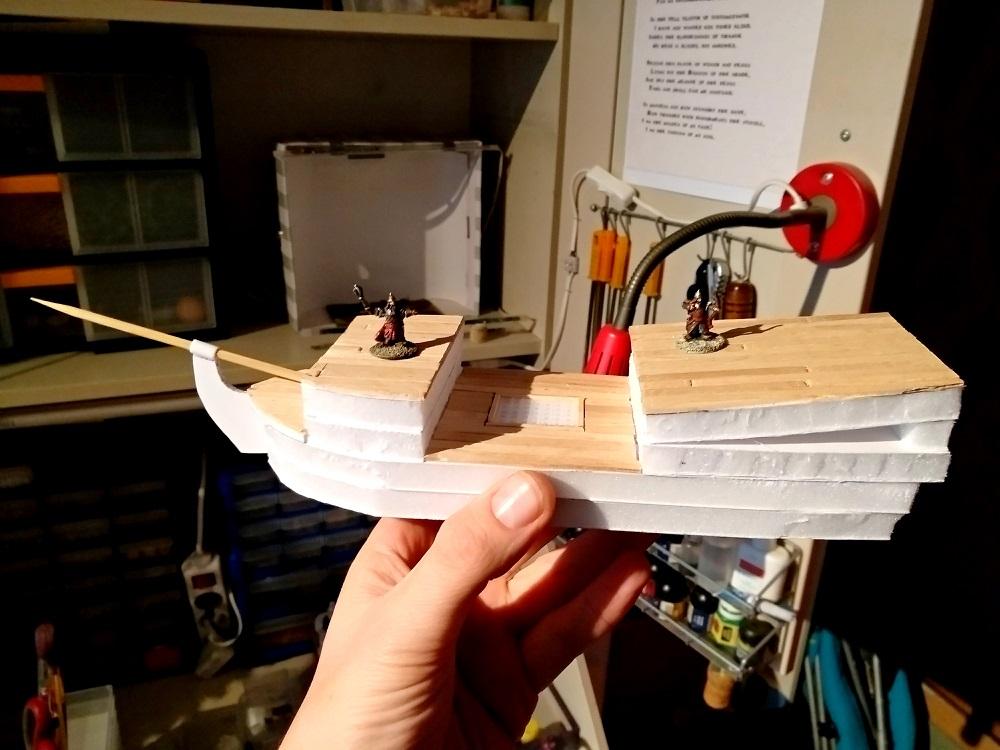 As you can see still lots to do.

I was a bit hesitant at first as this is the first time I’ve ever built something like this ,but I’ve enjoyed it so far and am fairly confident that I’ll end up with a passable gaming piece in the end.

Well that’s it for now, back to the ship yard with me…