Reply To: Conan – What Inspires You?

This is indead what my problem is, for the Vilayet sea its easy the Tripoly pirates without fire arms look sufficiently generic middle eastern to pass for any time period and they fit the general aesthetic of the more eastern nations of Hyboria.

The western ocean is another thing entirely. On the one hand you have vikings, African tribal raiders and what amounts to ancient Egyptians and on the other the Barrachan pirates and the Zingaran privateers which are described as being dressed more or less as conquistadores wearing mohrion helmets and such. 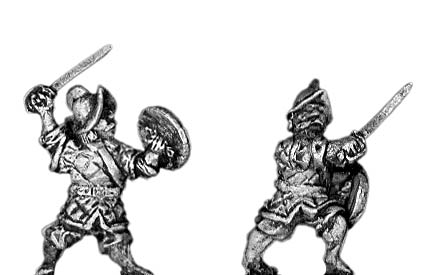 They are nice models and there’s a pretty good selection of them but Conan?

I dunno , I’ve always thought of the aquillonians as fantasy Romano Celtic types so maybe do the pirate types of the western ocean like a fantasy dark age sea people variant?