Blimey, thanks – I’m not sure on that one, his 15mm stuff is my absolute favourite painting style!

Couple of recent bits I hadn’t put up here: 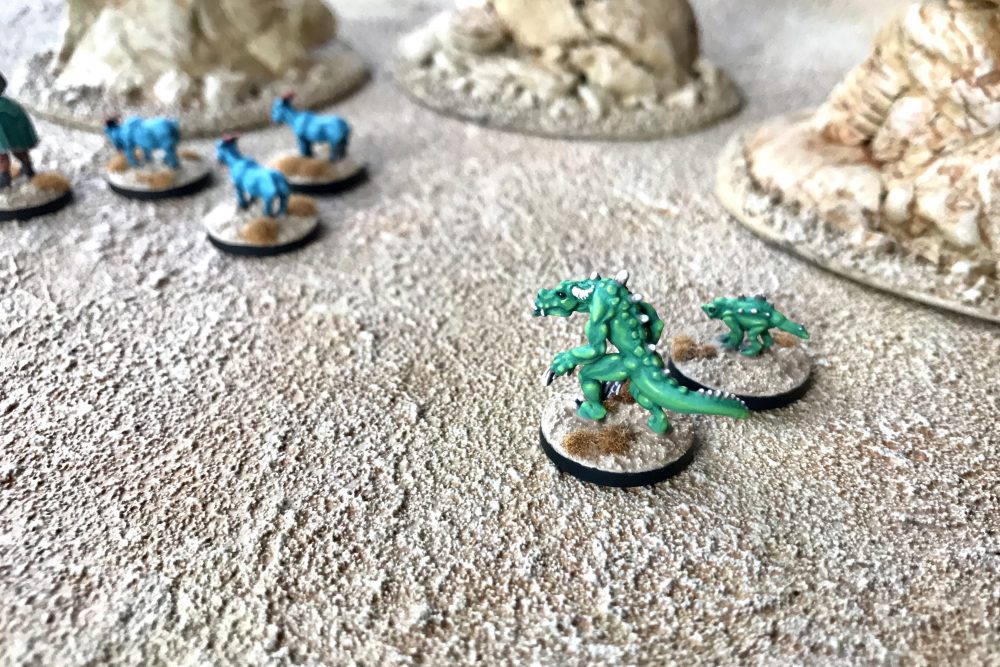 Some hunting beasts from the Slap Minis Space Dorkz kickstarter – I need to make a ‘nest’ for them too. I think they’re meant to be 2 different animals but I like the idea that the smaller one is an infant. The pic’s washed them out a bit, they’re actually quite richly coloured (I’m pretty chuffed with the blending on the large one). 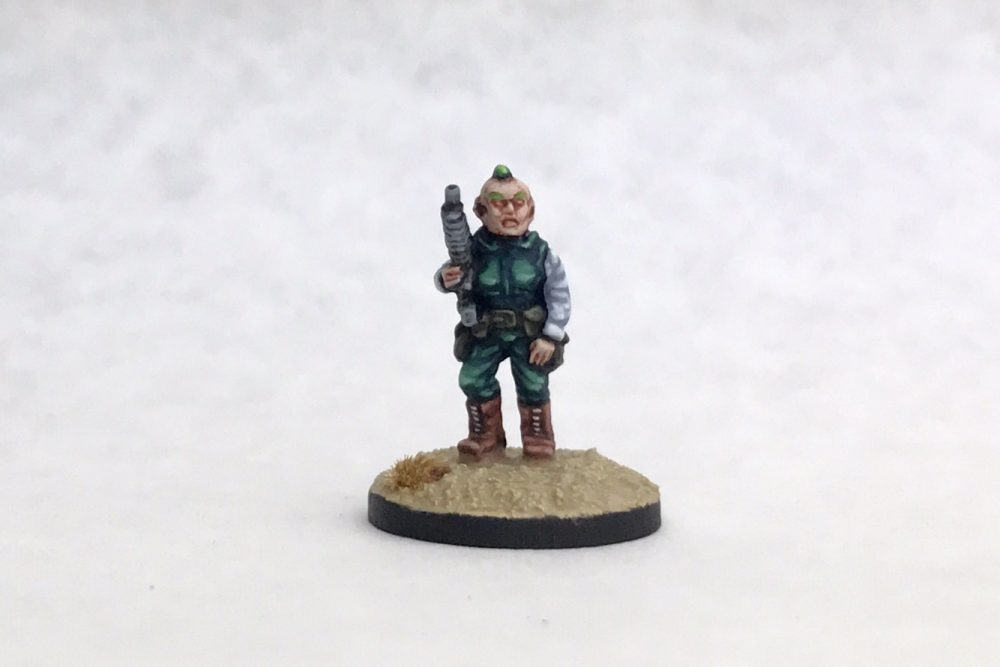 a GZG merc – I had her ‘spare’ from a larger group I’m making with the Mercs (who’ll be lead by one of the Crom’s Anvil Bodyguard’s with a little tweaking). The painting is pretty crap (especially the head) but that’s life – win some, lose some.